Everything You Need to Know About Visiting Iran

Iran is a country that’s shrouded in mystery and misunderstanding. For example, while the country’s name can evoke images of terrorism and dictatorship, it’s actually one of the safest countries in the Middle East and is home to some of its most open-minded people (the agenda of the ruling regime notwithstanding).

Even if you’ve done enough research to begin separating fact from fiction when it comes to Iran, nothing will open your eyes like a visit to the land of the Persian Empire, Zoroastrianism and some of the best food in the world. Here’s everything you need to know about planning an Iran trip.

When to Visit Iran 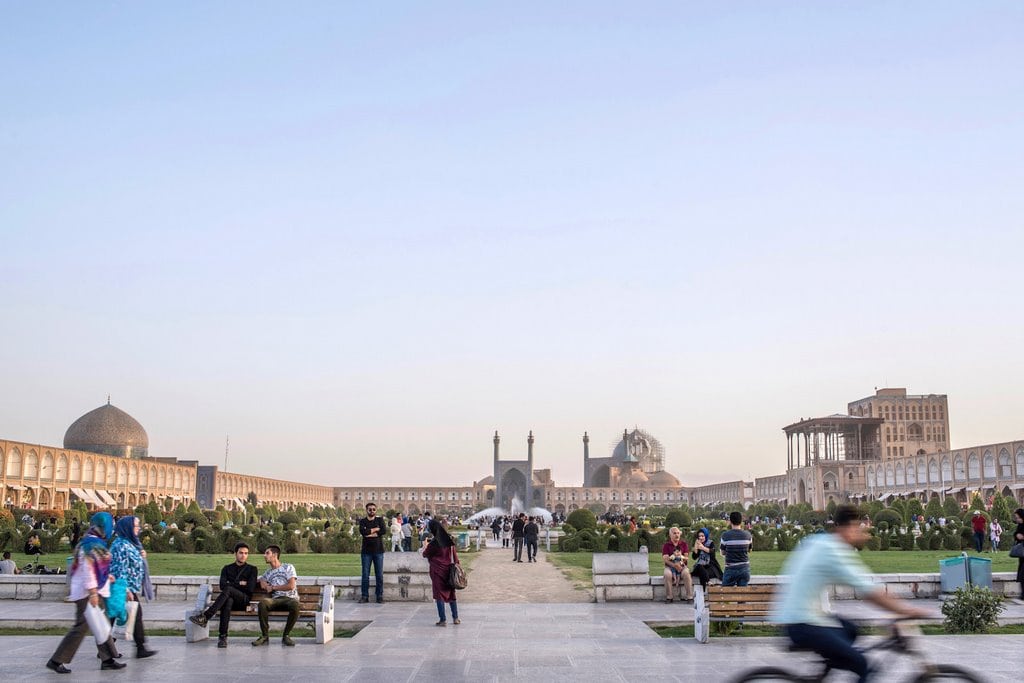 In short, the best months to visit Iran are April and October. These are the two times of the year when the country is neither in the icy grips of winter nor burning in the heat of summer, though you should keep in mind that chilly and scorching temperatures are possible in Iran year-round, depending on where you are and what time of the day it is.

On the other hand, every Iran travel blog out there will tell you that April and October are Iran’s high season, which means that prices are higher and crowds are bigger. This doesn’t mean you should go to the extreme of visiting Iran in winter (unless, of course, you ski) or summer (just no), but visiting in the shoulder months of March, May, September or November could save you money and stress. 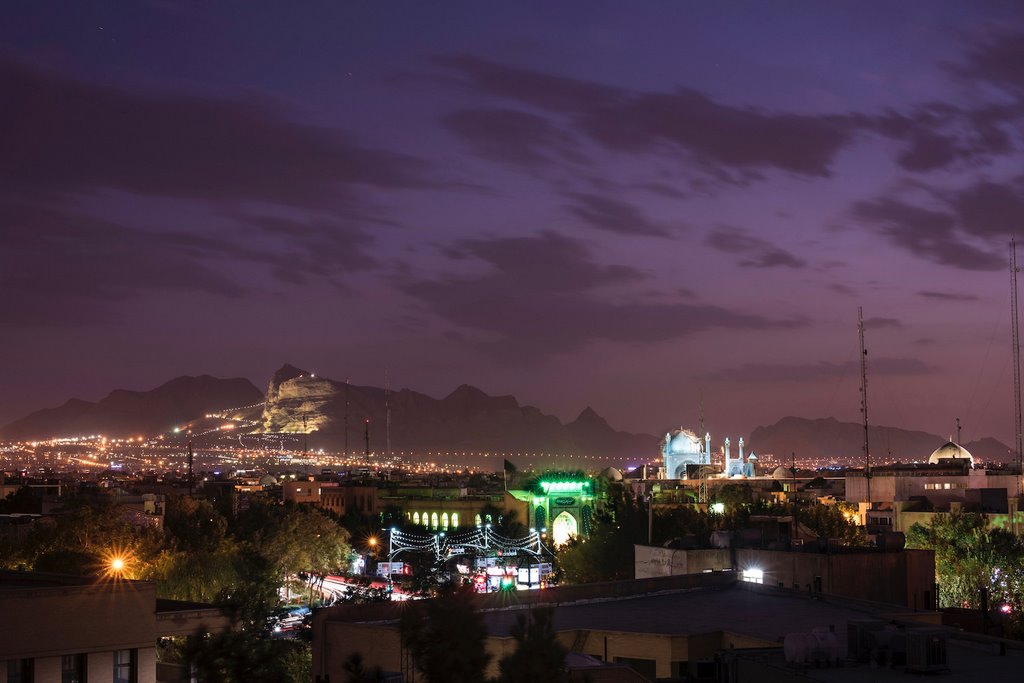 Where to Go in Iran

Land in Tehran and spend 1-2 days there, visiting important landmarks like the Azadi Tower, Tehran Bazaar, and Golestan Palace, and enjoying an evening panorama from the so-called “Roof of Tehran.” 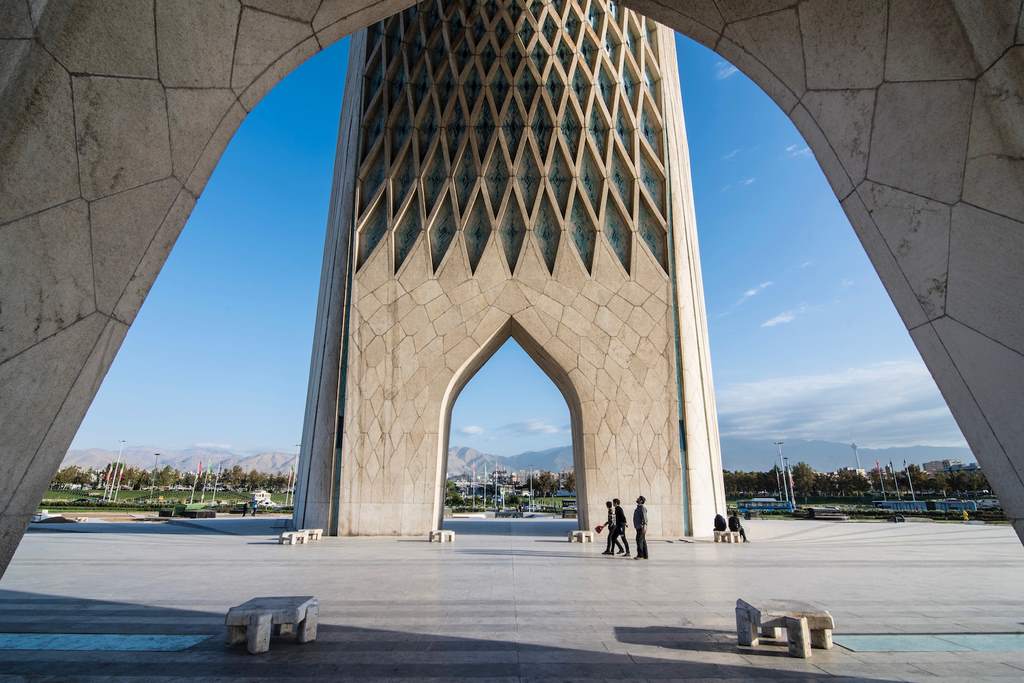 Afterwards, travel south by bus, taxi or train, either directly to the city of Isfahan (famous, among other reasons, for its UNESCO World Heritage Naqsh e-Jahan Square, built by Persian rulers at the turn of the 17th century), or stopping for a day (or night) in Kashan, which is famous for its historical houses. 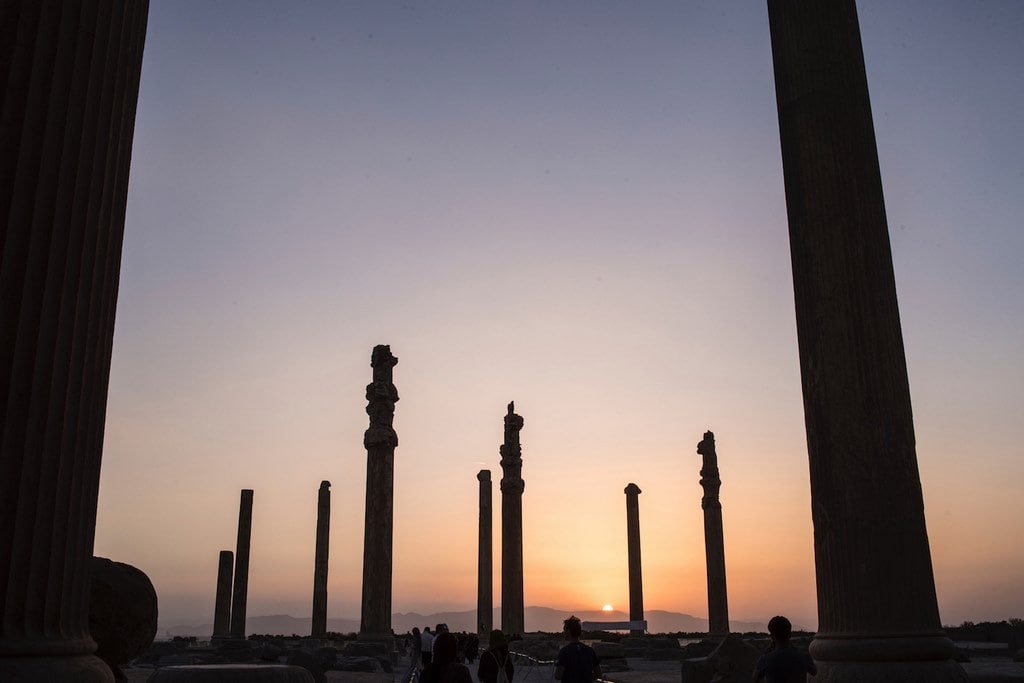 Continue southward to Shiraz, home both to the kaleidoscopic “Pink Mosque” and the ancient ruins of Persepolis, then fly back to Tehran to catch your flight back home—or to somewhere else in the world!

Follow the above plan, but add 2-3 days in the Mesr Desert and 1-2 nights in Yazd (the birthplace of the ancient Zoroastrian religion and, by many accounts, the oldest continuously inhabited city in the world) between Isfahan and Shiraz. 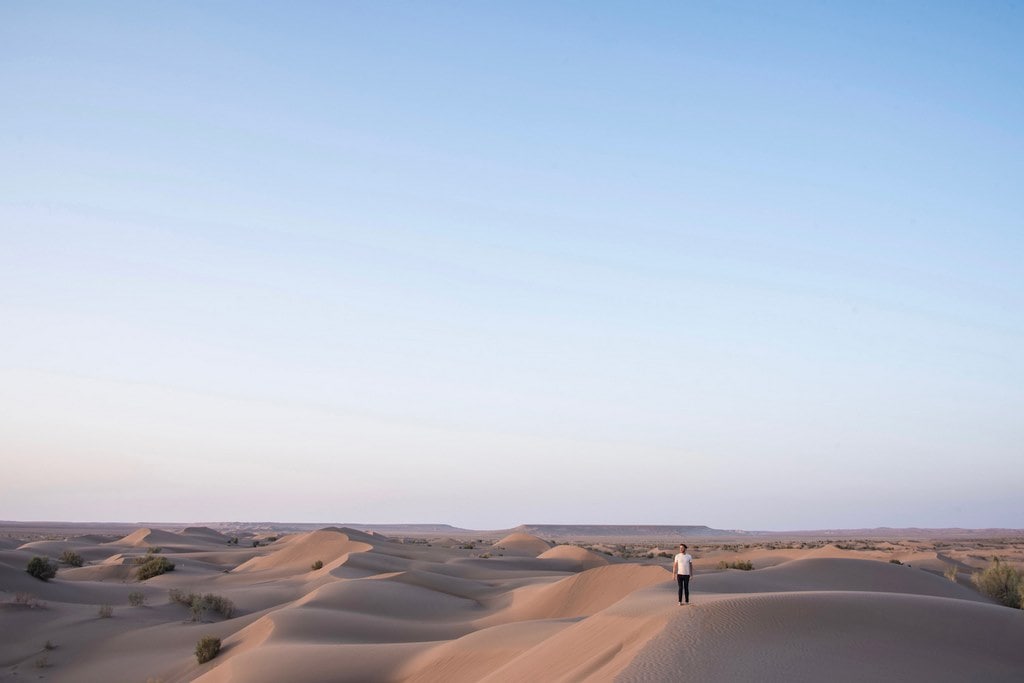 Rather than flying directly back to Tehran, head further north and west to Tabriz, a frontier city with a decidedly Turkish flavor, complete with its own answer to Cappadocia, the ancient town of Kandovan.

If time is not an issue as you plan your trip to Iran, there are a long list of other destinations you can consider. City-wise, you could head to the country’s northeastern Khorasan province, near the border of Afghanistan, and visit holy Mashhad. 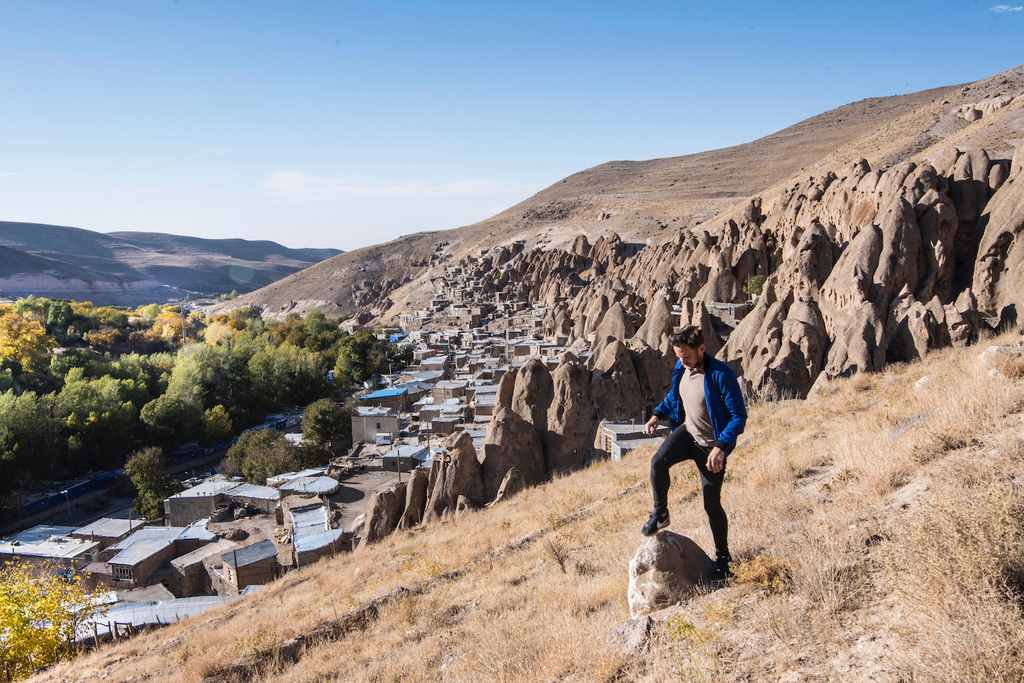 If you’re in search of wild landscapes, you could head to the shores of the Caspian Sea or Persian Gulf (Kish Island is always a great choice) or to the mountains north of Tehran, which are a great spot for winter skiing. The sky is truly the limit when it comes to travel in Iran—just make sure not to overstay your visa! 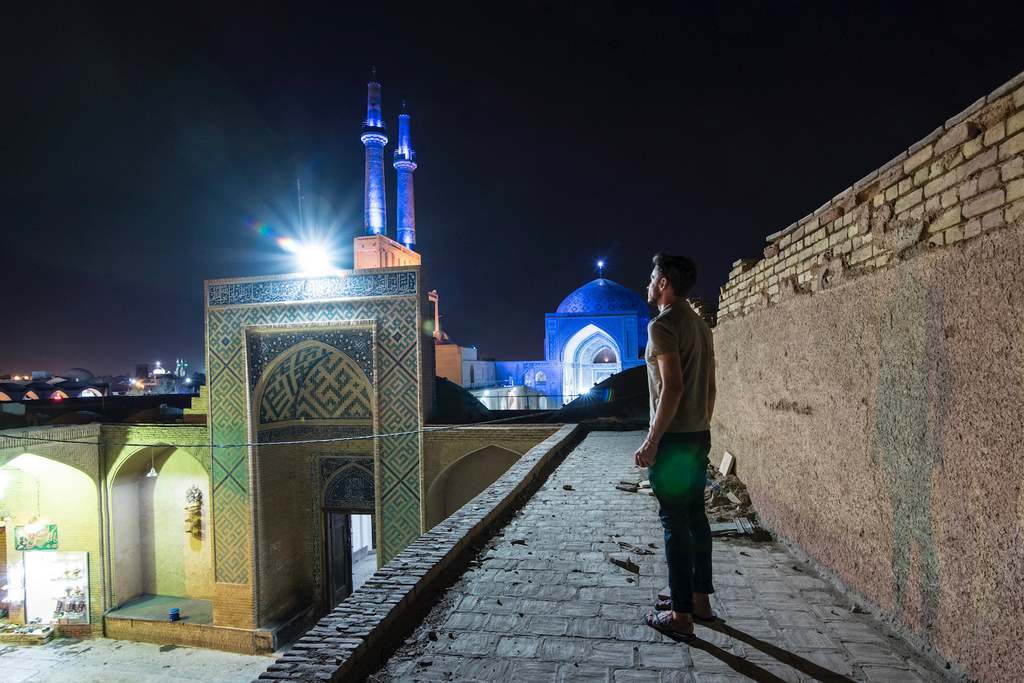 Speaking of visas, nationals of almost every country need one to enter Iran. The good news is that with a few exceptions, you can apply for an e-visa online or purchase one on arrival at Tehran Airport. Visit the Iranian government’s E-Visa portal, where you can learn the rules that apply to your passport. Note that citizens of the US, UK, and Canada cannot get a visa using this method; they must purchase a guided tour, the provider of which will procure the visa for them. Citizens of Israel and travelers whose passports contain evidence of travel to Israel and expressly prohibited from entering Iran, even with a valid Iran visa.

If you want to get your visa authorization code hassle-free, you can get in touch with 1stQuest for a cost-effective, fluent and simple visa application process.

Presuming you’re not American, British or Canadian, independent travel in Iran is easy, though it’s not always particularly independent. That’s because Iran is currently disconnected from the global banking system, which means you can’t make reservations online in advance unless for some reason you have an Iranian bank card. Even if you plan to wing it as you go along, you’ll probably need the help of an Iranian person or travel agency to book hotels and tickets for trains, buses, and flights.

For those who want to travel individually and experience off the beaten path tours, TasteIran is a great choice. On top of booking tours and experiences in Iran, they cover other services such as visas, insurance, flights and more. 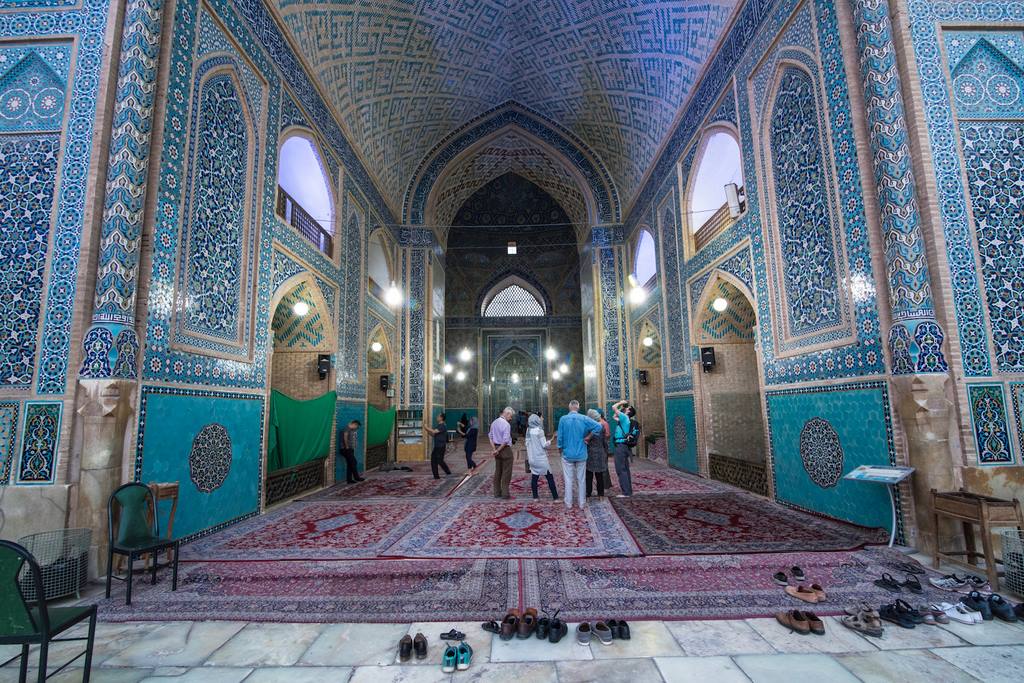 When it comes to the dress code in Iran, women obviously have it harder than men. The Islamic hijab is strictly observed here—you are never allowed to go out in public without a veil covering your hard, or with any part of your body besides your head and hands exposed, ever. On the other hand, Iranian women tend to wear a rather loose version of the veils, and frequently show the front of their hair and also let it hang out the back. Another way to make dressing modestly more fun is to buy multiple veils and color-coordinate them with your travel outfits.

Men obviously don’t need to veil, but there are some important dress code restriction to keep in mind for males travel in Iran. 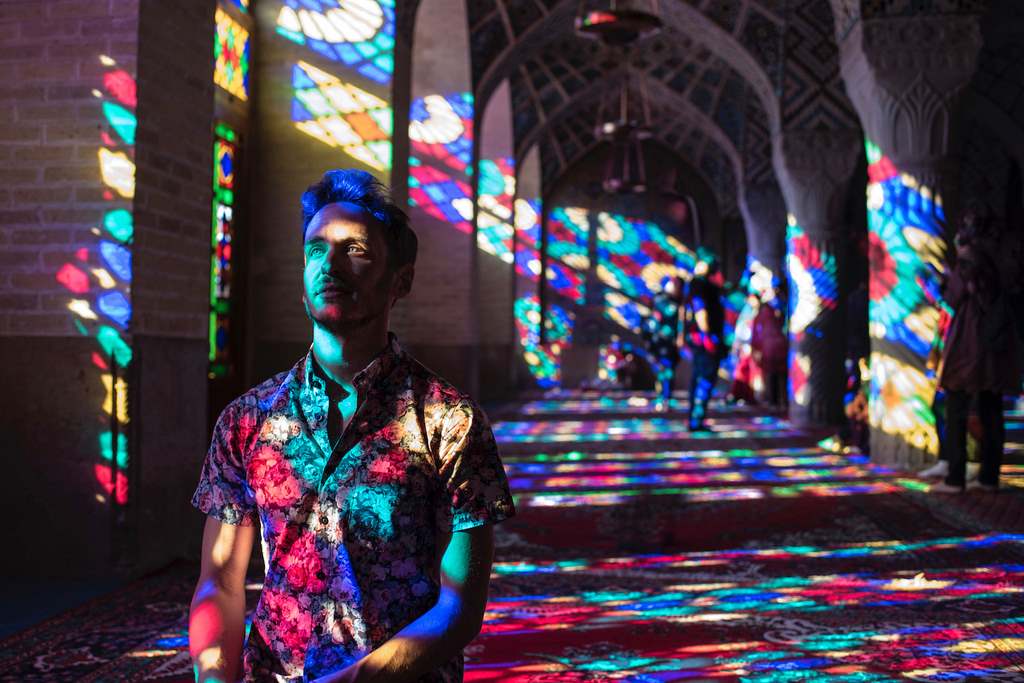 Most notably you can’t wear shorts, which is especially devastating in the summer. You can wear short-sleeved shirts, although sleeveless tanks tops are frowned upon, as are collarless t-shirts, in most instances. You’re free to show your hair, but extremely hairstyles are not encouraged, nor are loud clothing colors and patterns.

I could write an entire article on Iranian food, but that’s a task for another time. Suffice it to say, eating will be a big part of your experience in Iran, whether you’re lunching on succulent kebabs, enjoying a dinner of saucy Gormeh Zabzeh (green herb stew with meat) or enjoying the sweet flavors of saffron ice cream for dessert. Suffice it to say, you can’t drink alcohol or consume pork while in Iran, though honestly, I doubt you’ll miss either. 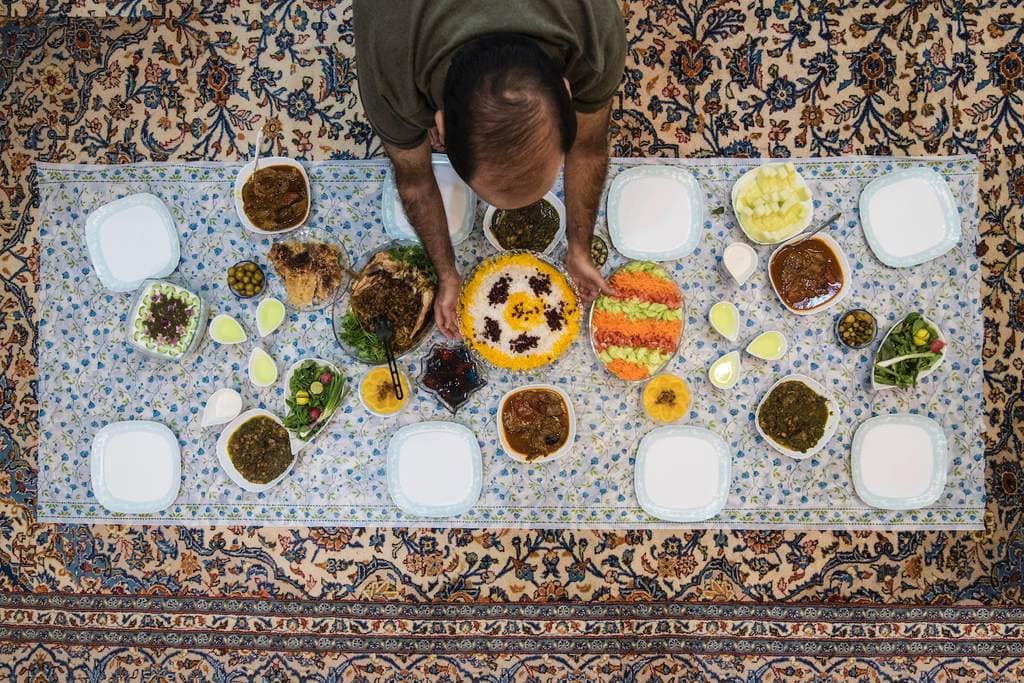 If you’re traveling in Iran independently, you’ll almost certainly enjoy a meal (or ten!) in the home of friendly strangers you meet on the streets. This might sound strange or even creepy, but Iranians are perhaps the most hospitable people in the world and are extremely curious about and interested in foreigners. While you should obviously keep political opinions and alternative lifestyle choices (I say this as a proudly gay man) to yourself in most cases, I have a feeling you’ll be surprised by just how open-minded and even liberal Iranian people are, to say nothing of their knack for hospitality!

Iran is a safe, stunning destination full of hospitable people, priceless heritage, otherworldly landscapes, and delicious food. No matter how long you’re able to stay there, when you plan to visit, whether you plan to travel independently or with a guide and what your gender or natural origin is, there’s something in Iran for you. Don’t believe the hype – but do book your flight to Tehran ASAP. 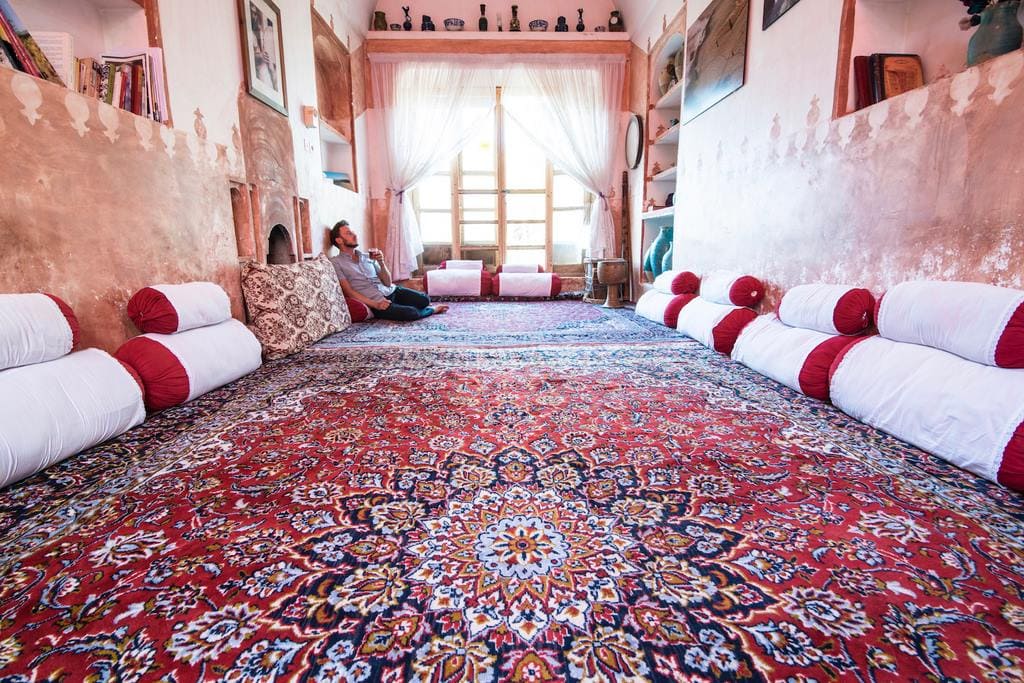