A Guide to the Drakensberg Mountains of South Africa

As the highest mountain range in South Africa, the Drakensberg mountain range is known for its amazing natural beauty, and of course, the idea that it offers a wealth of recreational activities, placing tourists in the ideal scenario for having the best mountain escape experience of their lives.

The uKhahlamba-Drakensberg Mountains is a World Heritage Site, since its home to most of the San rock paintings in the area, and also has the biggest range of plant-and-bird life. This mountain range peaks at 3,475 meters and covers an area of over 1,000 kilometers.

uKhahlamba is a Zulu word and literally translates to “barrier of spears”. The mountain range was named after this word since it so closely resembles it in appearance, with it strikingly dramatic basalt formations. It’s called the Drakensberg range because early settlers believed that the mountains resembled the shape of a dragon’s back. From the panoramic views on offer (which is why it’s a mecca for hikers) to the abundant valleys and rivers, the Drakensberg Mountain Range truly is a natural wonder.

Top Activities in the Drakensberg

The Drakensberg Mountain Range offers an abundance of recreational opportunities, some of which include:

Top Sights in the Drakensberg Area

If you’re planning a visit to the Drakensberg, make sure that you get the opportunity to do some bird-watching.

This area is home to an abundance of birds, its home to over 300 different species.

If you’re set on visiting the Drakensberg area while you’re in South Africa, the right people to get in touch with would be the Drakensberg Tourism Association. Pop them an email to find out more about the accommodation and packages available during the time of your visit.

Visit During This Time

September, October, and November is springtime in South Africa, and it’s also one of the best times to visit the region. Autumn (which falls during the months of March, April, and May) is equally as nice for an exploration adventure.

Summer months in South Africa are very hot and are renowned for its dramatic thunderstorms, while the winter months are cold and are often marked by a thick layer of snow covering the mountains.

Notes on the High Berg

The High Berg area of the Drakensberg is picturesque with its rock buttresses and classic village huts dotting the landscape. Most backpackers will only have the option of staying over in a cave or primitive hut once nightfall comes, but with the idea comes a truly wild and ethnic experience. You’ll have to book caves or huts for accommodation purposes, something which should be done with KZN Wildlife.

Notes on the Little Berg

Little Berg is an area in the Drakensberg which is best known for its pleasant summits, relaxing rivers, an abundance of rock paintings, deep valleys, and dense forests. It’s a very remote yet beautiful part of the area, and the good news is that this part of the mountain range has a great variety of lodges and campsites which cater to the lodging needs of backpackers. If you plan on hiking, make sure that you check out Injisuthi (which is located in Giant’s Castle Game Reserve). Then there’s also Thendele, which can be found inside the Royal KwaZulu-Natal National Park.

There’s really nothing quite as captivating as waking up to a sight that reminds us just how small we really are.

The Drakensberg Mountain Range in South Africa offers you the opportunity to get back in touch with nature on quite a unique level, and the chances that you’ll lose your heart in these mountains, are pretty great. We hope that this post has highlighted the Drakensberg range for you and that you’re now armed with the information you’ll need to book and plan an epic adventure in the uKhahlamba-Drakensberg Mountain Range! 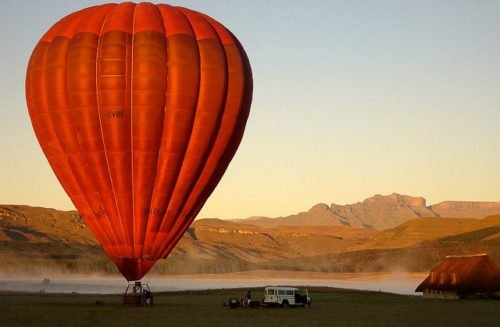 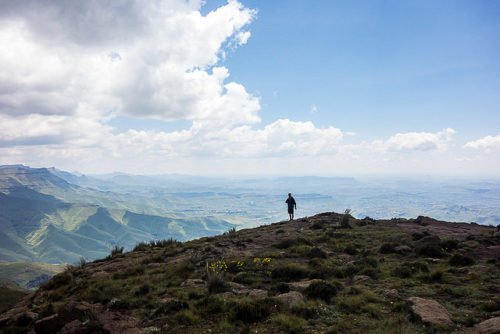 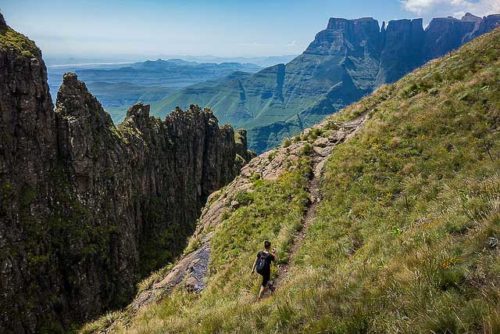 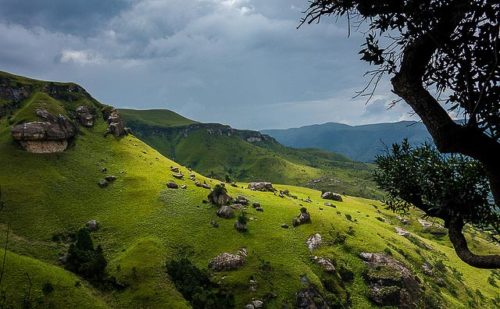 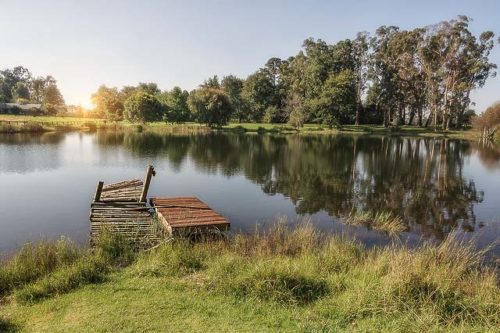 Eric Carrell
Back to Top