When you hear the name Turkey, somehow, you don’t think of Istanbul. You think of beaches, tourist sun-traps and imitation souks. Turkey’s biggest city seems to be constantly overlooked by anyone but the avid traveler. In fact, Istanbul is an exciting city, one that’s a permanent home to an intriguing combination of modernity and history, with a healthy dose of culture and nightlife thrown into the mix for good measure.

Istanbul is a city of distinct districts, the majority of which find themselves characterised by their location – there is a definite divide between the East and the West of the country in terms of architecture. There is a divide, but there’s also a flow – most obviously articulated by the Bosphorus – that connects the two eloquently, and this is why Istanbul is such an intriguing city to explore. 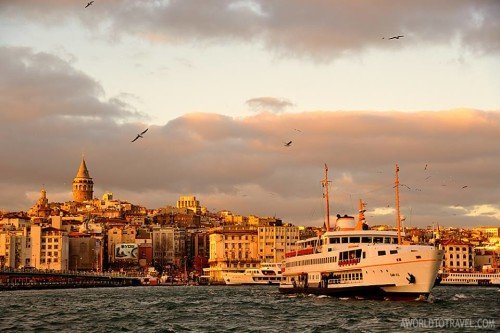 The Bosphorus district is one of the most exciting areas of the city, and is home to a huge range of neighborhoods. From the bohemian to the luxury, the European bank of the Bosphrous is an area of the city that’s adored by those that live there – and it’s not hard to see why.

From the Dolmabahce Palace to Maçka Park, the Beşiktaş and Ortaköy districts hold enough treasures to occupy you for a whole visit, let alone exploring the rest of the Turkish city. 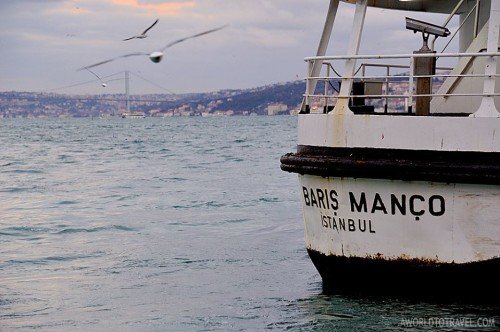 The palace is everything you’d expect from a building that once served as the centre for administration of the Ottoman Empire. The exterior alone is something to behold, but it’s the interior of the Dolmabahce Palace that’s truly worth a visit: grand marble pillars meet dramatic chandeliers and the famous crystal staircase. It articulates such a defining era for Turkey, and offers stunning views of Istanbul over the river. Tours run daily, and cost around 40 Turkish Lira.

Translated literally as ‘Middle Village’, Ortaköy is a hub in the middle of the bigger Beşiktaş distract of Istanbul. Here, you’d find locals and visitors alike revelling in the hip, independent nature of the area. Some say that it’s a little more expensive to eat, drink and shop here than in the rest of Istanbul, but Ortaköy is worth it – the cafes, restaurants bars and indie boutiques that line the streets are the most loved in the city. A day spent wandering along the Bosphorus here is a day most definitely well spent. You’ll also happen across historical and architectural gems, with the Ortaköy Mosque sitting right on the water’s edge. 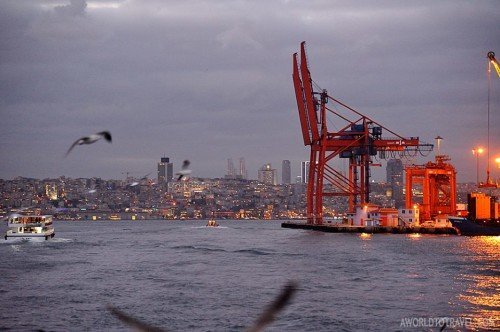 Sitting next to the adored Ortaköy area is Ciragan Palace, which was once home to the last Sultan, Sultan Abdülâziz. He built the place and lived there until his death in 1876 and paved the way for a slightly turbulent few years to follow with the rule of his sons. Today, the palace operates as a five-star hotel, the Ciragan Palace Kempinski, which sits on the Bosphorus alongside the trendy Ortaköy town.

It’s not all shopping, dining and palaces on the European side of the Bosphorus, though – there is ample opportunity to appreciate the history and the culture of such an ancient city. We’re talking about, of course, the Sadberk Hanim Museum. It’s very reasonable to get in, with tickets costing around 7 Turkish Lira, and it is typically open from 10am until 5pm, but always be sure to check opening times before setting out. The museum occupies two wooden 19th century villas – a historical monument it itself – and has a range of exhibitions examining Turkish art history and the archaeological finds that Istanbul is so renowned for. It is well worth setting an entire day aside to thoroughly explore everything the museum has to offer, and it’s particularly picturesque on a sunny day with the Bosphorus running along. Indeed, it’s worth spending a whole trip on the European side of the river – there’s so much to explore, and we’ve only discussed the tip of it all!