This Cuba travel guide uncovers 8 unmissable stops on a Cuba road trip from the West part of the country to the East coast, as well as many other tips to make the most out of your trip. Enjoy!

One of the few last countries that remain self-sufficient, Cuba has a very surreal feel coupled with a bustling ambiance that can be felt when walking out on the streets and plazas.

From the raving capital of Havana to the less explored cities like Camagüey, to the world-famous tobacco plantains near Viñales.

Cuba has a lot going for it, and in this guide, we will explore the country, what makes it interesting, what to do and see as well as some recommendations to make the most out of a trip here.

In this guide, we’ll discuss some of the best places to visit in a Cuba road trip adventure, how you can get here, things you can do and see plus some extra recommendations on when to come and how to make the most of your trip.

Places to See on a Cuba Road Trip

Let’s take a look at some of the best places to see in Cuba so you can ensure you get a four-dimensional experience of this Caribbean island paradise. From West to East, this map showcases the 8 stops of this Cuban road trip itinerary. To cover all of them without rushing too much, a duration of two weeks would be ideal. 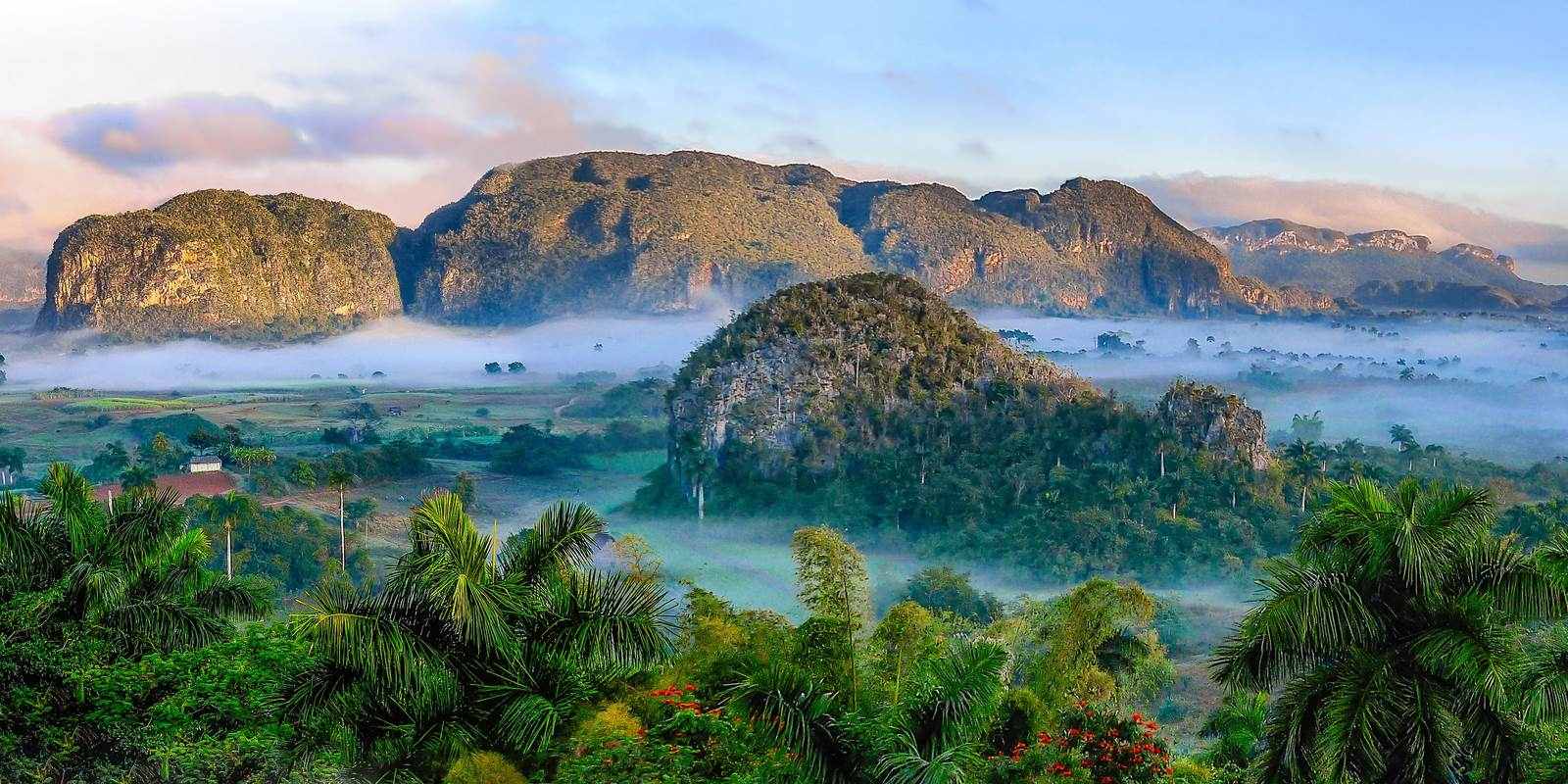 Viñales is located in the Pinar del Rio region and is infamous for its micro-climate which makes it so special for growing tobacco. Getting from Havana to Viñales is easy, where a bus will take you around 4 hours to arrive.

When in Viñales you should opt to visit a tobacco plantation by horse-back, head to nearby Cayo Jutías (easily within my top 5 beaches in the Caribbean!), and hike around the surrounding jungle and mountains. 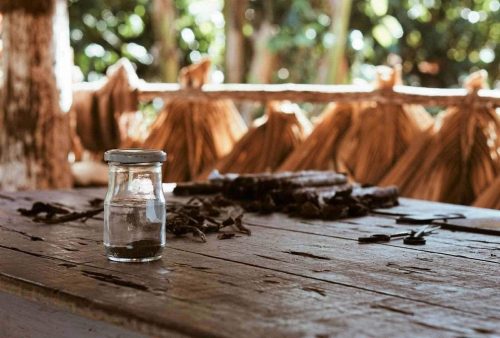 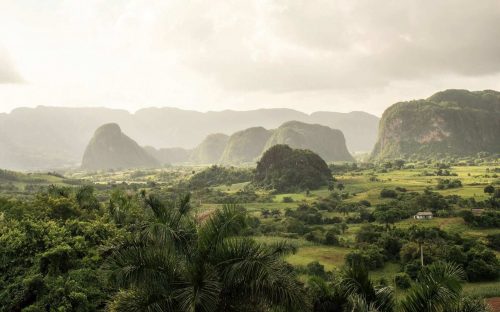 For those who love to scuba dive, you should head out to Maria La Gorda which is on the extreme west coast, which has some of the clearest waters in the country. 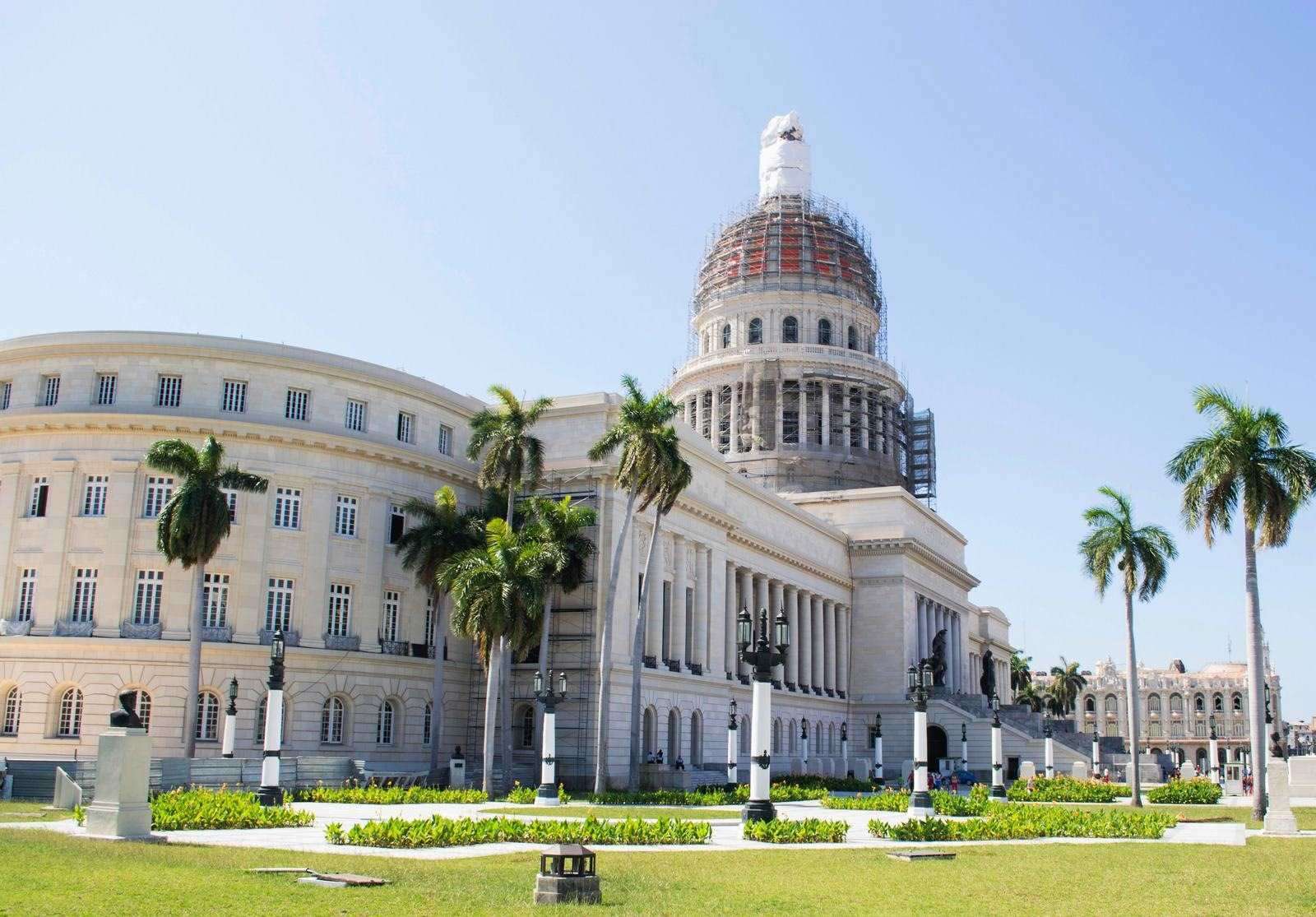 Arguably the most popular on this list, no trip to Cuba can miss out on the raunchy capital that we call Havana. Whilst here you should take a trip to Old Havana. 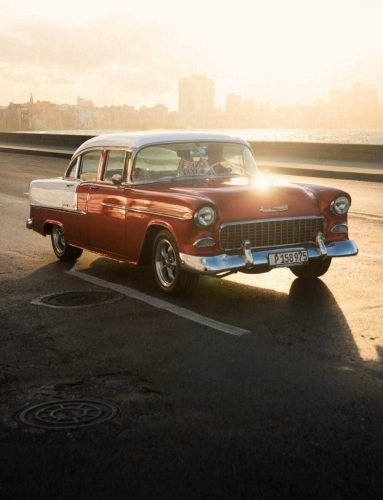 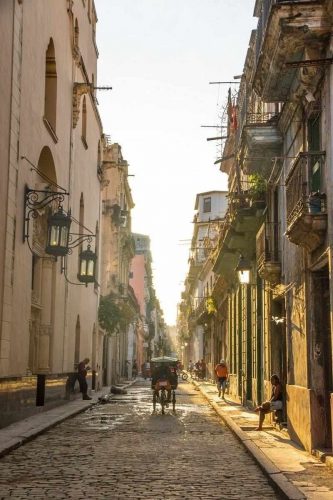 Also, be sure to check out the landmarks of Plaza Catedral and El Capitolio, and also visit the Almacenes San José Artisans’ Market where you can find some great souvenirs if you are into that. 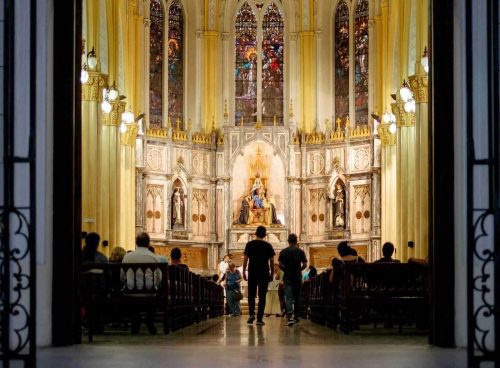 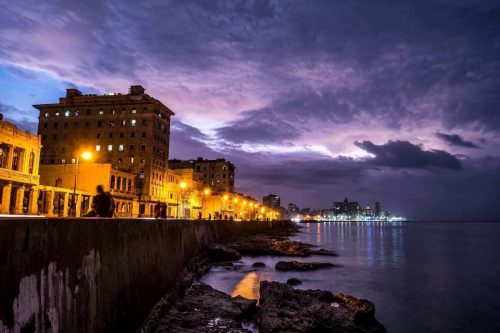 Another cool thing to do is to visit some of the salsa clubs like Tropicana, which offer some of the best nights out in Cuba, and are renowned as some of the best salsa venues in the world. If beach-time is on your list, then head to nearby Santa María del Mar which is barely a 30 minutes drive east of Havana. The beach is practically empty and has a long coastline with golden sands and turquoise waters.

Located about 2 hours east of Havana, Varadero is primarily popular for vacationers as it is one of the most tourist-friendly areas of Cuba.

Those looking for a more “cultural experience” may not be so fulfilled here. However, Varadero and much of the north-east coast of Cuba are home to some of the most stunning beaches in the Caribbean. 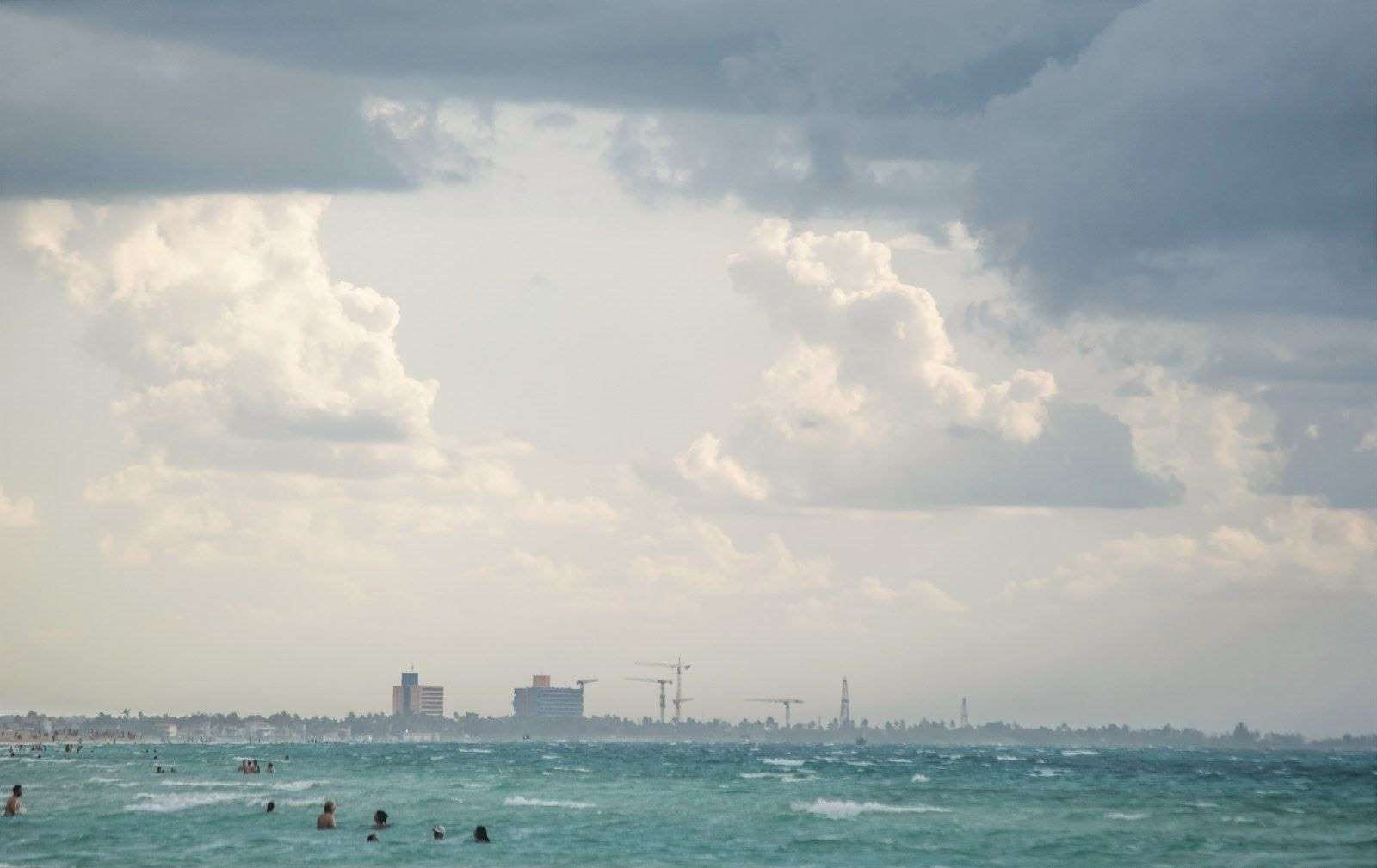 Head to Playa Varadero for some white sandy beaches, with lots of amenities and entertainment on your doorstep to enjoy! 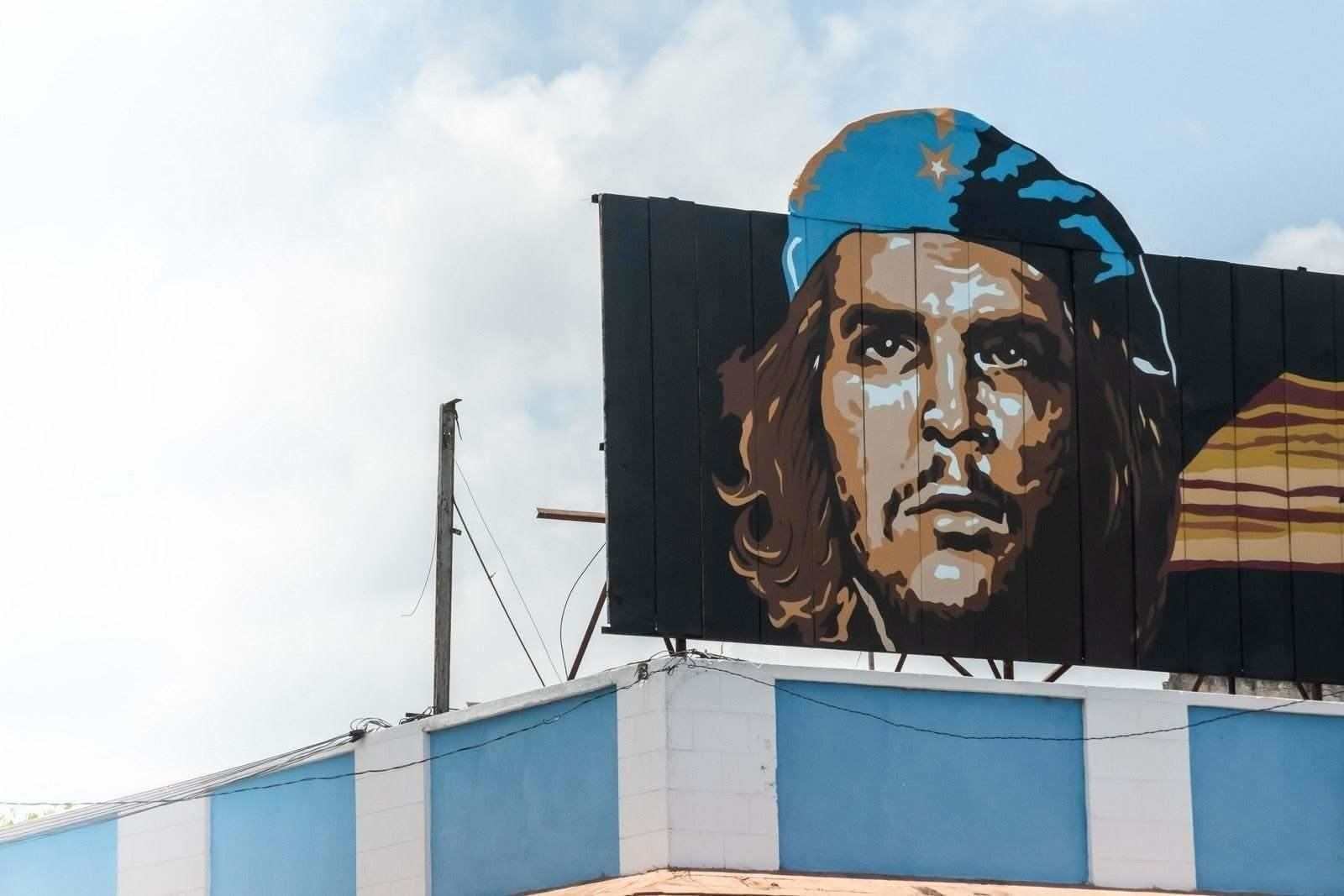 Next up on our list. Cienfuegos is great for architecture and is notably different from Cuban cities due to its heavy influence from French settlers who first arrived here. 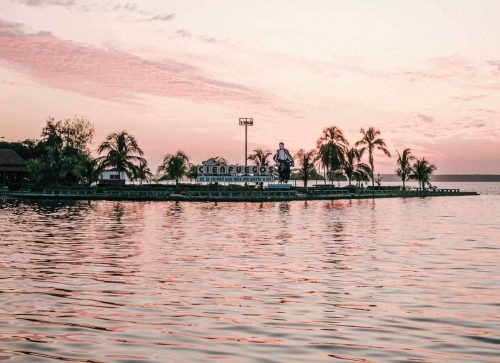 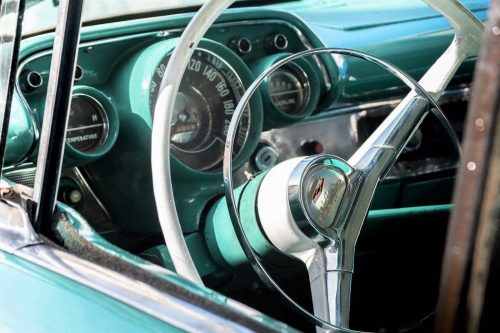 Some of the best things to see here include the José Martí Park, Catedral de la Purisima Concepcion and the Palacio de Gobierno, which are all cool buildings with different styles.

Head to Laguna Guanaroca to breathe in some nature and spot wild birds such as flamingos.

Located in the Central region of Cuba, Santa Clara was a very important city during the revolution of Cuba. There are tonnes of historical monuments and key points of interest here.

You should first head up to Loma del Capiro, a small hill, which involves a tiny bit of a hike but has some great views over the city. 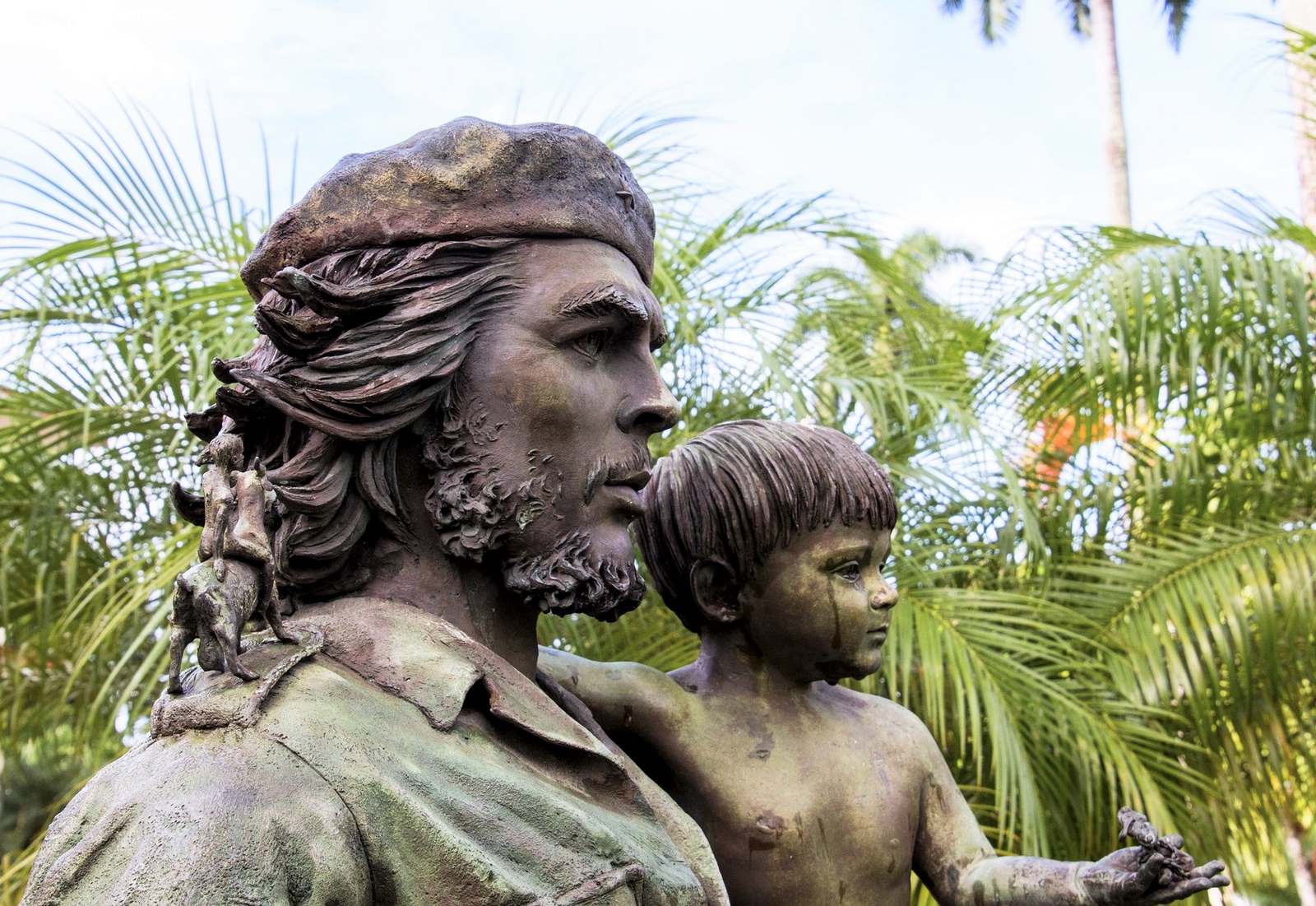 For those looking to learn more about history, head to Cafe Revolución along the main street and also the Che Guevara Mausoleum, which has a small entry fee, though is quite impressive the number of details and small things which you can learn about the war.

This colonial town lies a few hours south of Havana. Famed for its beautiful plazas and picturesque cobblestone streets, Trinidad is a great choice for those who want to see more off Cuba and not just what they find in Havana and nearby.

As well as taking in the views, you should head to Disco Ayala on one of your nights, which is essentially a club located in a cave! 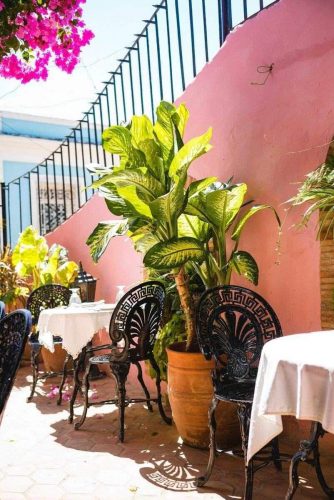 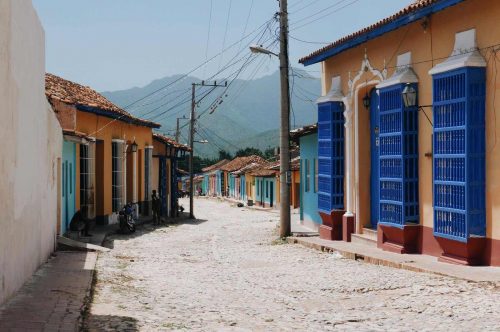 You should also check Playa Ancón, which is rated as one of the best beaches in Cuba and is only a 20-minute drive from Trinidad. 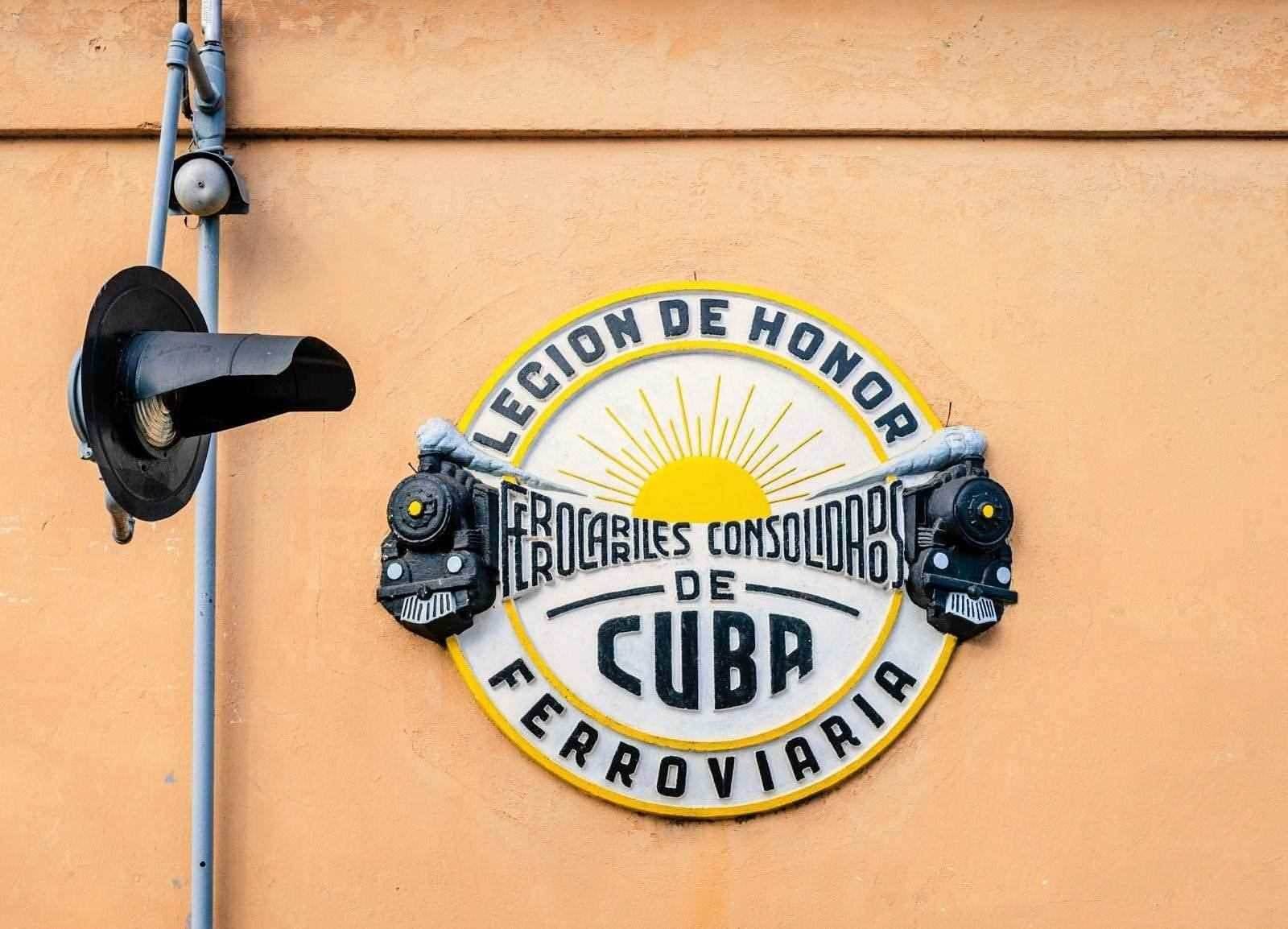 The third-largest city in Cuba also happens to be one of the least visited on the island. Located roughly in the middle of the island, many tend to miss out on this area when they should definitely not miss out!

Camagüey is where you can see “the real Cuba”, the kind where there are no performances or acts to bring in tourism, but simply Cuban life at its finest.

Check out Ignacio Agramonte landmark, and go for a stroll in the Casino Campestre park. 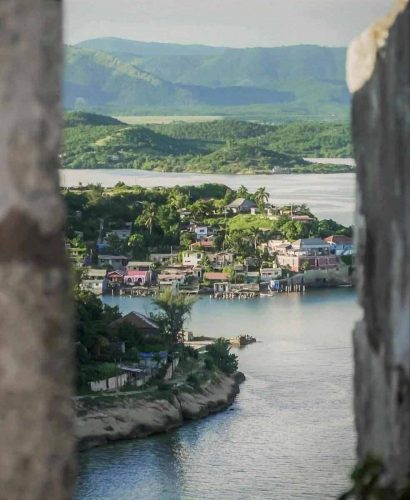 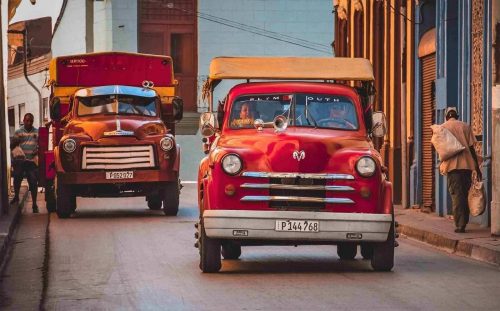 Located in the south of the island, Santiago is as the Caribbean as it gets here! Temperatures are hotter, and also the Afro-Caribbean heritage and culture here which can be found on almost every street in the form of public dances and parties. 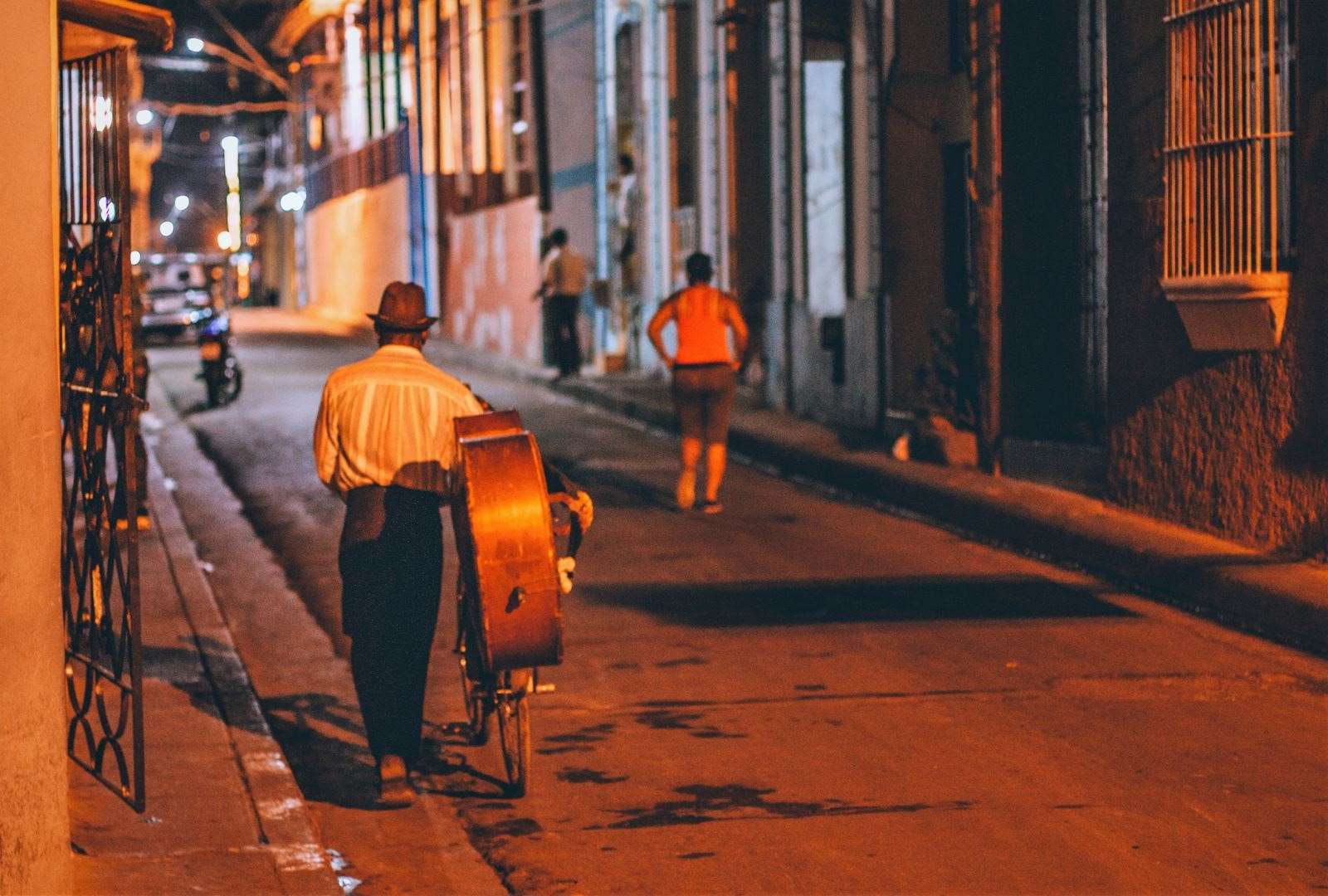 Head to a salsa club and drink some of the best rum in the country. The infamous prison facility of Guantanamo Bay is located not far from here, so for those interested, you can opt to visit a prison in your spare time (not all of it is open to the public, but is still a very visceral experience).

Why Travel to Cuba?

Cuba is simply an outstanding country. The culture and traditions there have remained virtually untouched due to the country’s decision to lock itself from the world, and as a result, give the country a very different feel to any others in the region. 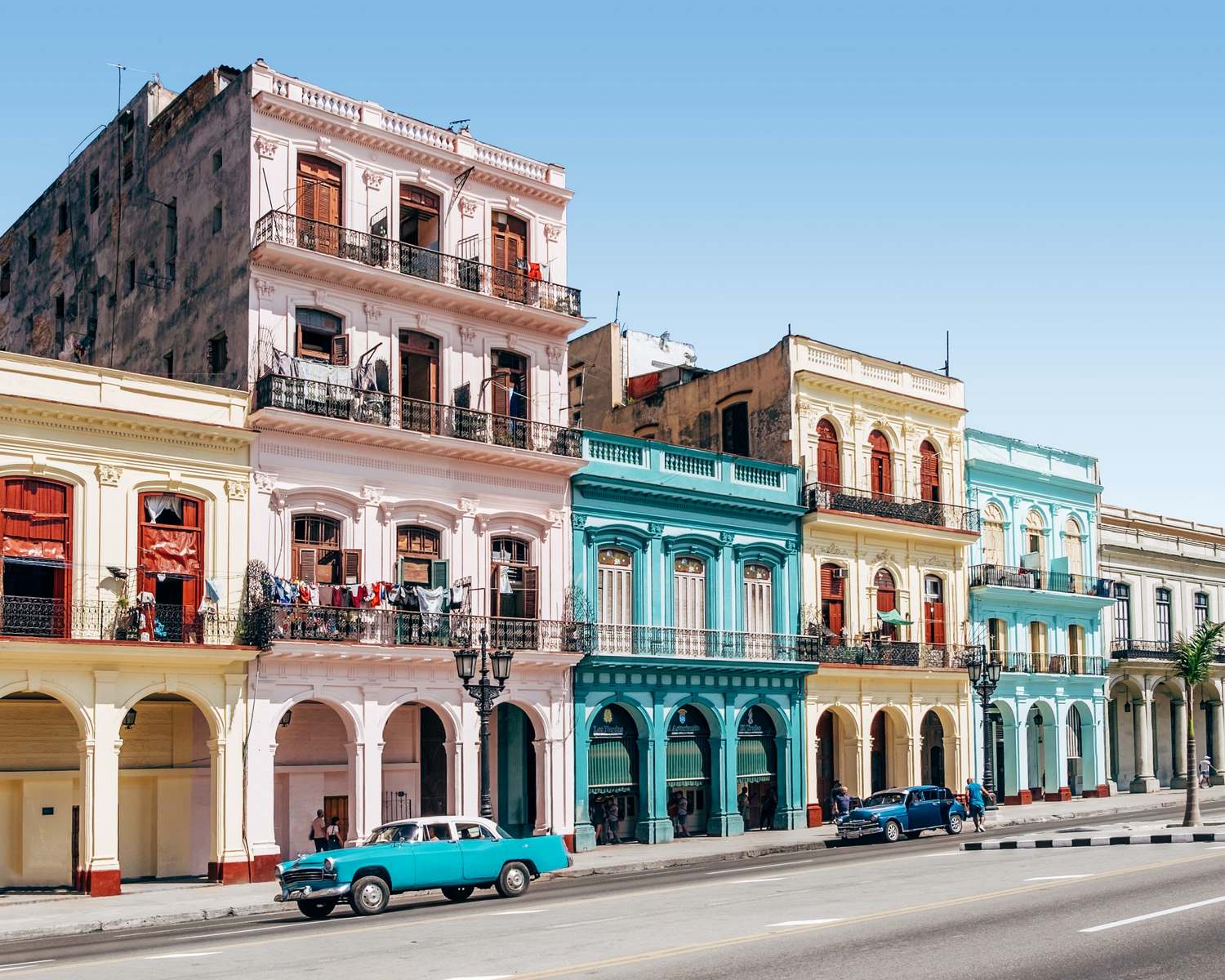 Despite what people may have told you, Cuba is safe to travel to, and visiting just to get a feel of the country is a good enough reason. Simple things such as walking around the plazas and watching the classic cars wiz by will make you feel as if you are trapped in time.

How to get to Cuba?

The only thing that can get tricky is getting there. For the majority of nationalities around the world, things are quite easy and only a VISA is usually required to enter. However, those from the USA can only “enter” if visiting under one of several special categories, which can easily be found online.

Although there’s a simple way to skip this by flying into Cuba from another destination, such as Cancun in Mexico which also has some of the cheapest flights into Havana.

When is the best time to visit Cuba? 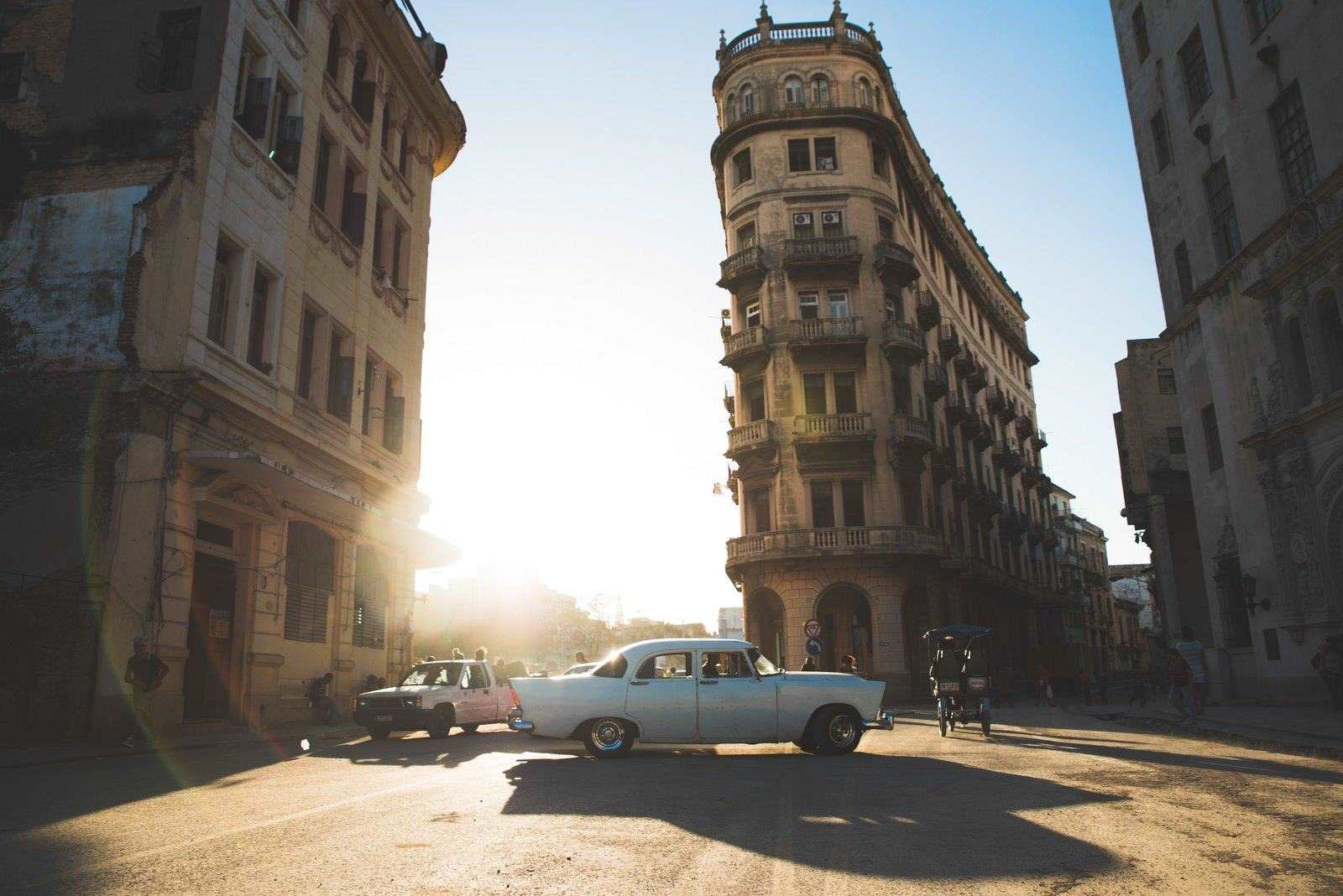 The best time to visit Cuba if you want to avoid rainy weather as much as possible is the so-called ‘dry season’. It goes from December to May; and during those months most days are warm, sunny, and with temperatures that go from 26 to 31ºC during the daytime and pleasant nights around 20ºC.

Still, like every other Caribbean destination, there’s no way to completely avoid showers from time to time. So be aware of that and pack a light raincoat if you don’t want to get wet!

Where to stay in Cuba?

Although hotels can be found all across the country, especially around some of Cuba’s world-famous beach spots, one of the best – and unique – ways to uncover this destination is staying in casas particulares. A sort of Cuban Airbnb that will take your experience to a whole new level.

Where to eat in Cuba? 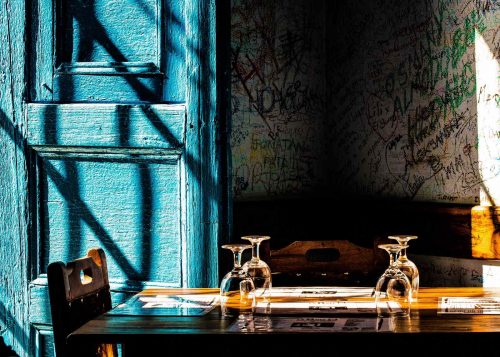 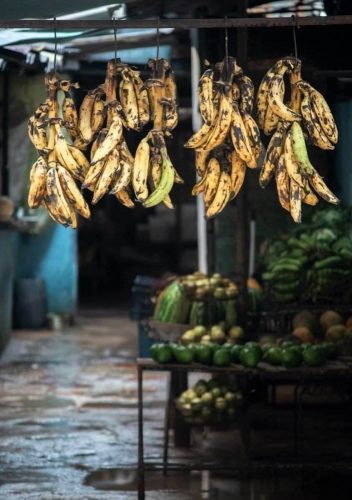 With scattered supermarkets where products can go out of stock easily, your best option is to stop for lunch at one of the restaurants every touristy spot has. The aforementioned casas particulares usually include a hearty breakfast and dinner – in many of them – can be also ordered ahead of time.

Best countries for food lovers across the world

In this guide, we have briefly explored Cuba, why you should visit (now rather than later!), and safety expectations when visiting the country.

We also looked at eight of the most popular cities and destinations, including what to see and do as well as a few of my own personal recommendations from the beaches and popular landmarks that I enjoyed in each one! Hopefully, you should now have a much better idea of where to go outside of the ‘obvious’ Havana when you are ready to head further afield.

Daniel James from Layer Culture is a cultural traveler based in Colombia who dedicates his time to learning Spanish whilst exploring life in both Central and South America. 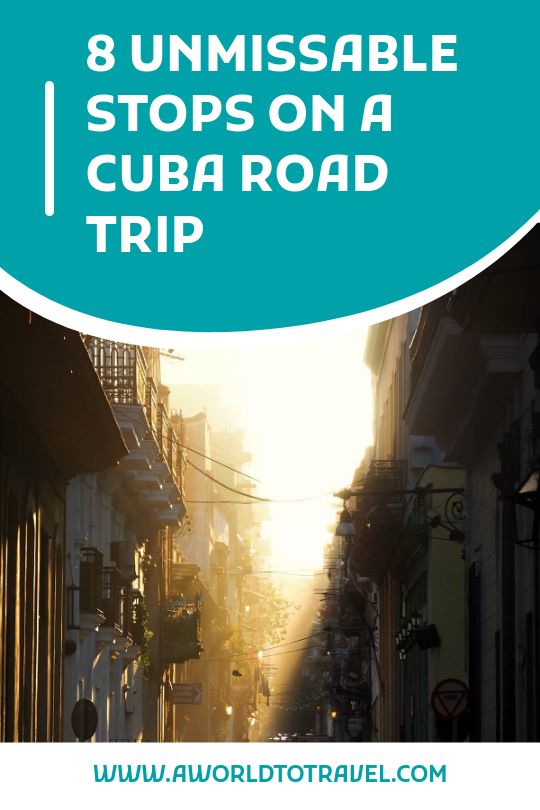