Costa Rica: Pacific vs. Caribbean – Which Coast Is For You? 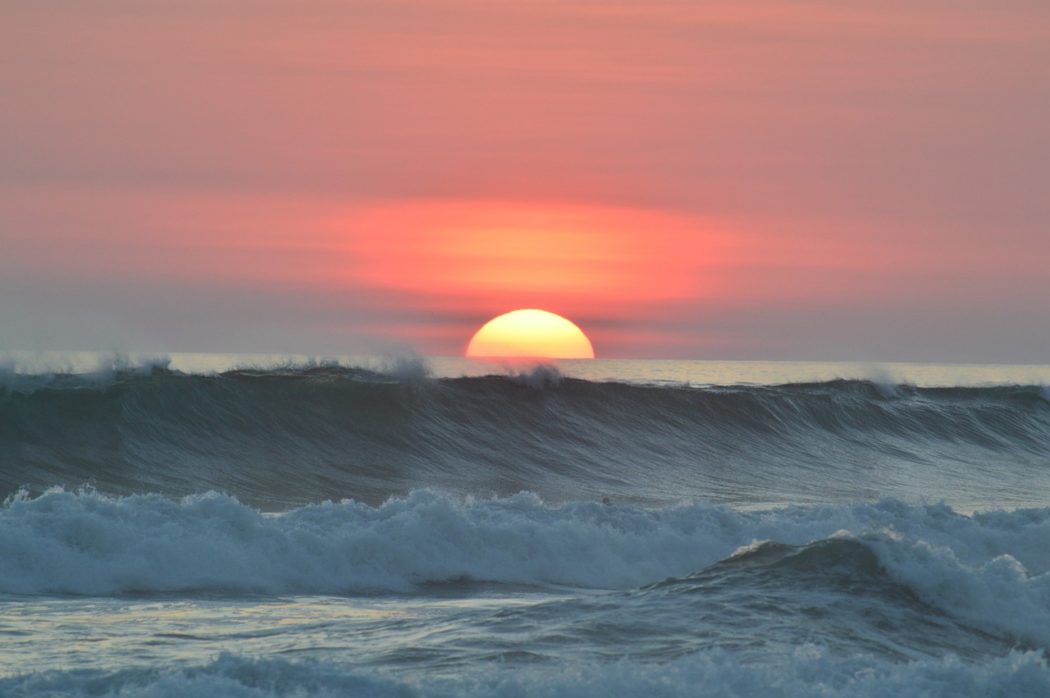 Costa Rica is located in Central America and therefore gets the benefit of both the Pacific and Caribbean Coast. If you have at least 3 weeks to explore this amazing country, go for both! But if you’re under time constraints, choosing one or the other may be your only option. So how do you choose? The best choice can be determined based on your interests, budget, time of year, and travel style. Costa Rica: Pacific vs. Caribbean.

The Pacific Coast is more popular among tourists due to the more developed beach towns in the area: Samara, Tamarindo, Nicoya, Montezuma, Nosara, Dominical, Santa Teresa, Uvita, Manuel Antonio, and Drake Bay. Throughout the Pacific Coast, you’ll find a variety of accommodations including luxury hotels and budget-friendly backpacker hostels. The towns are packed with a number of restaurants, bars, markets, yoga studios, and local language schools.

The Pacific maintains more national parks than its counterpart on the Caribbean, making it a great place to spot the usual howler, white-faced Capuchin, and spider monkeys. The Pacific also maintains a number of reserves including wildlife refuges, tropical dry forests, rain forests, mangroves, wetlands, and coral reefs. You might also get lucky and spot dolphins and whales on this coast as they migrate to Costa Rica throughout the year.

Up and down the coast you can find surf breaks for various levels of surfers, making it easy to move from one spot to another. There are tons of surf schools throughout making it a great choice for beginner-intermediate surfers looking to practice their skills, while advanced surfers will be able to easily spot a point suitable for them.

Distinct wet and dry seasons make it easy to decide the best travel dates. December-May is considered “Summer” (dry season), with an exceptionally dry period from January-March. You will likely find zero rain during this time, every day being hot and sunny. The further North, the longer the dry season. However, visiting during this time is sure to be more expensive.

Although infrastructure has led to an easier commute to this Caribbean paradise, the slower development has allowed it to preserve its natural charm and authentic cultural vibe. This coast lacks big, luxury chain hotels and instead you will find more eco-lodges, small boutique hotels, and backpacker hostels. Due to it being a low-key destination, prices in general in this area tend to be cheaper than the rest of the country.

The Caribbean has taken traditional Costa Rican dishes and spiced them up–literally. With an abundance of local flavors like coconut, ginger, curry, cinnamon, and chili peppers, the cuisine is especially unique to the region. The laid back Caribbean vibe is the perfect setting for palm tree-lined beaches, tropical turquoise waters, and soft white sand. The people are warm and friendly in the air of pura vida making it the perfect relaxing, pina colada-on-the-beach vacation.

The beach town of Puerto Viejo is well-known for its nightlife unlike anywhere else in the country. Most bars line the beach promoting happy hours, and specials throughout the day. You can find live music almost any night of the week, and dancing is required! The Caribbean loves reggae, roots, and dance hall, and parties last well into the night, making it the perfect place to let loose.

Though there are fewer national parks on this side, many species are unique to only the Caribbean; Toucans, macaws, white-faced Capuchin monkeys, and sloths are incredibly common to see. A variety of sea turtle species nest on the beaches of Tortuguero National Park and Cahuita National Park and the crystal clear waters allow for some of the best snorkeling due to the liveliness of their coral reef preserves. The Jaguar Rescue Center and Sloth Sanctuary can both be found on this coast.

In January 2017, Shelly left everything behind to start a new life in a country that was calling to her, Costa Rica. If she hadn't made that move, she would never have thought to intertwine and explore her passions for writing and travel.