On the lookout for some of the best climate change charities and nonprofit global warming organizations working towards a better future for humanity? Then you are in the right place.

Maybe you think about donating to a climate cause as you watch wildfires burn in Australia and California, ice shelves shatter in the Arctic, and glaciers break loose in Antarctica, all at the same time. Climate change drove the news cycle for the past few years, from the Global climate strike, Greta Thunberg’s climate change speak, Green New Deal, to the U.S.’s transition to a clean energy economy.

Which nonprofits should you support?

WHY SUPPORT A CLIMATE CHANGE CHARITY 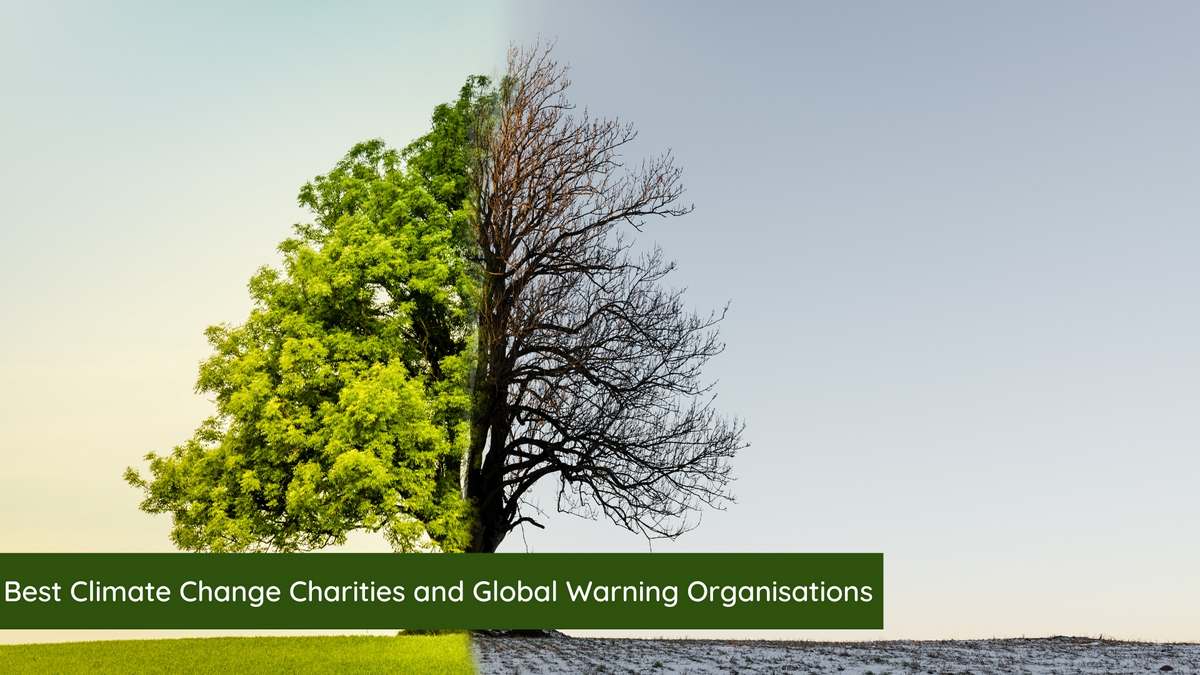 Climate change is the biggest challenge humanity will face. Yet, our global response has been outrageous, causing more climate problems. Over the past decade, our carbon dioxide has risen to 11%. We need to reverse that trend, and we need to do it fast.

Contributing to a charitable foundation displays the best of human nature and pushes more action for climate change organizations.

But what exactly can charitable efforts on that scale do to slow the pace of global warming?

Climate change charities spend significant sums and efforts to increase public awareness of the problem and help people cope with its consequences. They do this simply because people have already lost their homes, livelihoods, or loved ones because of the changing climate.

All of us want to do something for positive change, so we turn into organizations dedicated to defending the environment and advocating for a green economy. Most of these nonprofits have been investigated and reviewed by Charity Navigator. If you’re considering supporting a particular cause, try searching for it on Charity Navigator or other “watchdogs,” as they sometimes provide a unique perspective.

They stand behind their missions and have the clout to get big things done. They operate on a large-scale, whose work has a broad scope. Check out these ten best global warming charities and global warming organizations until you find what fits your priorities and what suits your cause.

Coral reefs, or the “rainforest of the sea, “are some of the most biodiverse and productive ecosystems on earth. But coral reefs are endangered because of various factors such as hurricanes, El Nino, overfishing, destructive fishing techniques, coastal development, pollution, careless tourism, warming seas, and increasing levels of co2 in the water because of global warming. 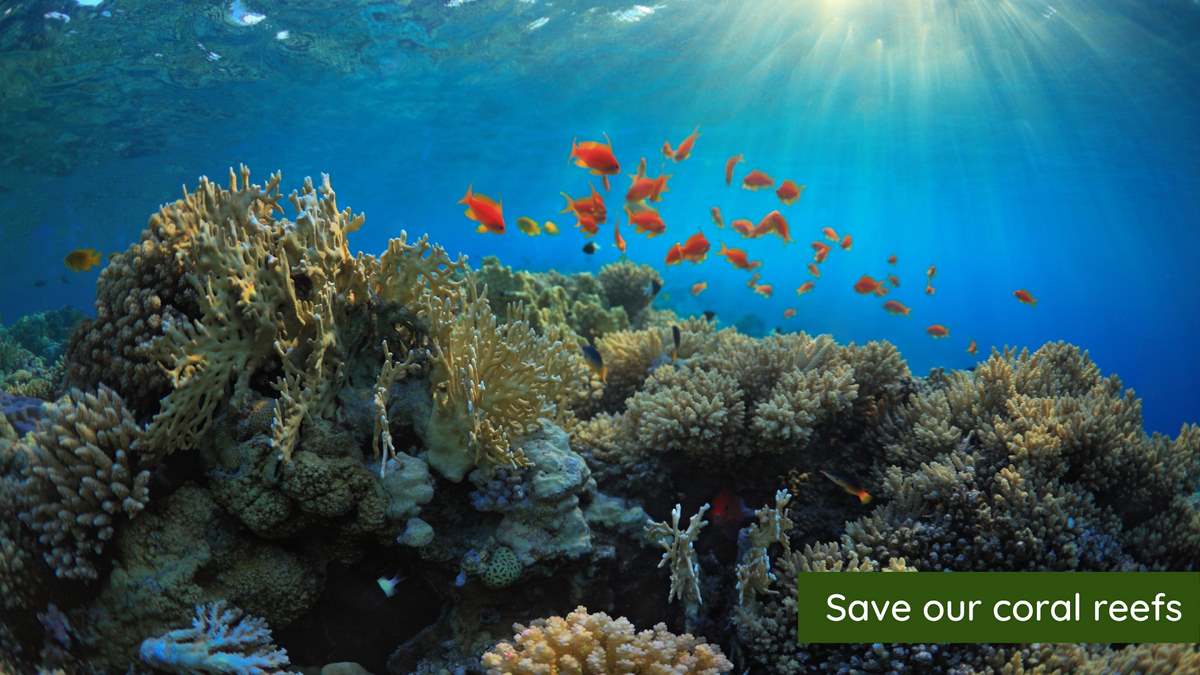 Coral Reef Alliance is a nonprofit organization in San Francisco, California, whose mission is to bring awareness of coral reefs’ extermination worldwide.

The Pelorous Foundations also support the Coral Reef Alliance to search for real-world conservation solutions to improve the entire marine ecosystem. Coral Reef Alliance works collaboratively with communities to reduce direct threats in ways that provide lasting benefits to humanity and wildlife. They also actively expand scientific understanding of how coral adapts to climate change and apply these studies to give coral reefs the best chance to thrive for future generations.

Only 3% of the world’s water is freshwater, and two-thirds of that is in frozen glaciers or otherwise unavailable for human use. As an outcome, approximately 1.1 billion people globally have no sufficient access to water, and 2.7 billion people don’t have access to water for at least 31 days of the year. These people are likely exposed to cholera, typhoid fever, and waterborne illnesses. Two million, most of whom are children, die yearly from diarrheal diseases alone.

Clean Water Fund’s sustainable programs reach and involve a million households each year through continuous learning, outreach, development, organizing, advocating, and legal action at the local, state, and national levels. With our support, the Clean Water Fund will bring clean water, sanitation, and hygiene to communities nationwide, ultimately cutting child deaths by more than just half.

If you are interested in this field, check Phacilitate. Through inspiring conferences, vibrant communities, and market intelligence, the emergency medicine conference connects industry leaders across the world.

Friends of the Earth speak the truth to expose those who endanger people’s health and the planet for corporate greed. They are grassroots environmental campaigning organizations made up of local activists, supporters, and staff to make communities more sustainable and fight against climate-wrecking projects. If you also strive for a healthy and just world, now is your chance to be part of an international cause.

Amazon is the largest deforestation front globally, and interventions are highly needed to prevent a massive-scale, irreversible environmental disaster. 17% of the forest has been lost in the last 50 years because of forest conversion for cattle ranching. The Amazon ecosystem will be without trees by 2030 if the current rate of deforestation continues without our actions.

Coalition for Rainforest Nations is an intergovernmental organization of over 50 rainforest countries that promotes ecological sustainability while developing opportunities for sustainable innovations within tropical forested nations. They paved the road for establishing a global agreement on deforestation in U.N. climate change treaties.

The fresh face of climate activism is young, angry, and useful. Sunrise Movement is a growing sea of crusaders known for putting climate change on top of the national agenda. Early this year, they announced themselves as the most influential progressive forces in the formative days and incoming administration of newly elected president Joe Biden. They aim to stop climate change and create millions of good jobs along the process.

“We already have all the facts and solutions. All we have to do is to wake up and change.” Greta Thunberg is the founder of Fridays for Future. Three years ago, Greta Thunberg’s school strike outside the Swedish parliament inspired thousands of students across nations to protest against their political leaders’ inability to respond to climate change adequately. 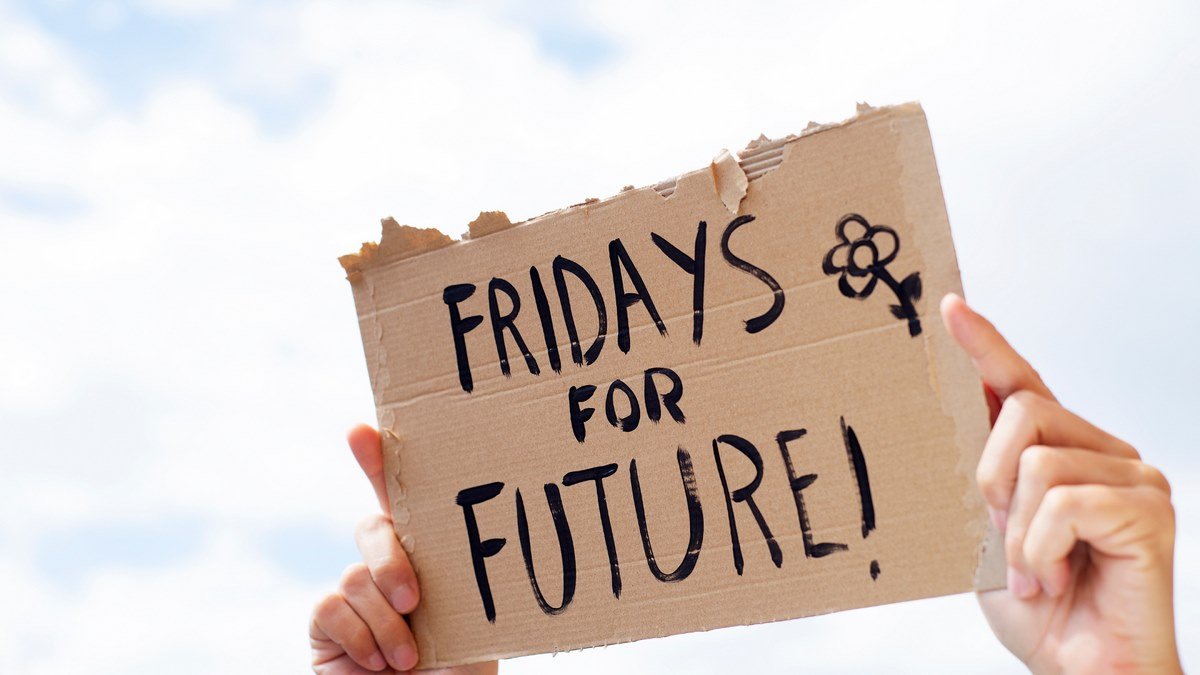 Young people have shown up much of the world with their powerful Friday For Future school strikes for the climate. Now, millions of adults are joining in an enormous wave that will kick-start renewed action all over the world.

350 stands up to stop the fossil fuel industry from producing coal, oil, and gas projects and build 100% renewables. Their mission is to address climate change and other environmental issues over peaceful local, state, national, and international actions.

350 not only networks people together at the grassroots level but also connects climate activist groups and unites them for major demonstrations of sustainable projects. They are one of the best climate change charities worldwide.

Since 1997, Earthjustice has been the legal backbone of the environmental movement. They have attorneys and legal strategies for national and community organizations rewriting our planet’s future—one lawsuit at a time. They transform communities to fully engage in addressing the climate crisis as a moral issue.

The Conversion fund worked in over 50 states (USA) and has protected 8M acres of wildlife habitat and watershed, working landscapes, and open spaces. Over 90% of every dollar goes directly towards their mission. They work with the public and nonprofits to protect America’s legacy of land and water resources by acquiring sensitive lands and selling them back for local groups to manage. The Conversion Fund has long been green, even before green was cool.

The Clean Air Task Force began its efforts in the mid-1990s by founding and directing successful campaigns to force U.S. coal plants to reduce their damaging emissions. Up to this date, Clean Air Task Force operates as a public health and environment rights group. The company protects air quality through research and analysis, public advocacy leadership, innovation, and partnership services. 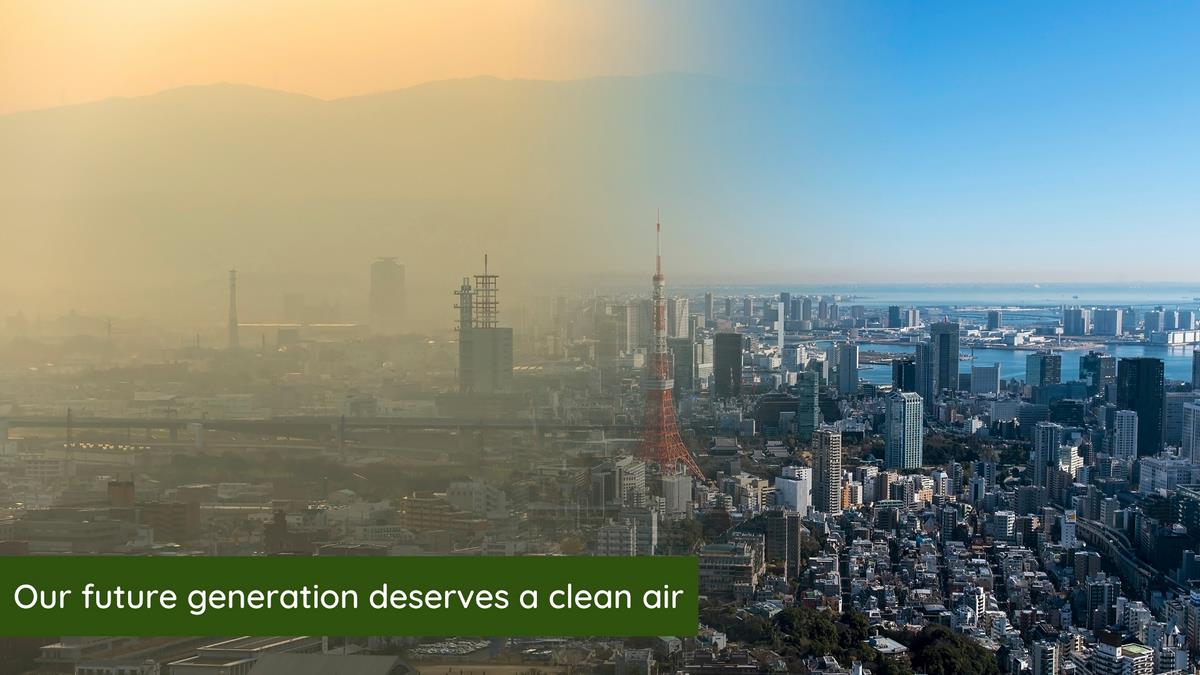 Before donating your hard-earned cash, you must always do your research. Ensure the charity discloses what it does with donations and that money will support its cause. If there’s an organization that excites you in donating, you can go to the company’s website and have a look at their About page, Donate page, or FAQs for more info on how it uses donations.

We hope this article about the best climate change charities serves as a launch point for your research into effective altruism for climate change. Good luck with your research and let us know if you find organizations with a shared cause not mentioned here.

We are committed to helping create a better future, keep reading about sustainable travel and related topics. 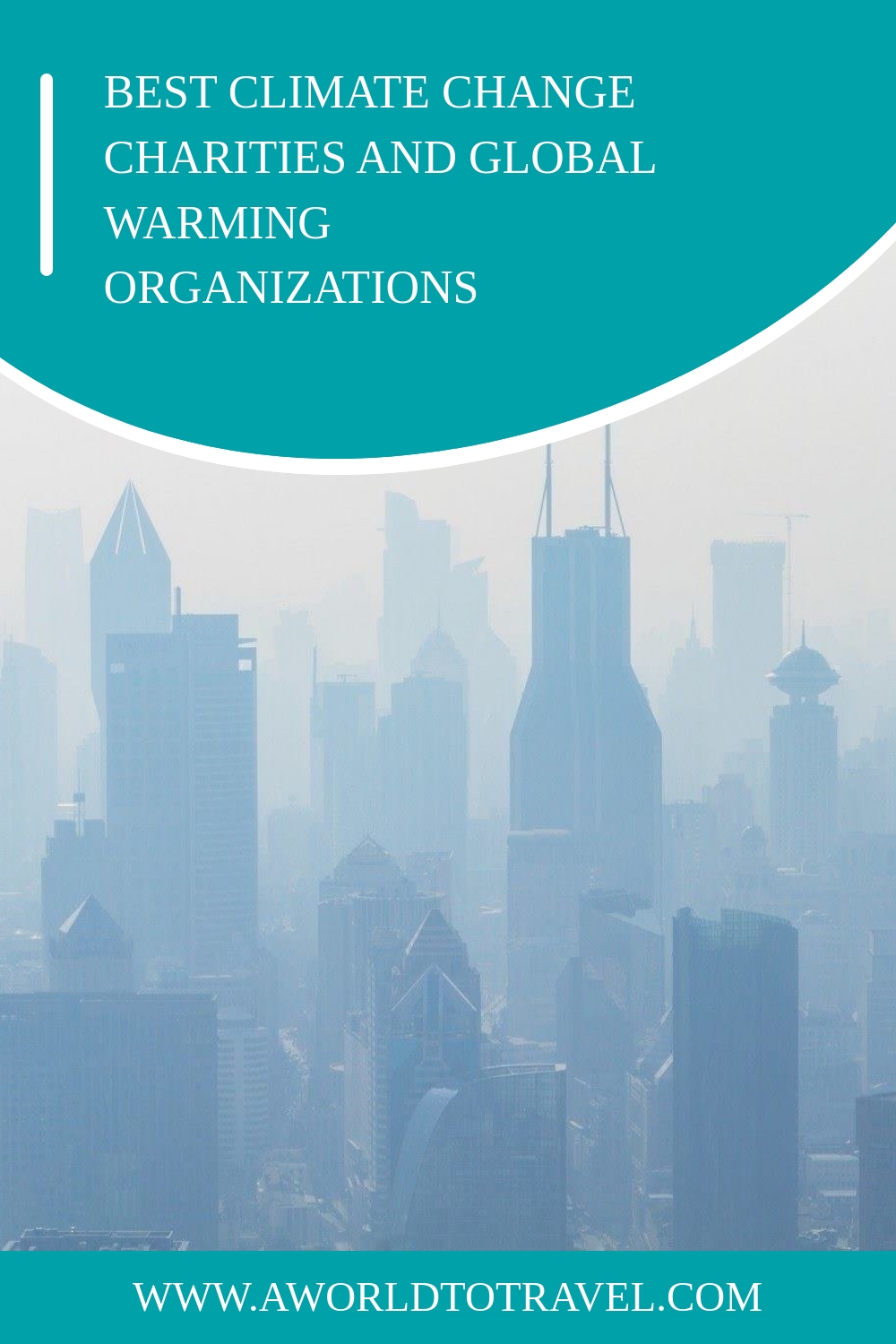