Why Sabah Malaysia Needs To Be Your Next Destination Right Now

Home to some of the oldest tropical rainforests on the planet and famous for its orang-utans, Borneo still remains a paradise for nature lovers set on adventure. 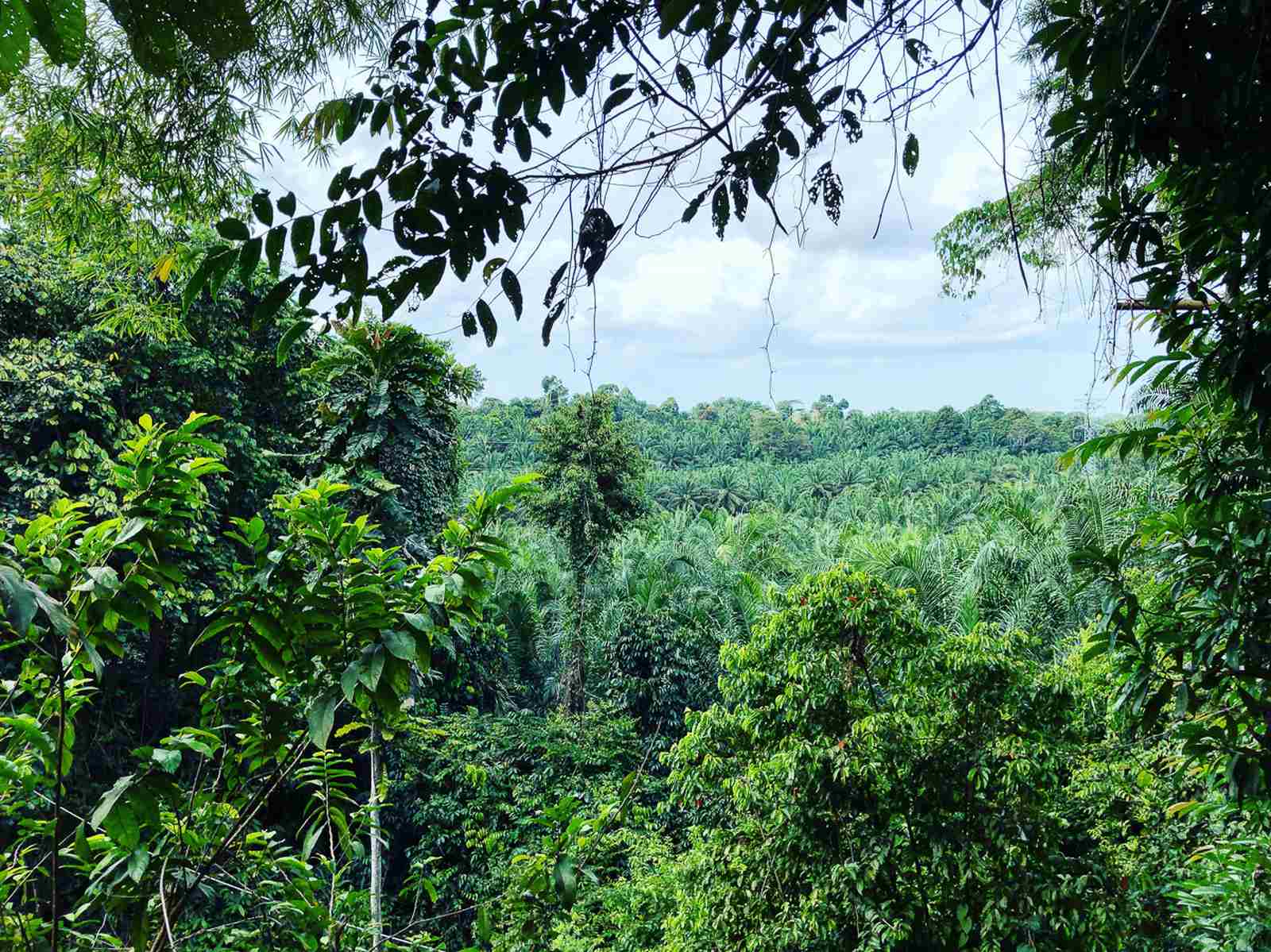 Opening up to more than just the previous privileged few, Borneo is emerging as the go-to destination for travelers keen to get off the beaten track. Unique animal species such as the elusive clouded leopard, and two of the smallest species in the world, the pygmy elephant and sun bears are found in Sabah.

Incredibly, even with the overbearing threat to its habitat, Borneo is still one of the most remarkable places on earth. This island’s astounding biodiversity boasts 10% of the world’s flowering plants, 16% of the world’s amphibians & reptiles, a whopping 17% of all bird species and 12% of the world’s mammals!

The third largest island in the world, Borneo still holds an air of mystery for most of us. Few of us could identify the island on a map, far less have actually been. So where is Borneo?

In the middle of the Sulu Sea, to the East of Singapore and to the South West of the Philippines, Borneo is made up of three countries. Malaysia, Brunei, and Indonesia.

Malaysian Borneo (also known as East Malaysia) is made up of two states, Sabah and Sarawak. The oil-rich micro country of Brunei separates the two Malaysian states whilst the Indonesia’s state of Kalimantan occupies a whopping 73% of the island to the south.

Why visit Sabah in Borneo?

The Malaysian state, Sabah, occupies the most northerly tip of the island and is the most accessible if you’ve only a short time to visit. With relatively good infrastructure and cheap flights between the two cities, capital Kota Kinabalu on the west coast and Sandakan on the east, it’s the perfect place to start your adventure.

In Sabah alone, within a 10-day itinerary, it’s possible to climb SE Asia’s highest peak, watch endangered green turtles nesting, dive world-class sites such as Sipidan Island, and if you’re lucky, glimpse an orang-utan in the wild. It’s a destination like no other.

What to do in Sabah Malaysia? 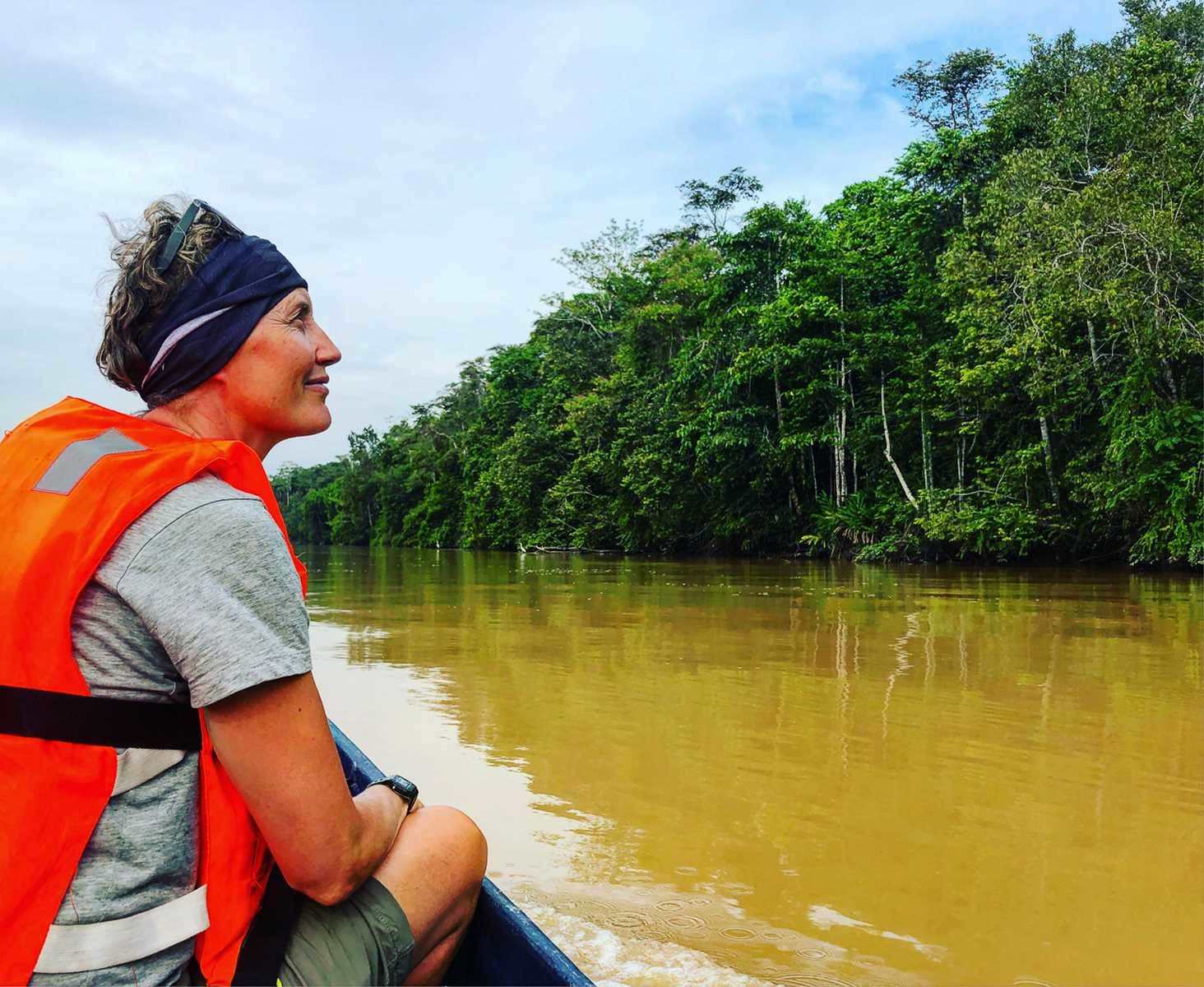 Head to the rainforest in search of the elusive orang-utan

Most people head to Borneo to see the orang-utans. It’s only one of two places left on earth where they exist in the wild. However, the devastation of the pristine rainforest from logging and agriculture over the last decades have seen orang-utan numbers plummet to an alarming few.

Next door the excellent Sun Bear Sanctuary, set up by acclaimed wildlife hero, Dr. Wong, will melt your heart. These bears, the smallest in the world, inspired the beloved character Winnie the Pooh, desperately need as much support as the well-publicized plight of the orang-utans.

One of the most rewarding decisions you could make is to join one of the incredible volunteering programs available in Sabah to help orang-utans and other endangered rainforest dwellers. A different way to travel, volunteering offers a more intense experience and a unique insight into the issues affecting orang-utans here in Borneo. 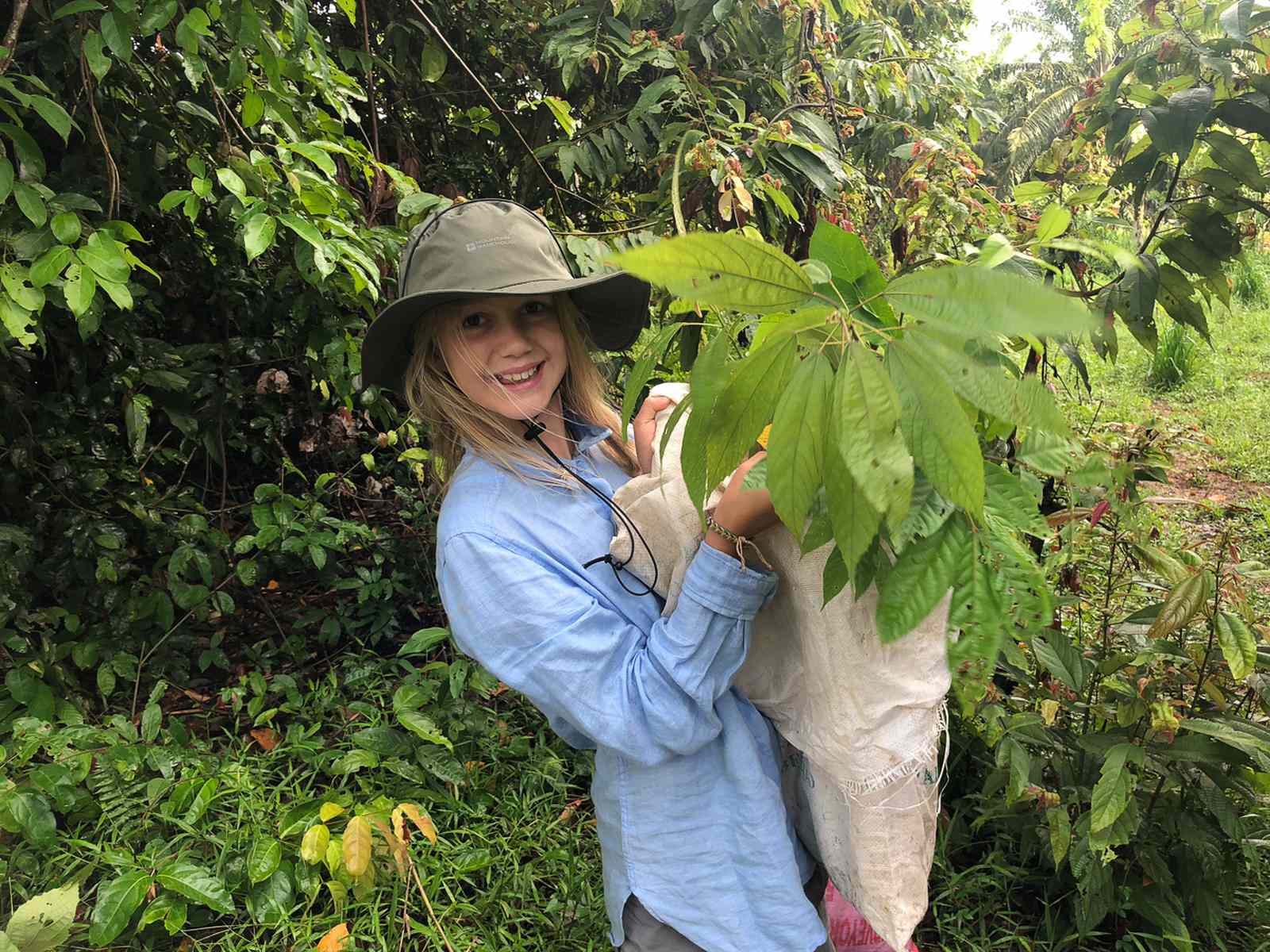 One such volunteer program is with Ape Malaysia. Book through UK company, The Great Projects to spend one week on a rainforest conservation project deep in the Kinabatangan jungle in East Sabah.

During your 7 night stay on the banks of the mighty Kinabatangan River, learn about fragile eco-systems here in one of the most important rainforests on earth.

Spend your mornings wielding a machete, hacking back dense vegetation to rescue struggling saplings. In 98% humidity, re-planting bare rainforest clearings to plug gaping holes in the canopy is tough work but an experience you’ll never forget.

Your efforts will aid vital animal movement along the ‘corridor of life’ – a crucial strip of rainforest hemmed in by encroaching palm oil plantations. 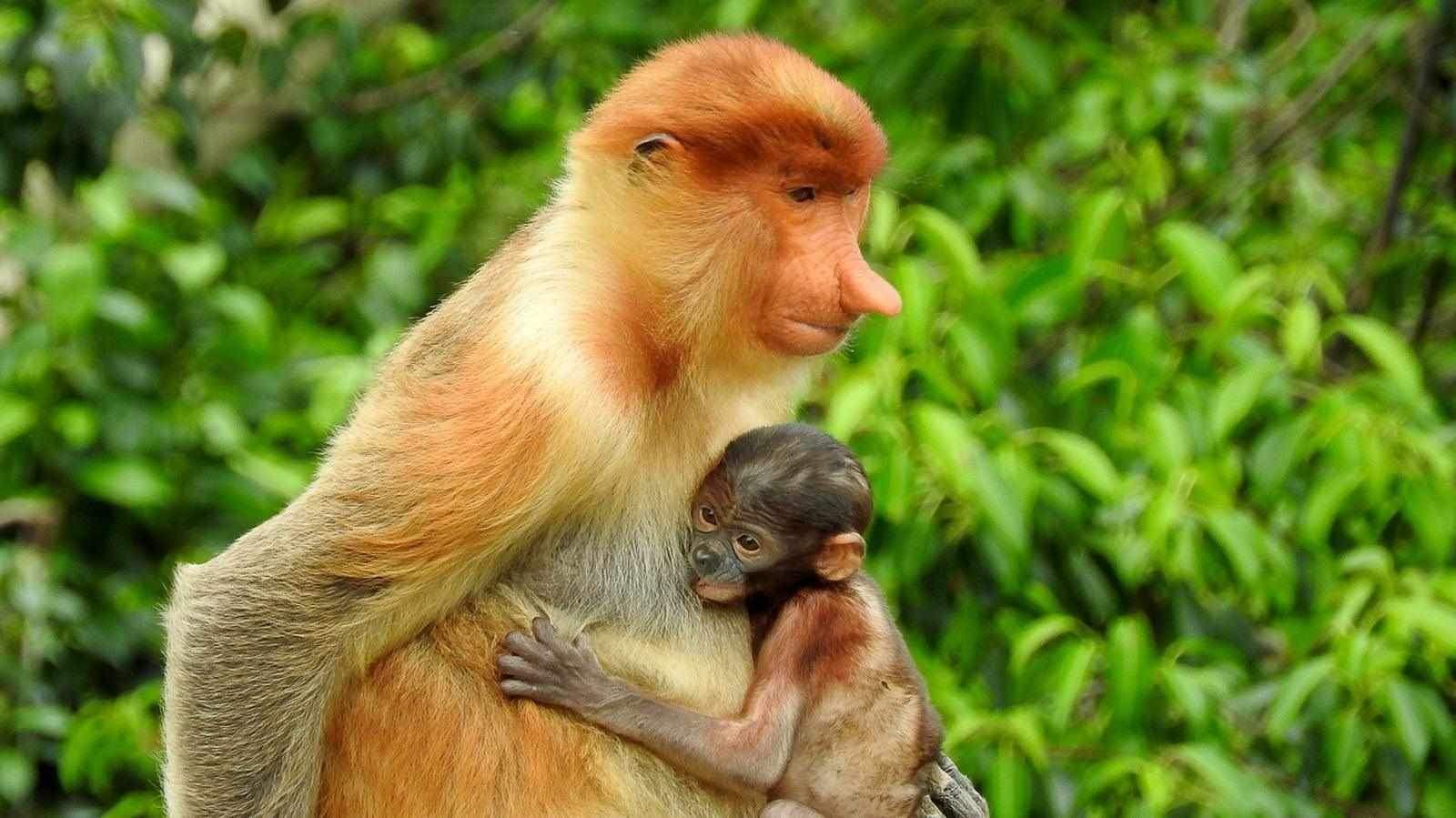 Considering the National Geographic lodge is based a couple of kilometers upstream, rest assured you’re in one of the most unique eco-systems in the world.

This incredible rainforest conservation project is a real chance to see more than the standard tourist’s wildlife tour. It’s educational, rewarding and pure food for the soul, and anyone 8 years old and above can take part.

Trek Sabah and bag yourself a 4,000m peak 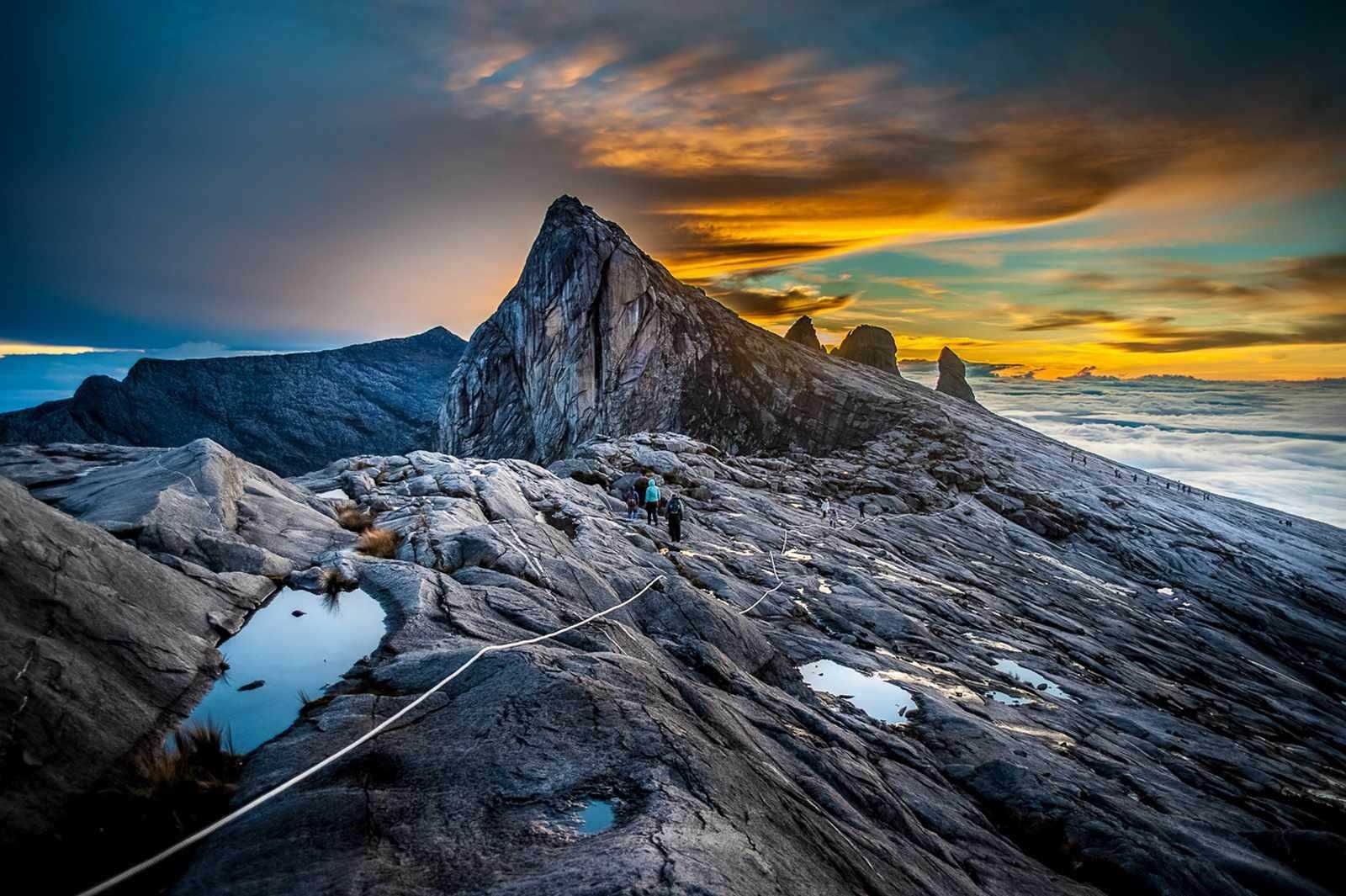 Mount Kinabalu, near Low’s Peak, about 3900m. This is sunrise.

Mount Kinabalu at 4,095m is SE Asia’s highest mountain. It’s also one of the easiest 4,000m peaks climbs in the world, allowing trekkers of average fitness and no mountain experience to bag a 4,000m peak.

The highest peak in the Crocker range, Mount Kinabalu is the most dramatic feature in Sabah, even featuring on the flag of the state.

A high number of international visitors fly to Sabah with their sights set on Kinabalu’s lofty elevation each year. With merely 135 permits allocated daily, places are in high demand, so if you plan to climb, book well ahead.

Bolted to its granite moonscape, Mount Kinabalu even has two of the highest ‘via ferratas’ in the world. This ‘iron walkway’ is an awesome extra and is highly recommended after your descent from the summit. It’s also our best tip to get your hands on a golden ticket if all the standard permits have been snapped up. You won’t regret it – the exhilarating iron climbing route, high above the clouds, will take your breath away.

A world heritage site, the Kinabalu National Park is part of only 12% of Sabah’s remaining primary rainforest. Whilst Mt Kinabalu is the main attraction, don’t worry if it’s not your cup of tea, there are plenty of easier marked trails around the base, that is well worth the visit.

The two day Mt Kinabalu trek starts with a grueling 5-hour hike climbing 1,404m in elevation from the Timpohon Gate (1,866m) to Panalaban base camp (3,270m) where you’ll stay the night.

The 6km trail on the first day starts in tropical rainforest with endless steps carved into the dry red earth the entire way up. Every kilometer houses a small shelter where trekkers can rest before continuing the uphill battle.

Be sure to keep an eye out for the famous carnivorous pitcher plant, Nepenthes Villosa, which grow in abundance along the trail at high altitude before the rainforest depletes to Kinabalu’s upper granite shoulder. It’s here Panalaban base camp finally comes into view at 3,270m. Bed down early to grab a few hours of restless sleep before a bleary 2.30am wake-up call to climb the summit.

A chain of bobbing lights in the darkness signal the stream of climbers attempting the summit every morning. Wrapped against the chilling cold with hands adorning thick gloves, the ascent involves hauling yourself hand over hand along a thick white guide rope over bare rock to summit at dawn.

Expect sheer elation on summiting, exhilaration completing the via ferrata and sore legs on the knee-jarring 8 hours descent return to the Park Headquarters.

Witness the release of turtle hatchlings on Sabah’s Turtle Island 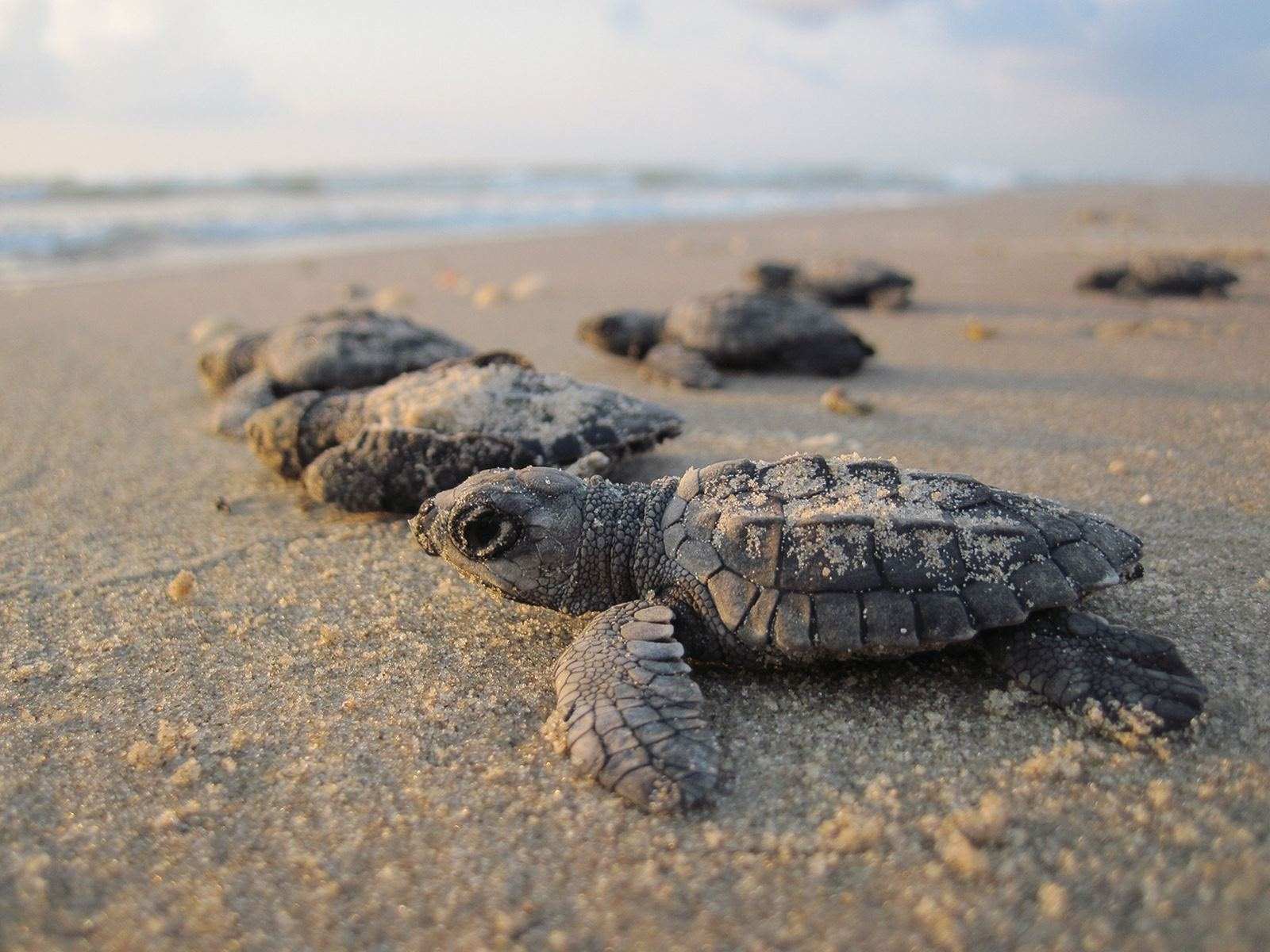 Selingan Island, 40km off the North East coast of Sandakan is the most famous place on Borneo for turtle viewings. Sabah’s Turtle Islands Park provides a refuge for these ancient creatures and it’s possible to stay overnight to witness, under the watchful eye of rangers, mother turtles nesting and baby hatchlings being released into the wild.

Turtle Island, as it’s commonly known, is guaranteed to be a highlight of your Borneo adventure. Part of Sabah National Park, Turtle Island is one of three islands dedicated to Green and Hawksbill turtle conservation. Whilst all three have hatcheries, Palau Selingan is the only island where tourists are permitted to visit for an overnight experience to witness the magic of mother turtles nesting.

Visitors have the day to explore the tiny island, snorkel its incredible reef full of tropical fish, and visit the excellent on-site conservation center. Once dusk falls, the beach becomes off limits to visitors and it’s a waiting game.

When the time comes, visitors are taken to the beach to witness just one turtle laying her clutch. Measuring and tagging the mother, rangers talk in hushed tones and explain the process. It’s miraculous to watch as the turtle, over a meter long, slowly lays up to 150 eggs and heaves her way back to the ocean. Protecting each nest rangers dig up each clutch and re-house them on the island’s hatchery, safe from predators.

Then, under the light of the moon and to the lapping of the waves, watch in awe as hundreds of tiny hatchlings, laid two months previously, are released. It’s a dream come true and something you should definitely do whilst you’re in Borneo. 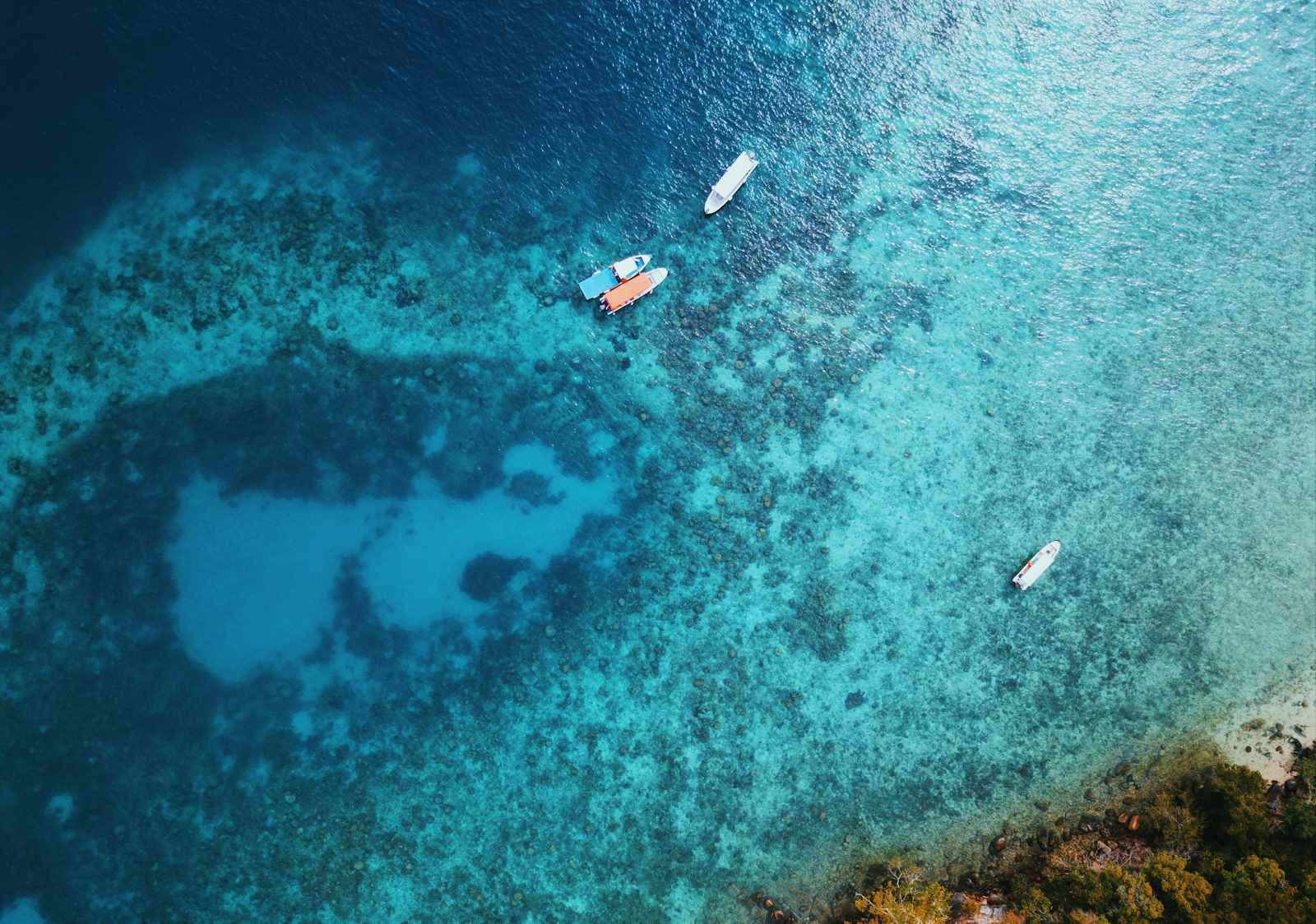 Divers flock to Borneo to explore the island’s rich underwater world. Sabah’s jewel in the crown is Sipidan Island off the east coast. World famous, this island is proclaimed as the world’s best dive and its reputation is fully deserved.

This holy grail of diving is limited to only 120 permits a day which is strictly enforced and it is no longer possible to stay on the island itself due to fears of coral damage.  Accommodation is on nearby Mabul or Kapalai islands in expensive resorts or Semporna town for budget travelers.

Be sure to book Sipidan dive tours very early and expect a dive package around Mabul and Kapalai with only one, or if you’re lucky, two dives at Sipadan Island.

Sipidan is expensive but for those with less budget, Sabah has plenty of other fantastic dive sites to head to.

On the opposite coast, Tunku Abdul Rahman Park, is the most accessible, being only 20 minutes by speedboat from Kota Kinabalu and perfect for beginners. Here five tiny islands bask in shallow waters surrounded by coral, where it’s common to see hawksbill turtles and whale sharks between November and December.

For the more adventurous consider traveling to Layang-Layang, an idyllic atoll 186 miles off the west coast of Sabah. Sheer walls of over 2,000 meters deep attract deepwater marine species such as ray sharks, leopard sharks, silver tips, threshers, and whale sharks. Out of the 12 dive sites there, The Point is famous for its congregation of hammerheads. If dive photography is your bag, visit during their annual digital photography competition which attracts serious marine photographers every year.

Fly from Kota Kinabalu and stay on Avillion Layang-Layang Resort between March and August. A disputed territory, expect to share the atoll with the Malaysian military.

Mother, writer, and avid traveler, Mags has traveled the globe far & wide even took part in a race around the globe. Based in the French Alps, Mags travels the world with her kids volunteering in Borneo, climbing 4000m peaks or having adventures in their back yard. The Family Freestylers hope to inspire other families to find the adventure outdoors and to step outside their comfort zone.