36 Hour Itinerary To The Best Things To Do In Tallinn

‘Size doesn’t matter’ would be a perfect tagline for Tallinn.

This 1000-year-old city may be one of the newest and smallest capitals in Europe, but that doesn’t make the city any less fascinating. It is known for its beautiful green parks and various historical sites and Tallinn’s old town was almost untouched by war, remaining perfectly preserved to this day.

Even though Tallinn has a long and rough history, it still has a perfect harmony between modern and old-fashioned. And nowadays the city center is full of trendy and modern buildings, classy skyscrapers, and gorgeous hotels.

Recently, Tallinn was also elected European Capital of Culture in 2011, along with Turku in Finland. So no matter what your interests are when exploring a new city, Tallinn has something special for everyone.

About Tallinn and Estonia 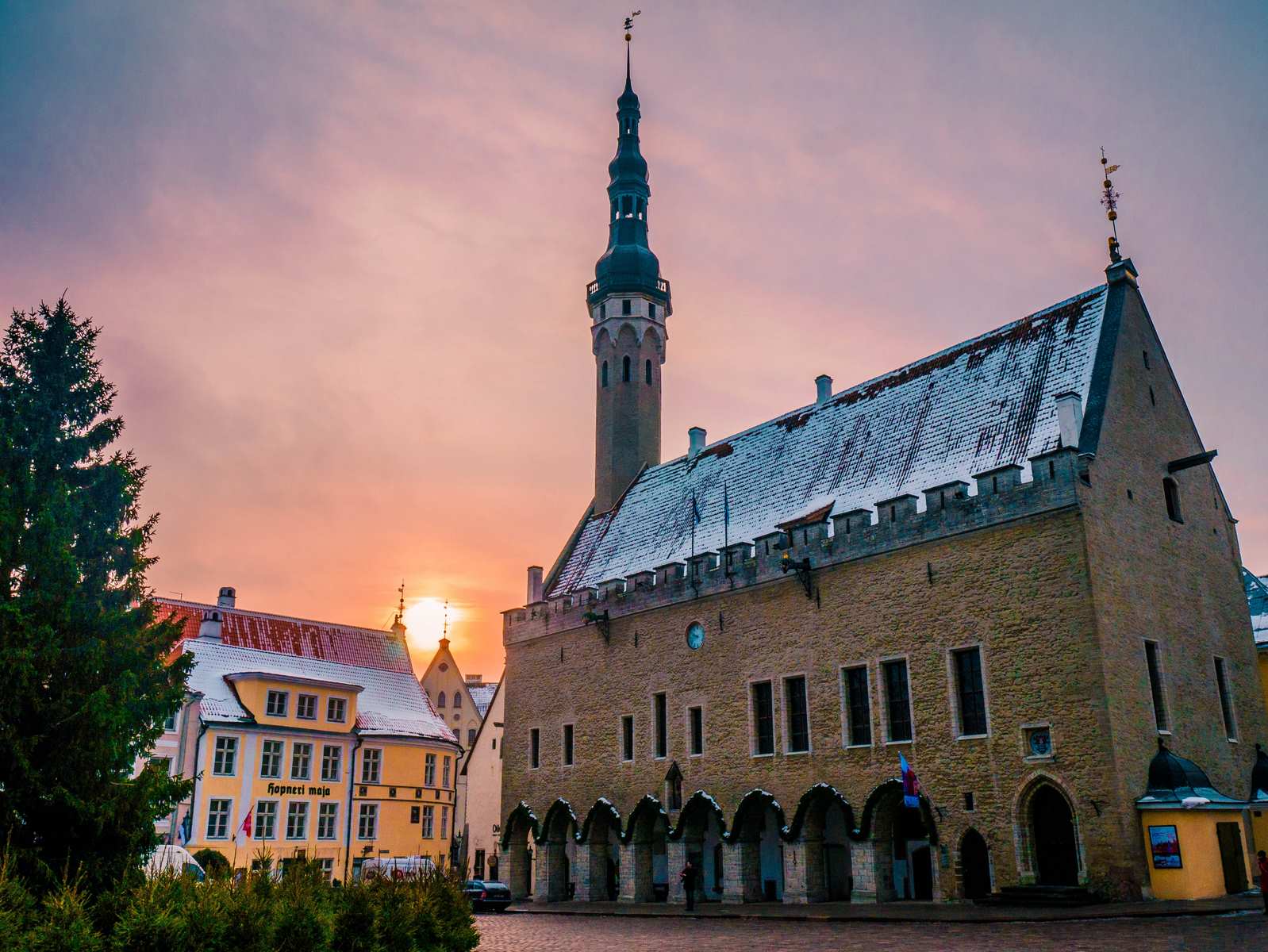 Tallinn is the capital city of Estonia. It is located on the northern side of the country, on the shore of the Gulf of Finland. Tallinn has a very old and fascinating history.

The first human settlements found in Tallinn’s city center are about 5000 years old. On the other hand, its medieval fort dates back to the 14th century, and some parts of it remain preserved to this day.

Over time, Estonia has been occupied by several countries, including Russia, Germany, Sweden, and the Soviet Union. Each of these countries has influenced Estonian culture, language, and architecture.

These days, Estonia is well-known for its fast development in technology. In fact, Tallinn is ranked highly among Europe’s most technology-oriented cities. The country has over 3000 digital solutions, such as e-government, e-voting, and an advanced bank transaction system.

Now, you are probably here because you need to know what to do in Tallinn if you only have a couple of days in the city. Then read on, please.

Best things to do in Tallinn in two days 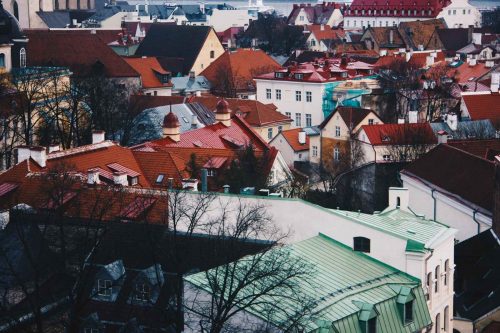 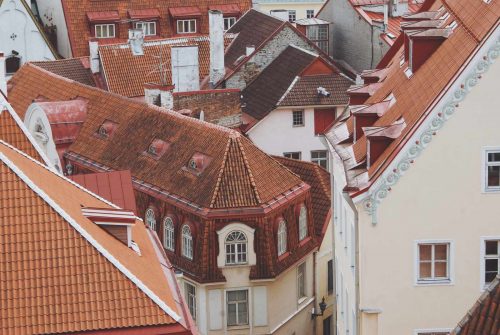 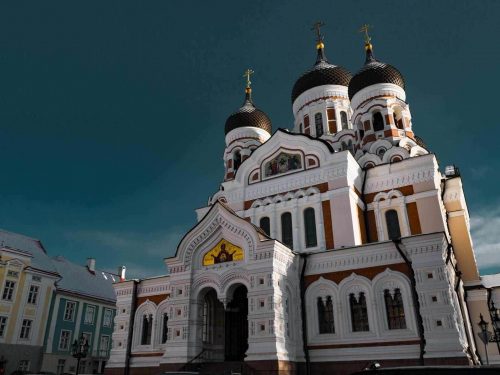 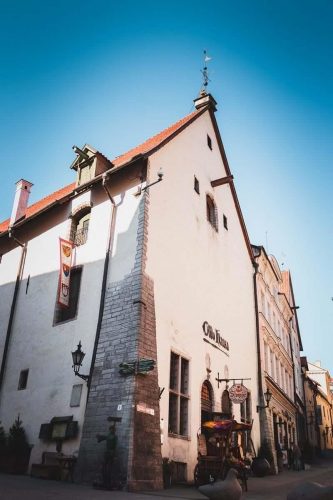 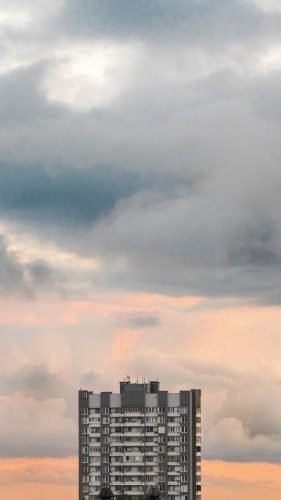 It’s time to go sightseeing! Head to the bus station to go to the old town, where you can buy souvenirs, visit adorable coffee shops and wander around the medieval streets. Tallinn’s Old Town is also included in the UNESCO world heritage list and it’s very important to the locals. If you happen to visit Tallinn during Christmas time, you should check out the annual Christmas market.

One of the most important places to visit in the old town is the Statue of Liberty because it’s an important part of the country’s independence.

If you get tired of walking, you can enjoy a delicious cup of coffee at Reval cafe, a.k.a the Estonian Starbucks. Don’t forget to also try Kali, the Estonian version of root beer.

Our next stop is Kadriorg Park. It’s one of the most beautiful parks in Tallinn. The park has a rose hill, a Japanese garden, a swan pond, and even a youth park.

If you get hungry, you can have a picnic in People’s Park which is also a part of the complex.

Near the park of Kadriorg, there are many famous museums: a history museum, film museum, and the Maarjamäe Palace. If you are a fan of art, you should check out KUMU, which is the headquarters of the Art Museum of Estonia, as well as the largest and most impressive exhibition venue in Estonia. Its permanent exhibition contains classics of Estonian Art from the beginning of the 18th Century to the End of the Second World War. The museum also has seasonal exhibitions that usually include exhibits of modern art.

It has been a long day, but we don’t stop here! Take a bus or trolley heading to the airport and hop off at the T1 Mall of Tallinn, which is the largest and newest mall in Estonia. It has many different shops, a theatre, over 30 restaurants, a trampoline center, and most importantly, the Skywheel of Tallinn which is one of the most unique Ferris wheels in Europe. It’s over 120 meters tall and located on top of the mall’s roof, opening Tallinn’s classic skyline from a completely new viewpoint.

Good morning, Tallinn! Hop on a bus or take a taxi to the Loomelinnak Creative City. This is one of the most artistic and hipster places in Tallinn. This amazing part of the town has many different restaurants, art displays, indie shops, and even two theatres. In summer, there are a lot of festivals and concerts. For example, they have a dance festival and street food festival (if you are vegan, you are going to love that!).

Make sure to also visit a cafe called Kivi Paber Käärid, which is one of the most famous cafes in Estonia, known for its good atmosphere and healthy, delicious, and 100% gluten-free food.

10 Quick, Cheap And Easy Plant-Based Snacks You Can Prepare Anywhere

The Tallinn television tower is one of the most famous tourist attractions in Tallinn- and that’s for a reason! It’s over 314 meters high, making it the tallest building in Tallinn and also the highest building in Northern Europe open to the public. The tower’s design is inspired by a UFO-ship and it’s even more impressive on the inside than it is from the outside!

Inside the tower, there’s a museum, a gift shop, a TV studio, and a restaurant. Adrenaline junkies can also get their heart racing by trying to walk on the edge of the tower.

Estonian Open Air Museum is one of the best places to visit if you want to learn more about the Estonian architecture and way of life in the 18th, 19th, and 20th centuries.

The museum has a tavern, church, school, fire station, and regular houses like any proper medieval village. The tavern is also a great opportunity to try all the traditional dishes. The Estonian Open Air Museum is open all year round, but the best time to visit it is summer.

If you have some spare time, visit 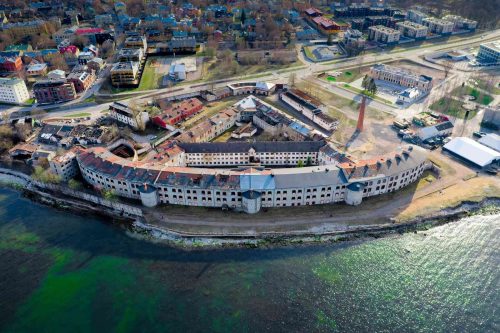 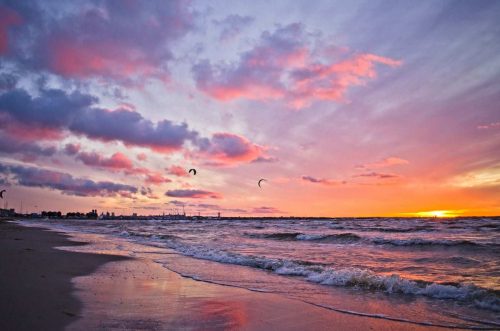 Bastion passages are mysterious tunnels that were built as a part of the Bastions in the 17th century. They have been used as bomb shelters and now they are open for tourists.

Note that these tunnels are only accessible with guided tours.

​This is the most popular museum in Estonia. Located in Kalamaja, the seaplane harbor is worth a visit for its architecturally unique seaplane hangars.

​If you are traveling with young kids, it might be a good idea to take a 2-hour bus ride to Lottemaa, which is also considered as the Estonian Disneyland.

Based on the fictional character Leiutajateküla Lotte, this amazing theme park has many fun activities and attractions for both youngsters and older people.

Related read: Fun Things To Do In Latvia Rain Or Shine

Whether science was your favorite subject in school or not, the Energy Discovery Centre has something for everyone!

This science center has many exciting exhibitions and demonstrations that help you learn more about the physics in a fun way.

What to eat in Tallinn? 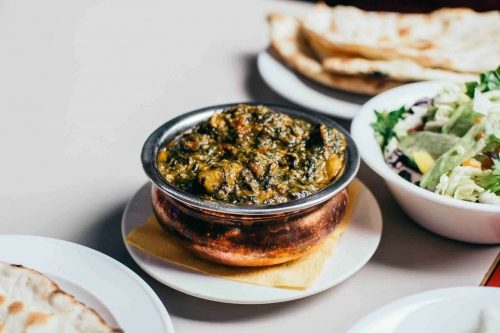 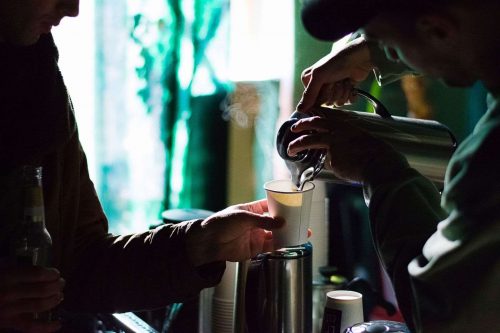 This might not sound the most appetizing, but it is one of the most popular foods in Estonia. Blood sausages are usually served with boiled potatoes, sauerkraut, and pork.

This dish is extremely popular during Christmas, but some Estonians like to eat it all year round.

Curd snack (Kohuke) is a sweet snack made from curd cheese. The main part of a curd snack is made from pressed curd and sugar or sweetener.

The dessert is almost always coated in chocolate or caramel glaze and sometimes it has different fillings, such as chocolate, jam, or raisins.

Limonaad is a traditional soft drink, that has a flavor of medicinal plants. The recipe is a secret and no other company has managed to copy it.

Rye bread is something Estonians can’t imagine their cuisine without. There are many different variations of it, every family has its secret recipe, some of them include raisins or different seeds.

Kama is the most popular dessert in Estonia and you can’t find it anywhere else in the world. It’s a mixture of roasted barley, rye, oat, and pea flour.

Some locals also like to mix it with buttermilk or kefir and eat it for breakfast.

​If you happen to visit Estonia in February or March, make sure to try Vastlakukkel, which is sold during that time of the year.

It’s a wheat bun, topped with whipped cream and powdered sugar. Sometimes the bun also has a delicious cranberry or cherry filling.

​Vana Tallinn is a dark rum-based liqueur with a long history. The liqueur is sweet and it has a hint of Jamaican rum, flavored by various natural spices, including citrus oil, cinnamon, and vanilla.

This is the most popular alcoholic beverage in Estonia and it’s also widely known in many other countries.

Related read: Best Countries For Food Around The World

Other Tallinn facts and travel tips 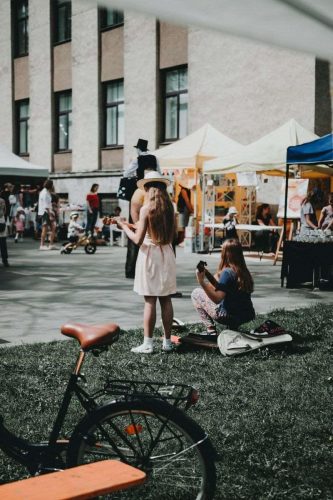 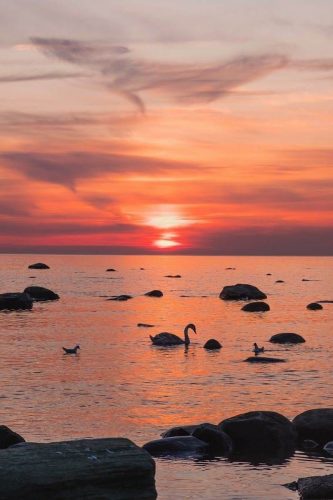 Nora Hinto is a travel writer and traveler, who is passionate about visiting new places and learning more about different cultures. She believes that traveling is something everyone should do, because not only does it help us learn more about the destinations, but it also helps us grow as a person.