Chicago is a bustling, cosmopolitan city where pleasure never stops. The Windy City is likely to enchant visitors of all types with its ever-growing and expanding assortment of marvels and attractions.

From world-class museums to Instagram-worthy architecture, we’ve compiled a list of the greatest things to do in Chicago, IL to assist you in planning the perfect trip. 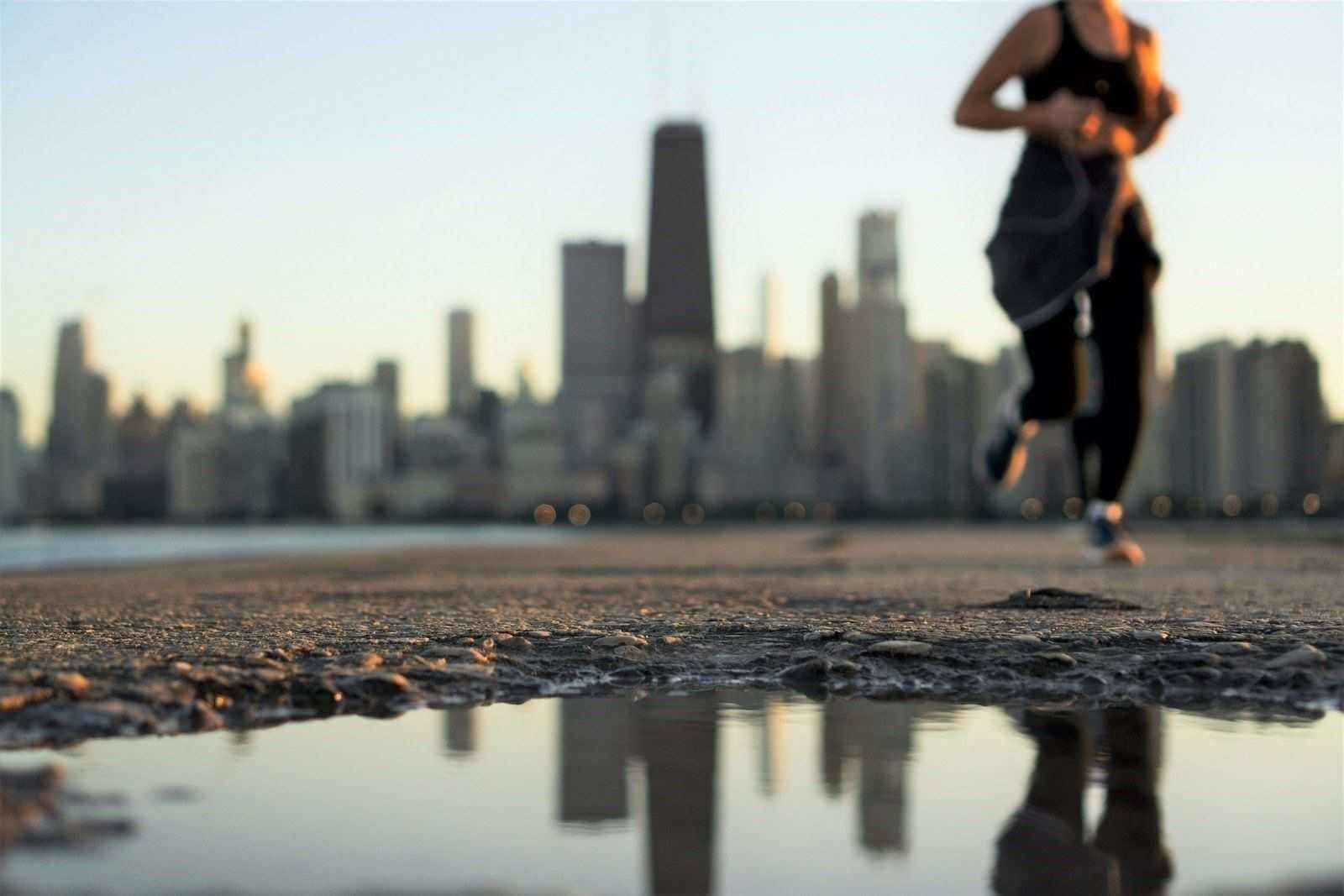 Let’s have a look at some of the greatest things to do in Chicago:

Out on Lake Michigan and along the Chicago River, you may take your time and appreciate Chicago’s cityscape. There are a variety of cruises available, ranging from peaceful lake trips to exciting speedboat rides.

You may board a speedboat at the historic Navy Training Center on Navy Pier for a 75-minute Architecture Cruise that begins on the lake and heads upriver to the Willis Tower. 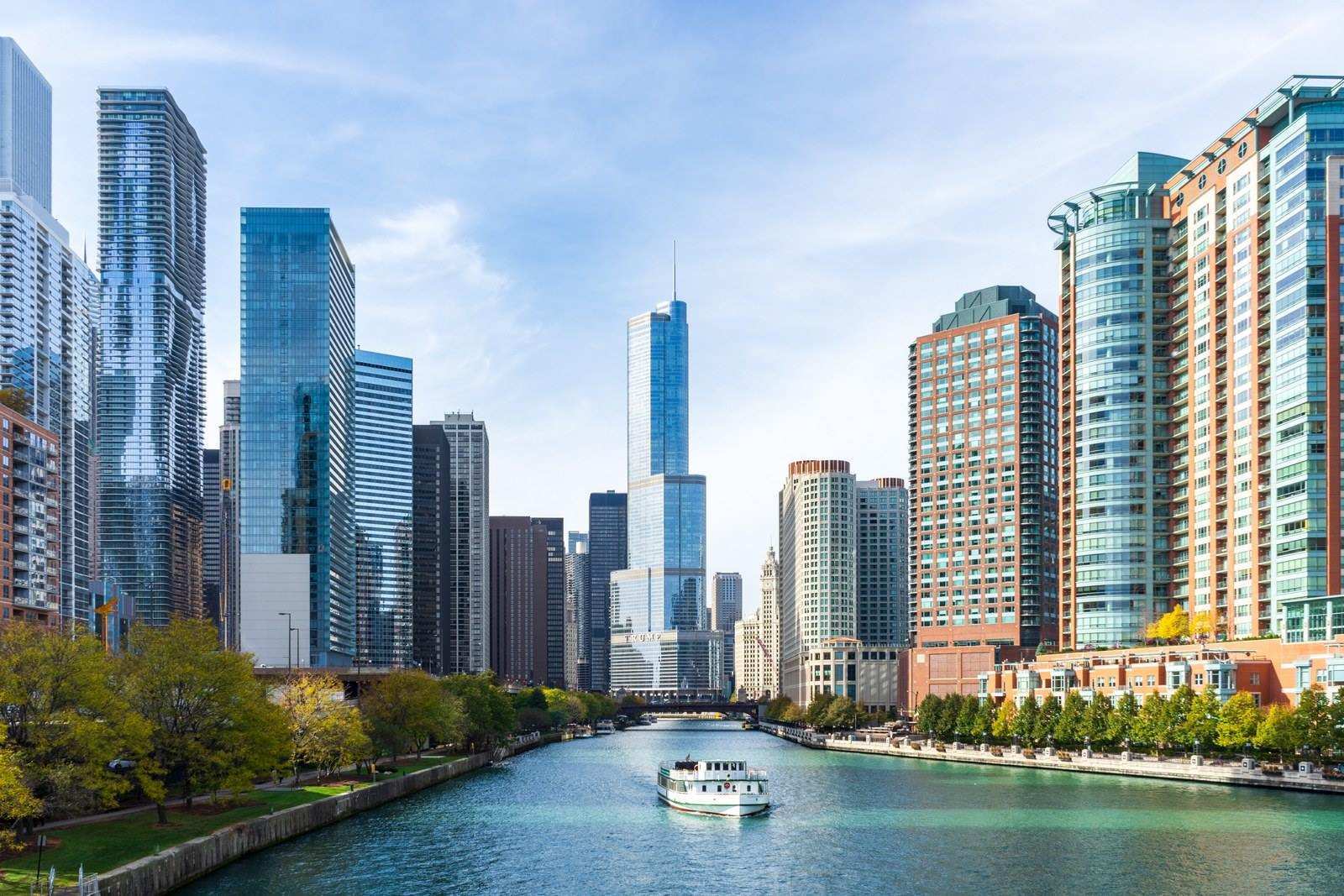 The Skydeck’s Ledge will either give you a rush or make your tummy flutter: This is a collection of four all-glass boxes that project over a more than 100-story drop.

If you’re looking for enormous amounts and powerful flavors, Chicago is the place to go. You’d be bold to argue that Chicago isn’t America’s best cuisine city. 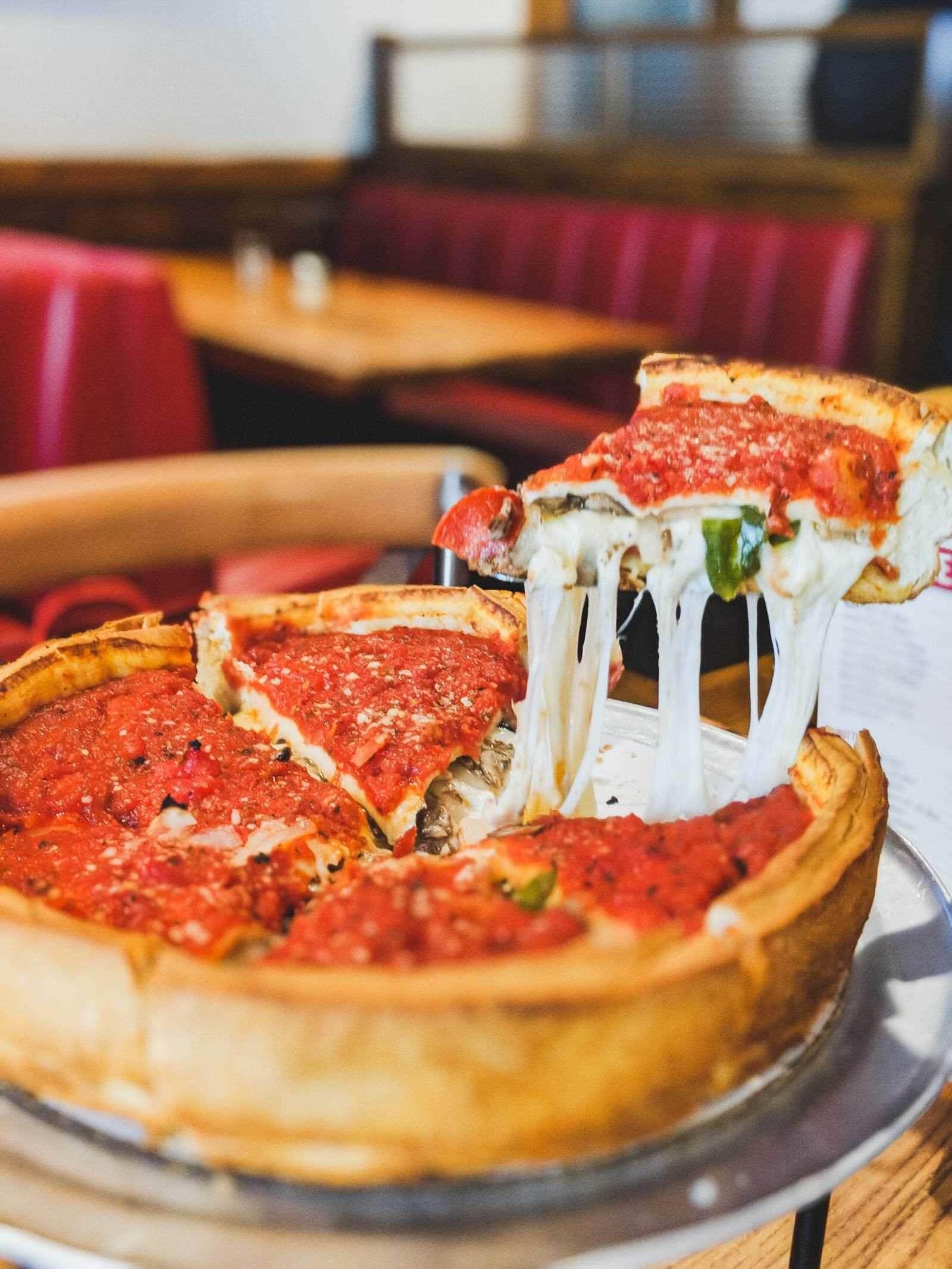 Three of the most researched and acclaimed artworks of the last 150 years await in a world-class art gallery. Nighthawks by Edward Hopper, American Gothic by Grant Wood, and Seurat’s A Sunday Afternoon on the Island of La Grande Jatte are among these masterpieces.

They are all required viewing, as is Picasso’s Old Guitarist, yet they are simply a portal to a feast of art. The Art Institute of Chicago houses the world’s greatest collection of Impressionist and Post-Impressionist paintings outside of Paris, including more than 30 Monet paintings as well as works by Cézanne, Renoir, van Gogh, and Toulouse-Lautrec.

Grant Park, affectionately known as “Chicago’s front yard,” fronts the Loop on Lake Michigan and is the city’s premier open area. Many of Chicago’s biggest attractions are located on these 319 acres, including Millennium Park, the Museum Campus Chicago, the Art Institute of Chicago, Maggie Daley Park, and the legendary Soldier Field, home of the Chicago Bears NFL club.

You could write a whole essay about Grant Park and the various activities available inside its bounds. However, it’s also worth noting that the park is a busy location for Chicagoans to unwind and be active, with baseball diamonds, tennis courts, and green boulevards to stroll around.

This award-winning venue in Grant Park, designed to usher in the new century, is the most popular visitor destination in the Midwest. The Millennium Park, which is free to access, has striking public art, captivating architecture, and some forward-thinking ideas.

The 2.5-acre Lurie Garden is part of the world’s biggest green roof, and the McDonald’s Cycle Center is a modern indoor cycle station offering rental, maintenance, and a variety of services to Chicago’s bikers. We’ll go over a couple of the highlights of Millennium Park later, but the Jay Pritzker Pavilion is a must-see. 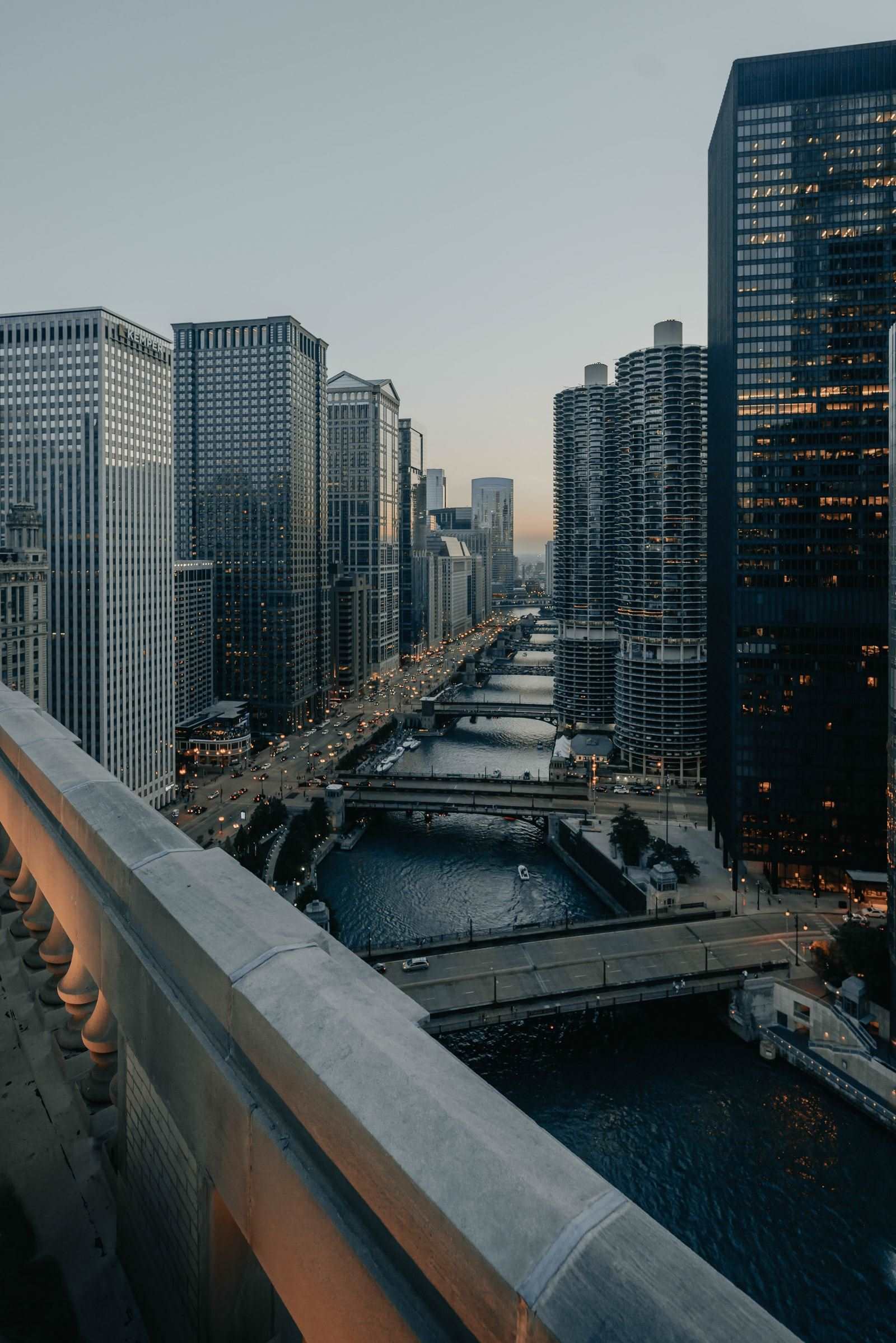 As you can see along the major branch of the Chicago River as it flows through downtown, Chicago understands how to handle people. The Riverwalk is 1.25 miles long and is made up of six coves or “rooms” that extend up to Wolf Point.

The path will take you past photo options like the Wrigley Building and a slew of eye-catching works of public art. These might be vibrant graffiti panels or large-scale pieces like Ellen Lanyon’s Gateway, which tells the story of Chicago in 28 ceramic tile murals.

Of course, you may board a cruise ship or a water taxi, or you can take matters into your own hands with an urban kayak or “cycle boat” trip.

The Navy Pier, located where the Chicago Portage joins Lake Michigan, is a diverse visitor destination that spans six city blocks above the lake. An attraction of this scale is difficult to summarize in a single phrase as one of the finest days out in the Midwest.

However, on 50 acres, you’ll find the massive multisensory Funhouse Maze and the 65-meter Centennial Wheel, which is supported by fairground attractions and amusements. 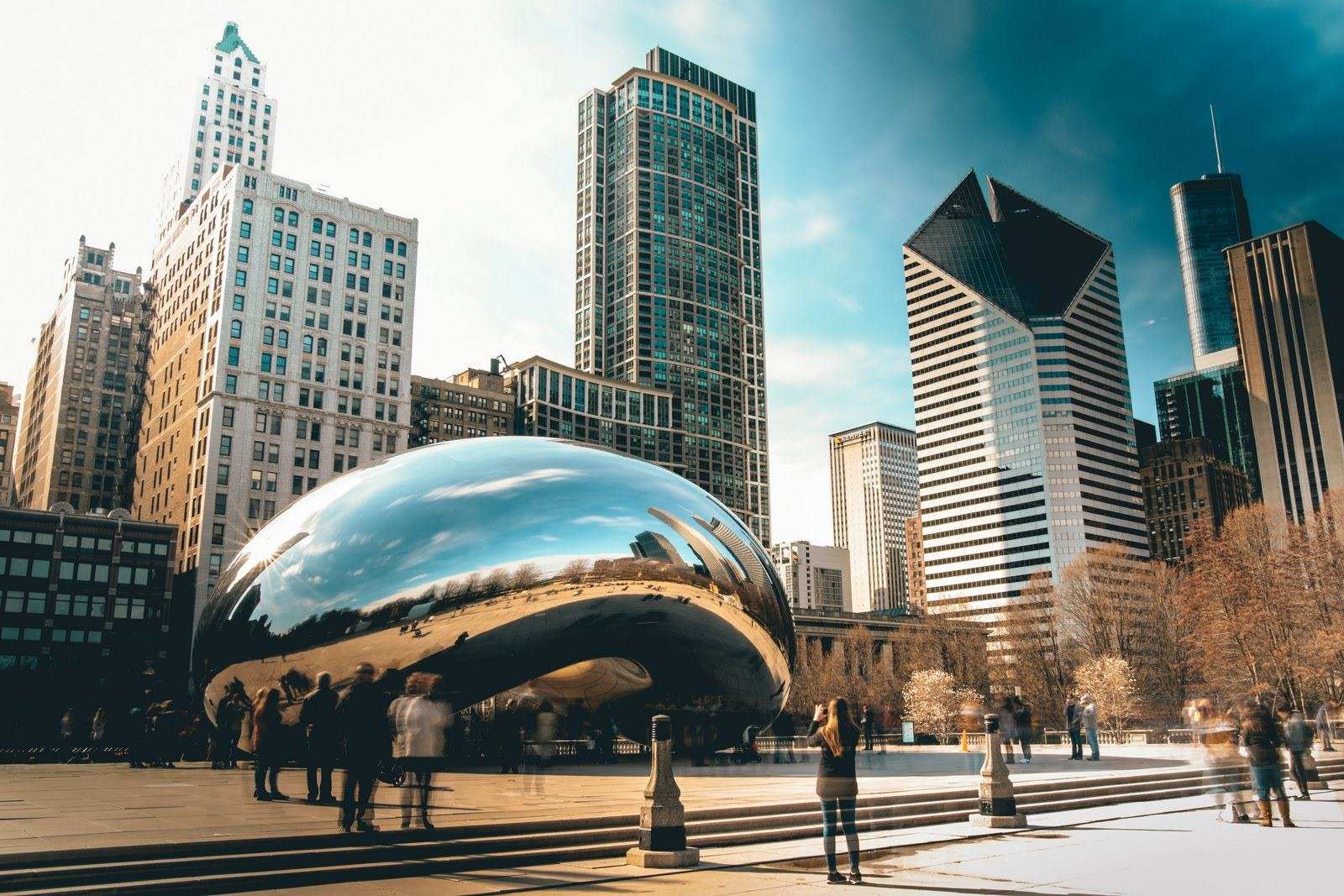 Anish Kapoor’s beautiful public sculpture serves as the centerpiece for the AT&T Plaza in Millennium Park. Cloud Gate, fondly known as “The Bean,” was installed in 2006 and is a circular arch coated with 168 highly bright stainless steel panels.

Cloud Gate has swiftly become an icon for 21st-century Chicago, despite a few teething troubles due to its sophisticated design.

875 North Michigan Avenue (previously the John Hancock Center), a 344-metre skyscraper on the Magnificent Mile, is a fixture of Chicago’s silhouette. The tower, which taper as it climbs, was completed in 1969 and can be seen in almost any film that needs an establishing shot for Chicago.

Close inspection reveals its distinctive X-shaped bracing zigzagging up the façade. The view from the 94th level of 360 Chicago is ranked as one of the greatest in the country, and the journey up there takes less than 40 seconds. 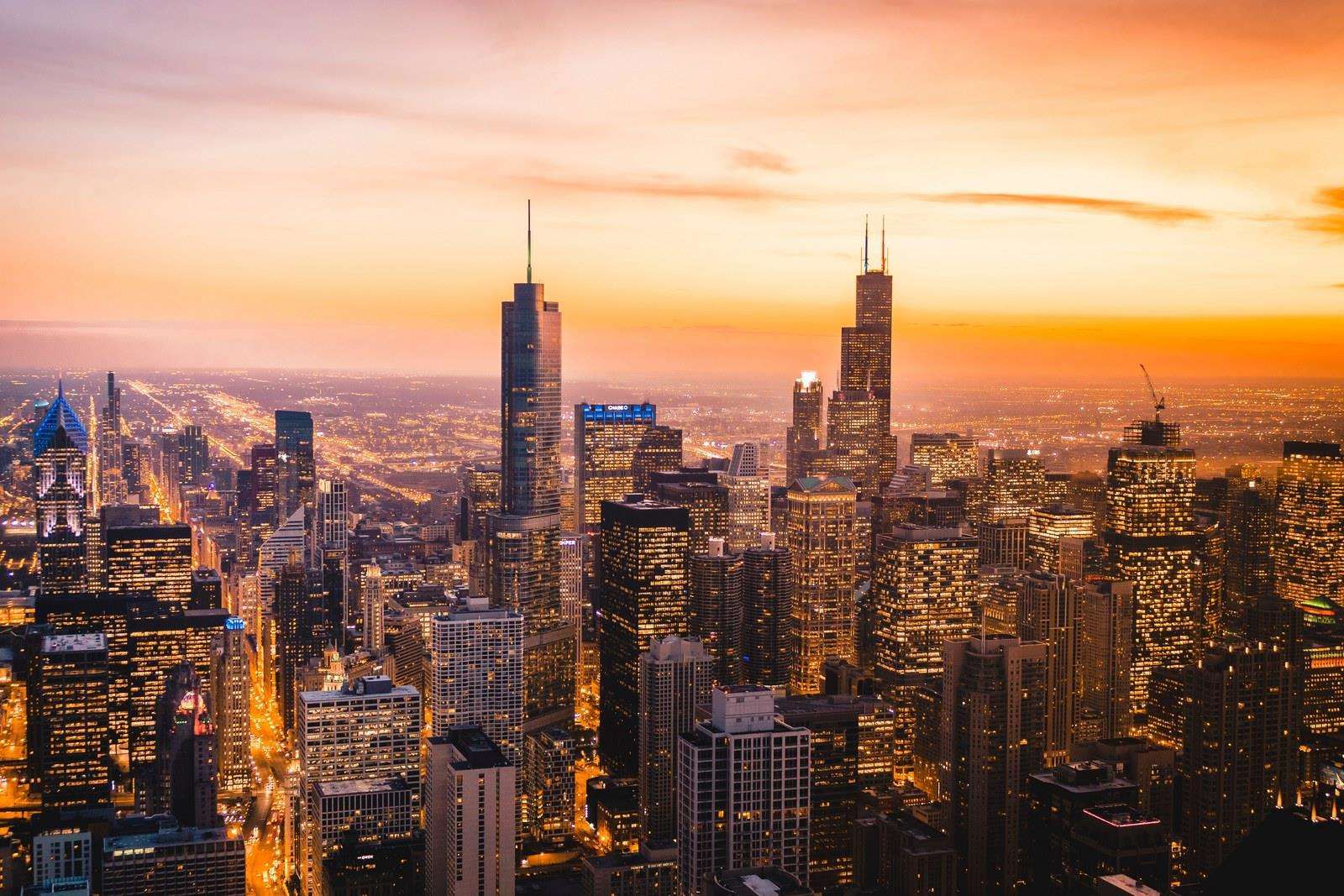 Annually, there are over 1,000 exhibitions and programs, and they are as diverse as you’d expect from a city like Chicago. You may attend theatre, dance, music, lectures, film screenings, and family-friendly activities for free.

The Chicago Cubs play at the Major League’s second-oldest venue. Wrigley Field (1914), called “The Friendly Confines” by Ernie Banks, is known for its ivy-clad outfield walls and distinctive manual scoreboard.

The stadium may catch you off surprise because it is located in the center of a residential neighborhood and lacks a parking lot, which is now uncommon for US sports facilities. Winds blowing into or away from Lake Michigan (out or in) can turn potential home runs into outs or send balls out of the ballpark entirely.

Maggie Daley Park, named after the city’s previous first lady who died in 2011, is one of Grant Park’s newest beauties.

The park, designed by landscape architect Michael Van Valkenburgh, debuted in the northeast corner of Grant Park in 2014 and is notable for its recreation and family amenities.

The exquisite Nickerson House, erected in 1883 for financier Samuel M. Nickerson, transports you to America’s Gilded Age. The home appears out of place on the Magnificent Mile on the Near North Side, overshadowed by the city’s massive Neoclassical monuments and glass-clad skyscrapers.

Editor’s tip: A Chicago Tourist Pass can go a long way if you plan to include a few paid attractions on your itinerary. It can save you enough money to pay for your food while you are there.

A scene that requires a second look may be seen in the heart of Grant Park, between the ornamental North and South Rose Gardens.

The Buckingham Fountain (1927), carved from Georgia pink marble, is one of the world’s biggest, reaching about eight meters tall, with nearly 200 jets and an 85-meter-wide basin. 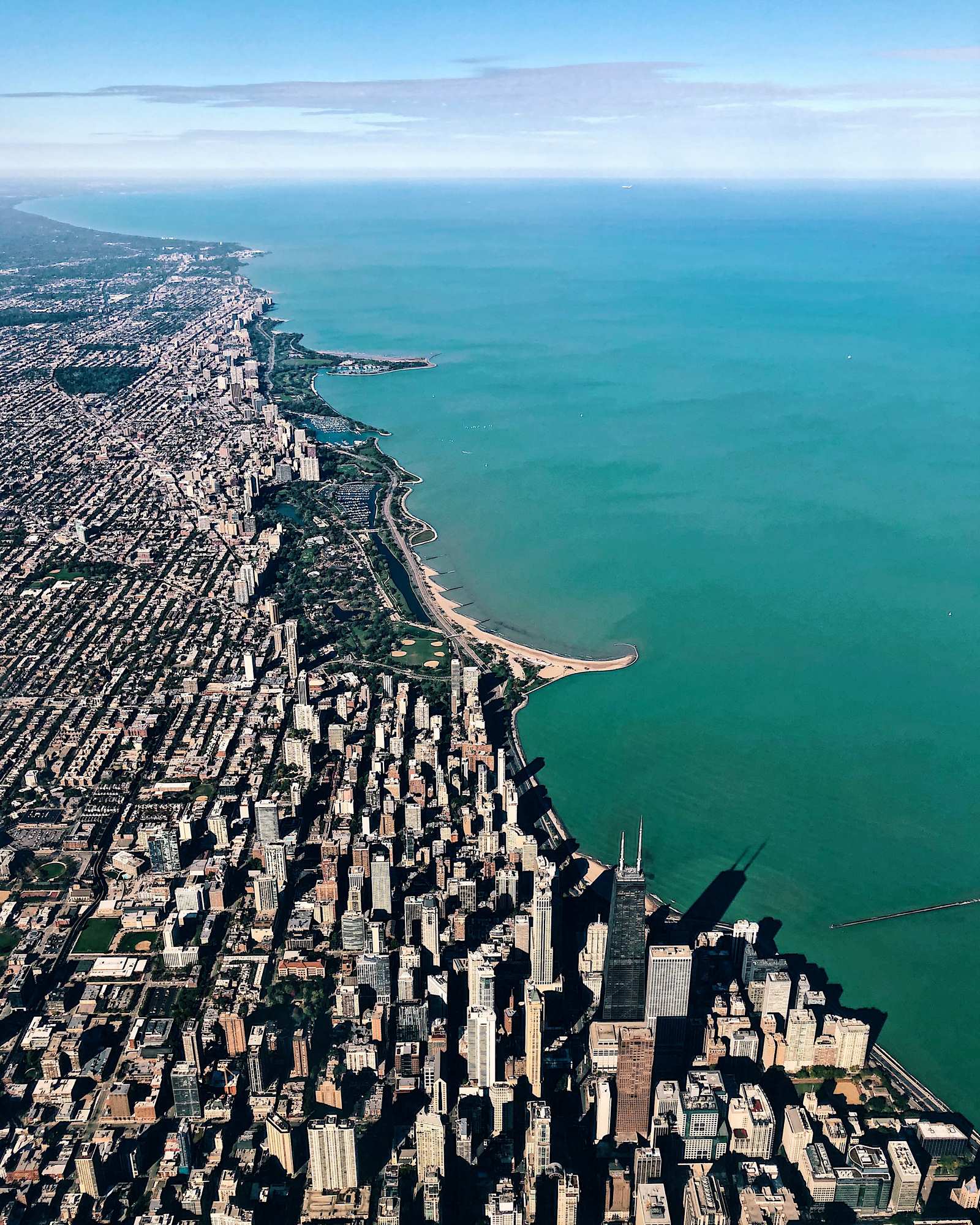 A waterfront route that runs through all four of Chicago’s lakeside parks provides access to eighteen miles of the city’s shoreline. Cyclists, joggers, and families all use the Lakefront Trail.

People use the route to travel to work, as well as to promenade alongside Lake Michigan and see Chicago’s cityscape.

17. Museum of Science and Industry

The Museum of Science and Industry is a never-ending source of inspiration for children, with jaw-dropping displays on a grand scale.

The location is the former Palace of Fine Arts, which was erected in Jackson Park in 1933 for the World’s Columbian Exposition.

An entire world of shopping, entertainment, food, magnificent architecture, and more things to do is crammed into eight blocks on the main thoroughfare Michigan Avenue. Many of the landmarks or attractions on this list are located on or near this street.

Garfield Park, located west of the Chicago Loop, is worth the 15-minute cab travel into a little run-down neighborhood. The journey is to the world’s third-biggest under glass garden, an awe-inspiring botanical conservatory with eight interior exhibit gardens.

The conservatory was finished in 1908 and was supposed to look like haystacks in the Midwest. Every day over the summer, there will be something going on, such as free yoga, gardening demonstrations, and an opportunity for youngsters to get up and personal with creatures such as harmless snakes and goats.

Even if their acts are long forgotten, the fascination with Chicago’s prohibition-era mobsters remains. The city has changed so drastically in the last century that it’s hard to believe that innocuous-looking neighborhoods experienced a bloody battle that lost thousands of lives in the 1920s and 1930s. 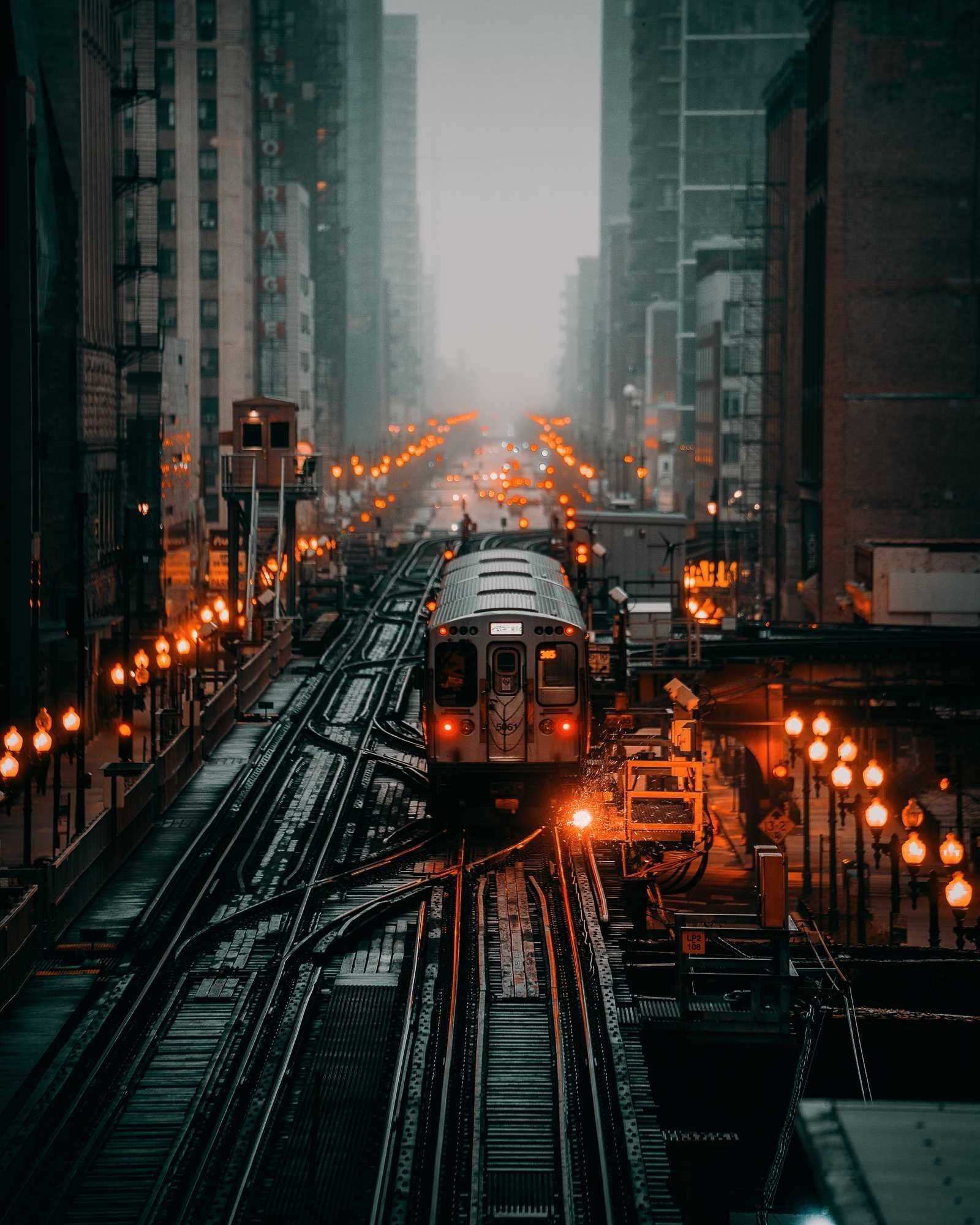 The Field Permanent’s museum collection has grown to more than 24 million artifacts since it opened in 1893, making it one of the greatest and biggest natural history museums in the world. With large Neoclassical halls containing fossils, rare jewels, and animal and plant species, this is a place to fuel your passion for the natural world. There’s also interesting anthropology for the Ancient Americas and Egypt, as well as Tibet, China, Africa, and Pacific Island societies.

Back in the 1990s, a seat at the United Center was the trendiest ticket in town. It’s fair to argue that the 2010s aren’t the Chicago Bulls’ greatest era, but if you’re a fan or want to make a trip to this holy land, you can watch a game from October to April.

The Bulls share the United Center with the Chicago Blackhawks NHL club at the same time of year, and the Blackhawks have had a far more successful decade, winning the Stanley Cup in 2010, 2013, and 2015.

In Lincoln Park, you may learn about Chicago’s rich history by visiting various thematic exhibitions. At Crossroads of America, you may enter a jazz club or ride Chicago’s very first L train, while the Chicago dioramas depict the city’s rapid expansion from a lonely frontier outpost to an enormous metropolis. 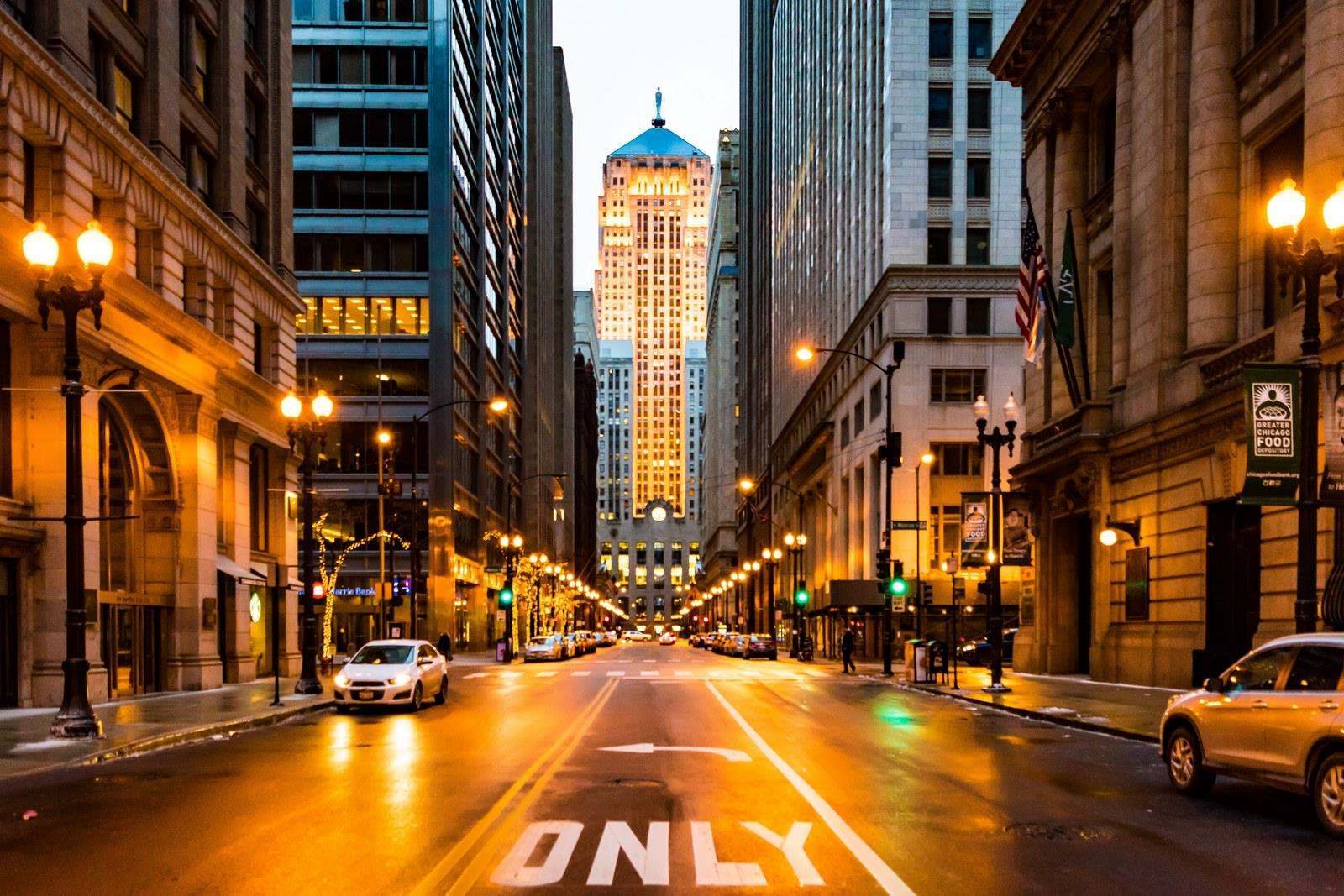 2 Things tourists should avoid in Chicago

The Shedd Aquarium (1930), which shared the Museum Campus Chicago with the Field Museum and the Adler Planetarium, was for a time the world’s biggest indoor aquarium. The attraction, which was donated by billionaire John G. Shedd, is known to have 32,500 aquatic animals from all over the world.

However, we consider aquariums unethical as being held in captivity causes animals mental stress and can also be physically damaging to them.

This 37-acre zoo, which dates back to 1868, is one of the United States’ last remaining free-entry animal parks. There are about 1100 creatures there, all in continually changing environments.

As with aquariums, we don’t support zoos. To start with, they can’t really provide the space that large or wide-ranging animals are used to. Unnatural enclosures cause many animals in zoos to be under stress. Others are often bored and, as a result, some become aggressive and can lash out at other animals or zookeepers. 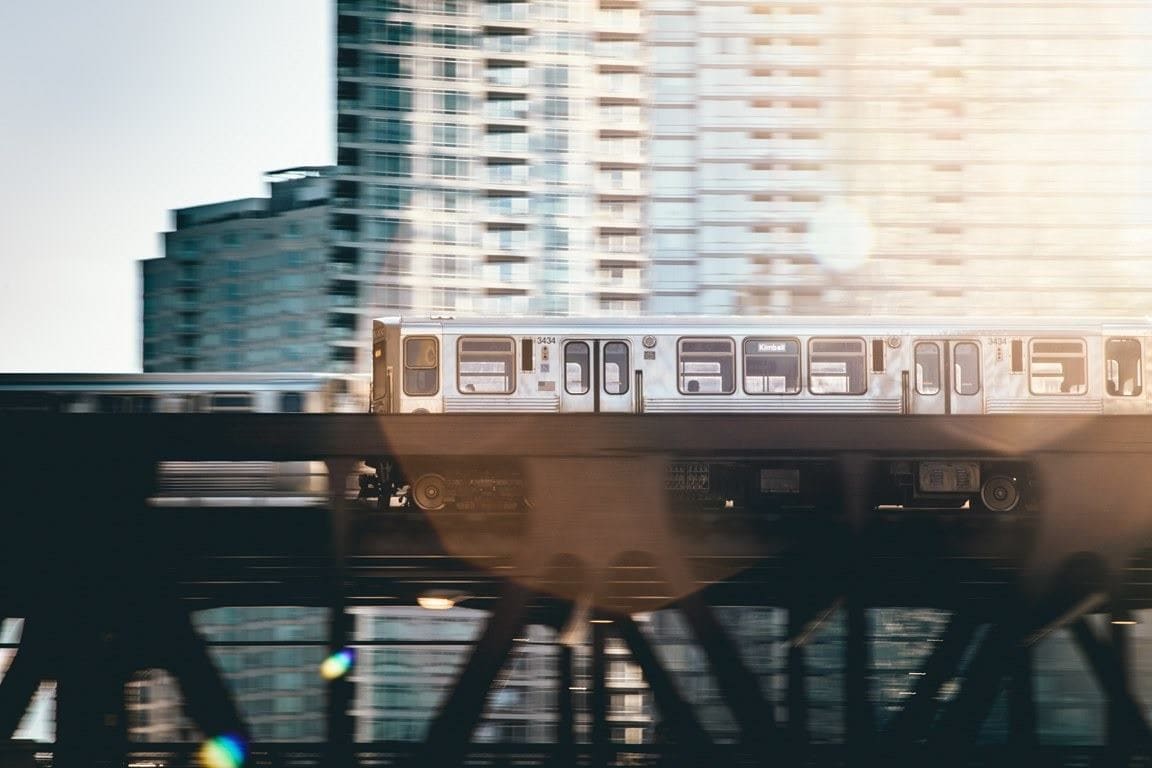 Chicago offers everything you’d expect from a large city: world-class museums, busy retail areas, and a plethora of nightlife options, to mention a few. If you’re here to learn, expect to invest some time. In fact, if you start counting how many world-class attractions and wonders are on show here, you’ll quickly run out of fingers. Enjoy! 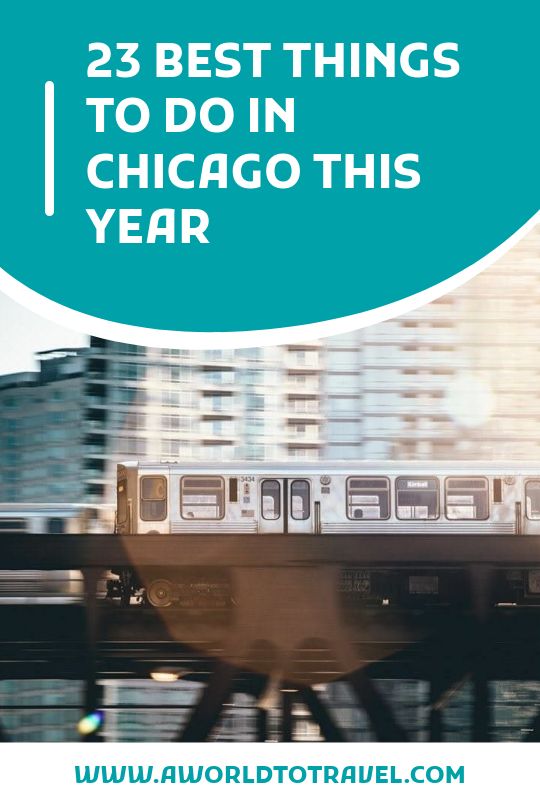