If you are looking for the best places to visit in Western Canada, this post will present you with 15 incredible destinations you cannot miss on your next trip.

The region stretches from the old-growth forests of the west coast to the polar bear inhabited shores of Hudson Bay. In between, landscapes range from the dramatic Rocky Mountains to the rolling prairies and arid badlands. 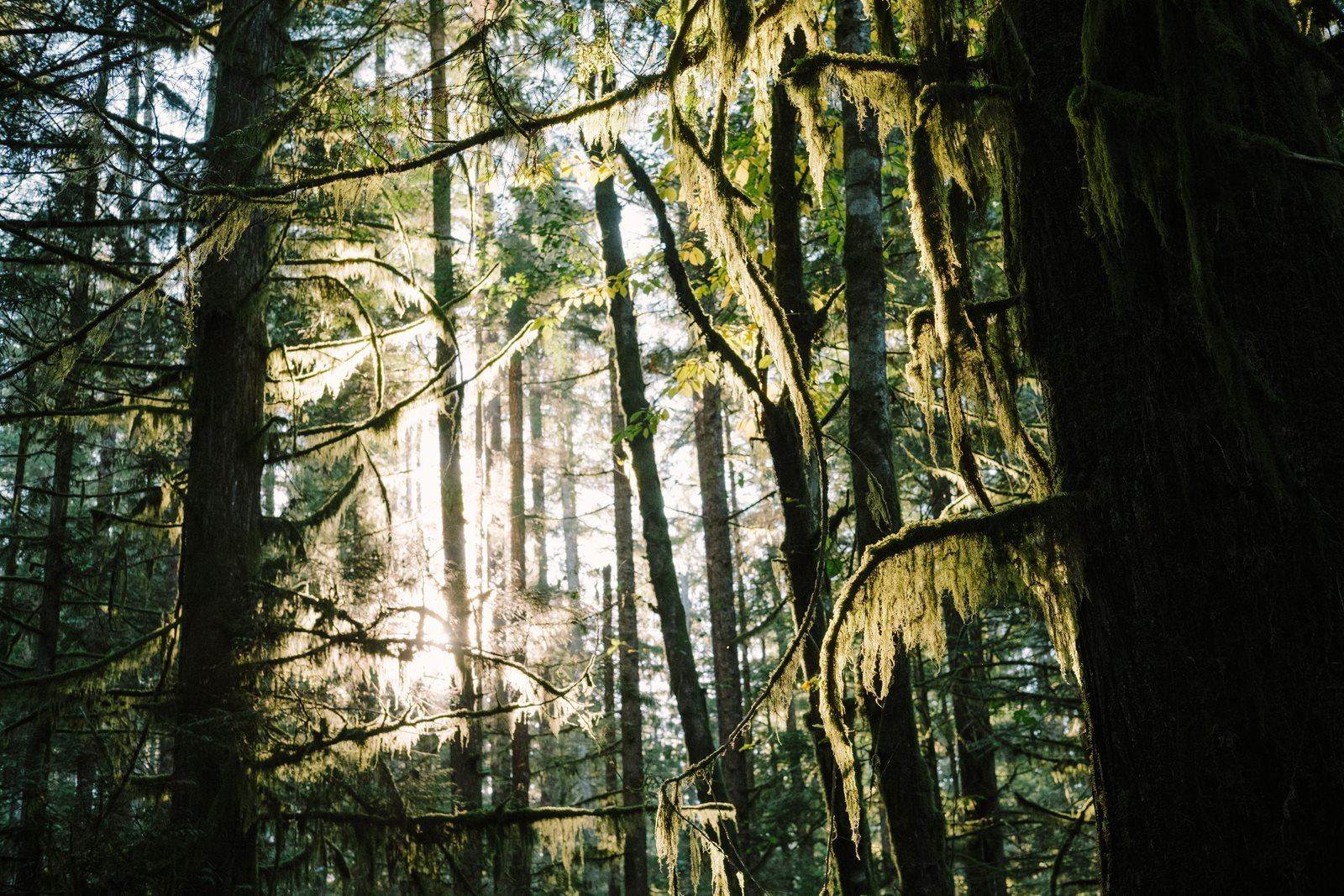 In this article, I’m going to introduce 15 natural & cultural attractions that shouldn’t be missed in this highly enticing corner of Canada. 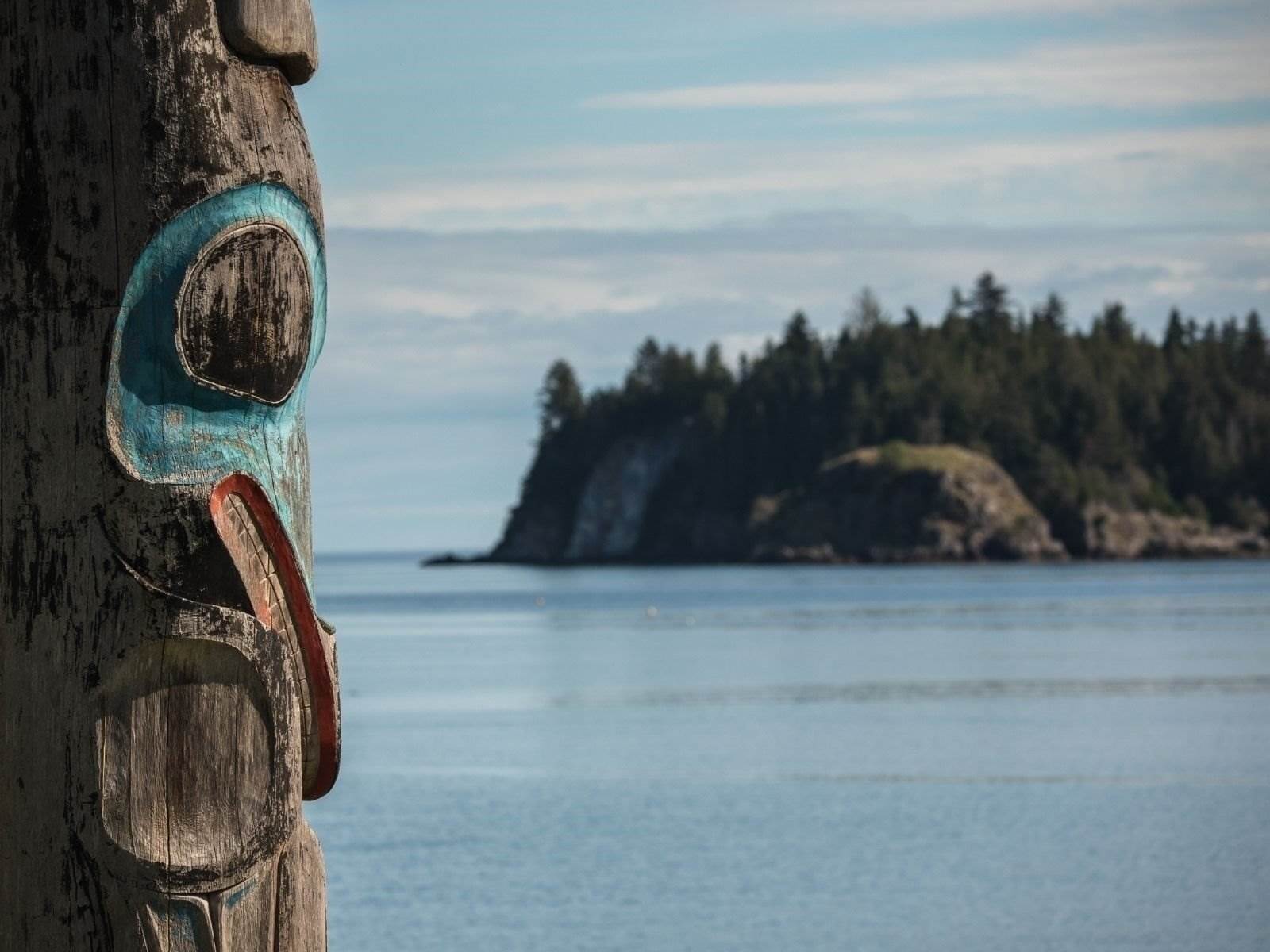 Formerly known as the Queen Charlotte Islands, Haida Gwaii (or “Islands of the Haida People”) is an archipelago off the central coast of British Columbia. The islands of Haida Gwaii encompass a remote region of raw natural beauty.

The rocky islands of Haida Gwaii are covered with moss-covered temperate rainforests. They have even been called the “Galapagos of Canada” for the wide range of plants and animal life they contain, including several endemic species not found anywhere else in the world.

Ferries for Haida Gwaii depart year-round from Prince Rupert. All visitors are asked to make the Haida Gwaii Pledge before coming, a promise to respect Haida Gwaii and the Haida culture during their visit. 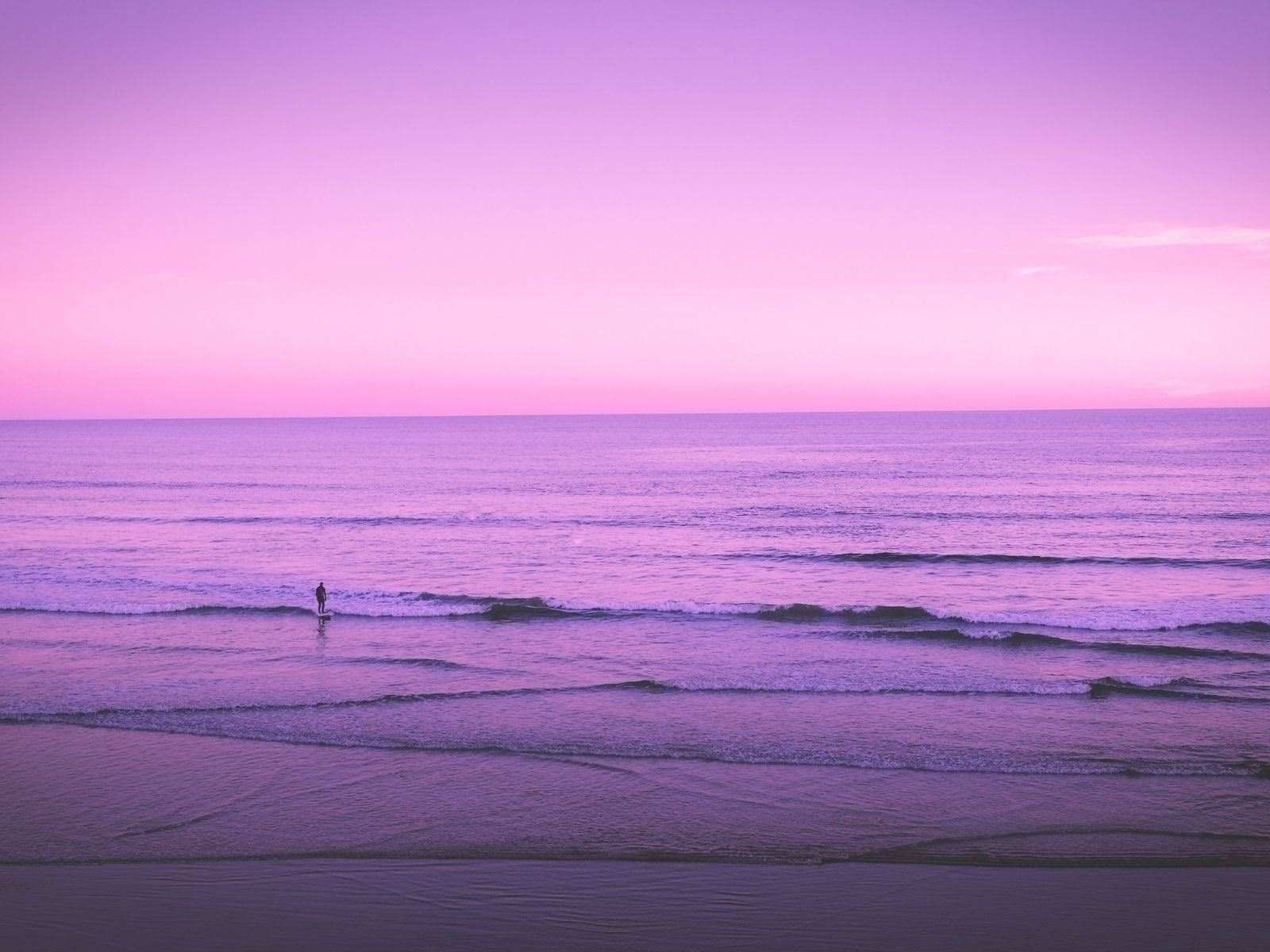 Another unmissable spot on the west coast of Canada is the area around Tofino on Vancouver Island. Tofino is best known for surfing (it has even been called the “surfing capital of Canada”), fishing, old-growth forests, and local indigenous culture.

Tofino town itself is the place to go to check out indigenous art galleries, connect with other surfers or travelers, or organize a variety of activities in surrounding Clayoquot Sound. Some of the most popular include kayaking and whale-watching excursions.

From Tofino, you can also arrange a boat to Hot Spring Cove, which despite being on the mainland, can only be reached by sea. The springs are in a stunning, remote location where thermal springs mix with water from the sea.

Heading south from Tofino, Long Beach in Pacific Rim National Park Reserve is the star attraction. As the name suggests, the beach is incredibly long; you really have to see it to believe it. The beach is one of the top surfing spots around Tofino, along with Cox Bay and Chesterman Beach. 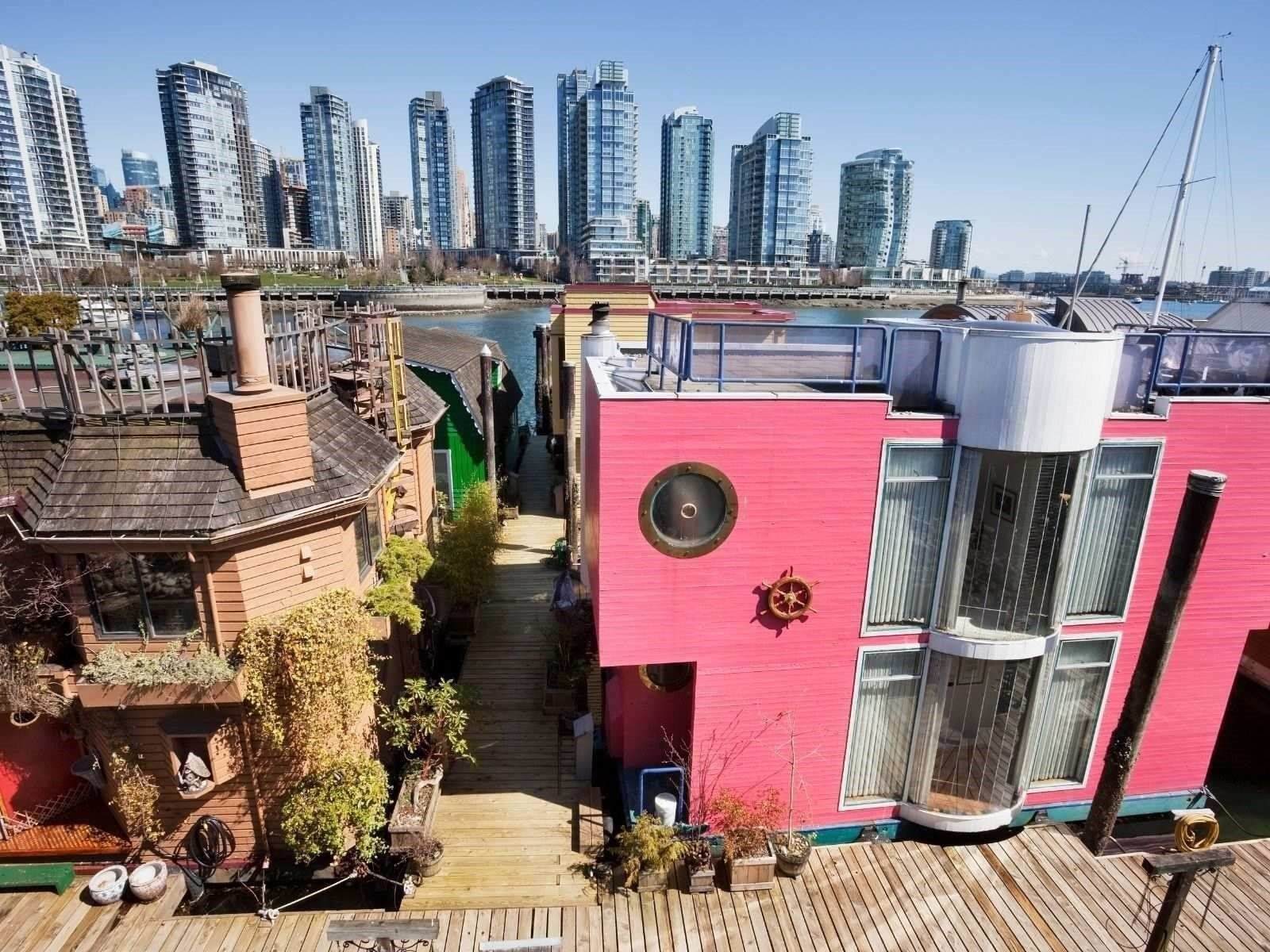 Granville Island is a historic attraction and cultural hub just south of downtown Vancouver, the largest city in Western Canada. While you may know it for Granville Island Beer, which can be found across Canada, this spot has a lot more going for it.

First, to be clear, Granville Island is not an island but a sandspit, or small sandy peninsula sticking out into False Creek, an inlet that separates downtown from other parts of Vancouver. The Granville Island Bridge runs right over it.

Once larger and housing many factories and sawmills, little Granville Island today boasts a high concentration of artistic, cultural, and leisure activities. These include Public Market, numerous theatres and art galleries, restaurants, parks, two breweries, a spirit distillery, and the first sake maker in Canada. 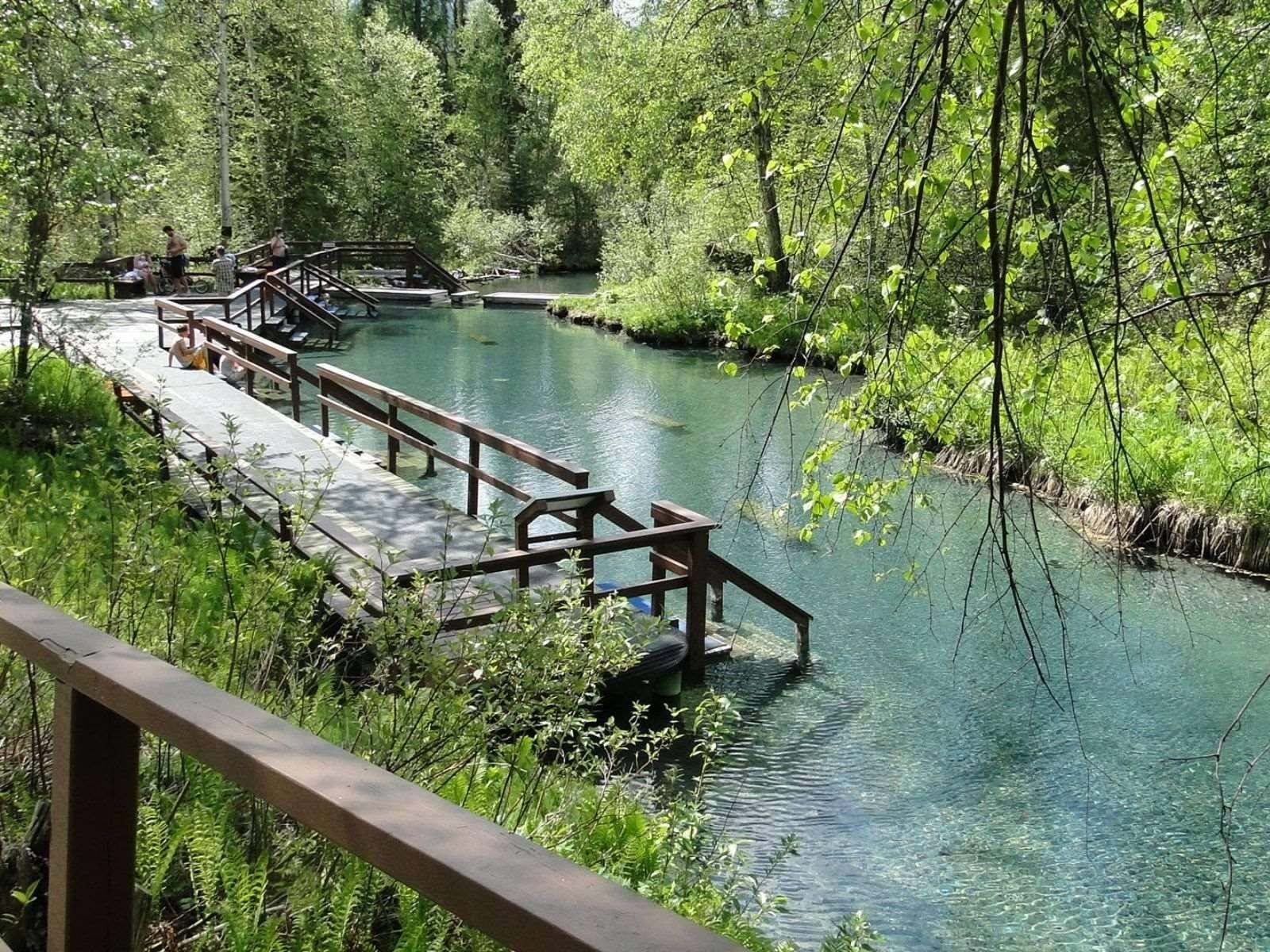 Way, way, way up north on the Alaska Highway just before it enters Yukon sits Liard River Hot Spring. It is the second-largest natural hot spring in all of Canada and compared to the first (Fairmont, also in BC), it is far more remote and less developed.

Deep in the forest, two immense pools of hot water welcome bathers. A boardwalk leads through the forest to prevent damage to the fragile muskeg environment. Bear sightings are incredibly common here. Some visitors have even spotted bears just a few meters away while soaking in the springs!

The best way to experience the springs is to stay in the Liard River Hot Spring Provincial Park campground nearby.

Getting to Liard River Hot Spring requires a bit of dedication; it’s a 21-hour drive from Vancouver! 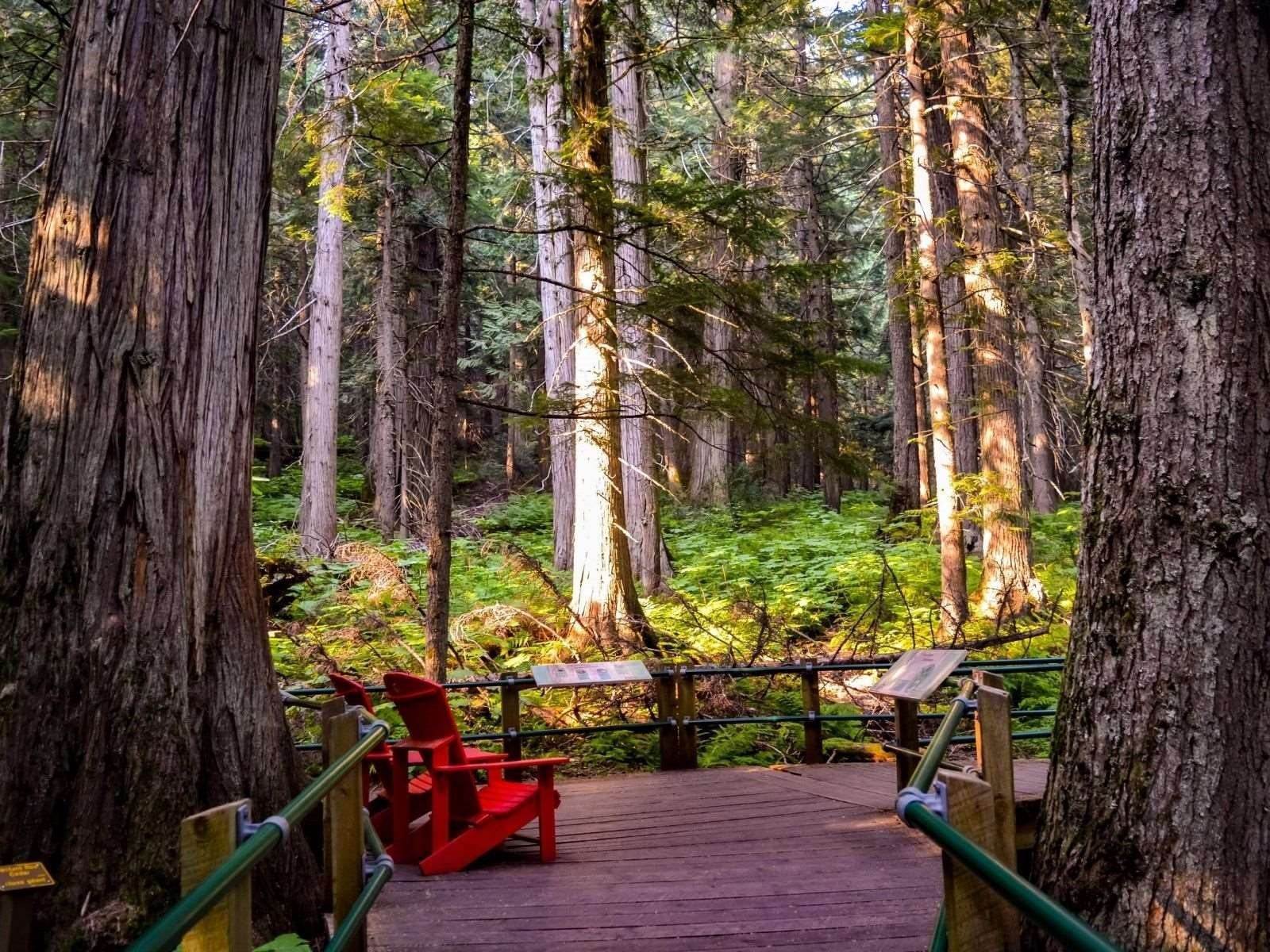 One of BC’s three mountainous national parks, Mount Revelstoke National Park is home to one of the only inland temperate rainforests in the world. What this means is the park is unusually moist and verdant for such a northern and inland location.

One of the best ways to experience Mount Revelstoke National Park is on the Giant Cedars Boardwalk, an easy walk among giant cedars, some of which are more than 1000 years old.

Another is the Enchanted Forest, which features a collection of trails through old-growth forest to a number of spooky treehouses and fairy tale figures. Next to it, Skytrek tempts adventurous visitors with ziplines, aerial trekking, and a giant swing. 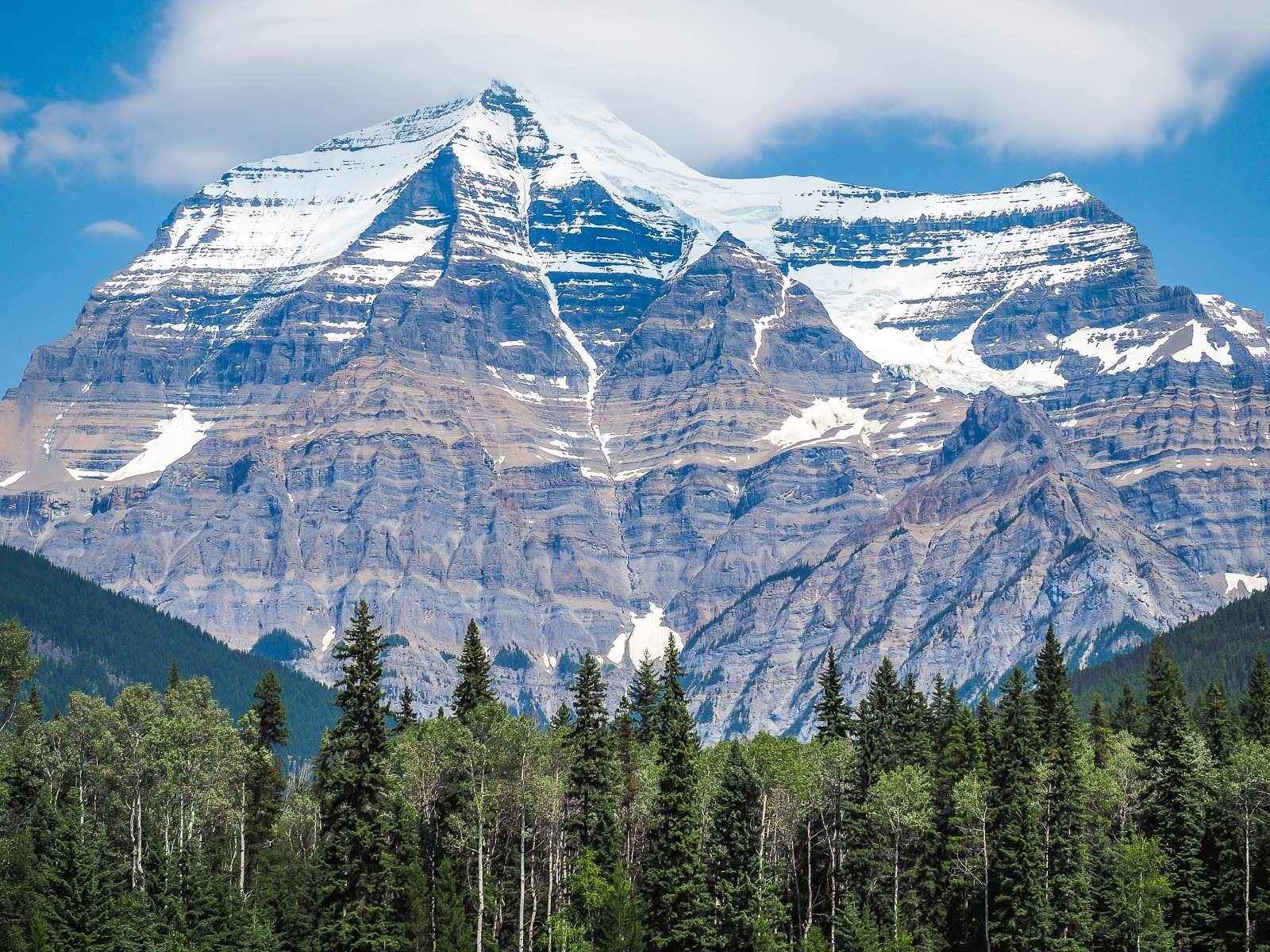 Mount Robson is the tallest peak in the North American Rocky Mountains. At 3,954 meters (12,972 feet), it is a towering giant.

The south face of the mountain is clearly visible from the Yellowhead Highway when you’re heading in the direction of Alberta; driving toward it is a jaw-dropping experience.

The hiking trail to Berg Lake is one of the most stunning in Western Canada. The 41.5-km return multi-day trek to the stunning lake at the base of Mount Robson includes trekking through the Valley of a Thousand Falls to the mighty Emperor Falls. Camping reservations along the route are absolutely essential. 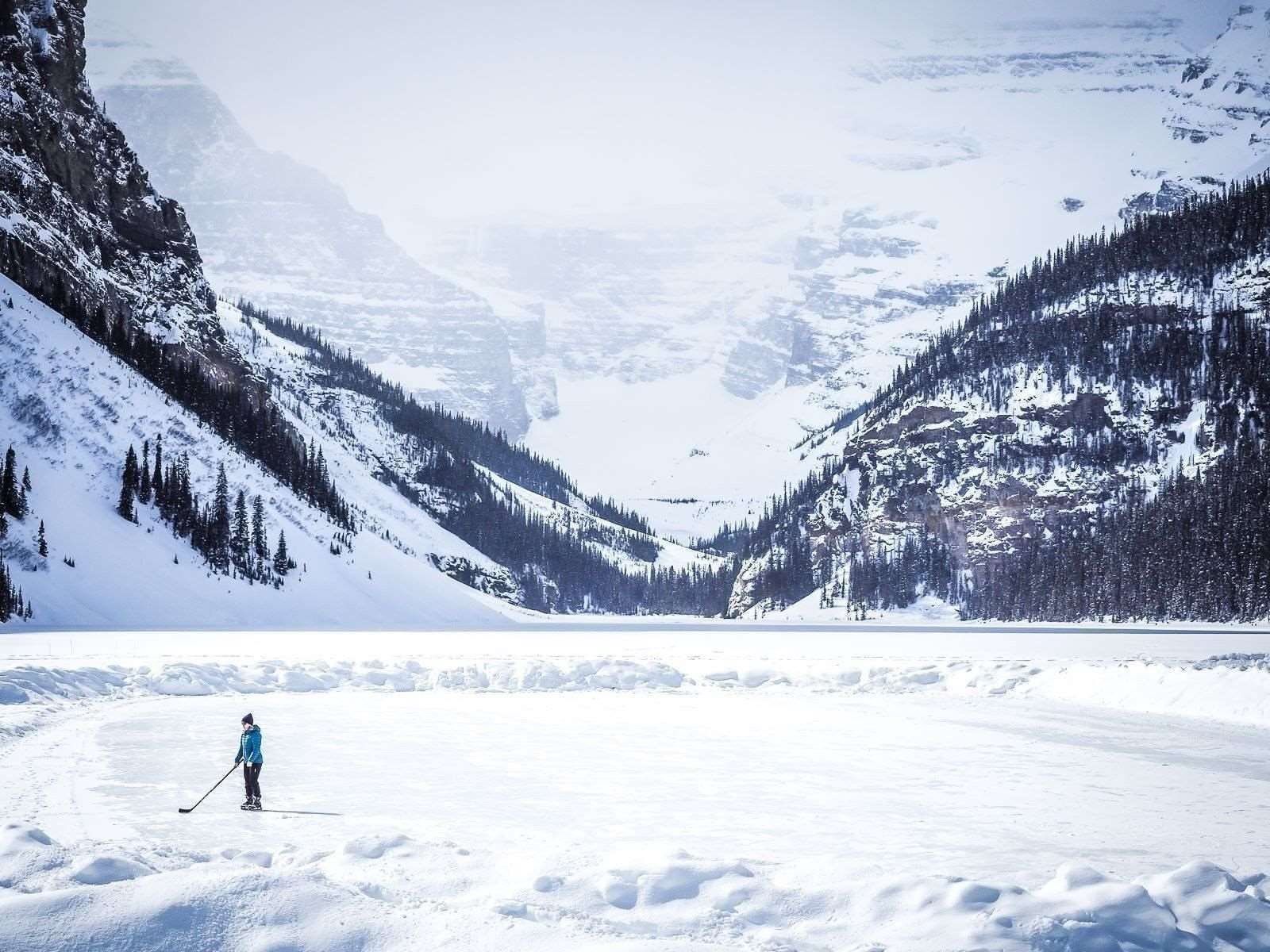 Stepping across the border into Alberta, the twin Lake Louise and Moraine Lake in Banff National Park are considered two of the most beautiful lakes in Canada.

Lake Louise has been dubbed the ‘Jewel of the Rockies’. It is the quintessential Rocky Mountain Lake, with unbelievably turquoise glacial waters surrounded by dramatic peaks, and the iconic Fairmont Chateau Lake Louise.

From Lake Louise, visitors can hike to a high-mountain teahouse. In winter, ice skating on the lake is a true bucket list experience, while Lake Louise Ski Resort – a great one to spend a winter season in Canada – is nearby.

14 kilometers up the road from Lake Louise, Moraine Lake is every bit as beautiful (some say even more). The view from the rocky moraine, looking down at the lake as it reflects mountains from the Valley of the Ten Peaks, is so beautiful that it was featured on the Canadian $20 bill. 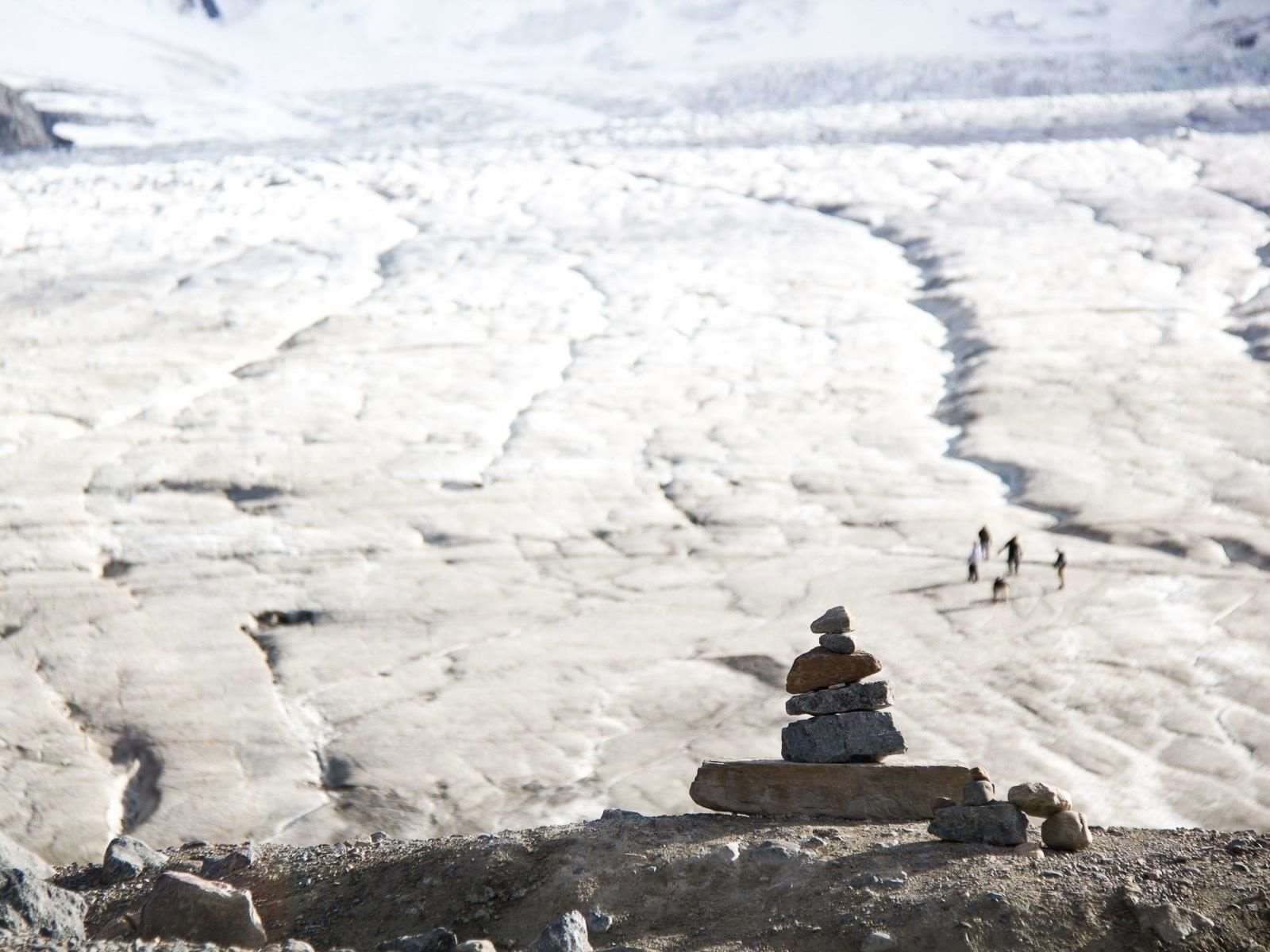 Driving up the Icefields Parkway, described as one of the world’s most beautiful drives, visitors leave Banff and enter Jasper National Park. The first stop to tempt them is Athabasca Glacier.

This glacier is just one of six ‘toes’ of Columbia Icefield, the largest ice field in the North American Rocky Mountains. Because you can drive right up to the base of it, it is the most-visited glacier in North America.

The best way to experience the glacier is to catch a ride on one of the Ice Explorer snow coaches, which includes time to walk on the glacier. After that, guests are escorted to the Skywalk, a glass-bottomed promontory overlooking an immense valley nearby. 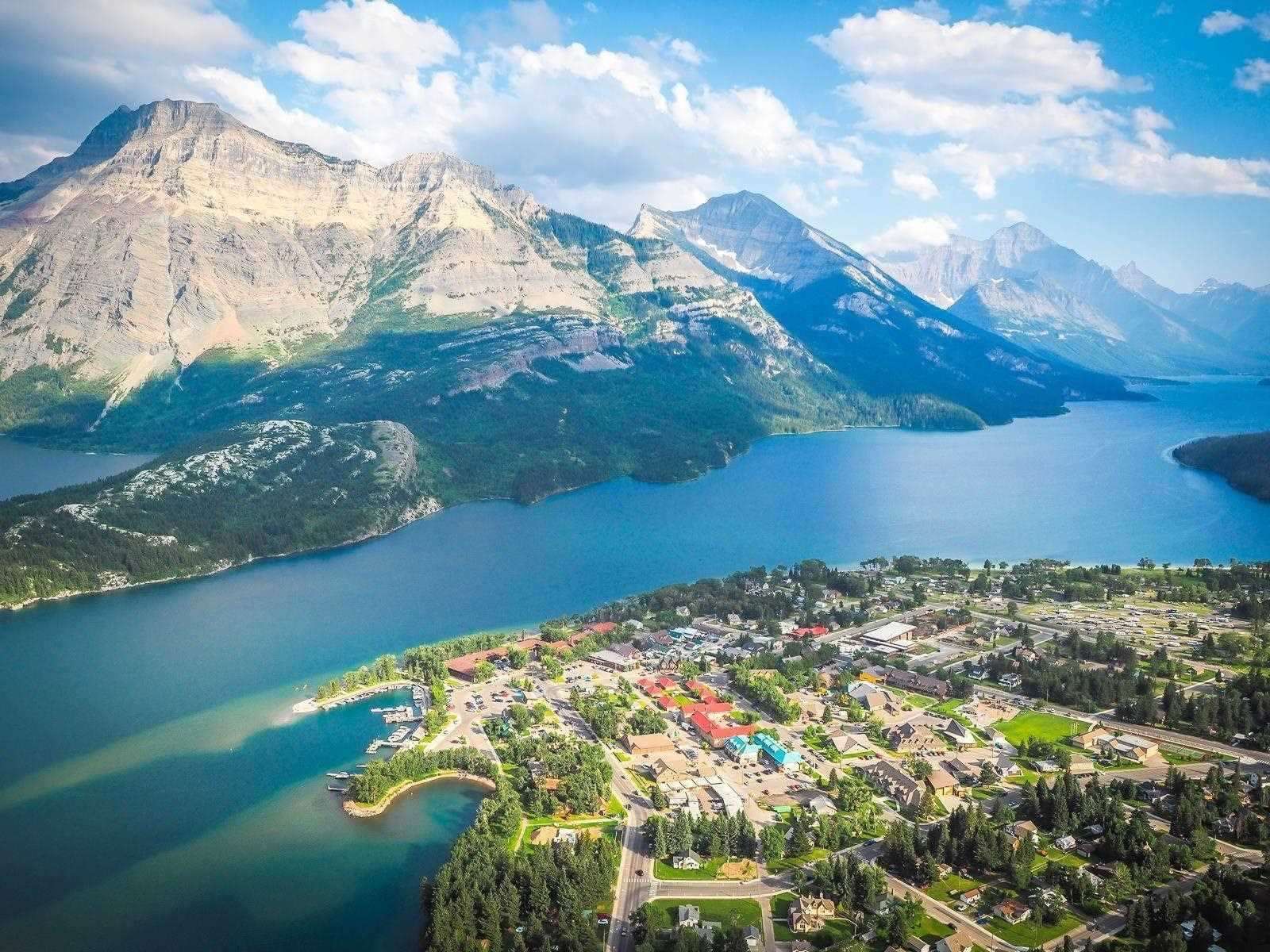 Waterton Lakes is one of the lesser-known and visited national parks in Western Canada. Connected to Glacier National Park in the United States, it is known for its natural beauty and abundance of outdoor activities.

Some of the best things to do in Waterton include hiking, kayaking, canoeing, sailing, and snowshoeing. Essential hikes for first-timers are Bear’s Hump, a short but steep ascent to a lookout over Waterton Lakes, and Crypt Lake, an all-day trail that requires a boat ride across the lake and includes an infamous narrow trail, ladder ascent, and tunnel through the mountain.

Another must is kayaking on Cameron Lake on a calm morning, while Red Rock Canyon is out-of-this-world. And bear sightings in Waterton are practically guaranteed! 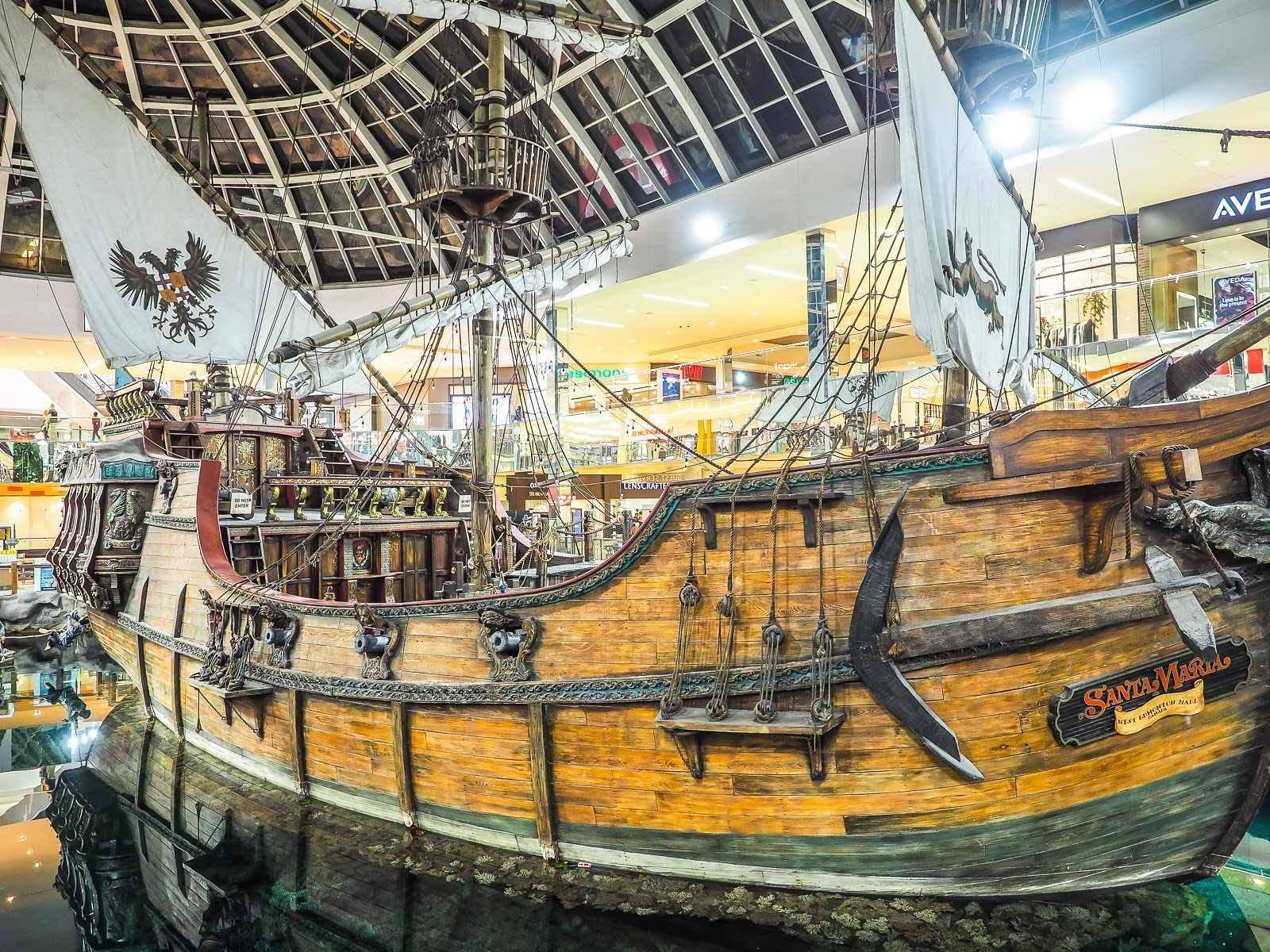 While it may seem odd to follow up the above natural wonders with a shopping mall, just hear me out first!

West Edmonton Mall was the world’s largest mall in 2004. Although it no longer tops the list, it is still enormous and houses a ridiculously long list of impressive attractions and activities.

As if that weren’t enough, the Mall even has its own Chinatown, European Boulevard, and New Orleans street filled with bars and restaurants. There’s even a theme-room hotel attached, so visitors never even have to leave the mall. 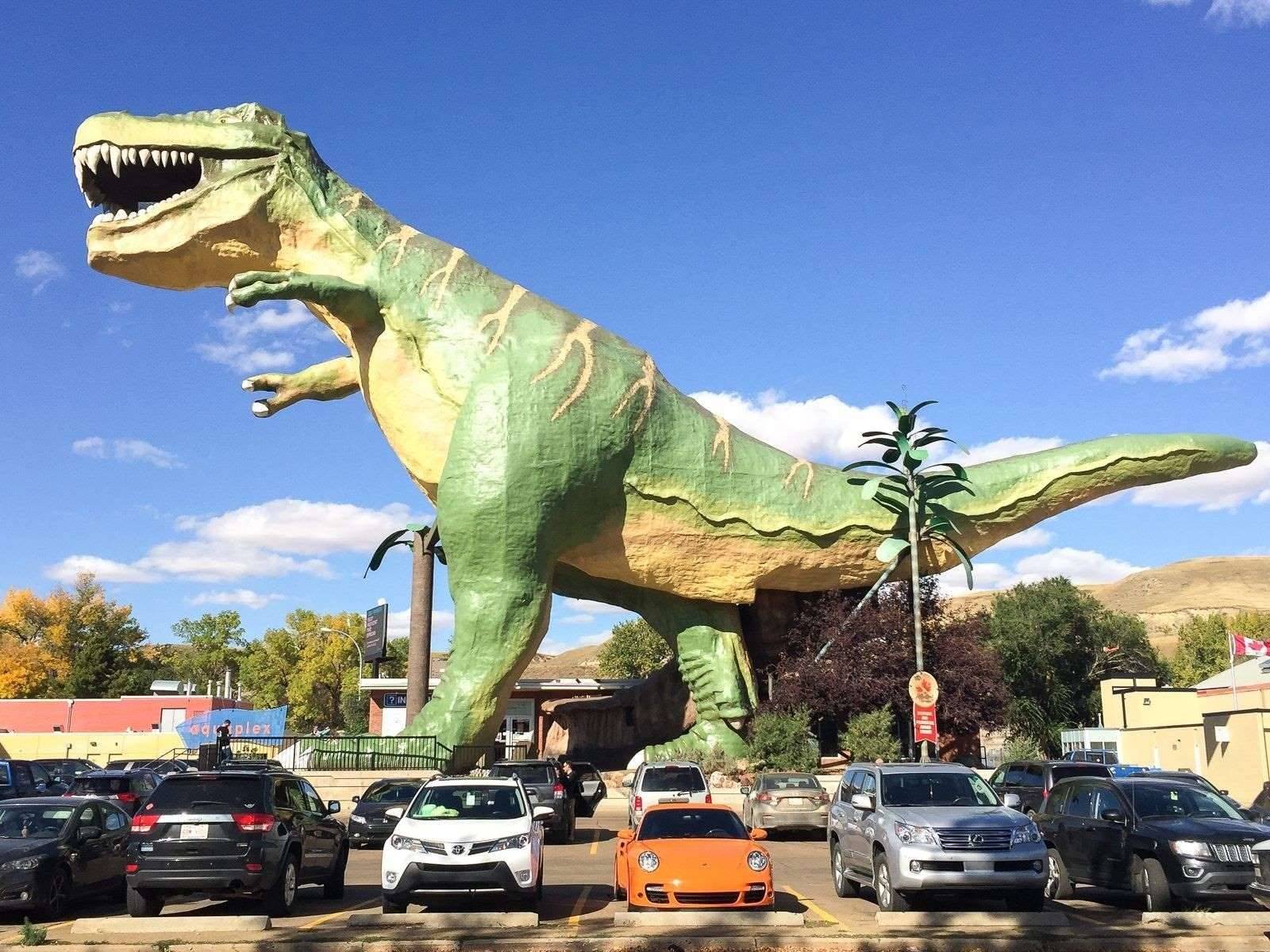 Calling all dinosaur lovers! Drumheller in southern Alberta is considered the world’s dinosaur capital. Dozens of new dinosaur species have been discovered around Drumheller and nearby Dinosaur Provincial Park.

The town of Drumheller is full of family-friendly dino-related activities. The top priority is the Royal Tyrrell Museum of Paleontology, arguably the world’s best dinosaur museum. In town, visitors can also climb up into the mouth of the world’s largest T-Rex, a statue 4.5 times larger than a real T-Rex!

Around Drumheller, the best places to visit are Horseshoe and Horsethief Canyons, as well the famous collection of hoodoos. At Dinosaur Provincial Park, people can camp among the badlands or take a tour to real dinosaur fossil excavation sites. 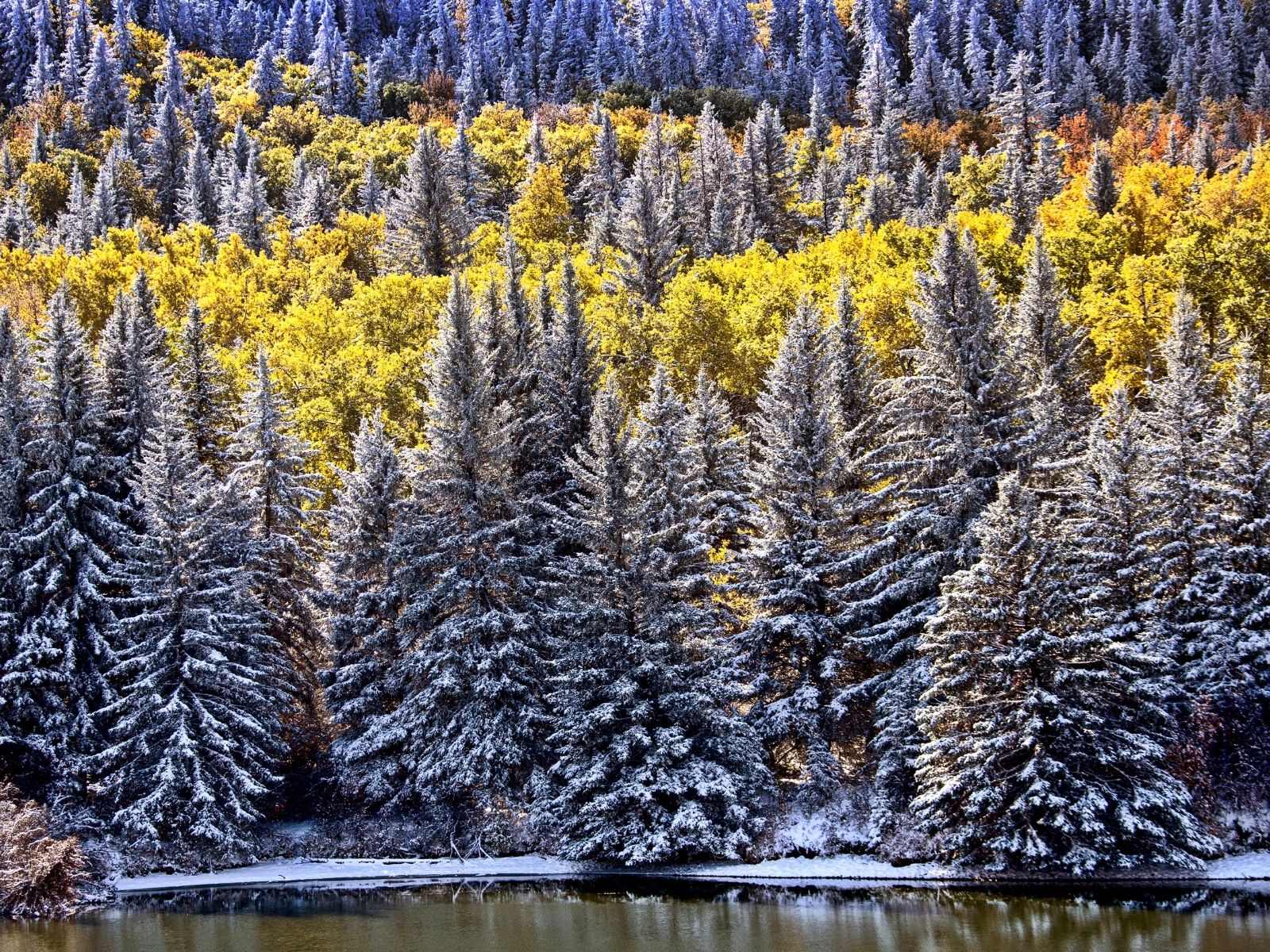 Cypress Hills are a unique landscape among the prairies of Western Canada. Because Cypress Hills is elevated, it escaped being glaciated, and thus has a totally different ecosystem than the surrounding plains.

As an ‘Interprovincial Park’, Cypress Hills is split into three sections: Elkwater on the Alberta side, and West Block Wilderness Area and Centre Block on the Saskatchewan side.

Between the three sections, Cypress Hills offer countless opportunities for camping and other outdoor activities. A huge variety of plants (including orchids!), birds, and other wildlife can be seen in the area. 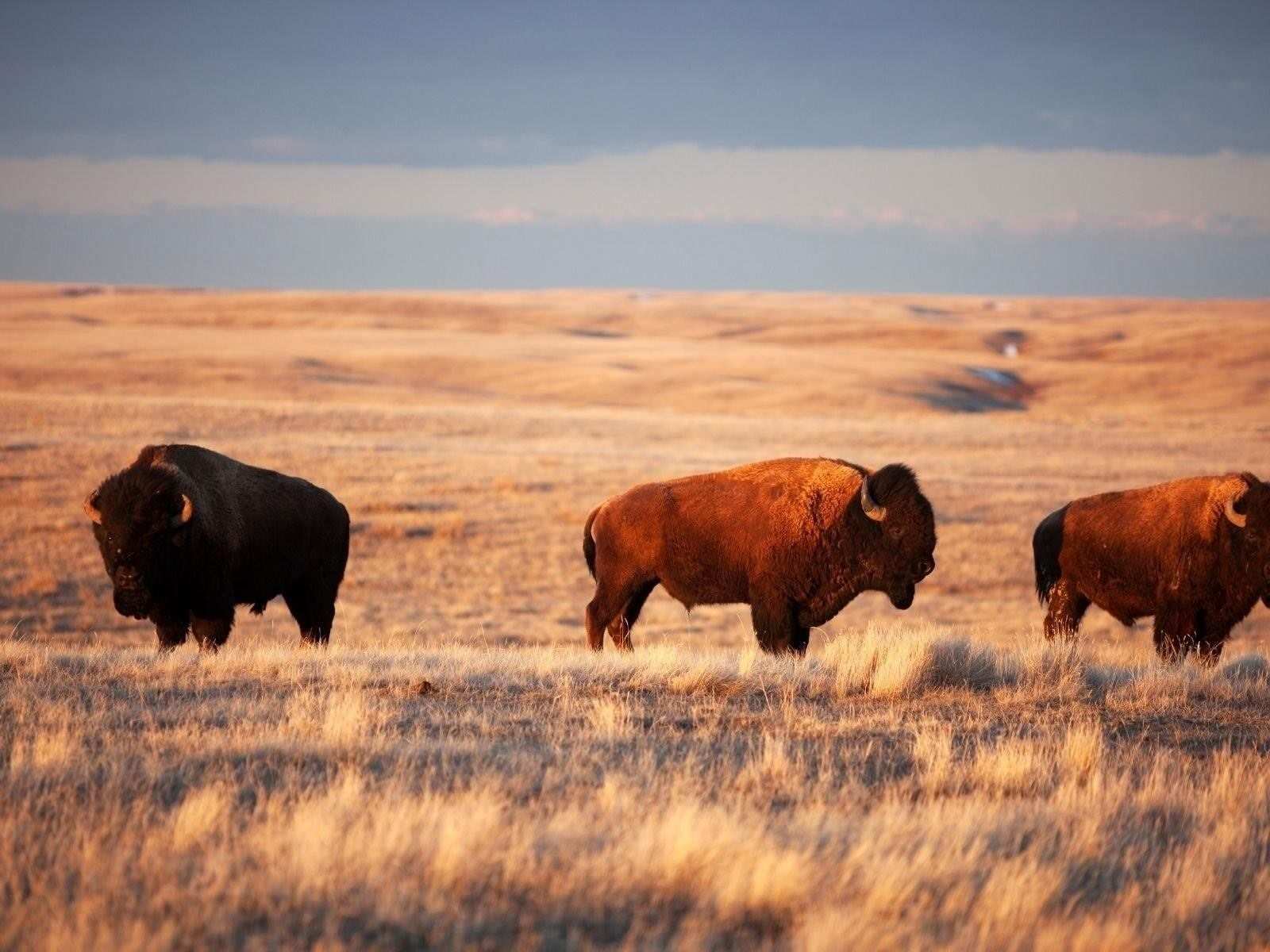 One of only two national parks in Saskatchewan, Grassland National Park is the lesser visited of the two due to its isolated location in the far south of the province.

Grasslands National Park is special because it preserves one of the few original, undisturbed sections of prairie grassland. Roaming herds of plains bison are the park’s signature species, but others include pronghorns, foxes, rattlesnakes, ferrets, and short-horned lizards.

Visitors may be surprised by the fact that the landscape is not as flat as one might expect, but rather includes rolling hills and other land formations caused by the movement of glaciers in the last ice age.

One of the best experiences to be had is staying in a teepee in one of the park’s campgrounds. The park is also Canada’s darkest Dark Sky Preserve, ideal for stargazing. 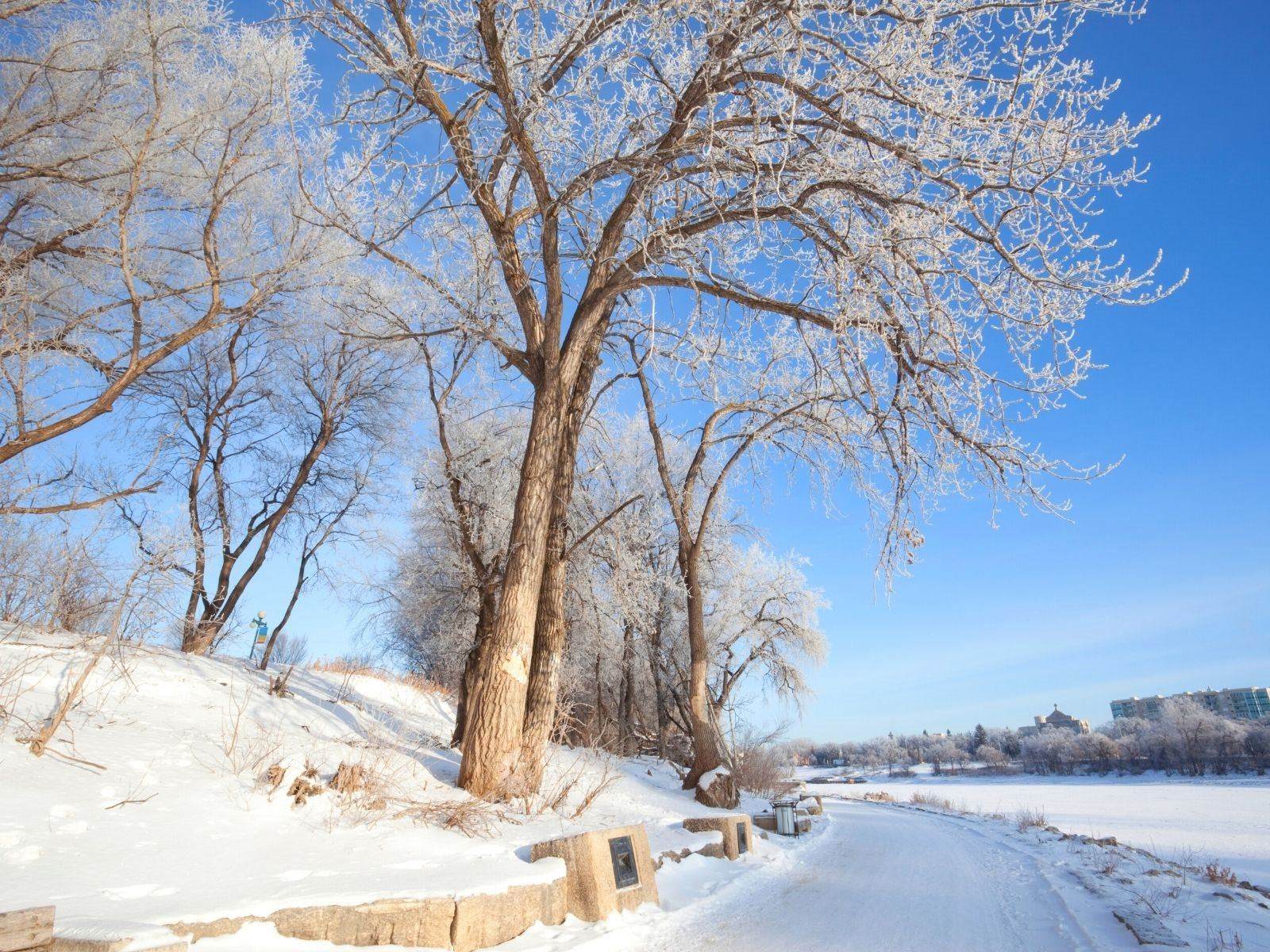 Right next to downtown Winnipeg, the Forks has been a gathering place of various cultures for 6000 years. Early indigenous tribes and Metis hunters met there, followed by fur traders, various immigrants, and river ships & railway workers.

The Forks occupies a large bank at the junction of the Assiniboine and Red Rivers. 30 years ago it was transformed from railway yard to cultural hub, and now attracts millions of visitors every year.

Facilities and attractions at the Forks include skating rinks, concert stages and a natural amphitheater, walking trails, art galleries, restaurants, and several historic sights. Several major festivals are also hosted here. In many ways, the Forks is the heart of the city and the best way to dive into local, Manitoba culture. 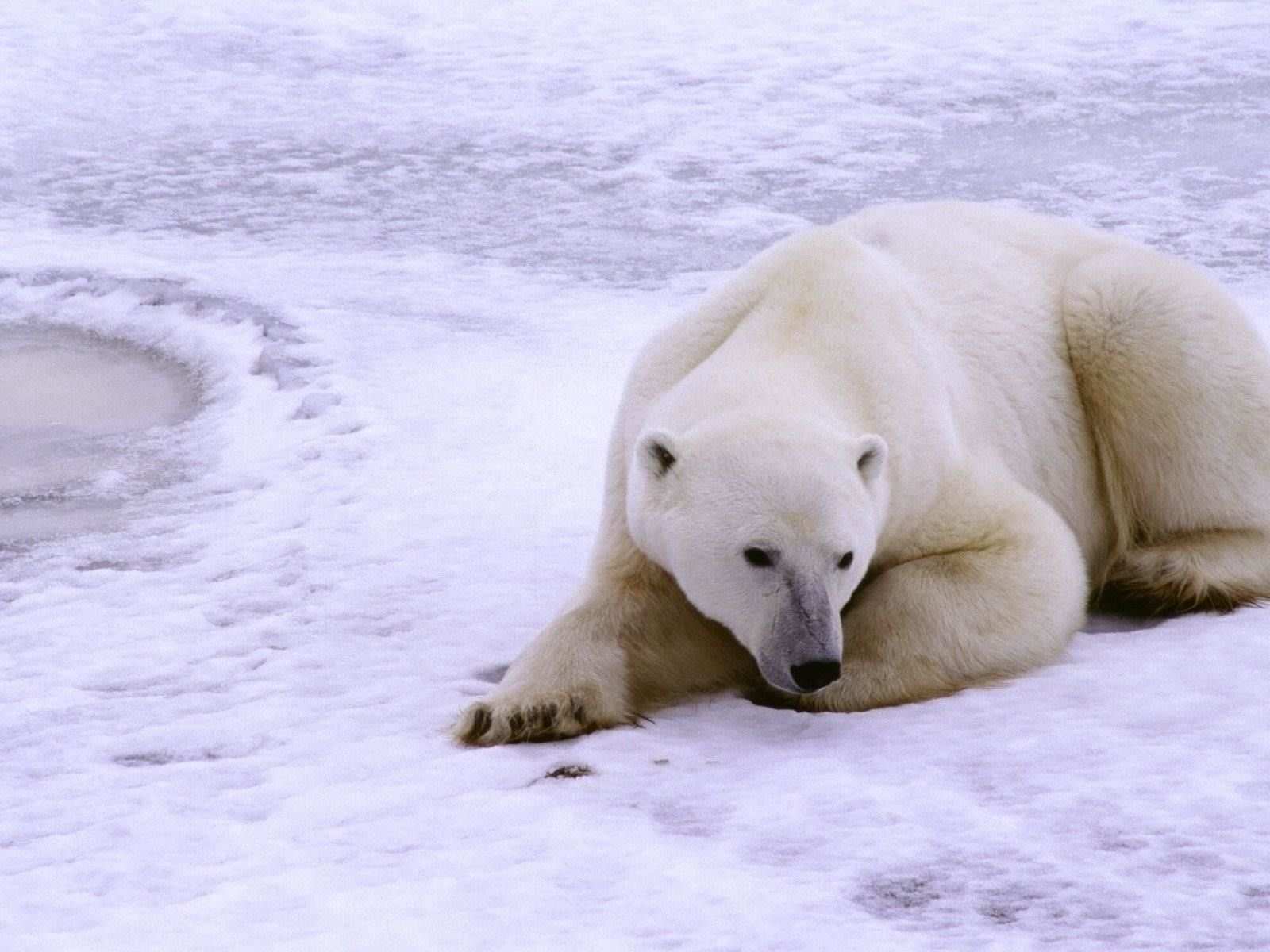 How did you know I was saving the best for last? Churchill is a town on the Hudson Bay in Manitoba that has been called the “Polar Bear Capital of the World”, for it is one of the best places in the world to see them.

In summer, when the ice melts on Hudson Bay, the polar bears come ashore. Then in fall when it returns, the bears return to the ice, often via Churchill.

Because so many people visit Churchill for the few short weeks that the bears are around, there are several other activities on offer to keep them busy: beluga whale tours, dog sledding, and aurora (Northern Lights) viewing are but a few.

Thanks for reading, and I hope you’ve some awesome new ideas for fascinating places to visit in Western Canada! 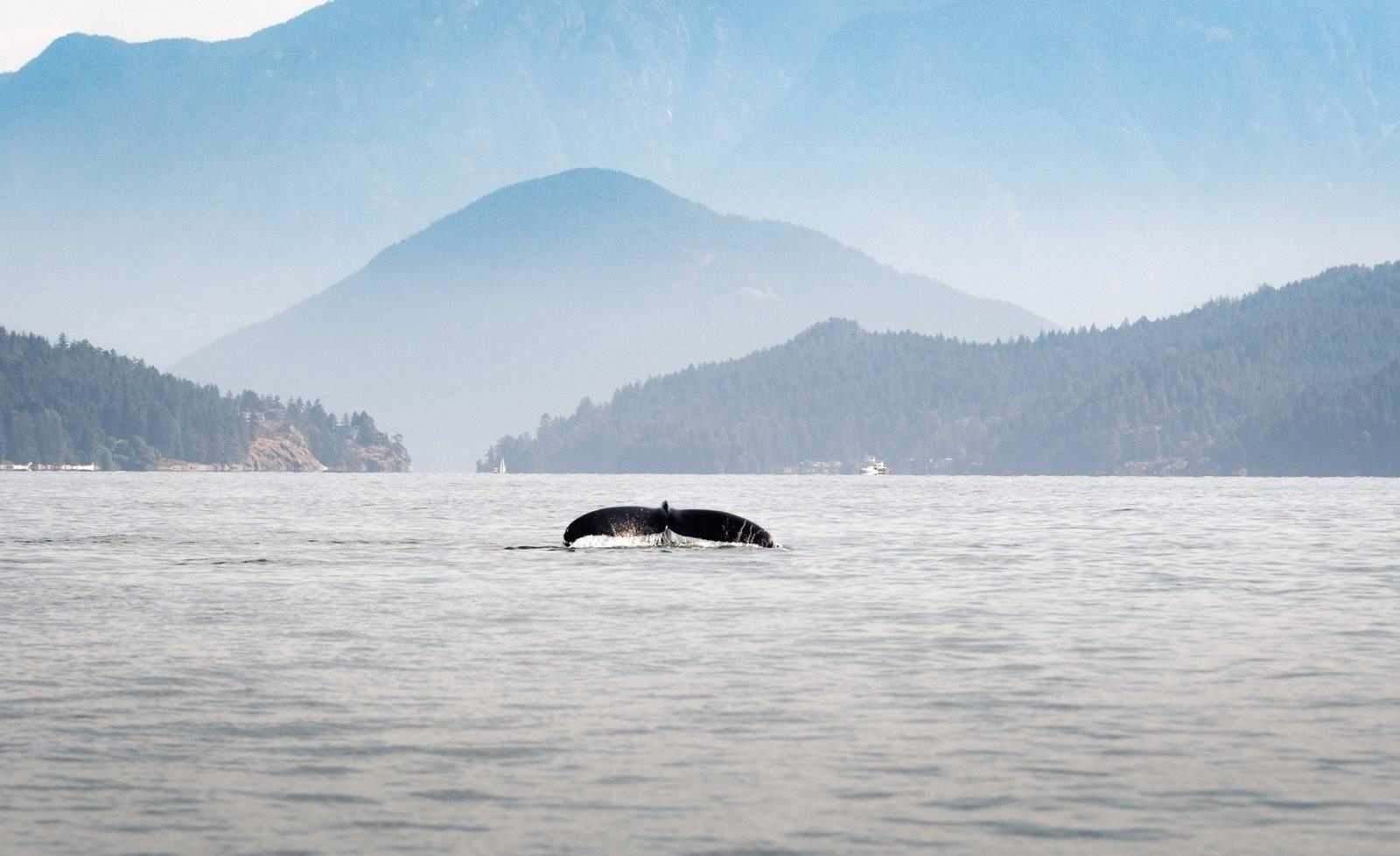 Nick Kembel was born and raised in Edmonton. After traveling and living abroad for two decades, he now finds himself back at home exploring Western Canada. 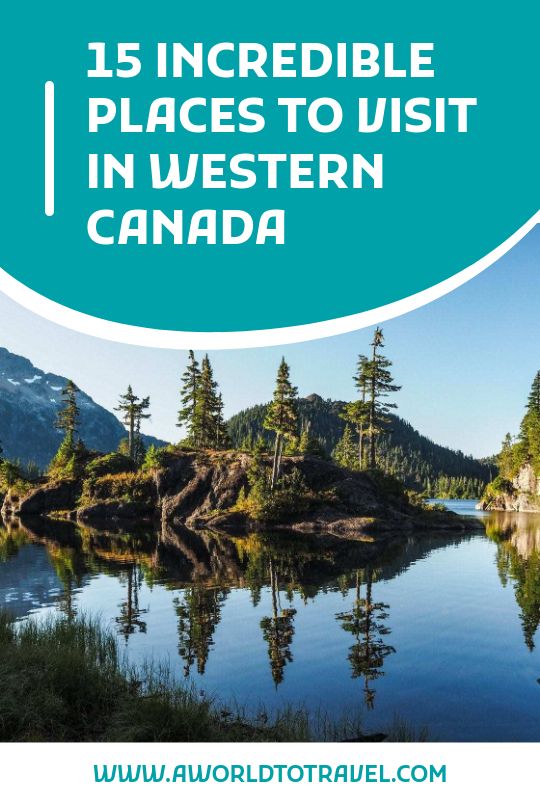