The Mexican capital is huge. Getting oriented can be difficult and knowing which parts of the city are worth visiting takes time and patience, especially if you’re not used to big cities. Each of the Mexico City suburbs has a distinct feel, layout, and atmosphere, so it’s worth taking some time to get familiar with them before you arrive. Explore this guide to some of Mexico City’s most interesting neighborhoods and nicest parts of CDMX in alphabetical order: 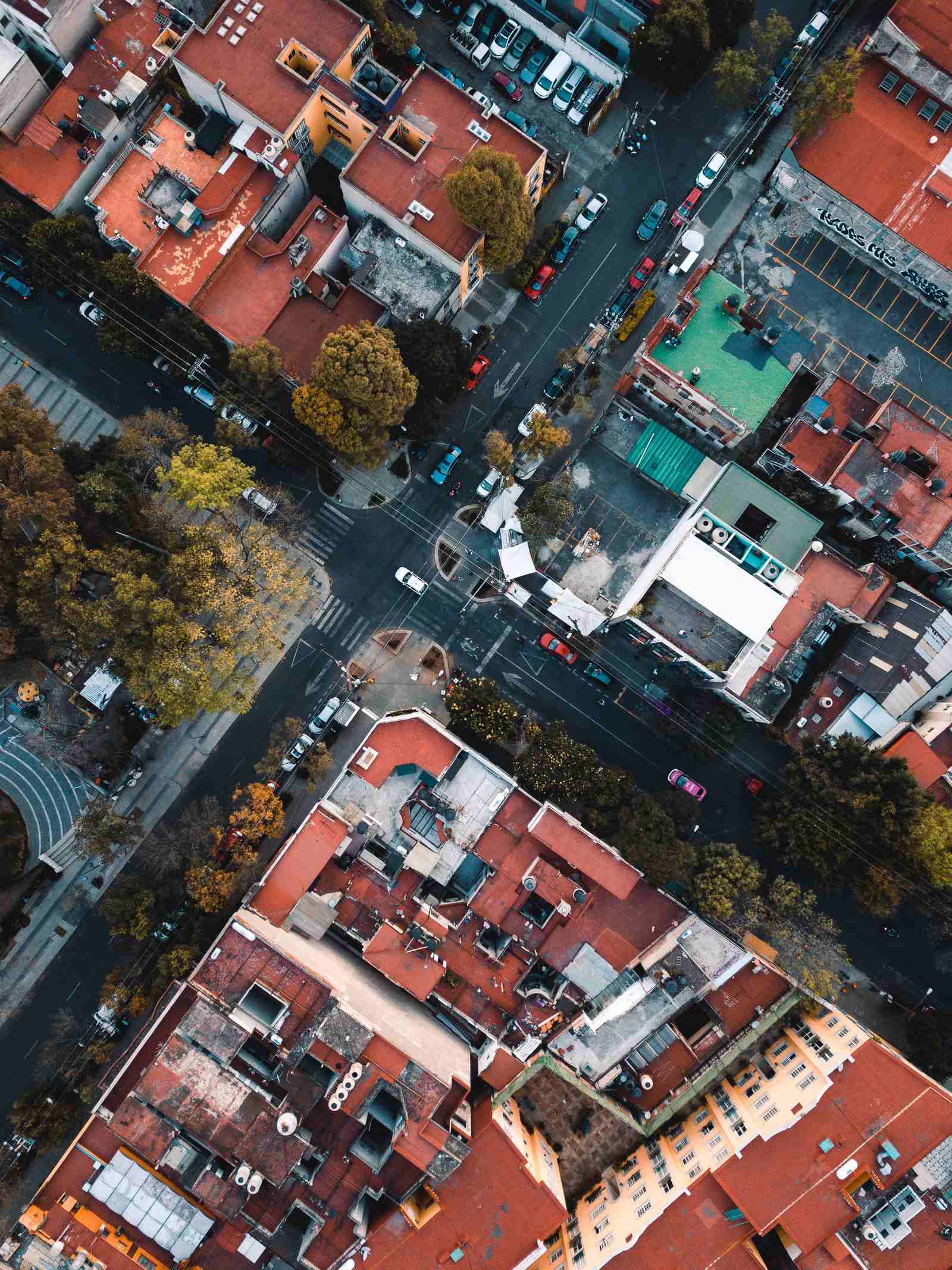 Home to some of the most famous sights of Mexico City including the beautiful Museo del Palacio de Bellas Artes and the enormous Zócalo, the Centro Histórico is the oldest part of modern Mexico City as built by the Spanish when it was the capital of New Spain.

While it’s obvious that this was once very grand and beautiful, much of the architecture is in a state of disrepair and is unfortunately quite ugly but still the area where you’ll notice the most tourists. 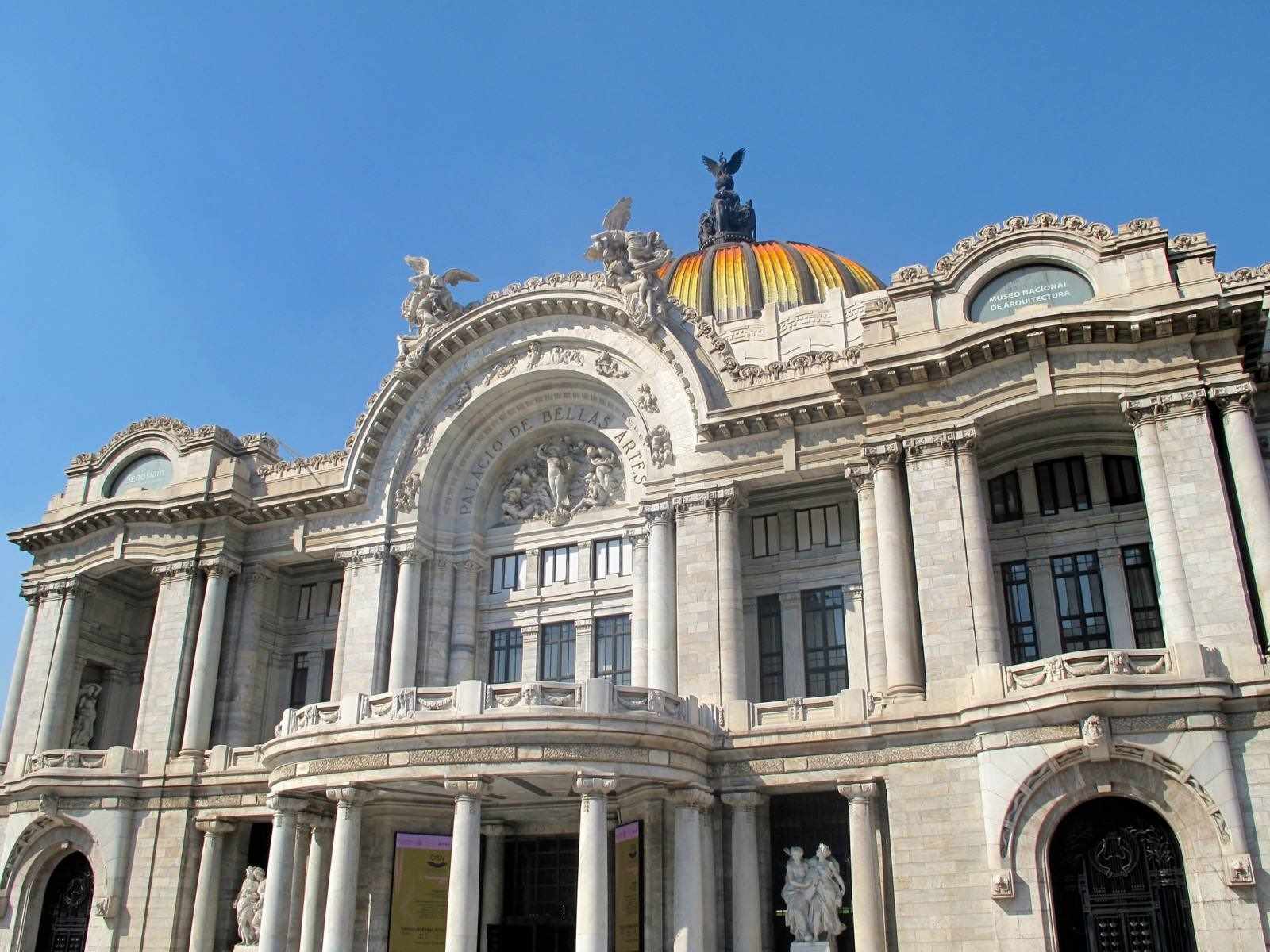 Visit for: the Museo del Palacio de Bellas Artes; to see the former colonial splendor of the Spanish Empire.

Technically three smaller colonias (Condesa, Hipódromo, and Hipódromo Condesa), Condesa is what locals refer to this area as a whole. It centers around Parque México, which is surrounded by Avenida Ámsterdam, an oval road with a pleasant pedestrian walkway down the center and is full of independent boutiques, bookshops, coffee shops, and restaurants. 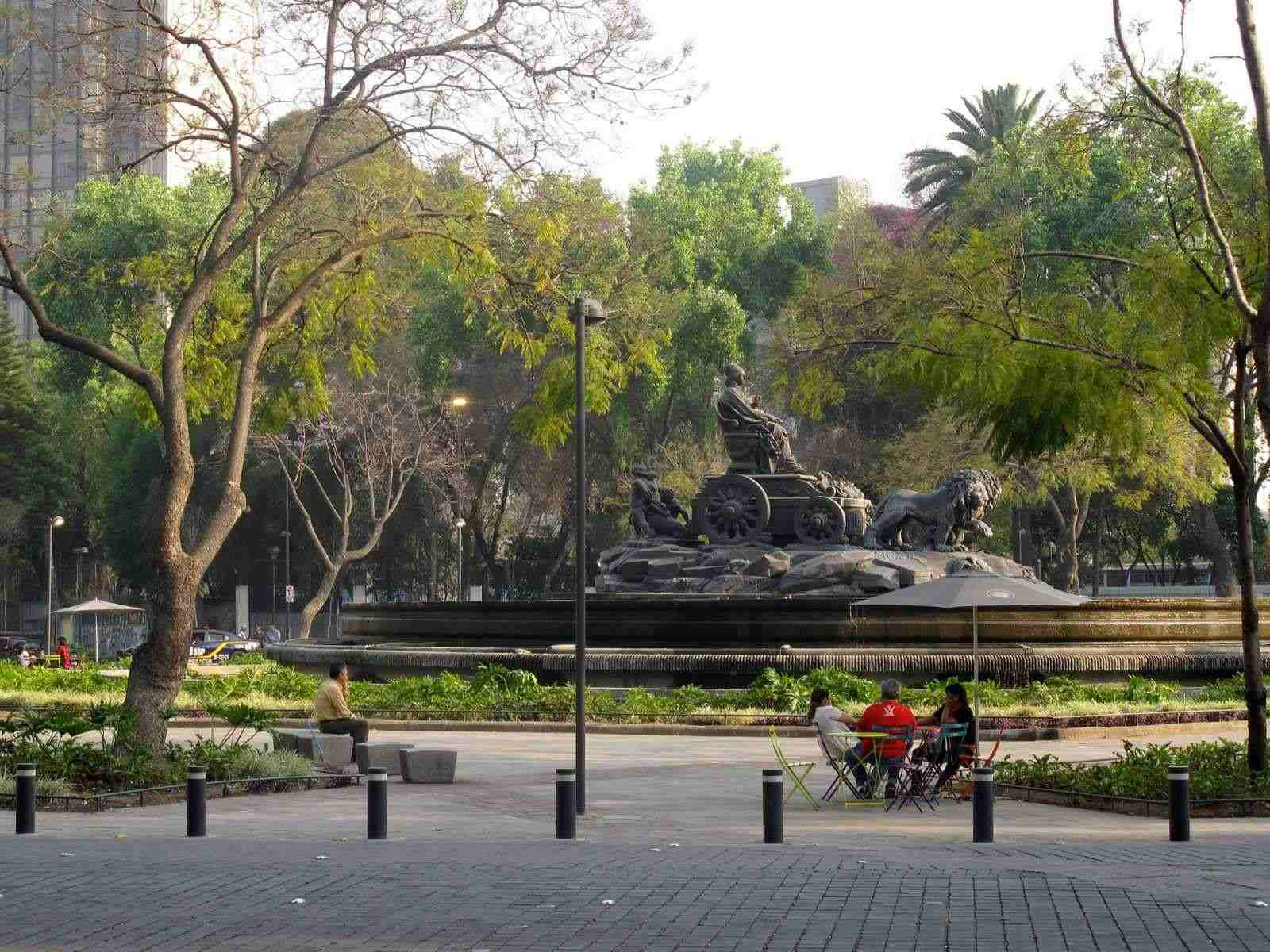 It’s one of the greenest parts of the central city besides Chapultepec Forest and has some lovely Art Deco architecture lining its streets and is probably the most pedestrian-friendly neighborhood in a city that is not generally built for walking.

Visit for: a walk along Avenida Ámsterdam; a wander around the Librería Rosario Castellanos 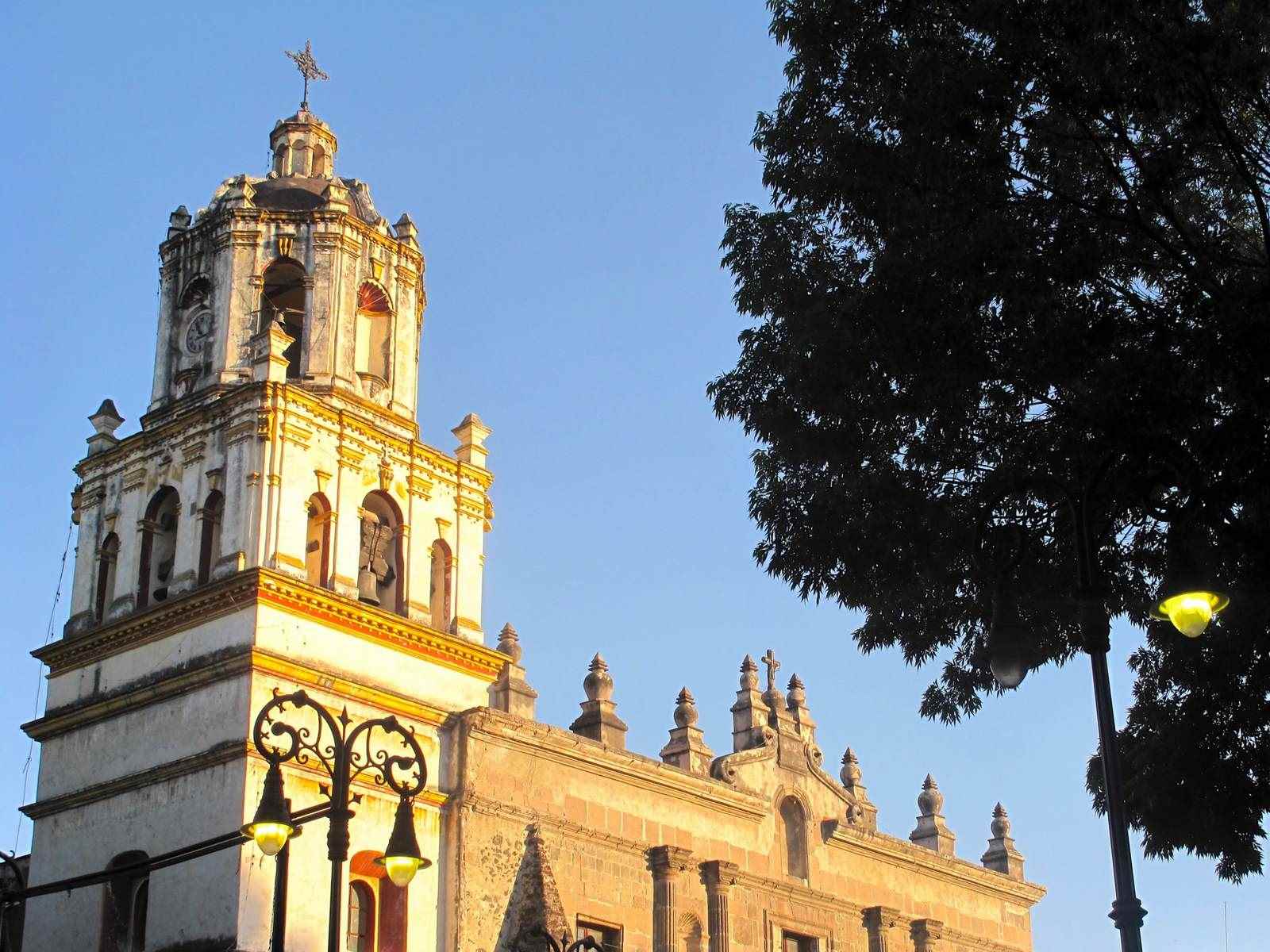 Known as the home of Frida Kahlo, Coyoacán is an attractive residential neighborhood with several attractions. It has a distinct feel from the rest of the city, as it used to be its own town before the metropolis subsumed it, but still, the skyscrapers and traffic seem very far away here.

It has a pleasant town square that reminded us of some of the smaller towns we visited throughout Mexico, and of course, the Frida Kahlo Museum (also known as the Casa Azul or Blue House) is a popular attraction here. Entry is relatively expensive, costing between M$90 and M$150 depending on if you are a Mexican resident and what day of the week you visit. It’s also just a nice place to come and chill out away from the chaos of the rest of the city.

Visit for: the Frida Kahlo Museum; the calm, quiet, and relatively fresh air and to enjoy special festivities such as Day of the Dead.

The business center of the city, Juárez begins near the eastern-most point of Chapultepec Forest and clings to Paseo de las Reforma which is lined with skyscrapers. It’s here you’ll find the Zona Rosa, the main gayborhood of Mexico City which has a strange mix of sex shops, gay clubs and recently, Korean-owned businesses. It’s also home to the famous Ángel de Independencia, an internationally recognized symbol of Mexico City.

Visit for: a selfie at the Ángel; big name brand shopping, if that’s your thing 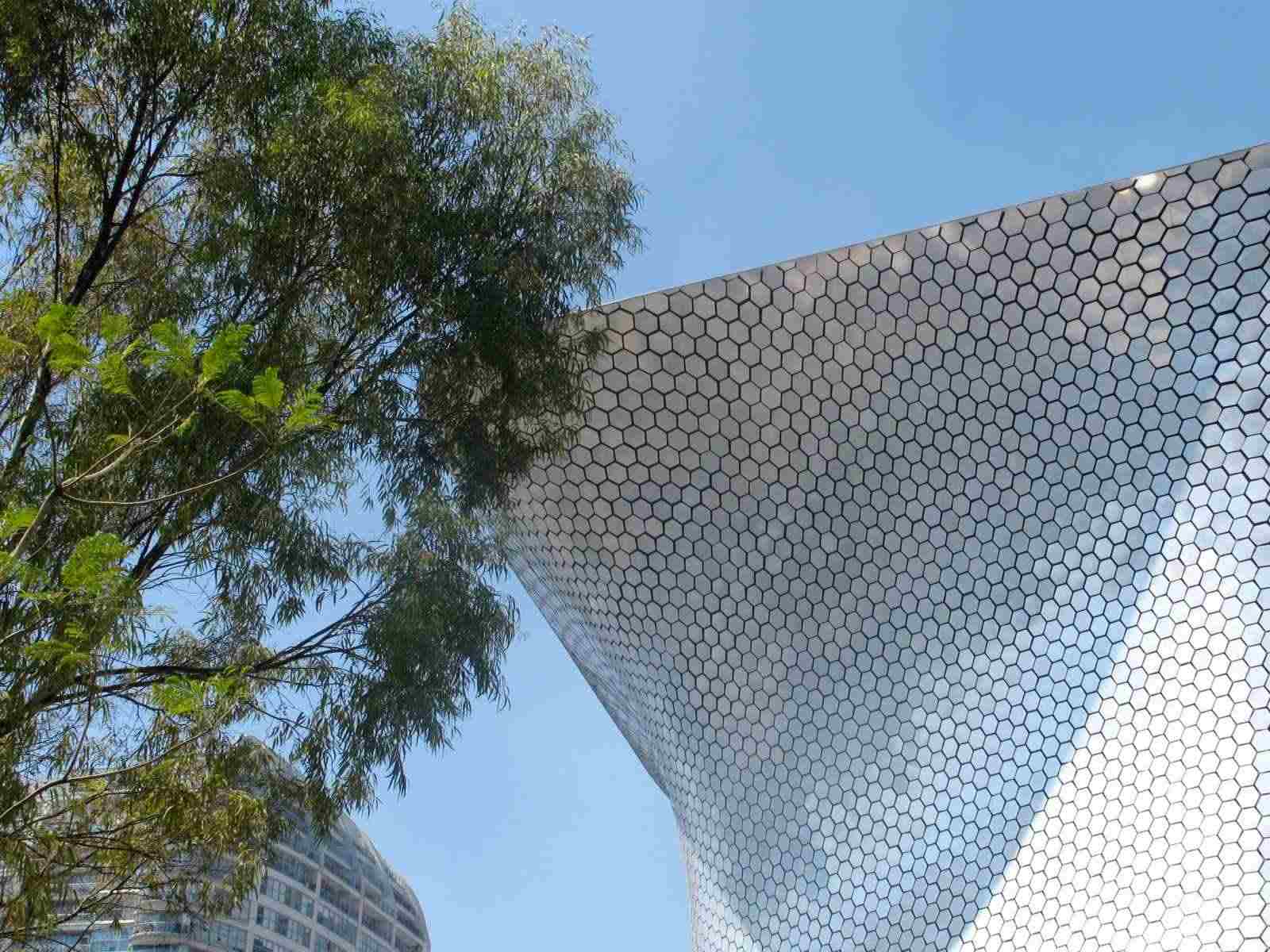 One of the noticeably wealthier neighborhoods of Mexico City, and traditionally a Jewish area, Polanco has wide streets, a lot of modern, large family houses, and a few skyscrapers. Situated to the north and west of Chapultepec Forest, it’s not especially convenient to the rest of the city, though metro line 7 does pass through there.

In terms of reasons to visit, Polanco doesn’t have many, but one that stands out is the architecturally impressive Soumaya Museum, one of the most visited museums in all of Mexico. This free museum has some Pre-Hispanic Mesoamerican sculptures but mostly focuses on works by the old European masters. Many high-end restaurants including some fancy options for vegan food in Mexico City can be found in Polanco, too.

Visit for: the Soumaya Museum, to browse the books at El Péndulo

Where to stay: Suites Aristóteles 140 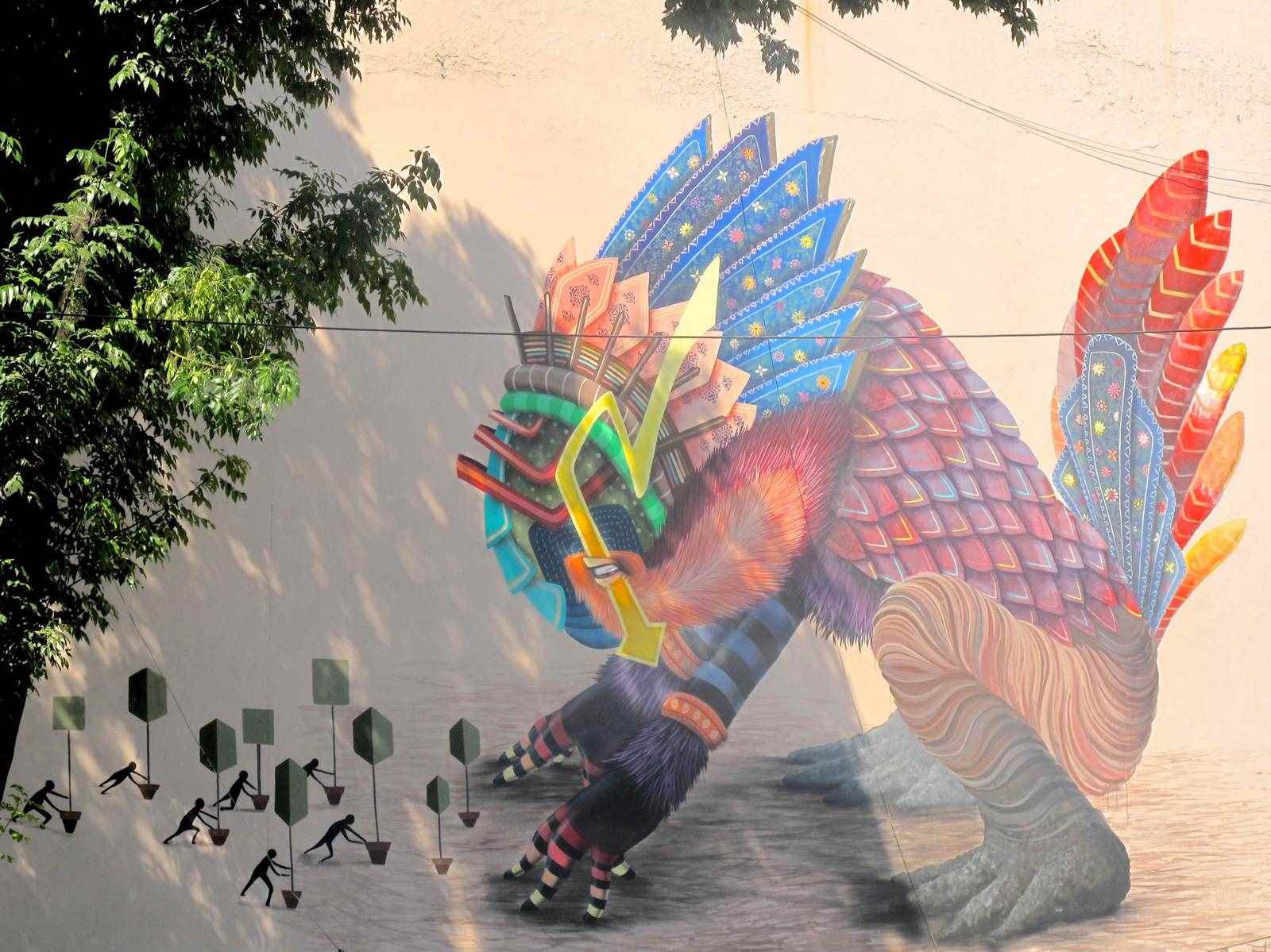 Probably the coolest and most hipster neighborhood of the whole city, Roma Norte is full of cute coffee shops, creative art spaces, and loads of street art. It’s also full of young people and has a vibrant atmosphere and pockets of activity and hubbub while still having quieter areas.

Many of the streets are tree-lined, offering shade from the midday sun and the architecture is colonial and mostly well maintained. Bordering Condesa to the east, Juárez to the north, and Doctores to the east, it’s well connected to the rest of the city with the metro station Insurgentes (on line 1) acting as the main transport hub for the district.

Visit for: the chance to randomly stumble across cool street art; some of the best cafés in the city 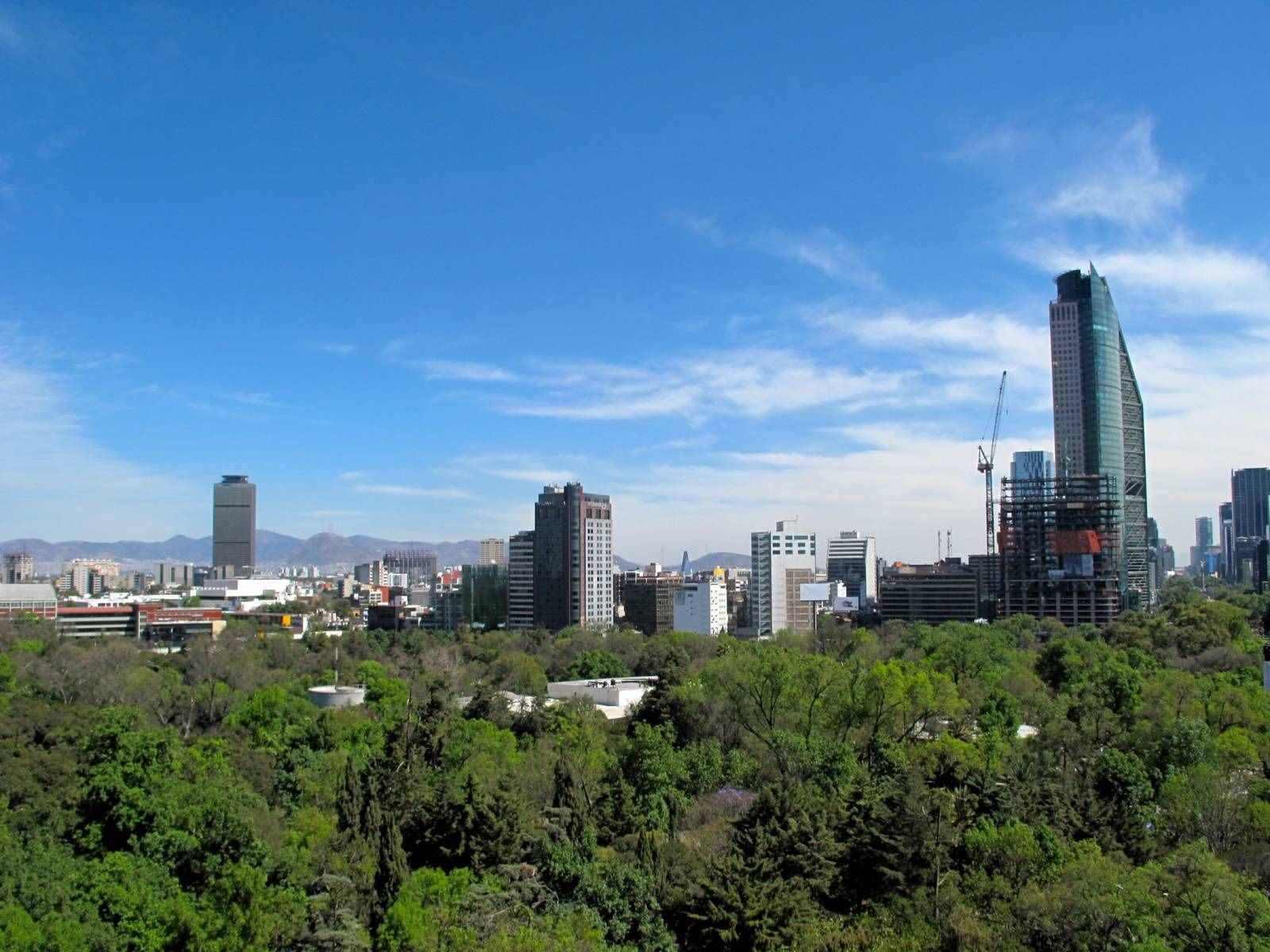 This small, pleasant and mostly residential area right next to the Chapultepec Forest has almost no tourist attractions except for two huge ones: the forest itself, and the eponymous castle. The forest is open every day except Mondays when it is closed for cleaning. 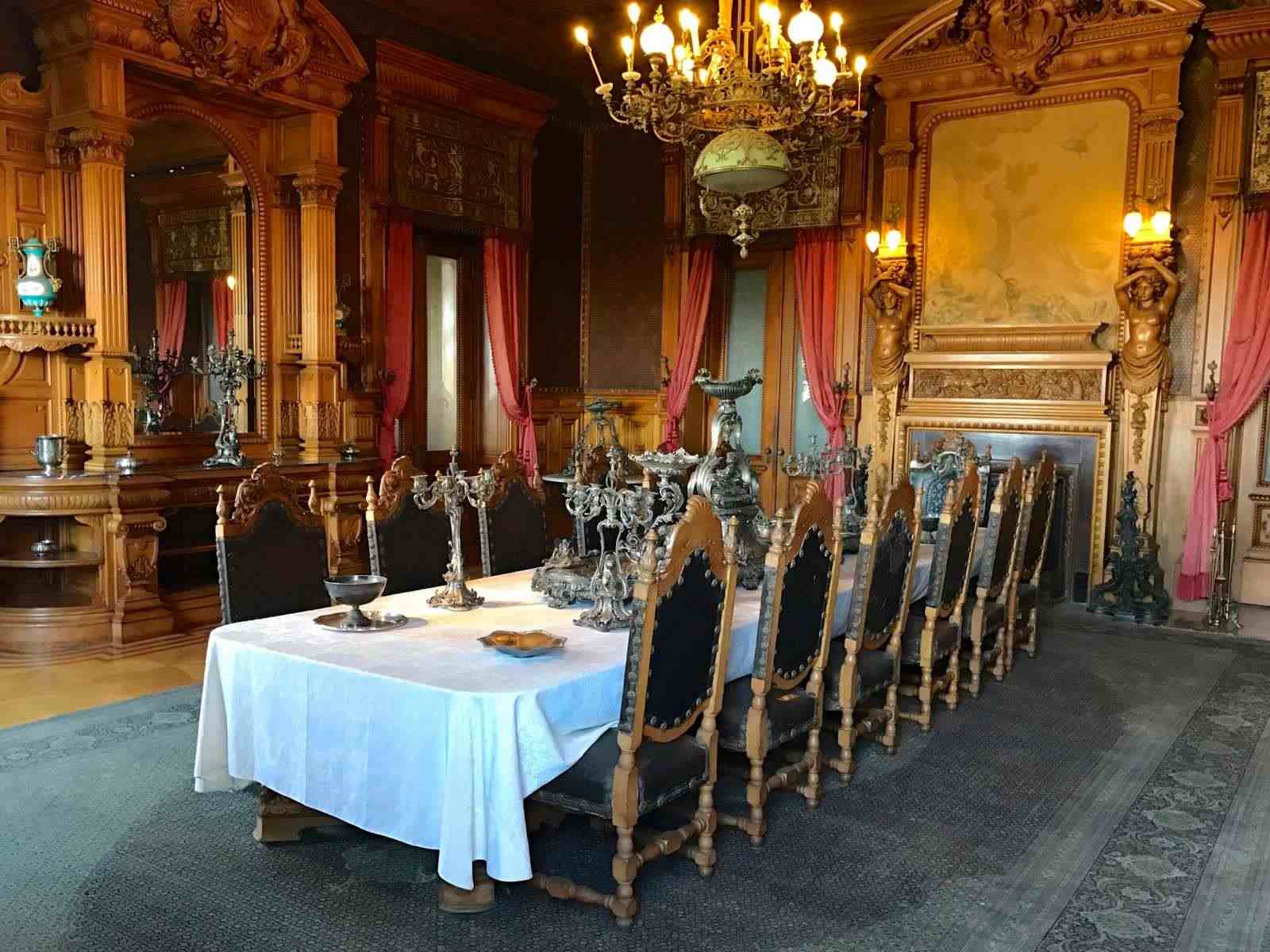 The castle and grounds atop the hill at the east end of the forest costs M$70 to enter and includes entry to the National History Museum. The views you get from the castle over the city are quite spectacular, and together with the fact that this is the only castle in North America where a sovereign ever lived make this quite a remarkable place to visit.

Some other less-known neighborhoods of Mexico City include Roma Sur, San Antonio de Los Pinos, Anzures, Doctores, and Del Valle, but they offer little interest to visitors compared to those listed in this article. 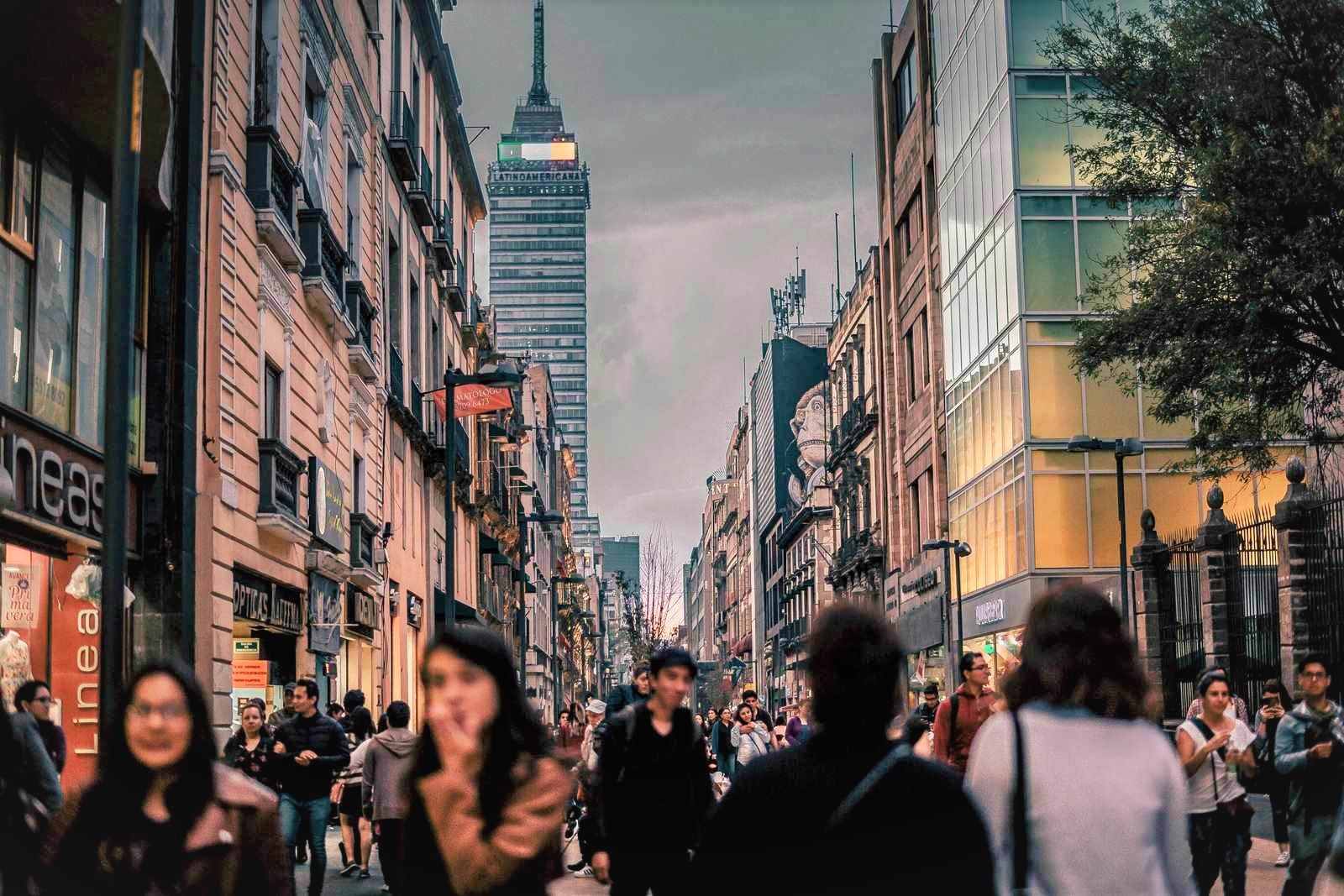 Auston runs the blog Best Vegan Tours and is also a freelance writer. His work has been featured in many publications including Attitude Magazine, Edge Media Network, The Houston Chronicle, and ManAboutWorld Magazine. 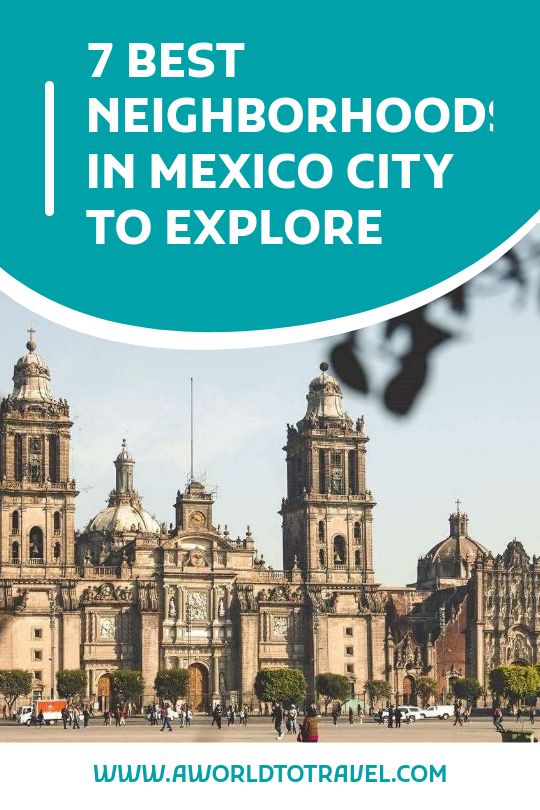