The 15 Best Electronic Music Festivals In 2020

A way of life, an escape from reality, a way to de-stress from a long day at work. Whatever be the reason, the significance of music cannot be ignored. And for many music lovers, attending a music festival is a must. Generally not a single day affair, they can last for a week or longer, with many artists coming together and performing for a crowd of fans. Whether EDM, trance, progressive, house, techno or something else, the number of people attending them is so whoppingly high that it is sometimes hard to believe. One of the best bits about them is the fact that they are held in different countries all across the world. If you are a music enthusiast, the following are the best electronic music festivals in 2020 you should include in your list.

Some people might tell you that traveling to Costa Rica is a cumbersome affair, but if you are doing it for the Envision festival, it is going to be completely worth it. Everything about it is breathtaking, and it is a fact that whoever has attended it once does come back for multiple rounds later. It is an otherworldly experience of a mixture of art and music and the location, which is right at the Costa Rican tropical jungle where it meets the Pacific Ocean. It all adds to its wondrous nature.

The deejay lineups may not be the most famous in the world, but once you hear them, you are sure to become a fan. While you are attending the festival, don’t forget to hit the beach nearby and watch the sunset with glorious music in your ears.

Caribbean Islands are one of the favorite places for people to visit for amazing beaches and food and a music festival to complement it can only add stars to the trip. The SXM Festival in Saint Martin island is a perfect example of this, and some consider it as the most aesthetically superior techno music festival in the world. Even after Hurricane Irma destroyed the setting, it took them only a year to rebuild the scene, and they welcomed people to party in March itself. If you are in love with the Caribbean islands and electronic tunes, you should definitely not miss this one in 2020.

SXSW started way back in 1987 and has survived a lot of ups and downs throughout to stand at the position where it is today.  Although a film festival and interaction with the media occur simultaneously, the main attraction is always the parallel music festival. 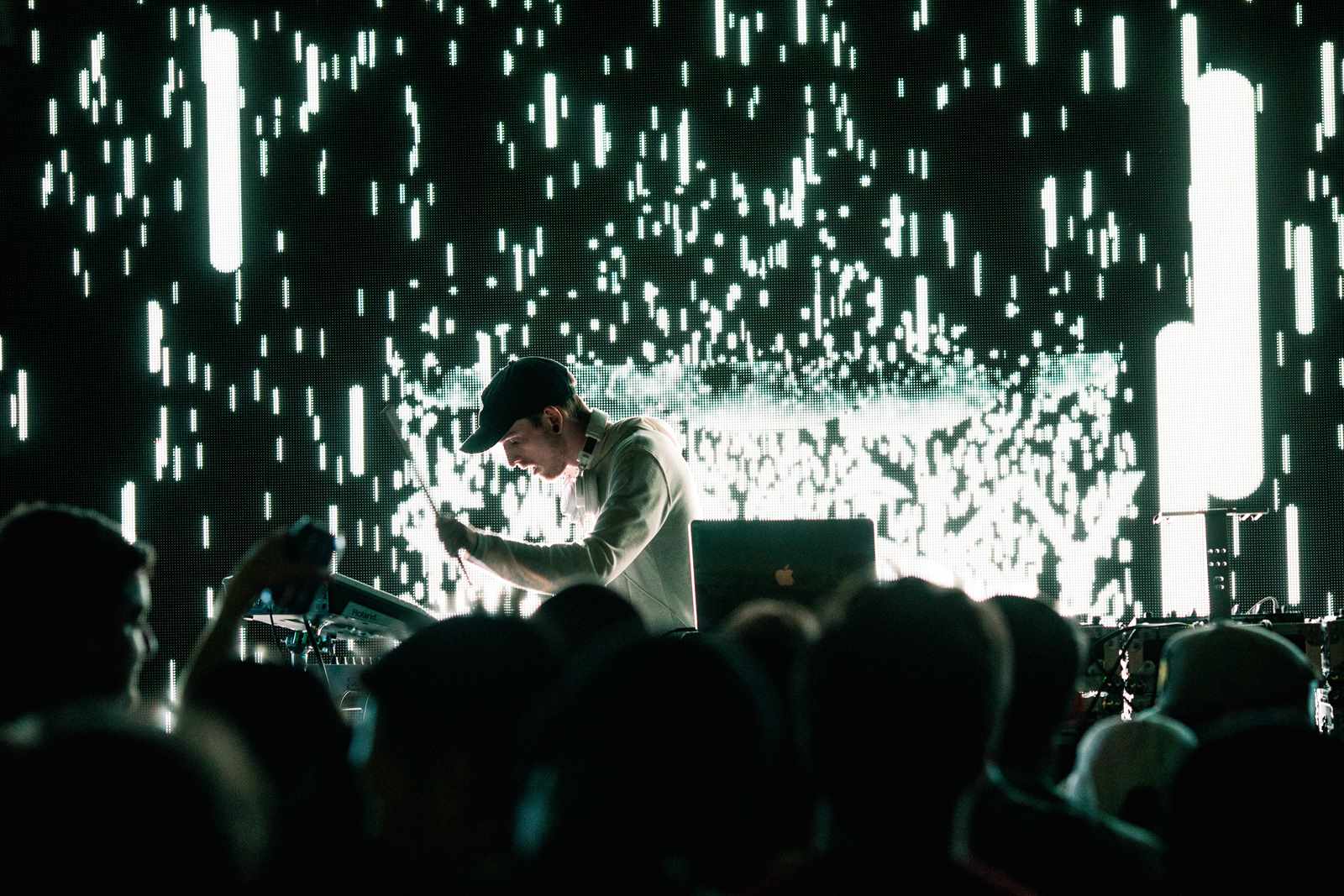 The number of people attending this week-long festival keeps increasing year after year. From the beginning, it has been taking place in March, which corresponds with the spring break in schools and colleges, one of the main niches SXSW is targeting. Electronic music is just a tiny part of it, but we believe it’s quite interesting and worth including in this list!

DGTL Amsterdam has announced the introduction of a new live stage other than the already existing 6 stages at the Amsterdam Dance Event conference, which has been received with a lot of enthusiasm. This one takes place in the industrial NDSM neighborhood, but there are a few other upcoming DGTL events and festivals around the world worth a visit:

If you are a fan of EDM DJs like Armin Van Buren, Calvin Harris, and the like, you should attend this music festival called popularly the EDC. The purpose of Electric Daisy Carnival was to inspire more and more people through music and art, and most of the performances by the artists are along these lines. 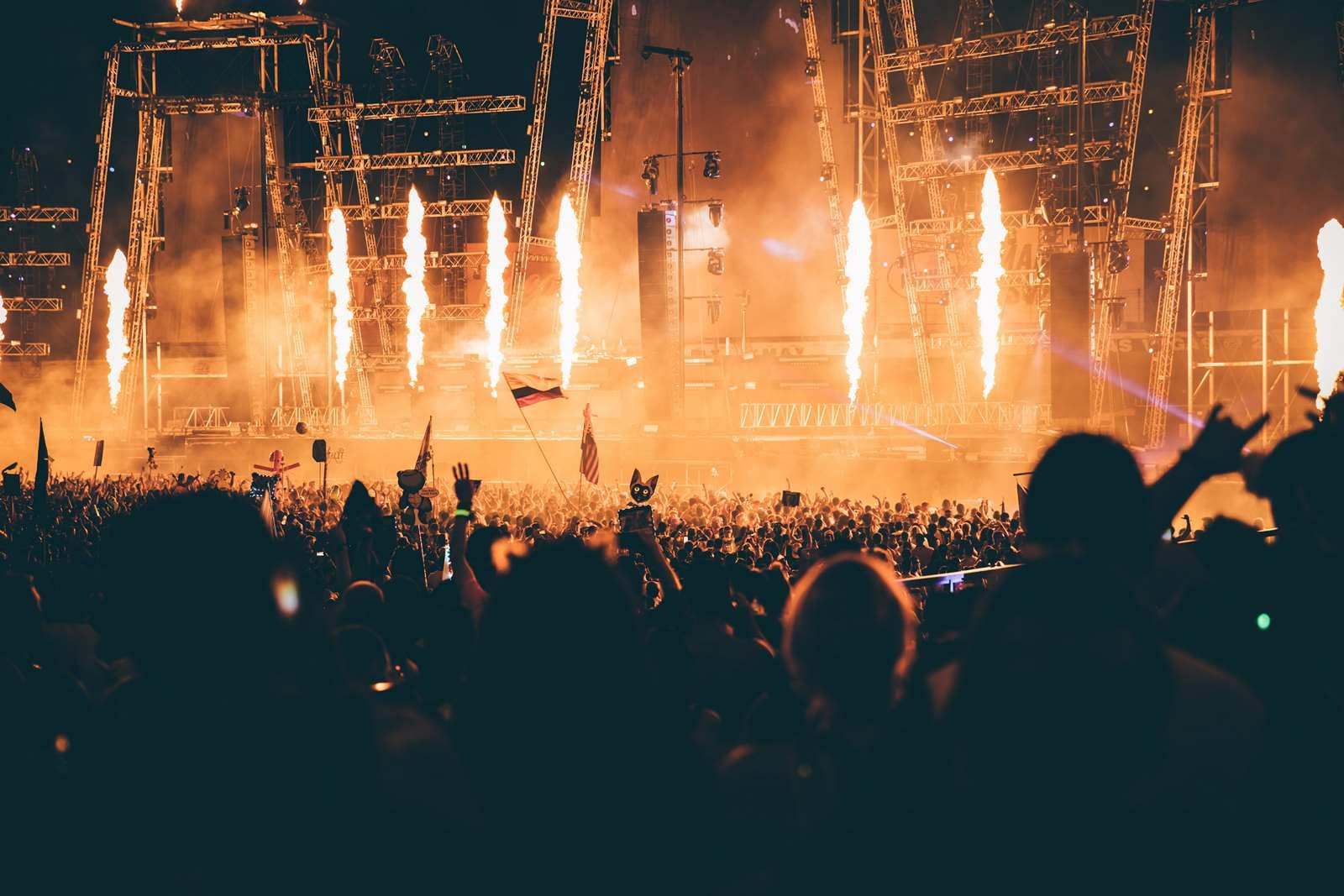 You not only get a superlative dose of music but also a plethora of glow in the dark and artsy environment which makes the whole atmosphere quite unique and worth checking out. Though it started around 1991 in Las Vegas, Nevada, it has undergone massive improvements and nowadays takes place in different locations across America along with the original one.

It seems like Spain and Barcelona are not only famous for their football but their electronic music festivals as well, with one of the main ones being Sonar since 1994. It mainly has two parts, Sonar By Day and Sonar By Night and its line-up is primarily a mixed rooster, consisting of performances of small as well as grand scale.

If you are a fan of everything techno, Awakenings Festivals should be in your bucket list for 2020. It has one of the most amazing lineups of techno artists every year, and the coming event is going to be no different. Add to that the beautiful location of Spaarnwoude, which is located on the periphery of the capital of the Netherlands, Amsterdam. It attracts a diverse crowd from all around the world every year.

Looking at some of the most famous deejays in the world, the ones with Dutch origins have made it to the top, so this might be your chance to experience the start of something new and amazing in the upcoming years.

The success of it can be judged by the fact that many spin-off festivals are resembling O.Z.O.R.A. in countries such as Brazil and France. Some have even compared it to Tomorrowland with a more aesthetic appeal. It should definitely be on your list of electronic music festivals that you should attend in 2020.

Portugal is not only a picturesque tourist location but also the host of one of the biggest psychedelic trance music festivals in the world. It has been around for over two decades and is the perfect amalgamation of electronic music of different kinds, providing scope to accommodate almost everything. One of the biggest attractions of this biannual fest is its five stages. The main one is called Dance Temple, and it has a psytrance ambiance while the Alchemy Circle is mainly for experiments like Psy-techno and house.

Then there is Sacred Fire where the conventional live music takes place. It is complemented by Ambient Source, which is to experience the music of the highest chill level. Lastly, there is Funky Beach, which is a more commercial approach to electronic music and hosts deejays and producers of that genre.

The purpose of the Boom festival is to promote togetherness and love among different people while promoting the sharing of knowledge of alternative cultures. The next edition will revolve around the ‘Anthropocene’.

Lollapalooza is one of the most popular music festivals across the globe. It encompasses a wide variety of genres like alternative rock, hip hop, heavy metal, and electronic music. The United States one occurs right at the heart of Chicago, at Grant Park, and is a four-day event with almost 400,000 people attending it annually and making it a massive success.

It started in 1991, and though the festival was not very consistent initially, it has caught up since 2005 and has become one of the longest-running music festivals in the United States recently. Lollapalooza was started by Perry Farell as a farewell for the band by the same name but has scaled unprecedented heights recently. It also provides a platform for organizations and political outfits and new musicians to make themselves heard here. There are a few other Lollapaloozas around the world:

The last one on the list takes place in a place that has already been mentioned before, the beautiful country of Portugal. Viana do Castelo hosts Neopop festival every August, one of the favorites for people who live and breathe techno music. The industrial open-air venue is just meters away from the mighty Atlantic, which indeed adds to the vibe. It lasts for four days, and you should not miss it if quality music is your main agenda.

This is definitely one of the biggest dance music festivals in the United Kingdom, and it is hosted and organized by a famous British band called Cream. The main event generally occurs in August, though newer editions now take place in many new places. It started in 1998 and took place many years at Liverpool’s old airport, shifting its location to Daresbury, Cheshire, recently.

Initially, the event was a single-day affair and attracted a crowd of 25000, but lately, there has been a massive surge, with the event becoming a four-day festival.

You don’t need to learn music or take music lessons to groove to the trippy music and vibe at Creamfields.

Getting voted as the Best Major Festival in Europe is a testimony that Untold is one of the most significant events in the world.

Mostly electronic, it takes place at Cluj-Napoca’s Arena and though it was started only in 2015, over 350K people attend it annually, which speaks volumes about its popularity in a short period. World-famous artists like Martin Garrix and Tiësto populate the lineup. We also love the Electric Castle festival in Romania.

2020 Dates to be announced – November

Iceland is considered as one of the most beautiful tourist locations in the world, and a music festival of such huge proportion adds to its attractions. It takes place in November every year in the capital city of Reykjavik and was initially sponsored by Icelandair when it was started as a single show in Reykjavik Airport. In 2018, all the rights were bought by Sena Live and is being handled by them since then. A must with a side chance of Northern Lights.

2020 Dates to be announced – December

Whenever one talks of the EDM music festival scene in Asia, the first one that comes to mind is the Sunburn festival in India. It was initially started in Goa and after being shifted to Pune, the festival returns to its homeland – Goa – for three sprawling days of house, EDM and pop on Vagator Beach. Sunburn is said to be the largest electronic dance music festival in Asia, and even business-wise it comes only after Tomorrowland and Ultra, making it one of the most routinely attended music festivals in the world.

It started in 2007 and is relatively new to the scene but it has already carved out a place for itself in this particular niche with top performers from all around the world showcasing their talent on one of the world’s largest stages.

Now that you have the list, it is time to start making plans. Surely you cannot cover all of them in 2020 itself, but if you schedule correctly, you are bound to have the best year of your life, music-wise. Enjoy! 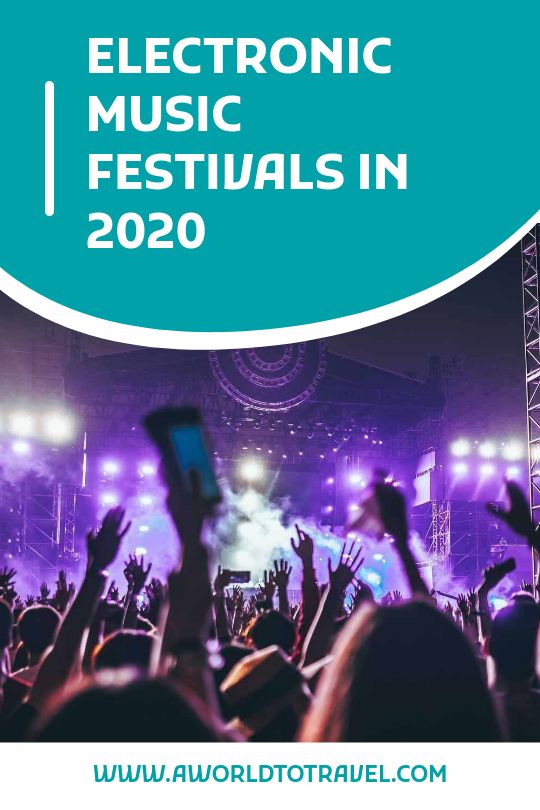 Curtis Dean writes on behalf of Sage Music School where they base lessons on the science and research of the psychology of learning. Their effective teaching methods create confident and capable students who enjoy the happiness of making music.