9 Best Cities for Chocolate Lovers Around the World

Chocolate inspires smiles and wistful sighs, happy memories and – travel? Having dedicated my life to the pursuit of the world’s best chocolate, I’ve unquestionably uncovered some absolute treasures over the years. From exploring hidden cacao plantations in the jungles of Asia to learning to make my chocolates in South America, the world is full of amazing cities with chocolate-filled centers. But before we explore them, let’s address a couple of common chocolate questions.

One, cocoa and cacao are the same word in two different languages and can be used interchangeably. The difference between the use of cocoa and cacao, however, is that one sounds fancier than the other. 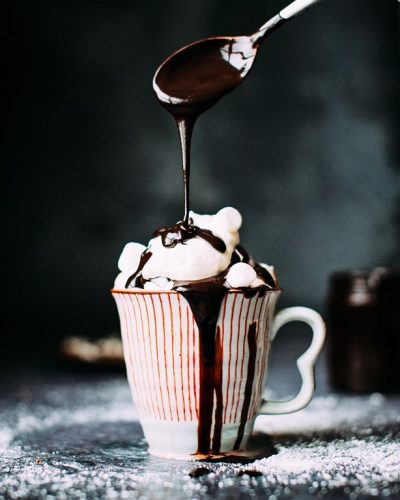 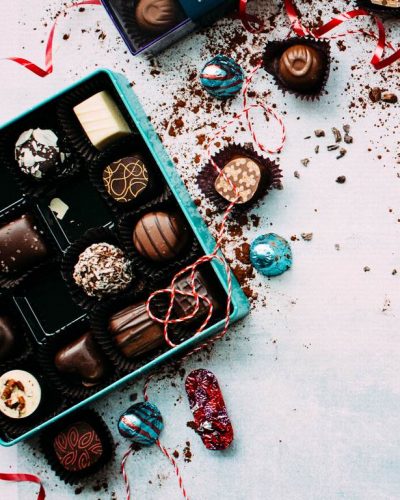 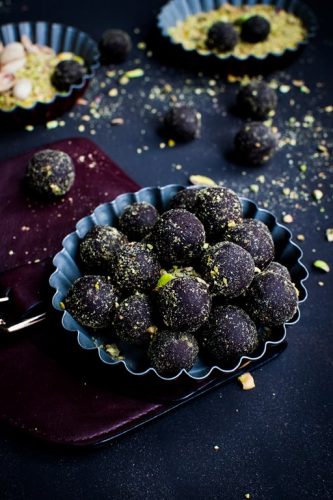 Making chocolate is easy, but making good chocolate is a never-ending quest for perfection. Lucky for us, there’s no need to make the chocolate when there’s so much of it all around us. So without further ado, allow me to inspire your next chocolate-fueled trip. These are the best cities of chocolate lovers all around the world, and a few of them will surprise you. 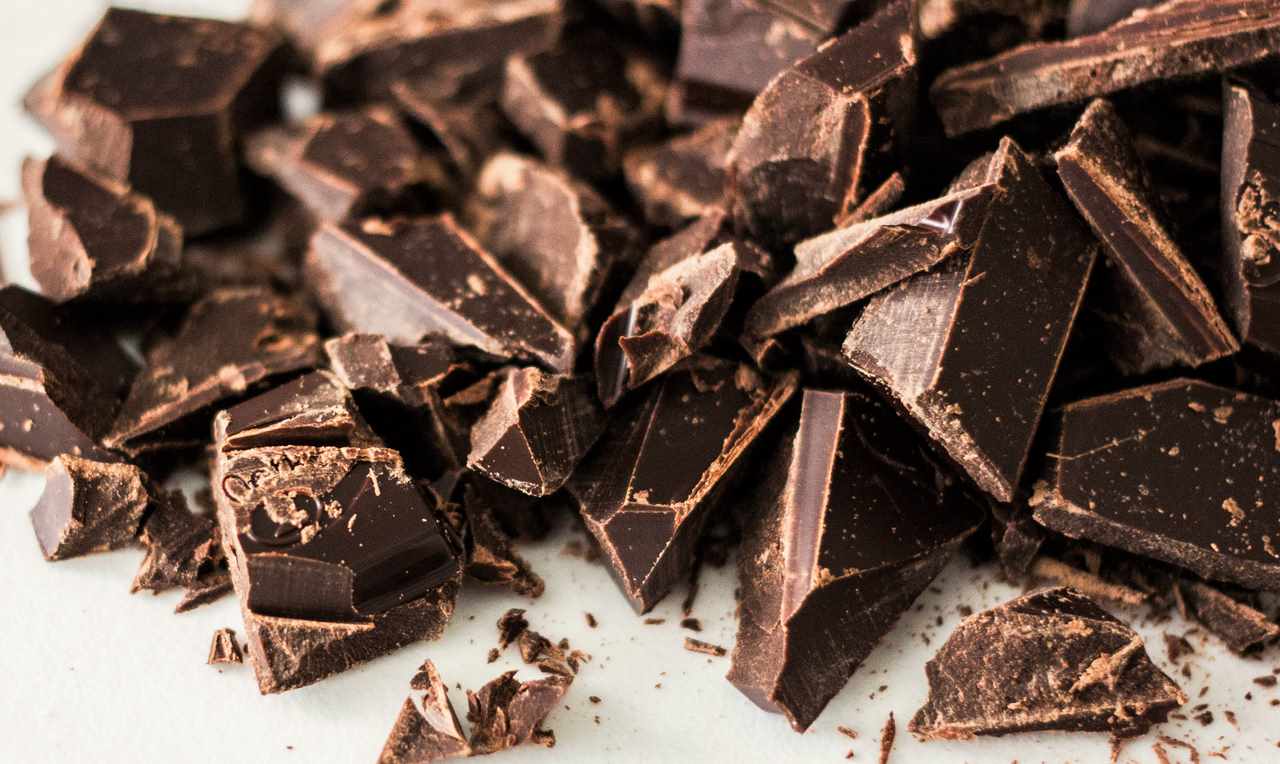 Long since known as an innovation hub, Japan’s cultural obsession with the future also extends to chocolate. Much like the highly-developed coffee culture in Japan, the bean-to-bar chocolate culture is alive and very well across the country.

Tokyo, in particular, is home to several chocolate makers and a couple dozen very prominent chocolatiers, as well as a major annual chocolate festival. From Sapporo to Okinawa, it’s very possible to find quality chocolates and even other cacao-based products, such as cocoa liquor.

Tokyo is known in particular for being the home of the Craft Chocolate Market and Tokyo Salon du Chocolat, held concurrently each January. Chocolate makers from around the world flock to the city to show off their wares and introduce their brand to a market that just seems to get it.

The hub of Tokyo’s chocolate scene is around Ginza and Tokyo’s main station, but just wandering around the city will undoubtedly lead you to at least a few different chocolate shops. Japan is such a well-known hub in the craft chocolate world that Dandelion Chocolate, the famous San Francisco-based chocolate maker, chose it as the location for their first international chocolate cafe just two years ago. They now have 4 locations in Japan.

Australia comes out smelling surprisingly sweet in the chocolate world, despite not having any big world-famous chocolate makers, like there are in Europe and North America. In fact, at the very northern tip of Australia, they’ve managed to cultivate cacao year-round and are making some yummy chocolate out of it.

Yet chocolate lovers with limited time should visit the southeastern city of Sydney, home to both the annual Smooth Festival of Chocolate and The Sydney Chocolate School. Not only is the city making the chocolate and the chocolatiers, but they’ve established places where all of them can meet.

Unlike in more traditional chocolate strongholds, since Oz is so new to the chocolate scene, chocolatiers and chocolate makers aren’t afraid to experiment with unique flavors. One of the most well-known chocolatiers in Sydney sells bonbons with flavors like Wattleseed, Papua New Guinea Cocoa Bean, and just plain old Beer.

To top it all off, Zococo and Haigh’s are two Australian chocolate makers who’ve earned worldwide recognition for their sweets, and both find their home in Sydney. If you visit Australia’s chocolate capital without me, be sure to grab a Pinot Noir truffle on my behalf. 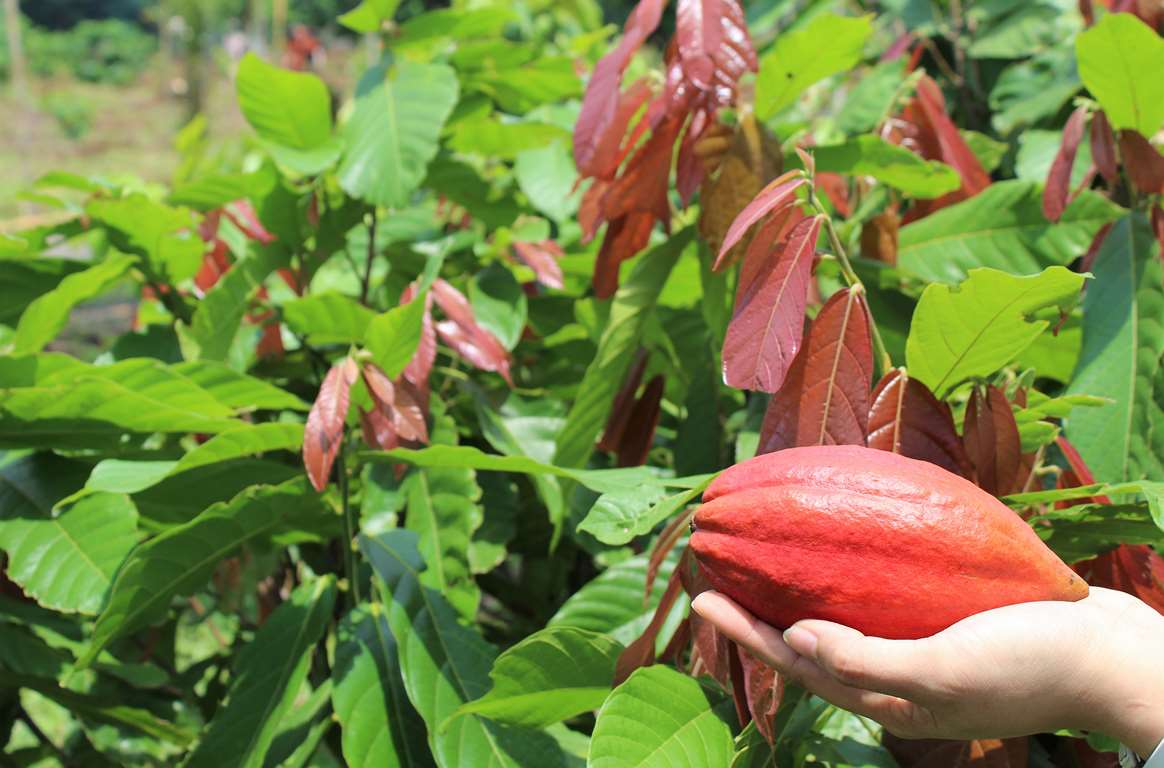 An amazingly dynamic and loud but humble country, Vietnam is undoubtedly one of the best countries to visit if you’re a chocolate lover. Not only are the flights accessible from anywhere in the world, but the chocolate culture is homemade and growing. Vietnam cultivates cacao, as it has for centuries, but in the last twenty years, there have been thousands of more hectares of cacao planted and harvested. You can even visit a few of the cacao farms in Vietnam.

So alongside the small-batch chocolate revolution, the world has seen in the last ten years, all this Vietnamese cacao has been utilized and properly cared for, culminating in several chocolate companies and several more chocolatiers throughout Vietnam.

Nine of them call Ho Chi Minh City home and have found a way to not only share their delicious chocolate with citizens and visitors but to empower them with the knowledge of how chocolate is made and why it’s important to buy local when you visit. Check out this guide to chocolate in Saigon to learn where to eat chocolate in Vietnam’s biggest city. 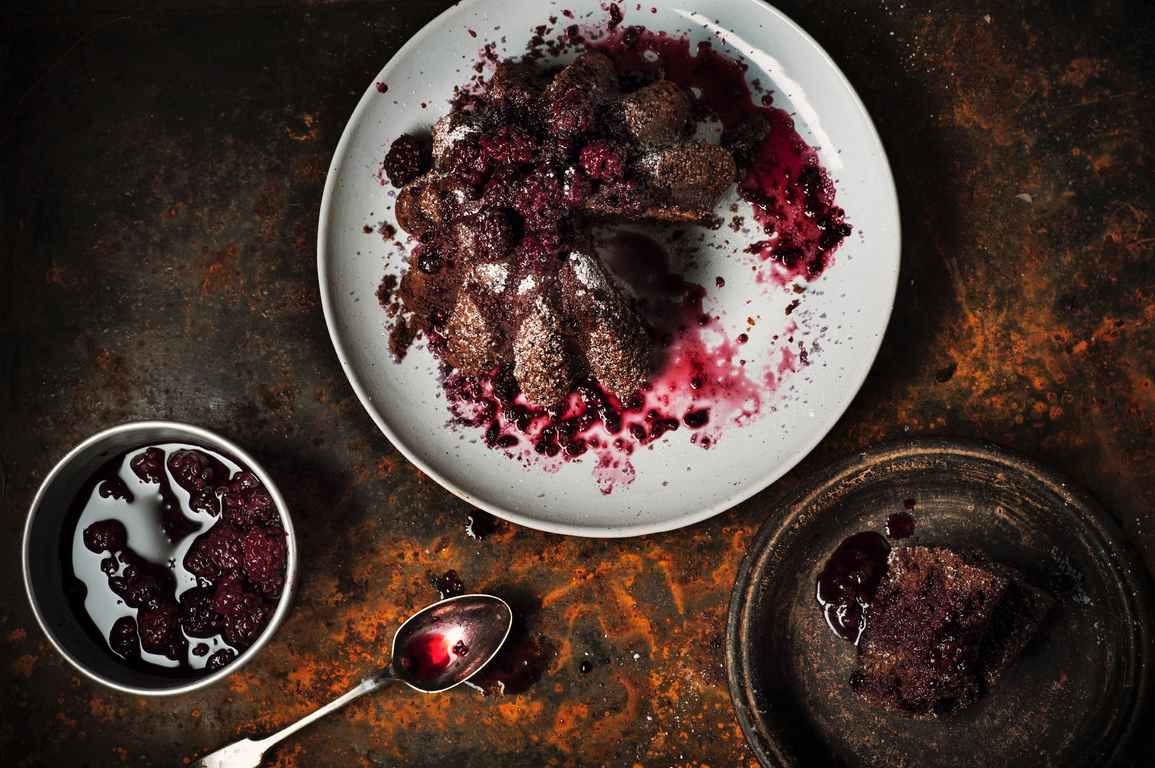 This Spanish capital is not only good for tapas but for chocolate, as well. As the country that originally brought cacao from the Americas to Europe, it’s no wonder that the food plays such a large part in the dessert culture of the country. There are chocolate shops and even a few chocolate makers in the city, but what makes Madrid special is how they take their chocolate. They eat it, sure, but many people still prefer to drink it.

You see, when chocolate was first brought to the “New World,” it was as a bitter beverage, sweetened only with spices, just as the Aztecs consumed it in present-day Mexico. To drink your chocolate in such a way, simply visit a local chocolatería or chocolate shop.

There you can order a chocolate a la taza in any number of ways, as well as pick up some bonbons and maybe munch on a few churros while you’re at it. If you’d like your hot chocolate with milk, however, you may have to visit our next city: Paris.

By far the most traditional city on this list, it’d be impossible to exclude Paris from a roundup of the world’s best chocolate cities. This city of love and romance has long since gained a reputation for quality chocolate on every street corner, and this is no exaggeration.

At last count, Paris alone has hundreds of chocolate shops, to say nothing of the hundreds of others across France. Yet some chocolate makers and chocolatiers have still managed to make names for themselves.

But before you go shopping for everyone’s favorite food, be sure to keep an eye out for some French specialties. Mendiants are a true Christmastime specialty, while pralinés, palets d’or, orangettes, and the ever-famous French truffles are must-eats. Traditional French bonbons are a square cut piece of ganache (chocolate blended with cream) dipped in chocolate and possibly decorated with a hint of what’s inside.

If you don’t Speak French then just throw out the key and embrace the surprise, because I promise that everything’s good. If you’re lucky enough to visit the city in late October, you can’t miss the annual Salon du Chocolat in its home base of Paris.

What kind of chocolate writer could leave out Belgium? Long-since known for their quality chocolates, Brussels is quite possibly the only city in the world that could compete with Paris for the highest concentration of chocolatiers. With a chocolate shop count in the hundreds, Brussels has become synonymous with high-quality chocolate, though I wouldn’t trust a “Belgian chocolate” bought outside the country as far as I could throw it.

In Brussels, however, all bets— and diets— are off. This doesn’t qualify all Belgian chocolate good, but it does mean that it’s a hundred times easier to find a good chocolate shop here than it would be in almost any other city on Earth.

The first quality to look for in a good Belgian chocolatier, or one of the few chocolate makers in the country, is free samples. With all of the foot traffic and competition, the chocolate shops have, almost all of them will offer samples, and you’ve got to question the ones who don’t.

When you do the sample, be sure to taste the plain dark or milk truffle, as that will give you an indication of the quality of their ingredients and their skill. Try to explore the side streets of Brussels, as well, because sometimes the best shops just so happen to be the neighborhood secret.

If there’s a city out there where you can find anything at all, it’s New York City. Widely seen as the east coast hub of the American craft chocolate movement, New York is also home to a half dozen chocolate makers, a few dozen local chocolatiers, and countless more American outlets for famous chocolatiers from around the world.

As such, it’s the perfect place to tour a chocolate factory and gorge yourself on bonbons. In as diverse a city as New York, not only is there huge variety in the small-batch chocolate makers, but there’s also variety in the imported chocolate bars and the flavored truffles. Imagine a flight of chocolates filled with traditional flavors from 5 different countries.

Beyond just the truffles, though, New York’s chocolate makers have made a name for themselves with “raw” and vegan chocolates, as well as single-origin bars with cacao from countries around the world. Just like you can taste the flavors of a country’s cuisine in a truffle, imagine being able to taste the flavor of the very place the ingredients were grown. 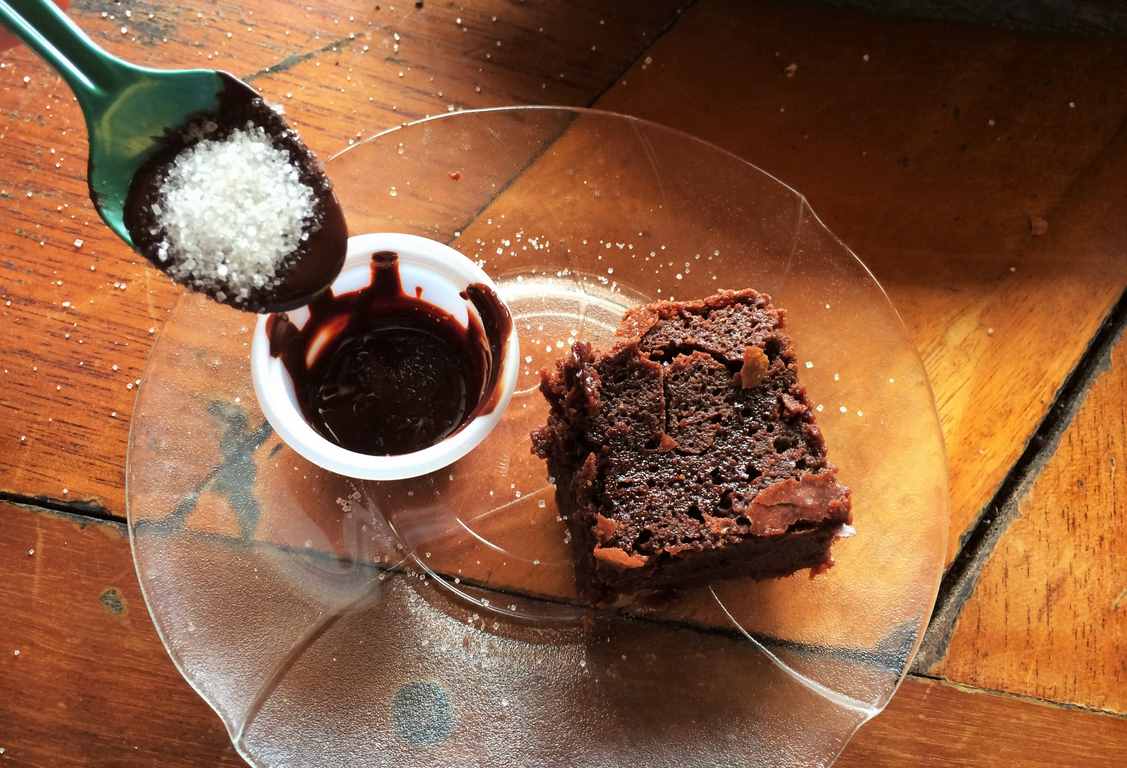 This varietal is native to Ecuador and prized for its mild and aromatic qualities which make even a 100% bar taste sweet. Over the last decade and a half, many farms have been identified and revitalized in connection with this varietal of cacao, and it’s led to farmers earning more for a quality product. It’s even led to several chocolate brands of its own, much of it being made by the farmers and sold in shops in Quito.

In some of these shops, you may even be able to find cacao juice, a sweet and sour pulp whose flavor is unique to the cacao fruit but often compared to lychee. Since most all the chocolate sold in the country is made in the country with local ingredients, chocolate is one of the best gifts you could treat yourself and others to in Ecuador.

The only real competition Quito may have for “most chocolate makers per capita” in Lima. This other chocolate capital of the world also boasts a massive annual chocolate festival, their own Salon du Chocolat held every July. But it doesn’t have to be wintertime south of the equator for you to enjoy Lima’s many chocolate delicacies or its world-renowned cuisine. Much like Ecuador, the entire country prides itself on its quality cacao, and the consumption capital is unabashedly Lima.

With about a dozen chocolate makers and several more chocolatiers and chocolate cafes, the chocolate movement in Peru has exploded in the last five years or so, since the discovery of the marañón cacao varietal and Anthony Bourdain’s famous search for it.

This white bean is often referred to as the Peruvian Nacional, and is just as highly regarded as the Arriba Nacional, and thought to be much rarer. It’s in Lima’s many chocolate shops and on the plantations further inland that I guarantee you’ll find your chocolate bliss.

Do you know any other locations that deserve to be on this list of the best cities for chocolate lovers around the world? Please let us know in the comments below!

Max is a long-time chocolate aficionado who enjoys dancing, wine on the beach, and finding unique uses for cacao, which she vlogs about on Youtube & writes about on her website Dame Cacao. She revels in feeling familiar in the widely unknown.