How To Choose The Best Canary Island To Visit

The Canary Islands are some famously beautiful places to go on holiday to. Island holidays have rocketed in their popularity as holiday destinations, largely due to easier access, improved infrastructure, and all of the other benefits of technology and the internet. But of course, at root, their appeal is their incredible beauty, the weather, and the exotic feel to the entire experience. Now, how to choose the best Canary Island to visit? Let’s dive into it.

The Canary Islands is a Spanish archipelago right off the coast of northwest Africa. They are autonomous in spite of their tiny size and are run by the Canarian Parliament. The primary industry of the Canary Islands is tourism and it is considered a leading attraction within Europe with millions of visitors annually. The cultural and natural intrigue is what brings in most of their guests, as well as the incredible beach experiences. 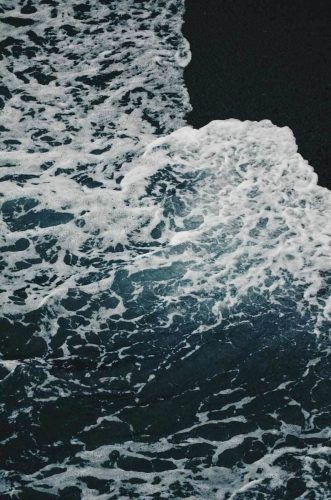 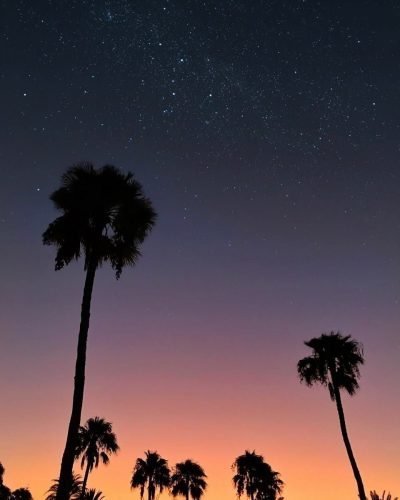 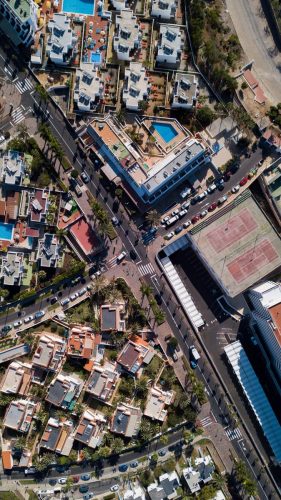 Of course, picking the Canary Islands as your holiday destination is a little more complex than simply making the decision and booking a flight.

The Canary Islands, notice the plural, offer a range of different, more specific destinations, all of which are worth considering. Each of the seven islands which constitute the destination has its incredible beauty to offer and ought to be investigated. Some are classic destinations, with really incredible tourist packages others are more subtle, hidden gems ready to be explored.

Given how confusing making your choice could be, let’s take a look at the best way to choose your specific Canary Islands destination! 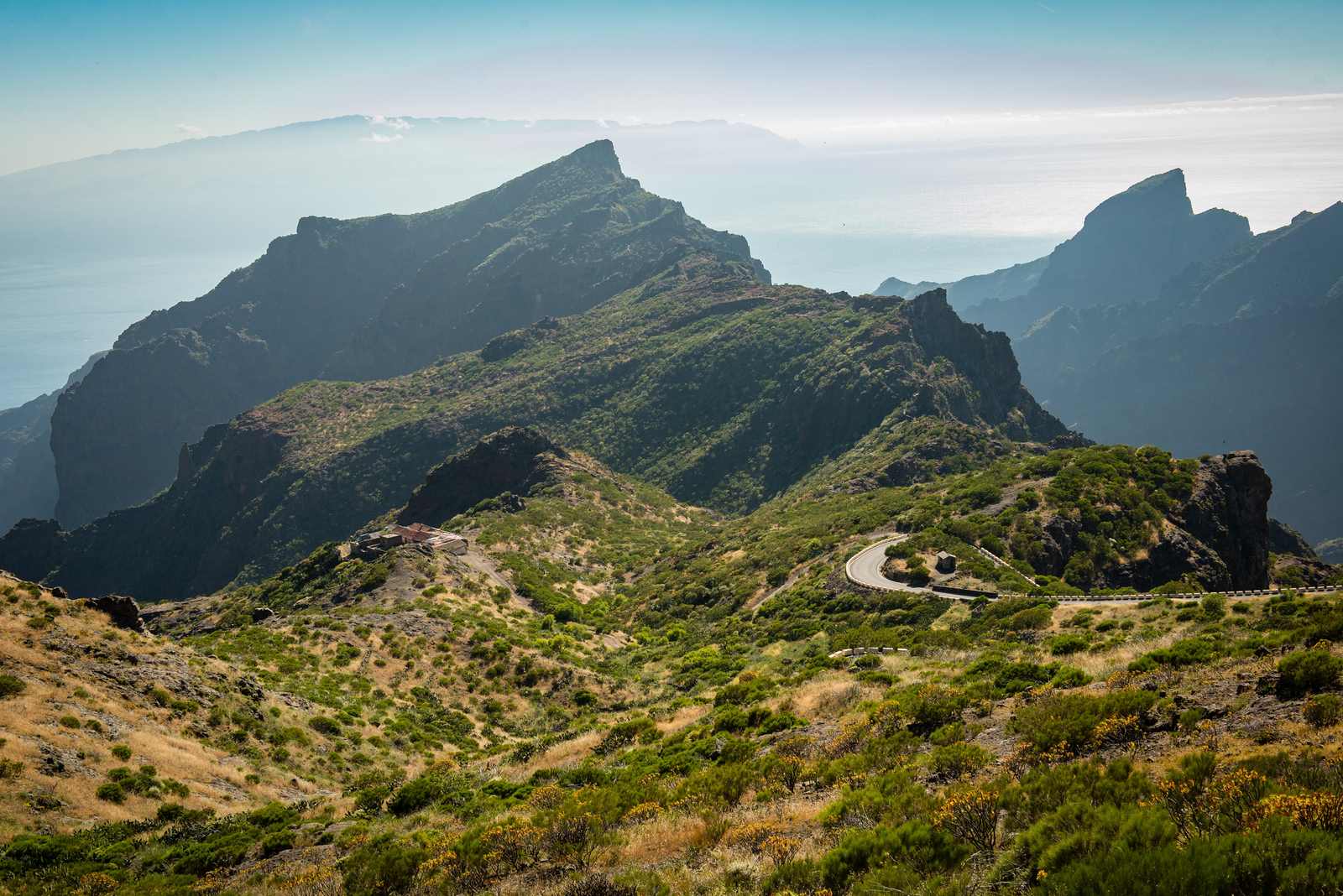 Weighing in for starters is the heavyweight, big-name island of Tenerife. Tenerife is the largest island in just about every regard. It is physically largest, it has the highest population (even out of all the Spanish Islands), it is the most visited of the islands, hosting 5 million tourists annually, who usually stay a week or two in one of the beautiful 4-star hotels in Tenerife, and it holds the biggest reputation out of all of the Islands.

In keeping with its huge reputation, Tenerife is the island that has it all. As far as nature goes, Tenerife is a volcanic island, home to Mount Teide, the third largest volcano in the world, and the crowning jewel of Teide National park. It is visited by millions of tourists yearly. 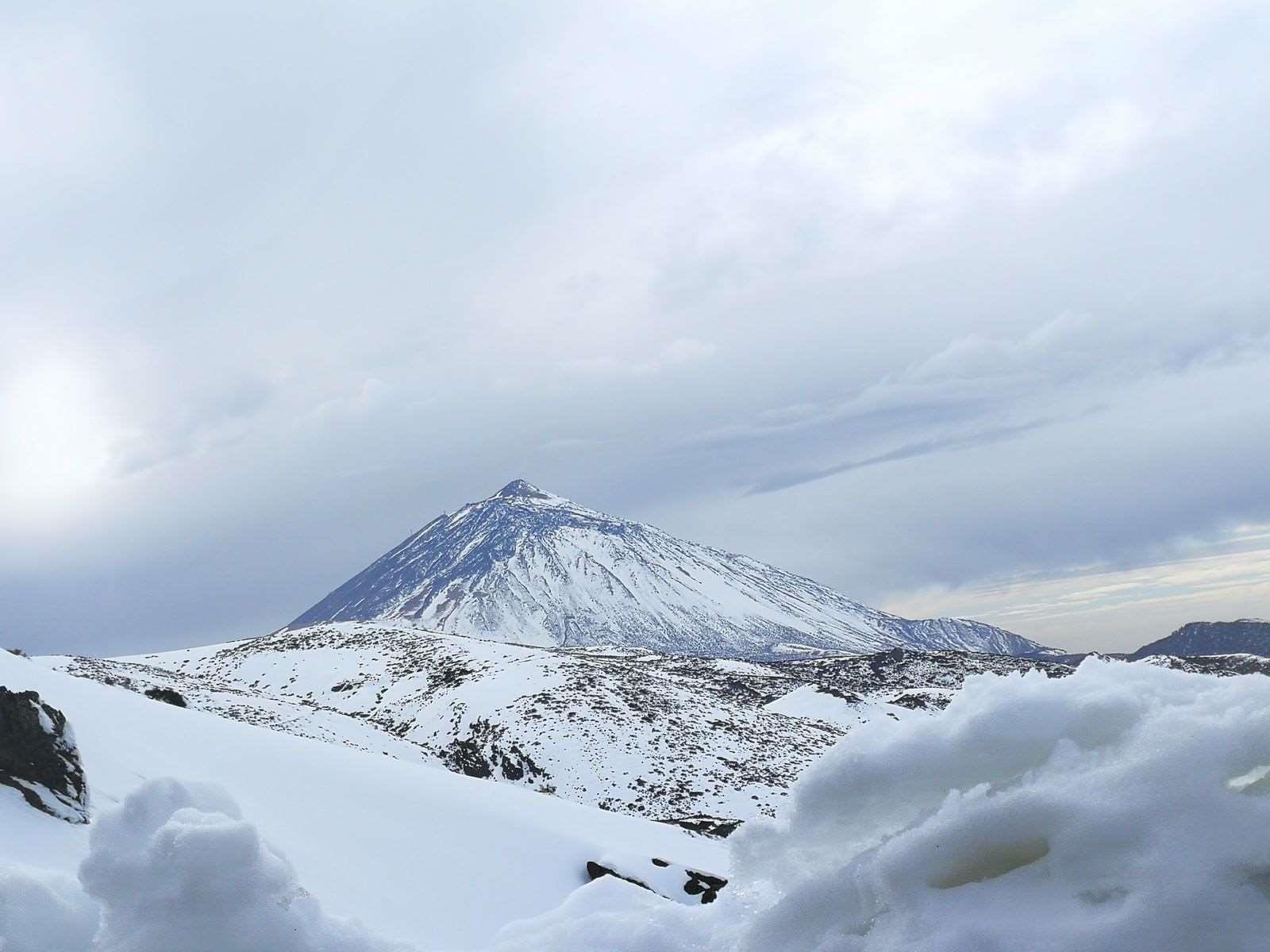 It is an active volcano, with its last eruption in 1909. Tenerife is sunny almost all year round and the pristine weather one of its main appeals in terms of drawing in visitors. It also has incredible beaches, and there are a few animal parks and a marine life center for exploring all of the wildlife that the island has to offer.

With loads of bars and restaurants there’s plenty for adults to do, and a couple of large water parks that kids will love. With the volcano, hiking, the beaches, and all the rest, Tenerife is an amazing island. It is, however, by far the busiest island and is very highly populated.

All in all, Tenerife is a great place for families looking for a fun holiday, packed with activities. It’s perhaps less suitable for couples looking for something quiet and ultra-relaxed. 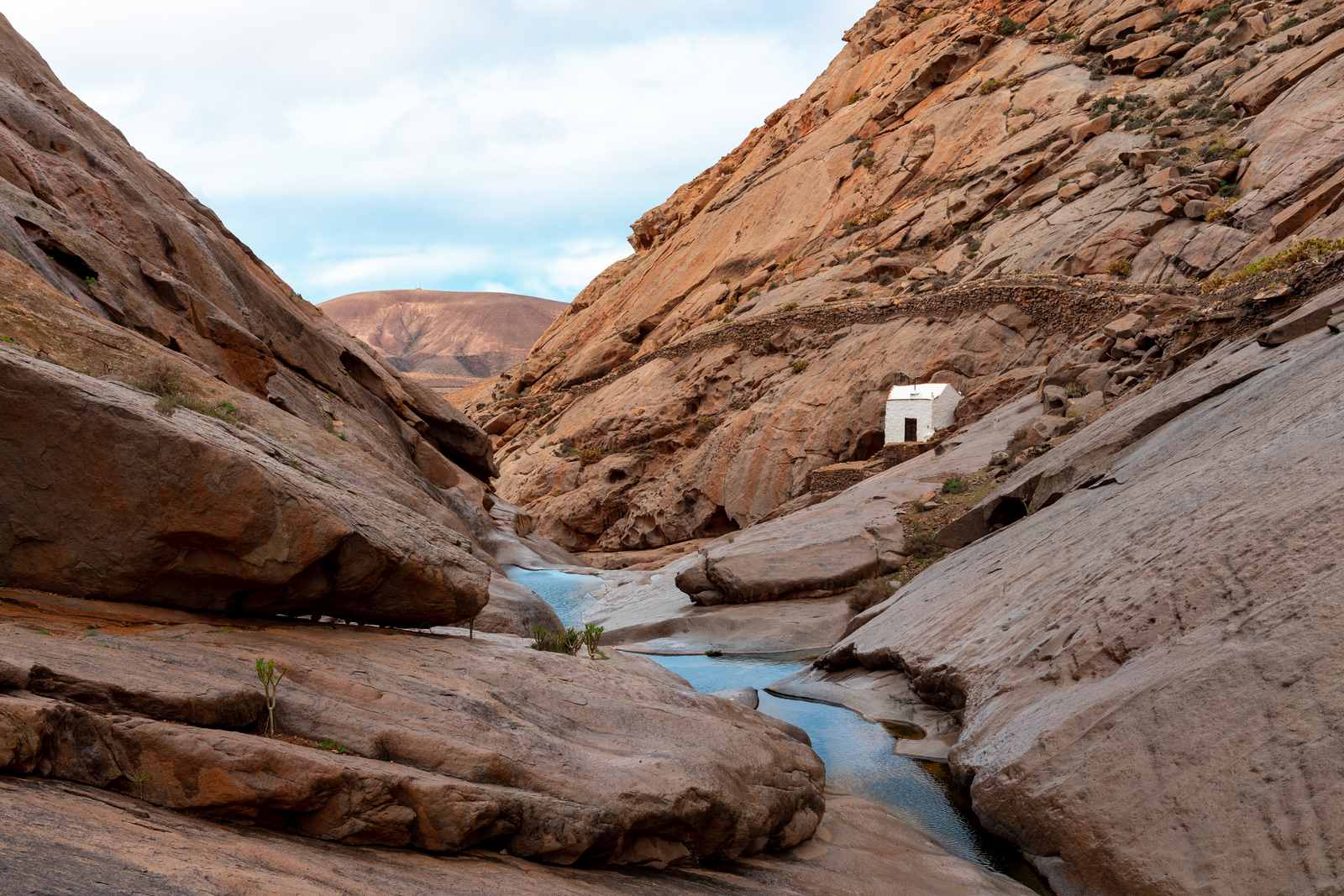 Fuerteventura is a bit of a gear shift from the densely populated excitement of Tenerife. It is the oldest of all of the islands and is geographically quite interesting, with swathes of beaches that reach so deep inland that it almost seems like a desert. In keeping with this, one of the most fun activities to do in Fuerteventura is to take a dune buggy tour along the coastline.

It is the number one destination for beaches out of all the Canary Islands, and even, some say, out of the entire world, to the point where you’d be well advised to get the bus from beach to beach to get an idea of the subtle differences between all of the different options.

Fuerteventura is incredibly relaxed compared to Tenerife, but also to the other islands. Go more inland and you find small, rural villages, dotted amongst the burnt landscape, almost more reminiscent of Africa than of Spain. The final feature worth noting is its wind, which is usually quite strong, making it ideal for water sports such as kitesurfing.

It is a great destination for people in love with beach life and water sports, without the over-excitement of Tenerife. 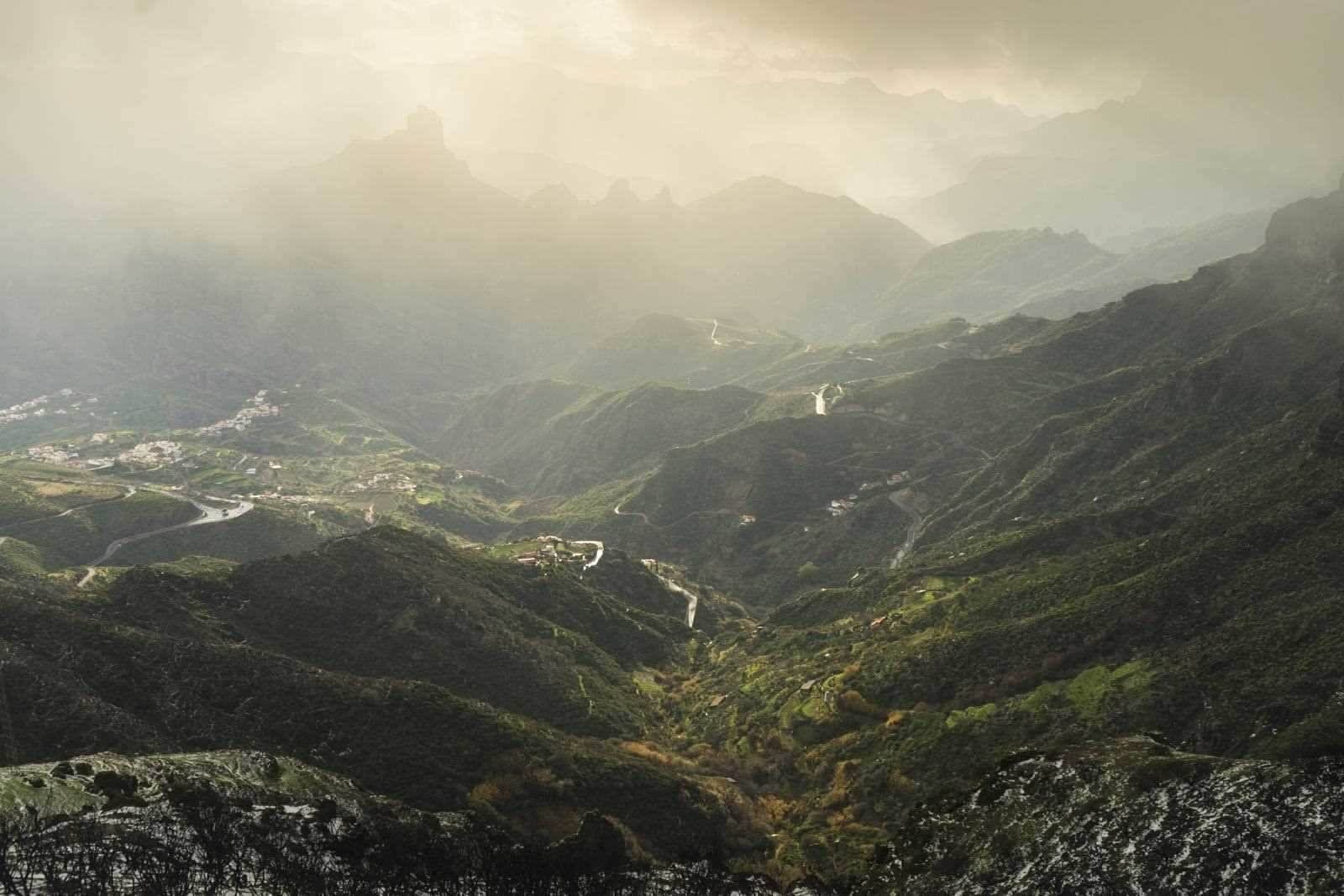 Gran Canaria is a lively and popular destination much more like Tenerife. It has a slightly more adult feeling than Tenerife, with a rich nightlife, full of bars, clubs, and an array of fiestas and festivals, found mostly in the south, near Playa del Ingles. Las Palmas, the capital, is the most urban of all of the places in the Canary Islands. It still has a beach (of course!) but it is more of a business hub, which presents its appeal as well.

The villages in Gran Canaria are many times considered more appealing than those on Tenerife and the whole island has an overall more mature feel to it than most of the other islands. 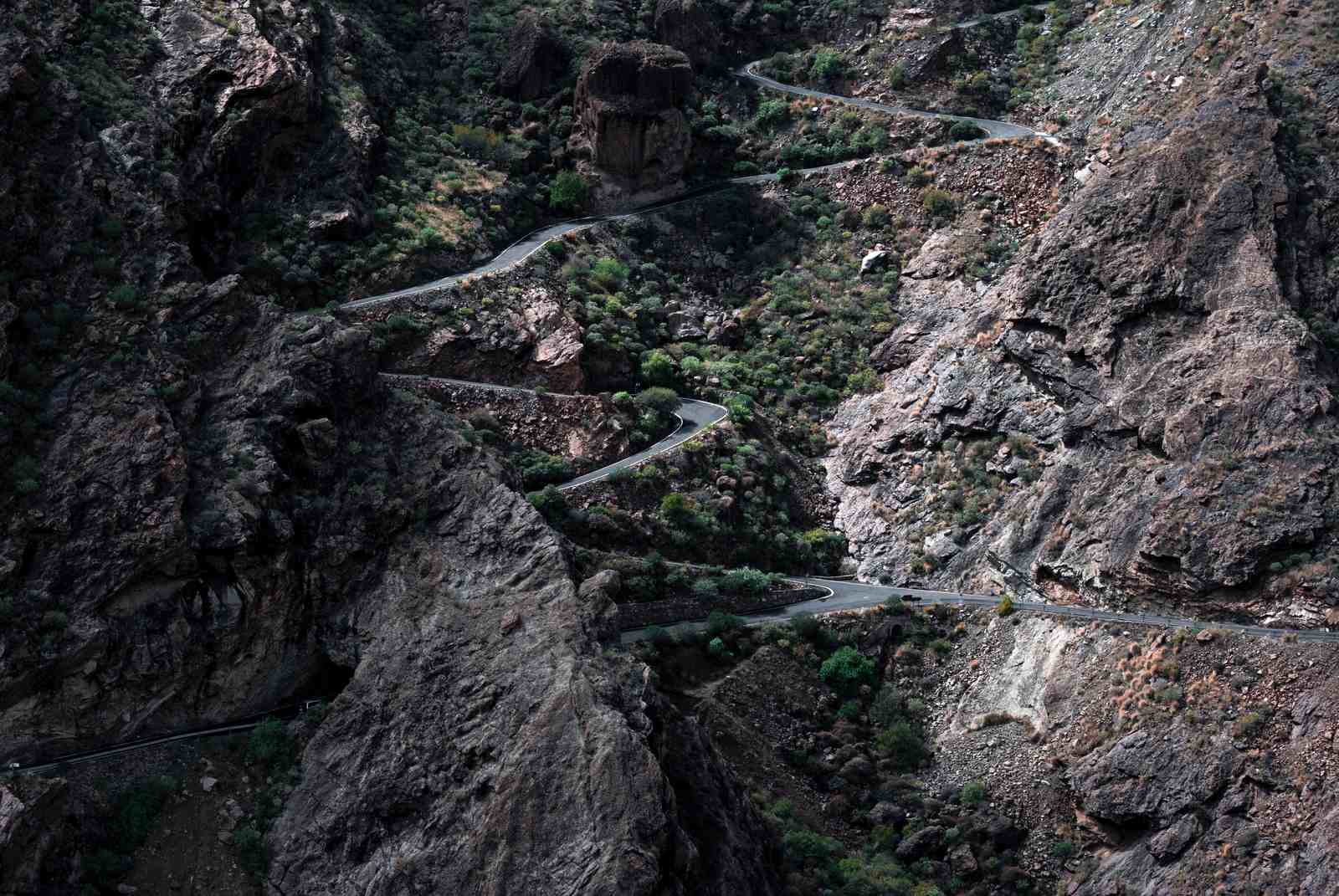 Interestingly, Gran Canaria is a particularly popular gay destination too, with an array of events aimed specifically at LGBTI+ identity, like Gay Pride Maspalomas. 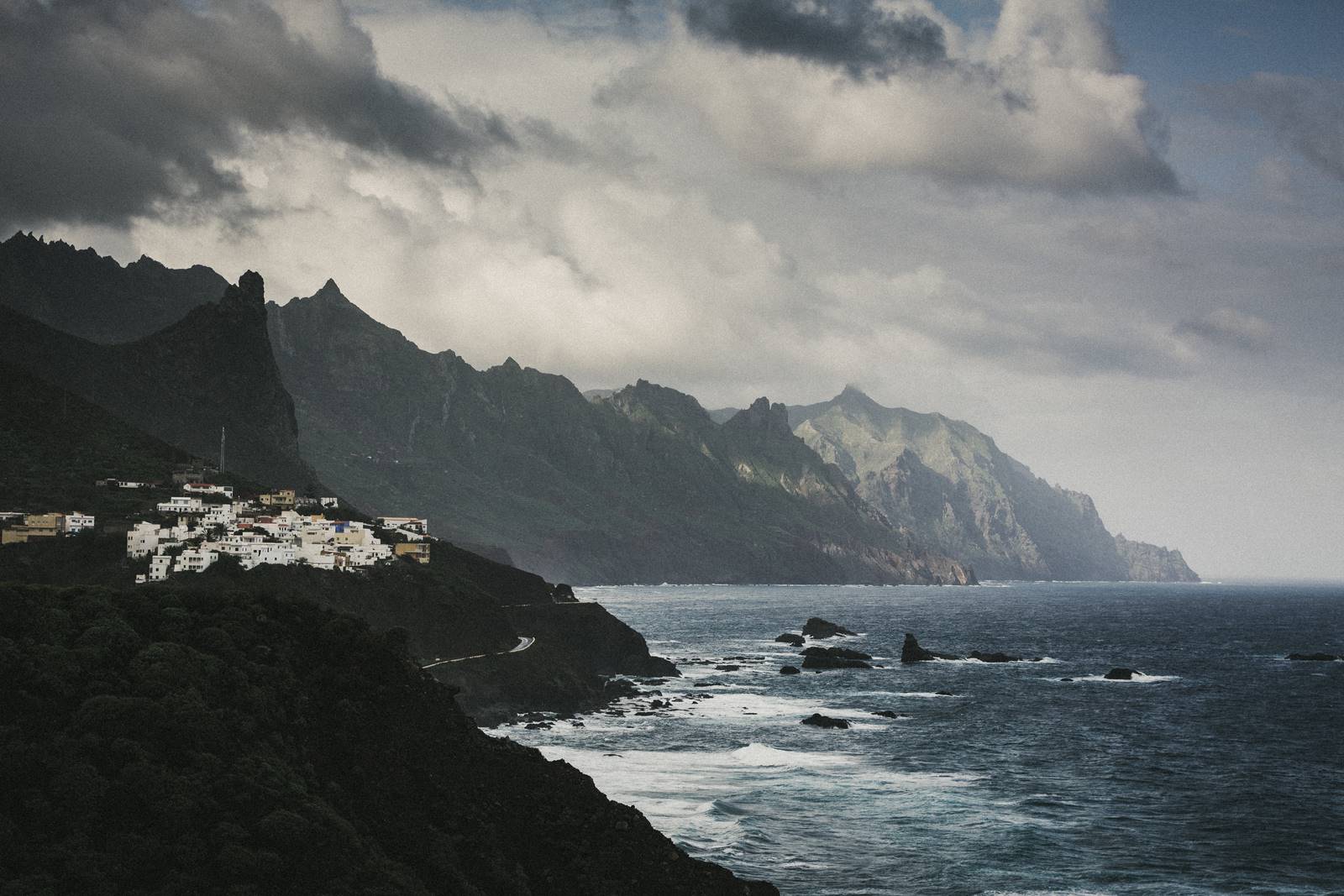 Lanzarote is a small island, which can be traversed quite easily. It’s one of the more untouched islands, that doesn’t have any of those huge resorts dominating the skyline. It does still have a lot of fun activities for kids, with two waterparks and a lot of other sports-oriented activities as well.

Due to an unfriendly farming environment, Lanzarote is one of the least populated islands, but its size means that it doesn’t feel empty. The land across Lanzarote has an interesting natural formation, volcanic cones, circular divots along the landscape, which are quite a sight to behold.

Its intimate size and its range of activities make this a good one for families looking for a relaxed holiday with children. 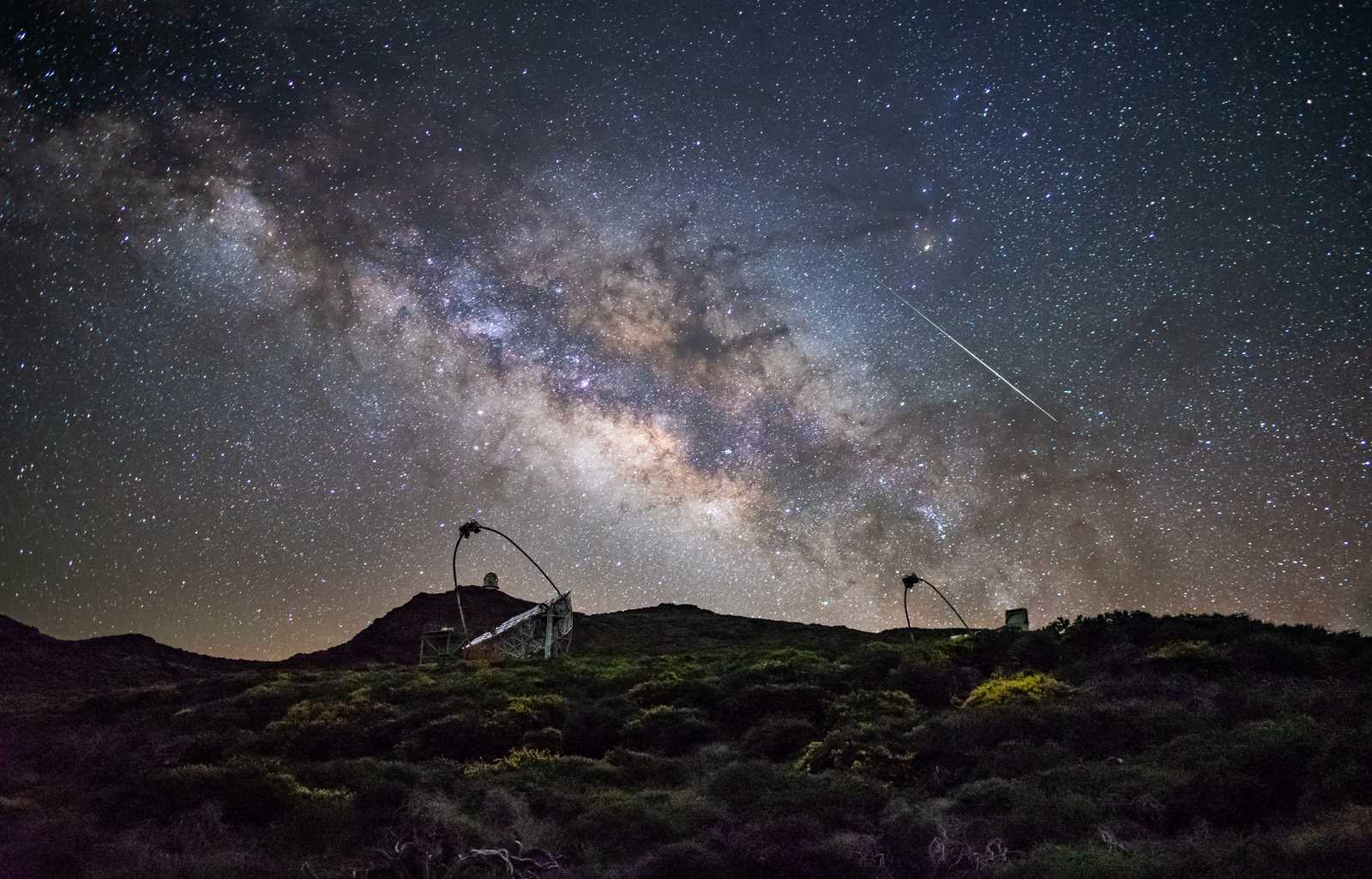 La Palma is the most obviously naturally beautiful of the canary islands. It has beaches as they all do, but in general, it trades in the beach holiday resort flashiness for pure, unbridled natural beauty.

Its rocky summits, complete with beautiful climbing forests, make it home to the best hiking and trails you will find anywhere in the Canary Islands. Its towns are lively but sophisticated, more reminiscent of the Latin American lifestyle than most Spanish islands. 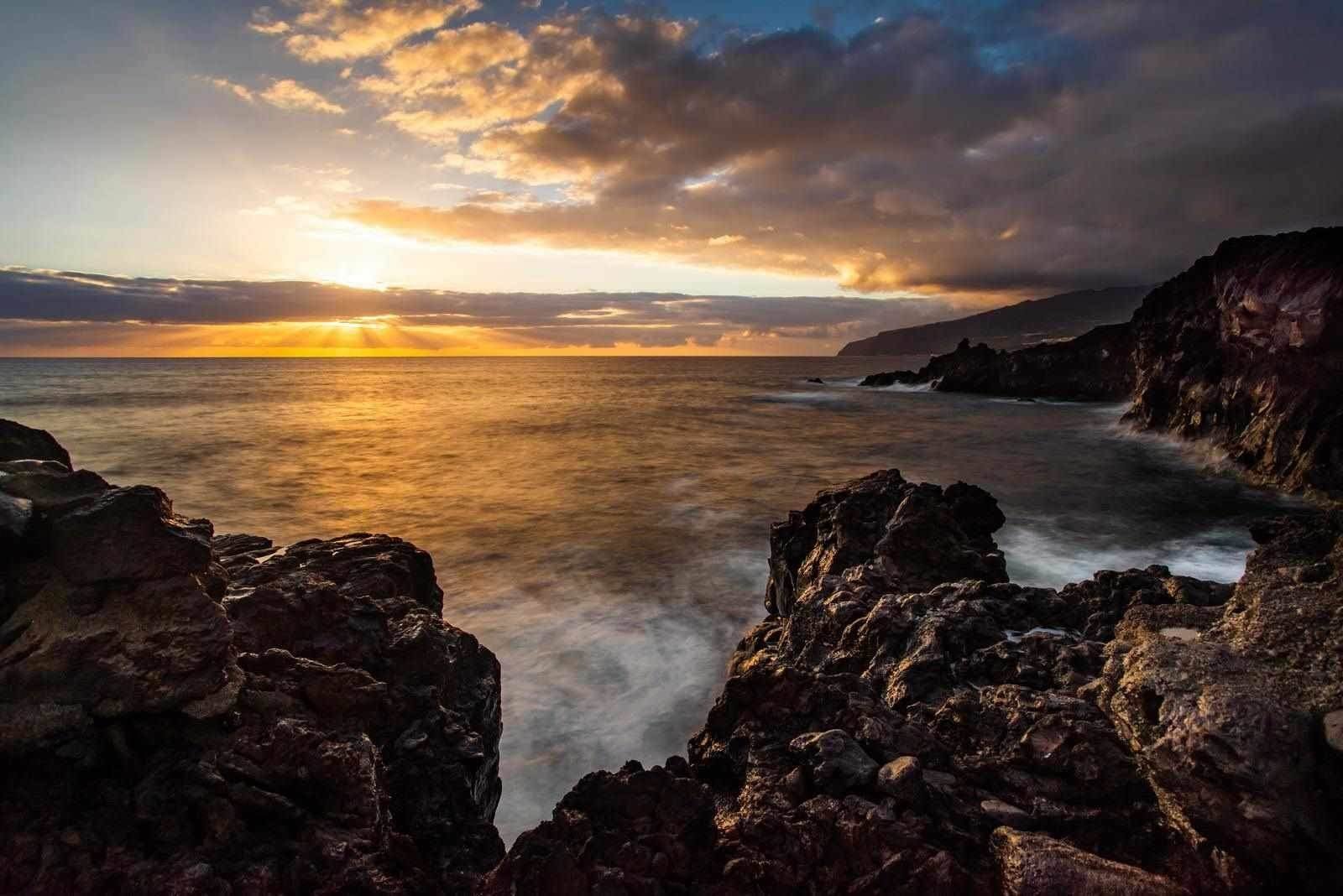 La Palma is an excellent option for couples, interested in escaping the crowds and spending a lot of time in nature, or getting to know the history of Santa Cruz de la Palma, a shipbuilding old port.

It does not attract as many tourists as other Canary islands, which is a great thing in the overtourism era we are living in these days – and you will feel like you are getting a more authentic experience by opting for La Palma. 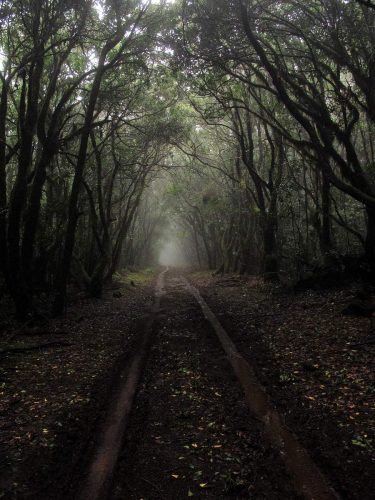 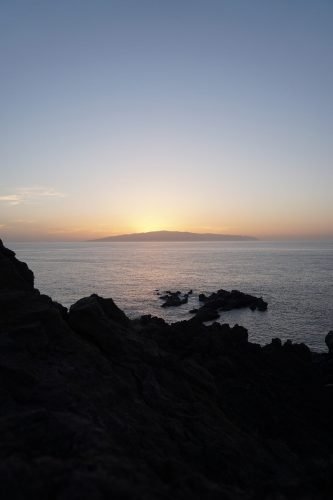 La Gomera is often paired with La Palma, largely in part to their dominating natural beauty, which outclasses what they have to offer in terms of beaches. La Gomera’s beauty is somewhat overwhelming, with plunging ravines, rainforests, and coastal cliffs.

Though reasonably small, it’s not that easy to get around, mostly on account of the lack of roads, because of the landscape. The upside to this is that it is an extraordinary destination for hikers and is famed for its walks worldwide.

The resorts that it does have are very low key and relaxed, with the bulk of its focus being inland, rather than out onto the beaches. It is harder to reach than La Palma and requires a flight from Tenerife or a substantial ferry trip.  It’s not commercialized in the way some other islands are and is very much a hidden gem, particularly in terms of flora and fauna.

La Gomera will be very popular amongst hikers and any other trail enthusiasts or those looking to go for one of the Canary Islands’ least ‘popular’ destinations. 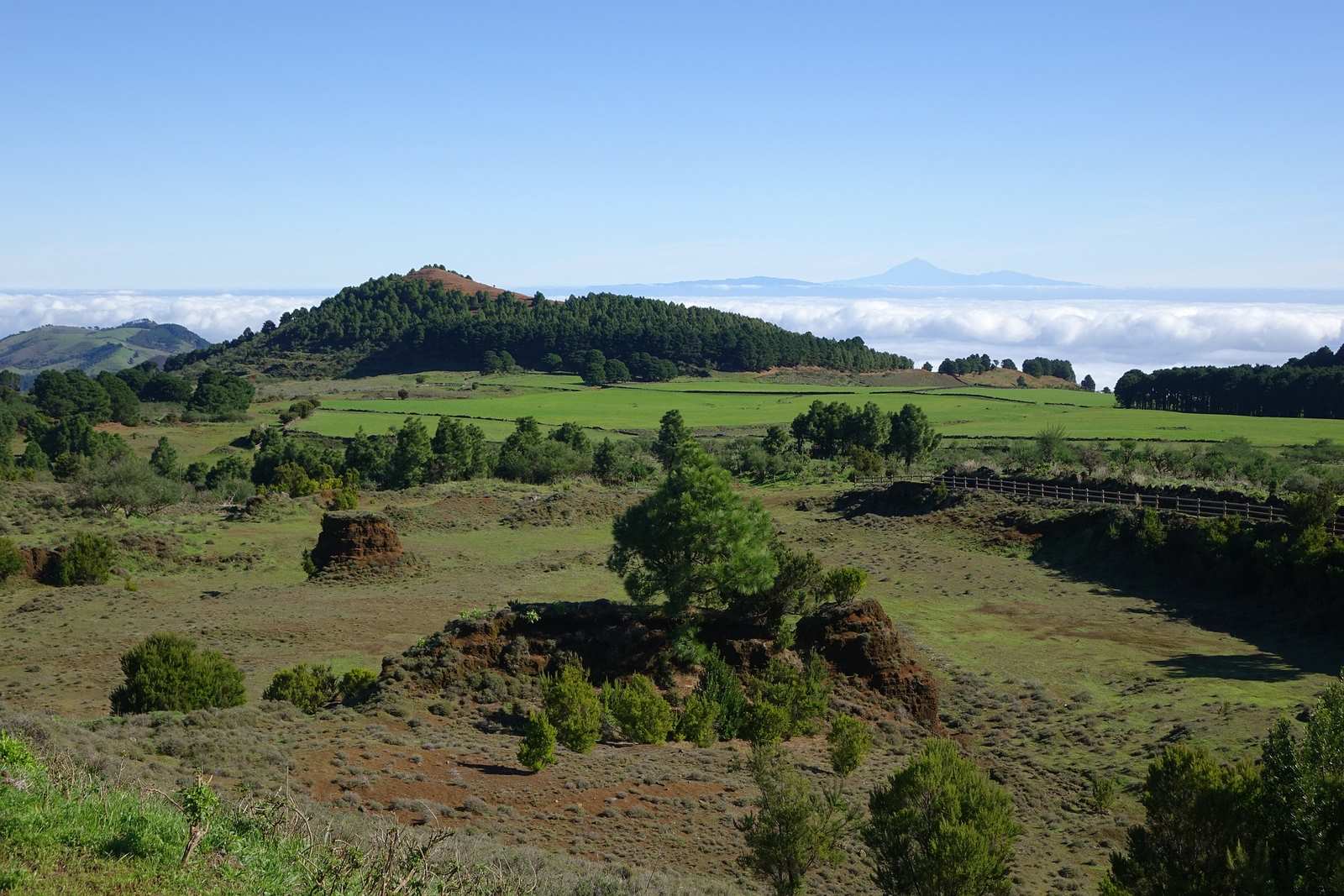 Speaking of least popular, if you want off the beaten track, then El Hierro is for you. The entire island is protected by UNESCO, so it doesn’t have any resorts or signs of tourism at all. It’s by far the smallest island and was once considered the end of the world. It has all sorts of oddities to be uncovered in its tiny villages, ancient settlements, and huge fantasy forests.

It also has areas that feel like you’re in the luscious greens of northern England or Scotland, rather than an island off Africa.

It feels like a special experience to be allowed on to El Hierro. There’s no air traffic (aside from the odd helicopter) and a long ferry to reach it, which makes it ‘unspoiled’ for those who do decide to visit.

El Hierro would be perfect for people looking to have an alternative Canary Islands experience, or people genuinely interested in the history of this tiny island. 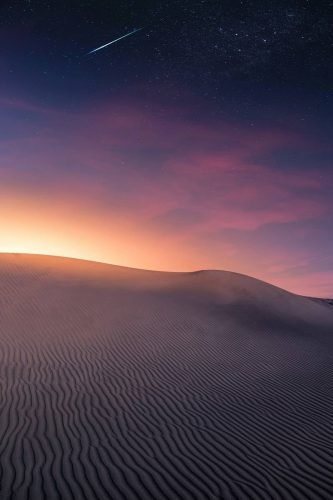 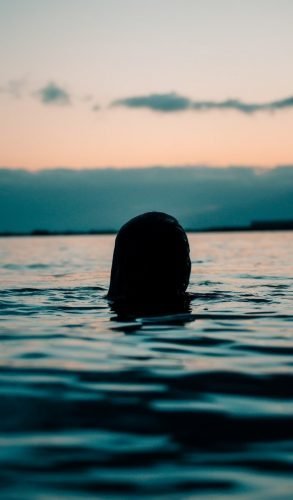 As is hopefully demonstrated pretty clearly in this list, whatever you’re into, the Canary Islands will have it, or at least some version of it. From reclusive inland villages to glitzy beach resorts, to hidden mountain trails, you can’t go wrong with the Canary Islands. 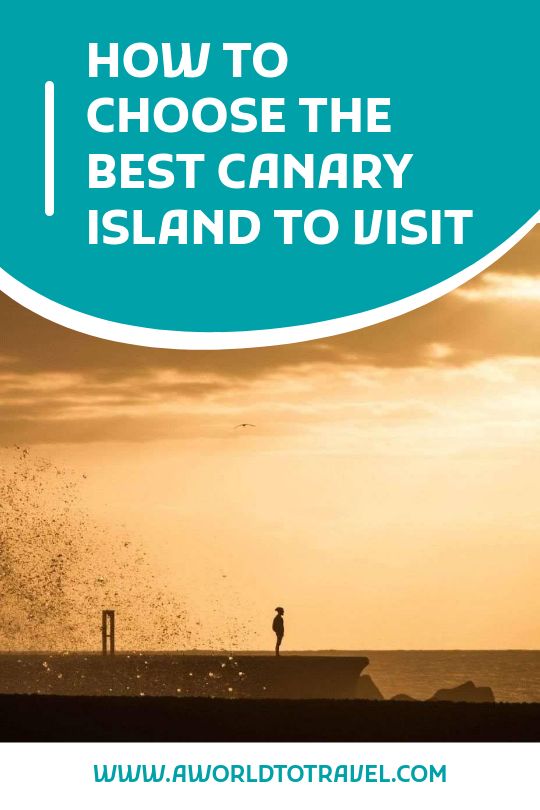 Harry is an editor with a particular focus on tourism training and workflow management.