Barcelona is a city full of vibrance. What I love about Barcelona is the mix of young and old people, diverse architecture, and the feel of being immersed in the bustling scene of a noisy downtown European city.

The first stop was the heart of downtown Barcelona; Las Ramblas.

Las Ramblas is a tree-lined main strip of shops and dining loaded with locals and tourists with wide cobblestone sidewalks full of souvenir kiosks. Stop by the open-air market of La Boqueria containing all kinds of food. Veer off to the side streets to a labyrinth of cobblestones streets; areas like Barri Gotic, El Raval, and Placa de Catalunya to name a few.

Keep a map handy as you can get lost within the labyrinth of angled side streets. One thing for sure about Barcelona, there’s a never-ending supply of churches and cathedrals. 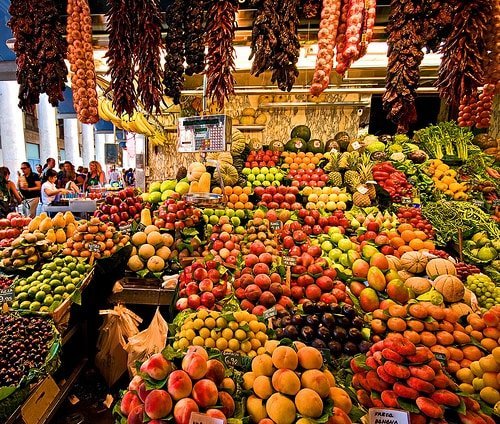 The first night of dinner I satisfied my Paella craving at Monticelo 16 located down the street from our hotel. The Paella didn’t disappoint and the Red Sangria was stronger than I expected. The rice was nicely seasoned along with the usual suspects; mussels, prawns, chicken, sausage, and fish.

Take an after-dinner stroll down the street of Plaza D’Espana to Les Arenas; a bullfighting ring converted into a mall and movie theatre. The shops were closed when my wife and I arrived but we took the escalator to the top floor where restaurants wrap around the entire floor with pretty views of the city and looking down on the street to the plaza of lights.

Day 2 started at the Avenue of Discord; named after the unique designs of the buildings by Antoni Gaudi. He was an architect whom I never heard of but now I have a fascination for his work. The Casa Battlo is a must-visit! Enter the foyer, up the stairs, and you’ll feel like you’re in a world of Alice in Wonderland meets Willy Wonka. The audio guide is necessary to understand what the house is about and how it came about.

Each room and floor tells a separate story of its purpose and meticulous designs. Sign your name in the logbook and explore each floor as much as you can until you reach the rooftop. It’s not your ordinary rooftop; but then again, this isn’t an ordinary house. 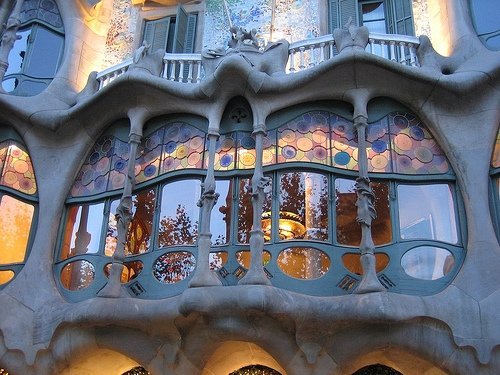 Areas right outside of Las Ramblas include Citadel Park that begins with their version of the Arc De Triumphe. It’s expansive with an African Saharan feel to it with palm trees that’s nice for a stroll.

Continue onward to the El Born district where you can take a lunch break at Bar De Pla. A small, cute tapas bar with a relaxed atmosphere. The squid and ink croquettes along with ham & roasted meat Croquettes and cervezas was a nice meal.

From there, visit the Picasso Museum where the line may be long but worth the wait. The museum contains his works before he ventured to Paris and made a name for himself. Next stop, the beach! Continue south to Barceloneta where a massive throng of tourists and locals fill the sidewalks and streets along with ample cafes and dining establishments.

Later in the evening dinner was at La Flauta. Food and service here are top-notch. The combo of grilled calamari, cuttlefish, and sardines drizzled with olive oil was fresh and tender washing it down with a nice Sauvignon Blanc. There was also an accompaniment of bread with tomatoes and oil; not actual tomatoes but it was drizzled with a puree and olive oil. 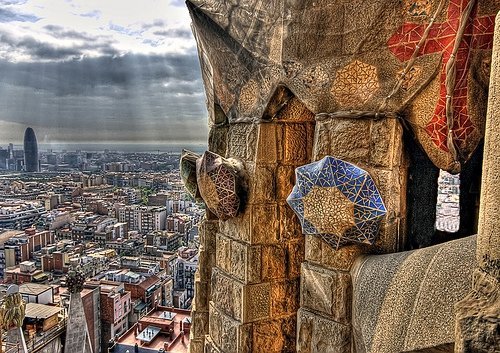 Day 3 turned out to be possibly my most fulfilling day as a tourist starting at Casa Mila and then the Sagrada Familia. I arrived at Casa Mila right at the 9:00 a.m. opening so I wouldn’t wait long in line.

Take your expedited tour by taking the steps to the top floor to avoid any humans in your path. You’ll reach the rooftop to an apex of calm, quiet, and a soothing sunrise looking out to all corners of Barcelona and in the distance was the next stop; the Sagrada Familia.

Conceptualized by Gaudi and built in 1881, the Sagrada Familia is still under construction and won’t be completed until 2028. You’re walking into a living breathing piece of art. You sense the calmness while hearing the drills and hammers pounding on the outside.

Check out the showroom/museum off to the side. It tells the life story of Gaudi and the influences of his master artistry that led to creating this church. I finally left the building never forgetting what I saw. 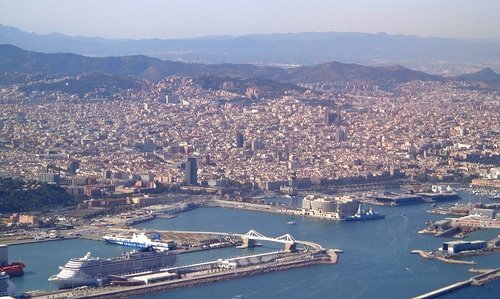 The final day in Barcelona also consisted of St. Joseph square where my wife and I sat at a café for a couple of hours enjoying the scene and entertainment from a duo singing “Hallelujah” and other cover songs. We could’ve easily stayed all afternoon but we carried onward to a bar called 4 Cats for drinks. Pablo Picasso would frequent 4 cats during the early part of his career.

Book your ferry to and from Barcelona with Ok-Ferry now.

The final dinner ended up in two spots. The first one was Mont Bar which was a little fancier, modern, and more expensive than other places we had dined. The potatoes topped with a ketchup-type & Thousand Island sauce was nicely cooked. The ham croquettes were a little too creamy for my taste that it reminded me of creamed chipped beef on toast. We saved room for the final stop; Le Crouet; across the street from our hotel.

This place had the best Sangria of all places I tried with a nice balance of heartiness and potency. The baked and fried cod sealed up my appetite and our time in Barcelona with much appreciation. So happy we made it here, yet sad that we had to leave Barcelona.

Only have a couple of days? Check this 48 hours in Barcelona itinerary.

NOTE: Of the places I visited, it will help a lot if you purchase your tickets in advance to avoid the long lines.

Paul Laska is a Self-Published Author & Travel Writer who resides in Philadelphia, Pennsylvania. Barcelona was one part of a Spain & Portugal trip from this past summer. Currently working on articles on Mallorca, Sevilla, and Lisbon and a new novel to be released in 2014.