How The Australian Outback Has Mastered Living In Isolation

The Northern Territory of Australia is heralded as the original Outback. Despite the current global pandemic, life in the NT remains much the same as it has always been with limited restrictions in place thanks to negligible cases of Covid-19. Is it not surprising that this central northern region of Australia coped with the crisis so seamlessly, after all, residents of the NT are no strangers to living in isolation and adapting to challenges the environment may throw their way. 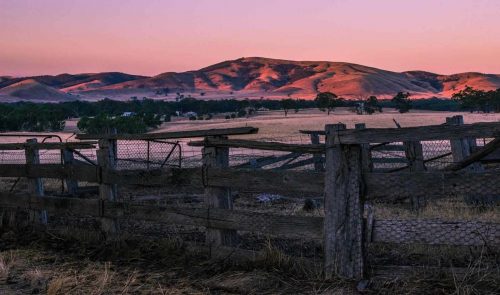 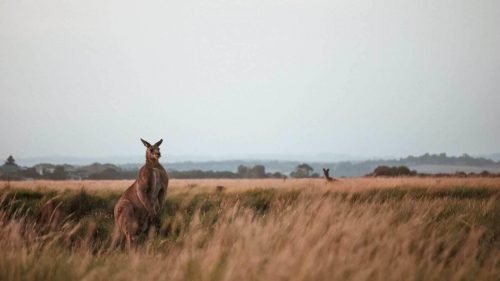 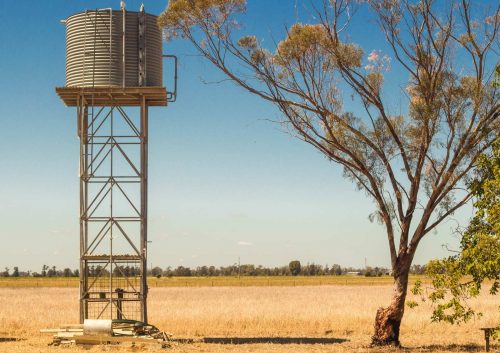 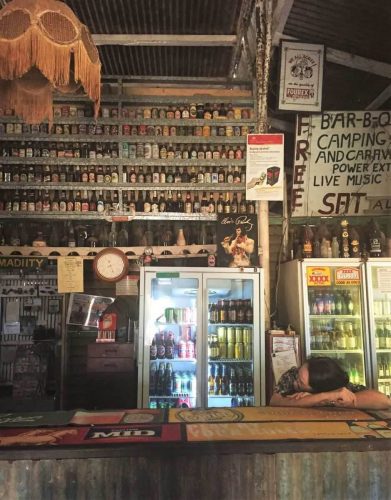 The Territory is the backdrop to iconic screen greats such as Crocodile Dundee, Priscilla Queen of the Desert, and the cult classic Walkabout, all of which epitomizes the vast wilderness of Australia’s most sparsely populated region. Covering an area almost six times the size of the United Kingdom, the ‘Territorians’ have become masters of the pioneering spirit. Their creativity in outsmarting the Outback has born a host of services that have enabled sustainable living in this sparsely populated region.

Learning through School of the Air

Generations of families have grown up on remote cattle stations where the nearest neighbors might be a few hundred kilometers away. Instinctively these Outback pioneers have incredible resilience and practical outlook on life. Children seamlessly weave attending school via the internet with helping out with practical chores, such as repairing fencing and tending to cattle.

Little seems to have changed dramatically since the School of the Air was established 69 years ago to cater for the children living in remote locations. Historically, children would access their lessons via radio communication; today the school uses video conferencing software that was written specifically for use over satellite. Clearly technology has enabled a more interactive experience. 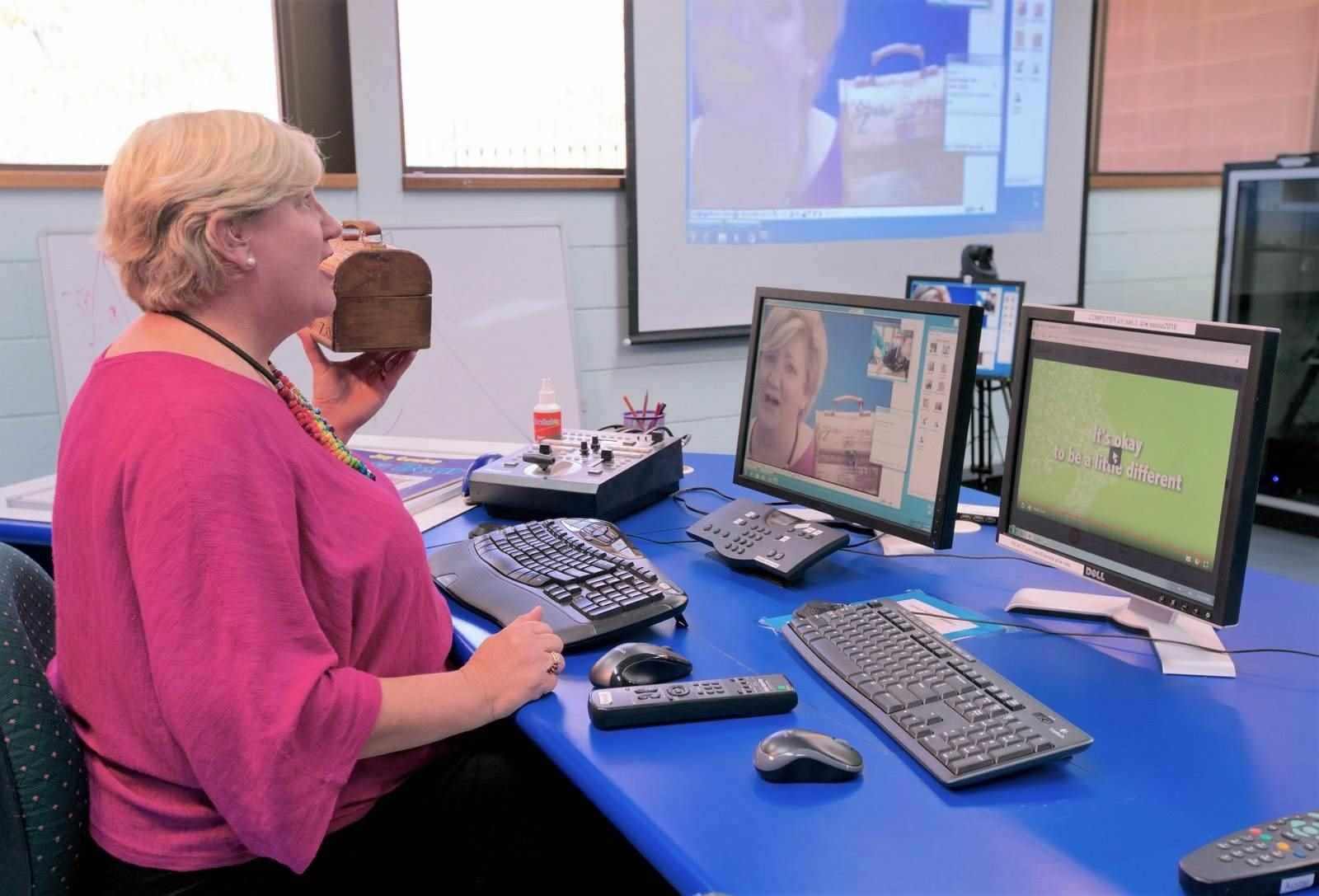 Kerrie Russel, the Principal of School of the Air, has the following advice for children who found themselves homeschooling for the first time “For many students they grow up in this context so it is normal for them and they don’t feel isolated. Often where they live, for example a cattle station, has a lot going on and they love that lifestyle. Remember there is a lot of great learning that can happen in the home that is not what we think of as traditional school learning such as cooking, building, creating, performing, inventing, and playing”.

Healthcare in the Outback

Alice Springs is the unofficial capital of Australia’s Red Centre. A small town surrounded by semi-arid desert steeped in pioneering history, Alice was established in the 1870s as a central point along the extraordinary overland telegraph line running from Darwin to Adelaide.

A modern solution to survival in the Outback was also born in Alice Springs through the Royal Flying Doctors Service. It was here that the aspiration of healthcare for remote workers became a reality, and where one plane in 1928 grew to a fleet of 17 that now offer health services to 300,000 Australians a year.

Visitors to the on-site museum can climb inside a replica plane, offering an insight into the top of the range technology that is flown across Australia to save lives. There is an air-conditioned cinema showing daily viewings of real-life survival stories against the odds and a wonderful gift shop.

Stars, solar, and sustainability in the red centre 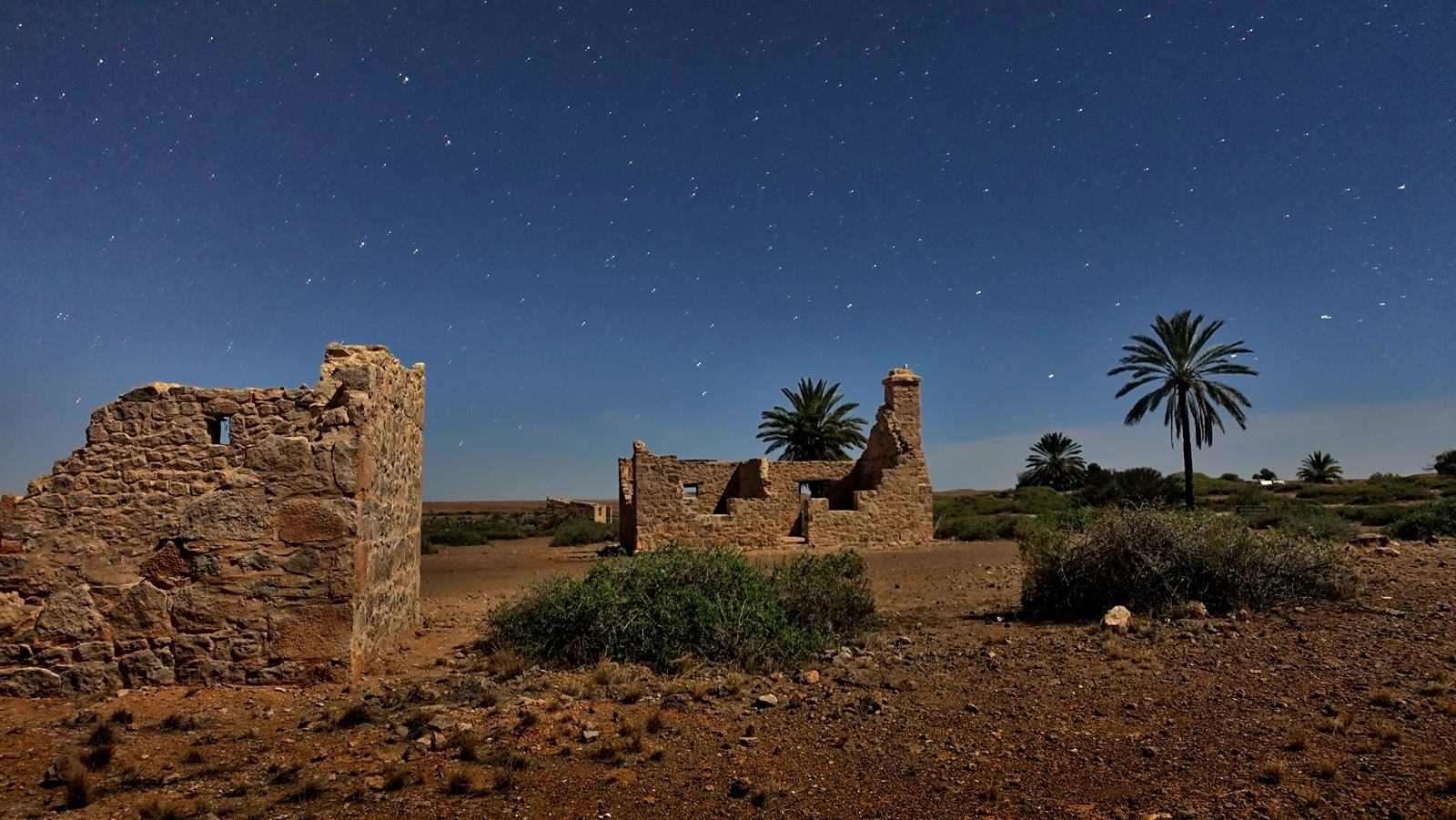 Step outside of the NT’s towns and into the Outback you will find highly motivated and innovative locals. Take the Earth Sanctuary near Alice Springs run by the Falzon family. If the name sounds familiar Dan Falzon played Rick Alessi in the popular TV series Neighbours. One of Australia’s first 100% carbon neutral tourism venues, the Falzon family have established a living, breathing center that showcases ecology, culture, and sustainability in action.

Central Australia is heralded as one of the best places in the world to enjoy the night sky and the astrology tours at the Earth Sanctuary provide a front seat into the intergalactic hinterland. The Earth Sanctuary’s observatory is situated on an ancient sand dune and offers guests a chance to marvel at the black velvet sky, sprinkled with a planetary mosaic. All this is mixed in with genuine warm Outback hospitality, mostly enjoyed around the campfire. 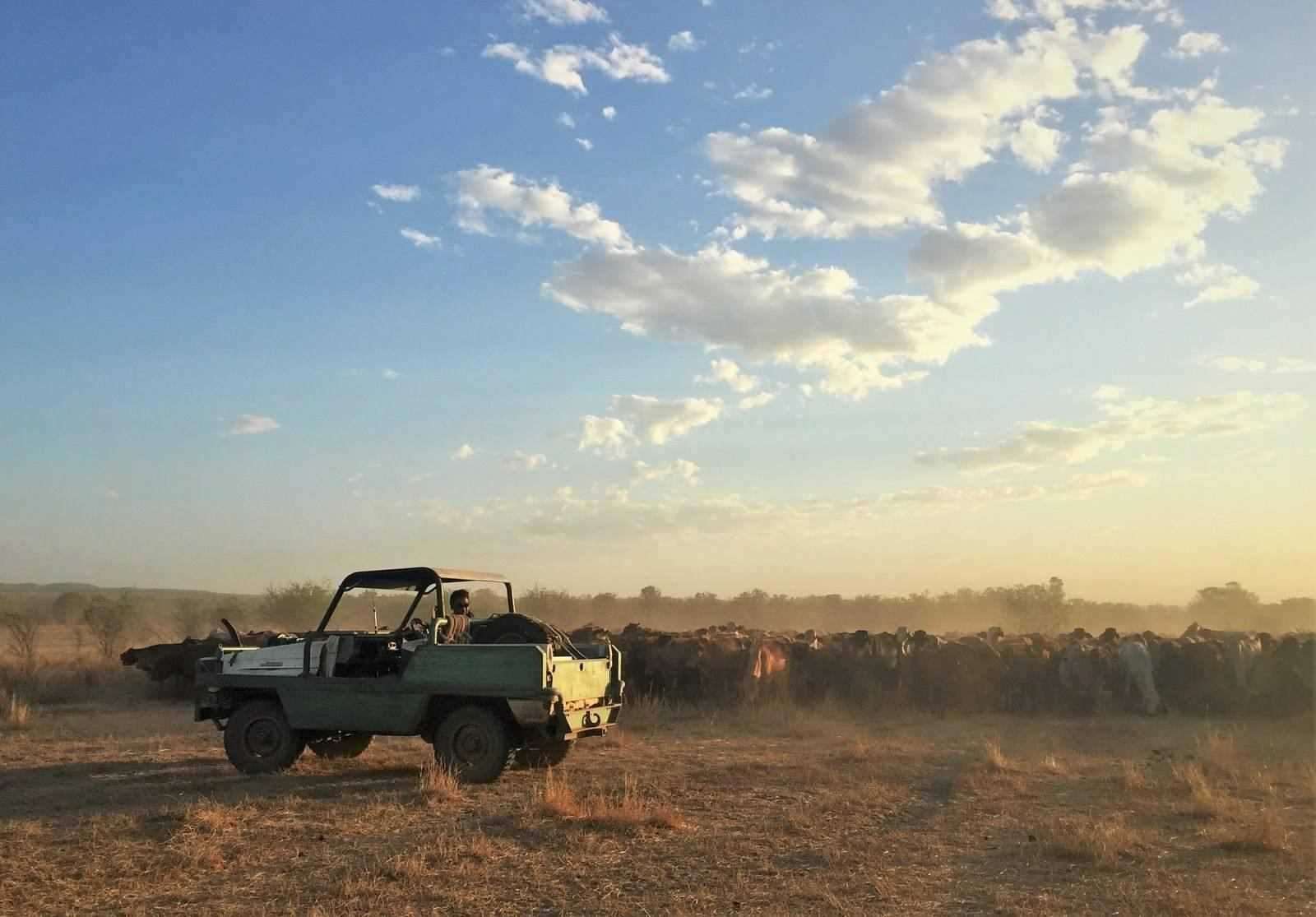 Many cattle stations in the NT are embarking on a more sustainable way of farming and land management and are inviting guests to enjoy this way of life with them. Bullo River Station is situated in the northwest corner of the Northern Territory, not far from the Western Australia border, and encompasses an impressive 500,000 acres of privately owned countryside.

The station dates back to the 1960s and has a colorful history dotted with strong personalities that strived tirelessly to work the land and manage thousands of cattle. In 2017 the property was bought by its current owners who have facilitated a stylish makeover which includes upgraded guest rooms and a new palm-shaded pool area with far-reaching views across the surrounding plains.

Ranch activities include horse riding, herding cattle in 4×4 all-terrain vehicles, and feeding the calves. Further afield guests can explore nearby rock art sites, hiking, or enjoy a spot bird watching. The food at Bullo is made all the more exceptional given its remote location, expect well-marinated steaks cooked over the open fire with fresh hearty salads and delicious homemade sausages from the ranch. 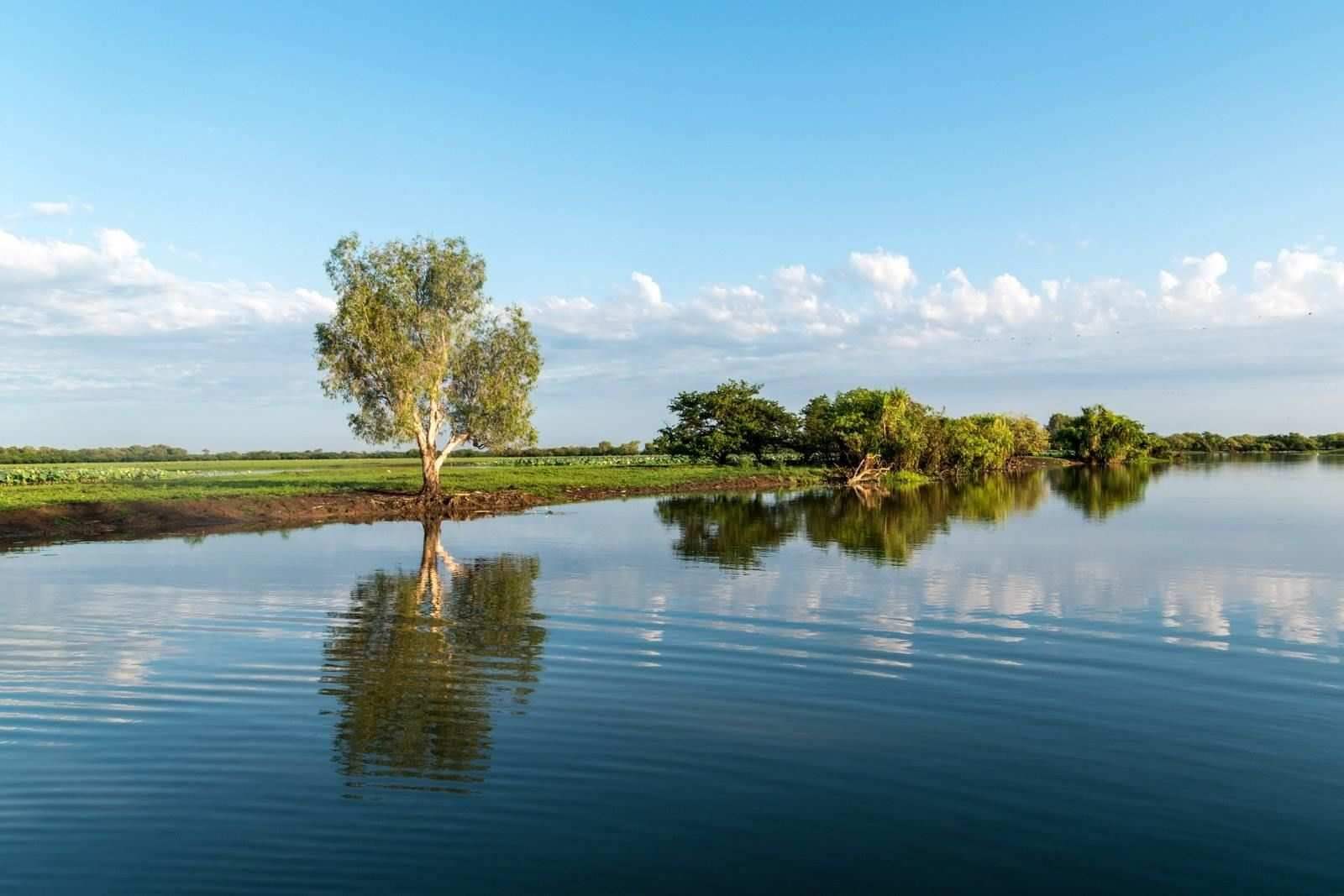 This is what often surprises about the NT, that despite its swathes of uninhabited land it is a wildlife bonanza. Often credited amongst the top bird-watching destinations in the world, it is home to multiple ecosystems that allow flora and fauna to thrive without the human interruptions that can be so damaging in heavily populated societies.

Kakadu National Park in the Top End of the Territory is Australia’s largest National Park with a myriad of rivers, wetlands, and striking sandstone structures, many recognizable for their roles in big-screen dramas. There are multiple ways to discover the park from escorted tours providing overnight sleep-outs in a swag, hotel accommodation, including one shaped as a crocodile or self-drive and camping.

Related: Free Camping Around The Globe

Whatever the mode of transport, this is an adventure into a pristine wilderness where visitors can hike through ancient trails and then cool off in emerald green rock pools under cascading waterfalls.

A river cruise in Kakadu is a great way to explore and the Yellow Waters billabong cruise is a relaxing way to take in the abundance of wildlife. Jump on the first departure of the day and you will slip off the jetty whilst the dawn mist envelopes around you, only to slowly clear as the sun rises to reveal brolgas, magpie geese, Australian darter, plumbed whistling ducks, and of course, the NT’s most prevalent predator, the saltwater crocodile.

It would be remiss to visit Kakadu and not take in the rock art, a small window into one of the world’s oldest living cultures. Home to the greatest concentration of rock art in the world, many of the sites have art that has been dated back some 20,000 years.

Ubirr is one of the most popular locations, where visitors walk through a series of rock shelters protecting thousands of years of knowledge that has been etched into the stone in varying shades of red orcha. The art provides guardianship to stories that were passed on through the generations to aid and protect local populations traveling through the challenging landscape.

The rock art trail at Ubirr leads up to a picturesque lookout that not only provides one of the most magnificent sunsets but also an opportunity to marvel at how the custodians on the land respectfully intertwined with their environment for survival.

A vibrant and resilient capital

The Northern Territory’s capital of Darwin is a city that has stood solid through its own fair share of challenges including the devastating Cyclone Tracy and the bombing of Darwin by the Japanese, which to date is the largest single attack ever mounted by a foreign power on Australia.

On Darwin’s waterfront, there is an impressive exhibition with frighteningly realistic virtual reality experiences recreating this pivotal moment in Australian history on the 19th of February in 1942.

The Museum and Art Gallery of the Northern Territory is one of the best places to understand the culture of the Territory. With aboriginal art exhibitions, natural history displays, and an informative Cyclone Tracy section; it pays homage to the region’s fascinating history, both ancient and recent. For those that can’t visit Darwin just yet, MAGTN has recently released a podcast series on its website that allows people to travel virtually to the NT. The episodes lift the lid on some of the most unusual exhibits, including Sweetheart the iconic crocodile, giant clams, and rare tropical fish.

Today Darwin is a vibrant city that basks in tropical sunshine most of the year, enabling a lively al fresco environment. The bar and restaurant scene in the past decade has been enhanced with numerous new openings, many utilizing local produce and creatively infusing bush tucker ingredients.

In town, PM Eat and Drink’s beautifully presented small plates blending local ingredients with Japanese, Greek, and Spanish infusions are complimented by impressive graphics on the whitewashed walls. There is an extensive wine list and the Australian rose is sensational. 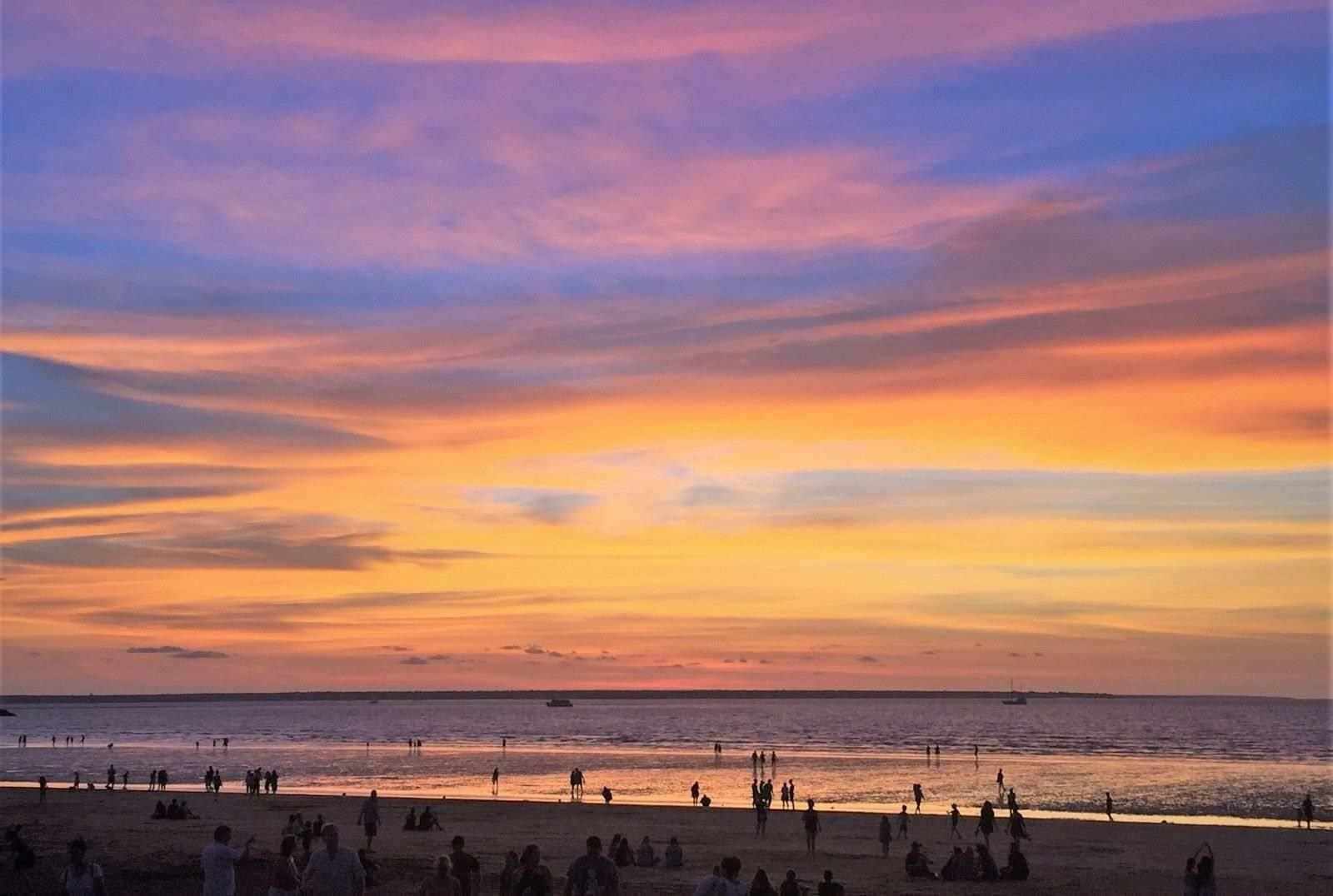 For an outdoor culinary journey with one of the best sunsets in Australia visit the Mindil Beach Sunset Market, open Thursday and Sunday evenings from the end of April to early October (check website for updated opening times due to Covid-19). Stroll through enticing aromas as vendors enthusiastically cook up a feast of offerings drawing on neighboring Asian heritage, the green papaya salad is as good as anything you might find in Thailand and typical Aussie fair including local barramundi burgers.

Locals and visitors alike arrive with coolers of ice-cold beers and enjoy their collective fair on the beach whilst the sun sets over the Timor Sea. A small producers area is worth a visit for unique gifts including handcrafted boomerangs and homemade soaps made with oils from indigenous plants.

The heart of Australia 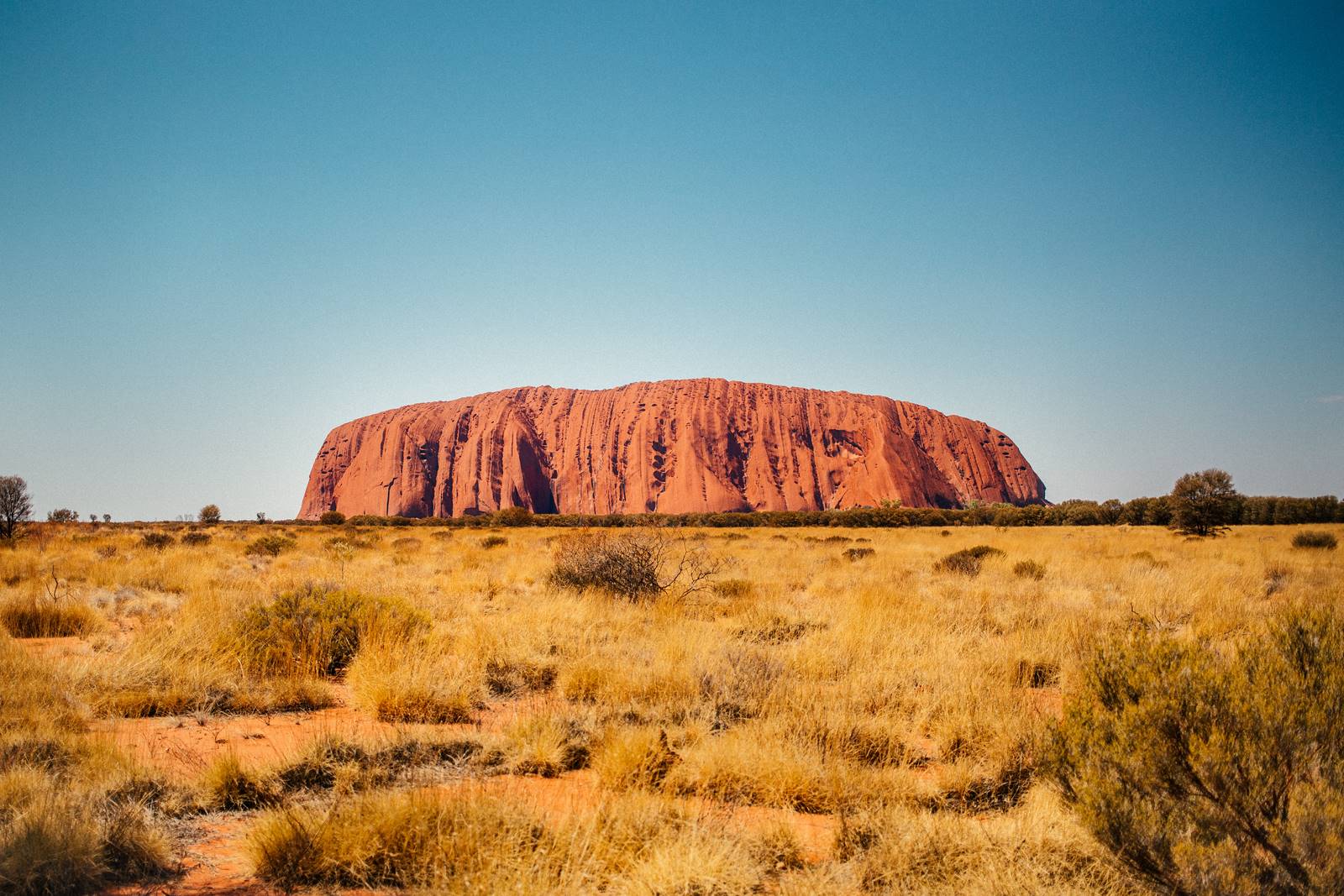 The Northern Territory is a veritable maze of lush green tropics and deep iron-red desert, vast uninhabited wilderness, and welcoming hospitality with spectacular backdrops. For one of the NT’s most magical surroundings head to the heart of the Red Centre where Uluru emerges from the sand, beating the spiritual pulse of Australia.

The famous monolith stands tall and magnificent, but what is most surprising on closer inspection is the kaleidoscope of color that changes throughout the day and the intricate details etched into the rock formation that tells dreamtime stories that date back through millennia.

The neighboring, lesser-known rock formation of Kata Tjuta is equally as mesmerizing. Perhaps it is the strict rules on taking photos to protect sacred sites that have enabled Uluru’s sibling to remain more anonymous and that is a blessing, as it just adds to the long list of wonderful surprises that materialize throughout a visit to Australia’s original Outback territory. 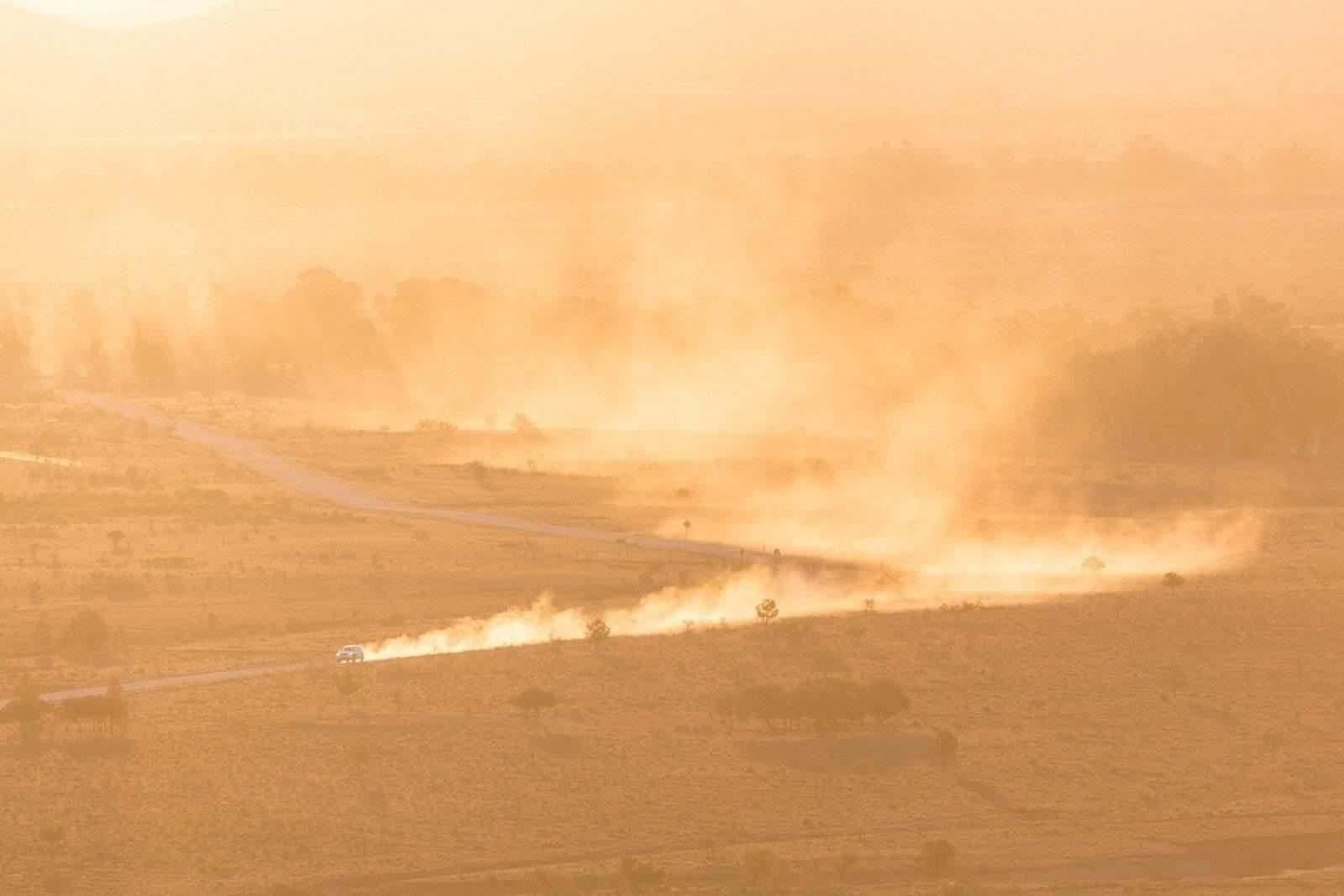 Laura Shelbourne has worked in travel marketing for over 25 years and has been lucky enough to represent destinations in every continent on the globe. She has gained local insight in some extraordinary locations and will never tire of learning from other cultures. 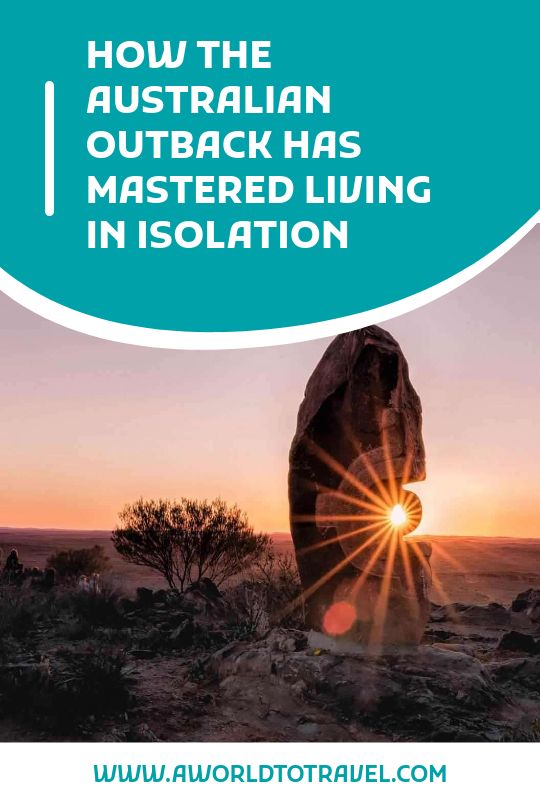