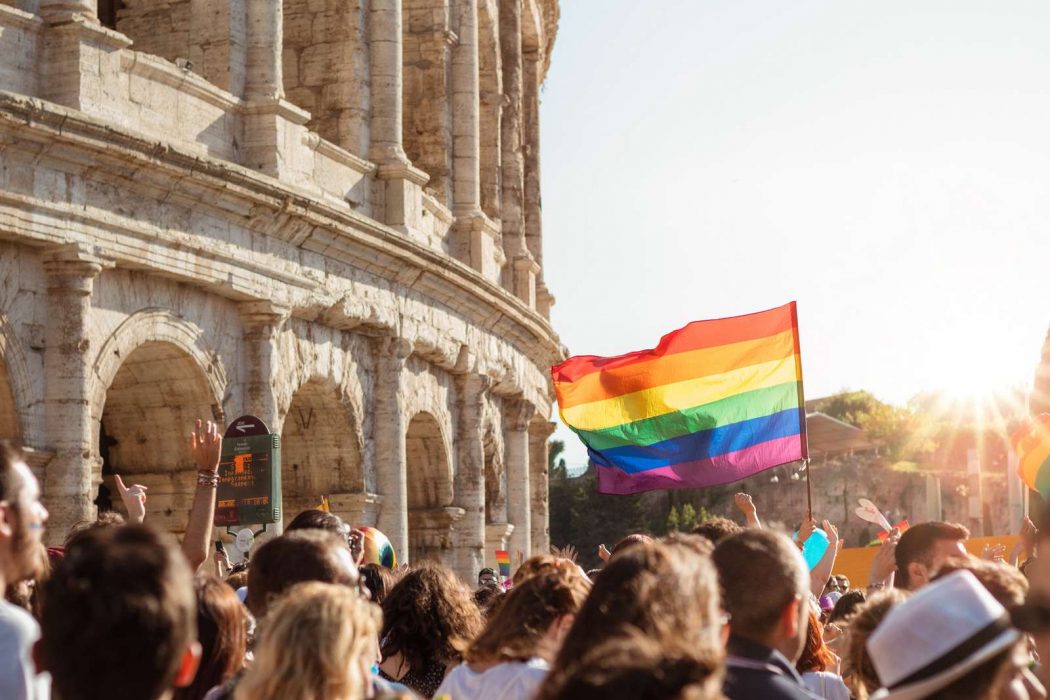 LGBT Pride parades and events are all about acceptance and diversity. That is one of the reasons that they are so fun and interesting to visit. We enjoy them just because you can feel how much the community cares for one another. And of course, because they’re just one big celebration of love.

In the United States, most events are organized in the Pride month of June! But the rest of the world celebrates Pride at other times too. Seasons vary and most events take place during the hottest and the sunniest time of the year.

Colorful Pride parades can be found on each continent and in this round-up, we included some of the very best Pride festivities worldwide.

Check out these 10 amazing LGBT Pride parades in the world!

The New York Pride is the largest in the entire United States. It is the home of the very first Pride celebration. In June 1969 the Stonewall riots started the Pride movement.

In 2019, New York was the home for the World Pride because it was exactly 50 years ago that the Stonewall riots happened in Manhattan. So 2019 was a year of big celebration for the massive progress Pride movement has made in most parts of the world.

New York Pride attracts visitors from all over the US and the rest of the world, and around 3 million people attend New York Pride these days.

The event lasts for 30 days and more than 50 activities and parties are organized during June.

Activities include live music, parties, an LGBTQ street fair, and a human rights conference. The highlight of the event is the actual pride parade, which takes place during the second half of June.

Each year, hundreds of thousands of party people travel to Sydney from all over Australia and the rest of the world to attend this amazing festival. It is, in fact, one of the largest Pride Parties in the entire world.

The Mardi gras events last for a couple of weeks, with the true highlight on the day of the Pride parade through the city. During the weeks before, other cool activities are organized, like Bondi Beach Drag Races, parties, and discussion panels to raise awareness for LGBT+ issues.

The very first Mardi Grass happened in 1978. So at this time, the event has already celebrated its 40th birthday and the event keeps growing each year.

The capital of Germany is the home of the largest and the most colorful LGBT Pride event in the country. Last year, more than 500,000 people attended this event in Berlin. With these numbers, it is one of the largest in Europe.

All over Germany, Pride parades are also called Christopher St. Day, like the name of the street where the Stonewall riots in New York took place 50 years ago. Aside from Berlin, most of the other large cities in Germany also organize Pride events. There are parades in Hamburg, Munich, Frankfurt, and many other cities.

This year, Berlin celebrates its 40th birthday and it does so with festivities that last for an entire month. The last week is called Pride week, which ends with the Christopher Street Day Parade.

Pride month is filled with LGBT activities, but if you don’t have an entire month, the last week is the most interesting one.

The 2020 Berlin Pride Parade will most likely take place towards the end of July.h 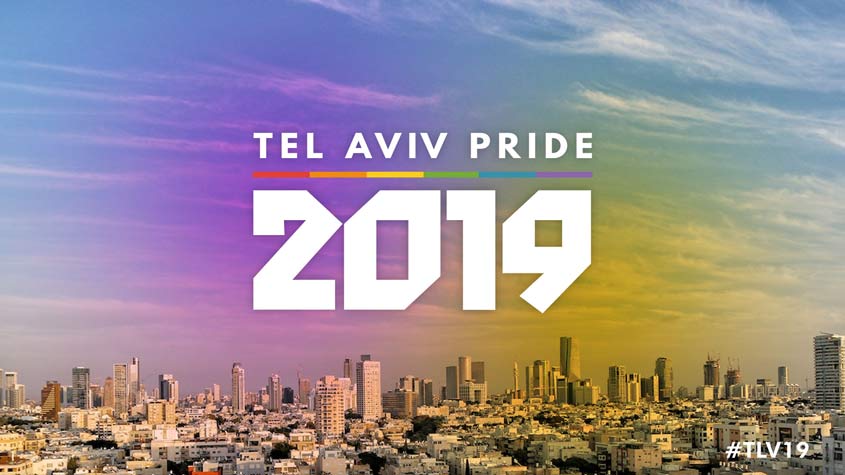 The Tel Aviv Pride is one of the largest events in Israel and it promises a lot of fun in the sun. This city is the LGBT capital of the Middle East and it is more open-minded than most of its neighboring countries.

Aside from the actual pride parade, Tel Aviv organizes a pride week before the parade. During this week visitors from all over the world flock to the awesome capital of Israel to celebrate together.

The Pride March walks through the beautiful and cozy city streets. It ends on the famous Gordon Beach, where the extravagant and colorful party continues until long after midnight.

Tel Aviv is not only LGBT-friendly during pride week but gay visitors travel to the capital all year round to explore the vibrant gay scene of Tel Aviv. This scene is so large and interesting that tour operators sell holiday packages to explore it. 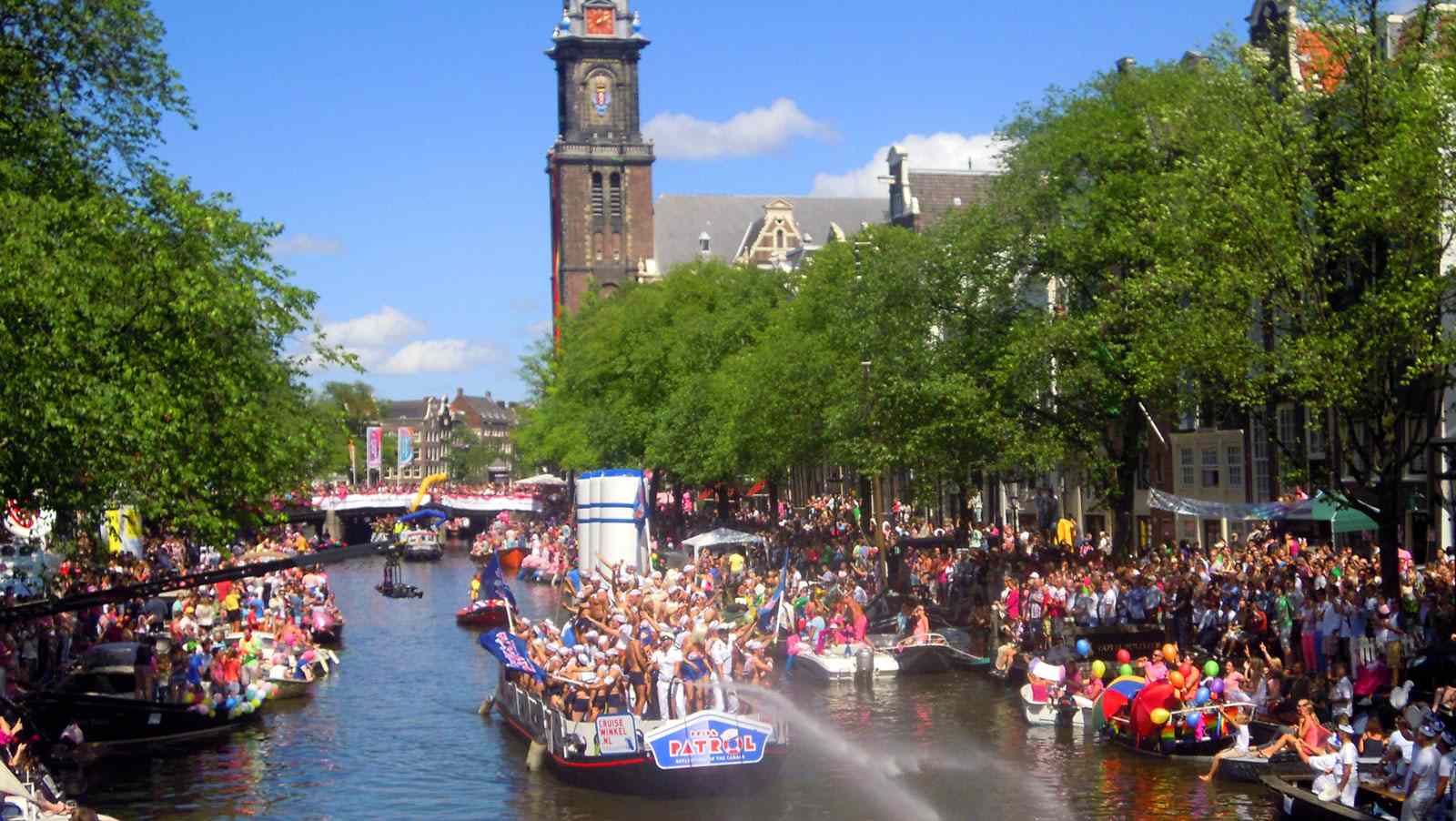 Amsterdam Pride is a one-of-a-kind event and it is also called Canal Pride. You can probably imagine why. During this pride, event ships are used instead of trucks. These ships float party people all around on the picturesque canals in the city center of Amsterdam.

The Amsterdam Pride lasts for an entire week and the event is filled with great fun activities. The highlight being the colorful ship parade on the canals.

During Pride week, you can attend a variety of street parties, live performances, athletic events, art, and Rainbow activities. Most Pride week activities take place in the Vondelpark and Dam Square.

Amsterdam is LGBT friendly all year round and it is a popular gay and lesbian travel destination. The actual Pride event usually happens during the busiest weekend of the year, so if you want to attend, you should book your stay well in advance.

In 2020, the Amsterdam Canal Pride will take place on July 31 and August 1st.

A few years ago, Madrid was home to World Pride. This event was a lot bigger than other years but Madrid Pride is still one of the largest Prides in Europe every year. By the way, here’s a convenient European Pride Parades calendar for you to check more events in the old continent.

During pride week events are organized on the many different squares you can find throughout the city. Aside from the parties, drag races, high heels contests, and a lot of LGBT fun, there is also a human rights conference and a lot of sports competitions, like badminton, tennis, swimming, etc.

This iconic Pride event is all about diversity and it empowers the LGBT community. In the last few years, the manifestation has grown and generally more than 2 million people attend this event.

Madrid Pride is not the only LGBT Pride event in Spain. There are also Pride events organized in Barcelona, Sitges, Bilbao, and other places around Spain. This is a sign that Spain has a lively LGBT scene.

The first Asian event on our list is also the most interesting and diverse Pride event on the entire continent. Taipei Pride is extremely popular for many reasons and it is also Asia’s number 1 LGBT event.

The first formal pride in Taipei happened in 2003, but they have been already celebrating Pride long before that.

Taiwan Pride usually takes place on the last Saturday of October. The entire event lasts for four days with the highlight on Saturday. During these four days, a lot of parties are planned and the biggest one is on Saturday night at the W Hotel Taipei.

Taipei has a thriving LGBT scene and it is worth visiting any time of the year. Find out what is Taiwan famous for on top of this event.

They know how to build an epic party in Brazil as we see images of the yearly Carnaval in neighboring Rio! Sao Paulo isn’t less festive and the Pride event that takes place in Sao Paulo is among the largest in the world. It competes with the New York pride!

For the 23rd time now, Sao Paulo organizes a Pride march and a massive party to close off the event. In the week before the event, there will also be a Rainbow fair and a lot of cultural events.

In 2018, more than 3 million party people attended the Sao Paulo Pride and more people are expected each year.

The Canadian Pride in Toronto has a little bit of everything! They organize a march for every aspect of theLGBTQ+ community: a Trans March, a Dyke March, a Family March, and of course the main March!

Toronto Pride stretches over an entire month from the first of June until the first of July. More than 50 events are planned in this timespan. A lot of these events are different parties, but there are also cultural events, live performances, an art festival, and a street fair.

Buenos Aires celebrates pride for an entire week with the summit during the weekend: a huge parade through the streets of the capital. Pride week boasts activities like parties, conferences, and other events.

There are many more LGBT Pride parades and Pride festivals held in the world and these 10 are only the tiny tip of the iceberg.

Even though Pride parades often feel like one big party, there are a lot of underlying reasons we still need a Pride parade. You can see the need for it when you count the countries in the world where there is no Pride Parade at all because it is illegal. Or when you count the countries where LGBT+ people are being punished or murdered. In too many cases, local laws encourage the discrimination of LGBT+.

I’m lucky to be raised in a tolerant country where diversity is possible and being different doesn’t get you in jail or dead. Where I come from, each city or town of decent size hosts a Pride event and the community has a right to express themselves.

In the end, all we ask for is tolerance and understanding. Because LOVE IS LOVE.