10 Alternative Things To Do In Madrid

Looking for some Madrid hidden gems? Then check this guide to hidden, unusual, and alternative things to do in Madrid for out-of-towners and savvy locals.

The Spanish capital is one of the most visited cities in the country. According to the last official document shared by the city council tourism office, Madrid Destino, 10.4 million travelers arrived in Madrid last 2019. Why are travelers interested in this particular city? Could it be because of its regional gastronomy, architecture, or bohemian neighborhoods around the city center? In any case, these are ten unconventional things to do in Madrid if you are spending just 48 hours in town. 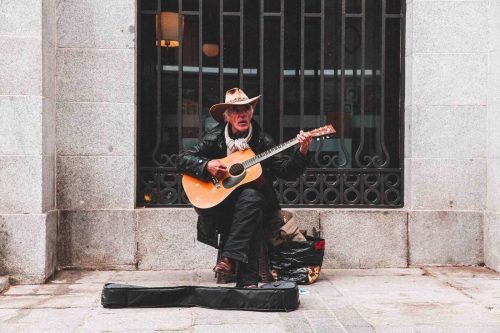 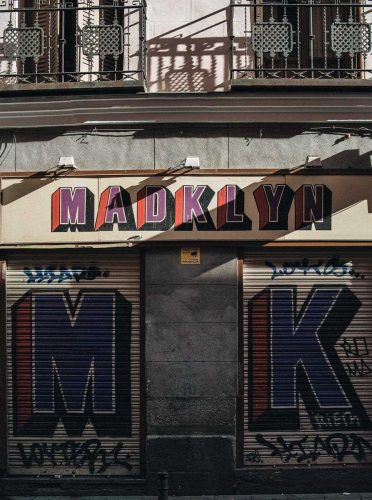 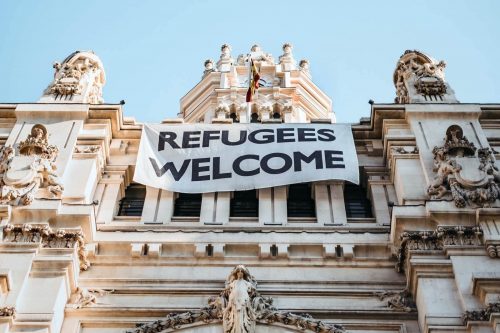 This article will show you places that tourists usually don’t get to. They are quite known by madrileños (the name locals receive) and classified as offbeat. Moreover, if you follow our suggestions to visit any of these spots, you’ll be able to feel the local people’s friendliness.

Without further ado, here are some unusual things to do in Madrid if you want to enjoy a different weekend:

If there is one thing that Madrid is famous for, it’s the traffic. However, if you go to the outskirts (further than M30 and M40) you’ll be able to see wider areas and a different taste of how life is without cars around all the time.

The best example to illustrate that refers to the city’s views. Cerro del Tio Pio Park is what you are looking for. It is famously known as Parque de las Siete Tetas and located in Vallecas district. We would define it as a working-class district. To get there, you just need to purchase a metro card or use any of the bicycles that the Madrid public transport network has around the city. The nearest station is Buenos Aires, metro line #1. Once you get off, take Calle Pío Felide exit and then walk over the hill. You’ll leave on your left-hand side a fire station. It’s a 10 minutes walking distance.

The park is famous for its sunset, so take note. We’d recommend you bring something to drink or eat (picnic) and a large beach towel. You should take into account that there are no convenient stores around.

You’ll easily photograph the best panoramic views in town. The higher you walk up the park’s hills, the better the image. From there, you’ll snap Madrid Barajas airport, Casa de Campo park, or the communication tower, known as Pirulí.

That’s not all; try playing a game if you can identify:

The second experience is quite mindblowing as the place itself has a bizarre sense that will drive you to another artistic world.

It opens from Wednesdays to Sundays. The entry fee is 5€ or 4€ with a discount for seniors/students.

Walking over La Neomudejar, wandering about its art, will take you approximately 45 minutes.

There is a gigantic engine that’s probably the most important highlight. You should take into account that this warehouse was used in the XIX century by the Spanish railway system. It’s here where the MZA workshop was located, the first line that connected Madrid, Zaragoza, and Alicante.

As a third option, we would like you to visit a unique urban garden in town. The most interesting thing is that you’d have never thought that this kind of place would be where it is: Right in the city center.

Esta es una Plaza is located in Calle Doctor Fourquet, just a 5 minutes walk from Lavapiés metro station. The neighborhood is not only one of the most multicultural districts in the city, but also a place for diverse ideas, free of any prejudices.

That’s the philosophy behind the group of people who founded Esta es una Plaza. After 30 years of abandonment, they took control over the space. The whole landscape has changed from that time. This group of neighbors does receive the city council’s permission to run it over every 4 years.

Is it always open? No, it supposedly opens on Sundays and sunny days. As a self-sustained center, the key remains available to people who regularly operate within the spot. Here’s why it deserves a spot on this ranking of Madrid hidden gems:

4. Take the elevator to Moncloa’s lighthouse

It is known that Circulo de Bellas Artes terrace and Hotel RIU Plaza España sky bar offer the best panoramic views in Gran Via street, but are there any other non-touristy spots in town with similar characteristics? Yes, there are!

Faro de Moncloa (Lighthouse) is the place you were looking for! To get there, you’ll have to walk over the Madrid city council’s biggest university. That is to say, Complutense. Once there, pay the ticket and get into the elevator which will take you 92 meters above. You may now enjoy a 180º view over Almudena Cathedral, Royal Palace, and Guadarrama mountain range.

Another renowned open air space for madrileños is Casa de Campo, a park with more than 1700 hectares of land. They love visiting it because of its natural paths and the biodiverse noise from animals. 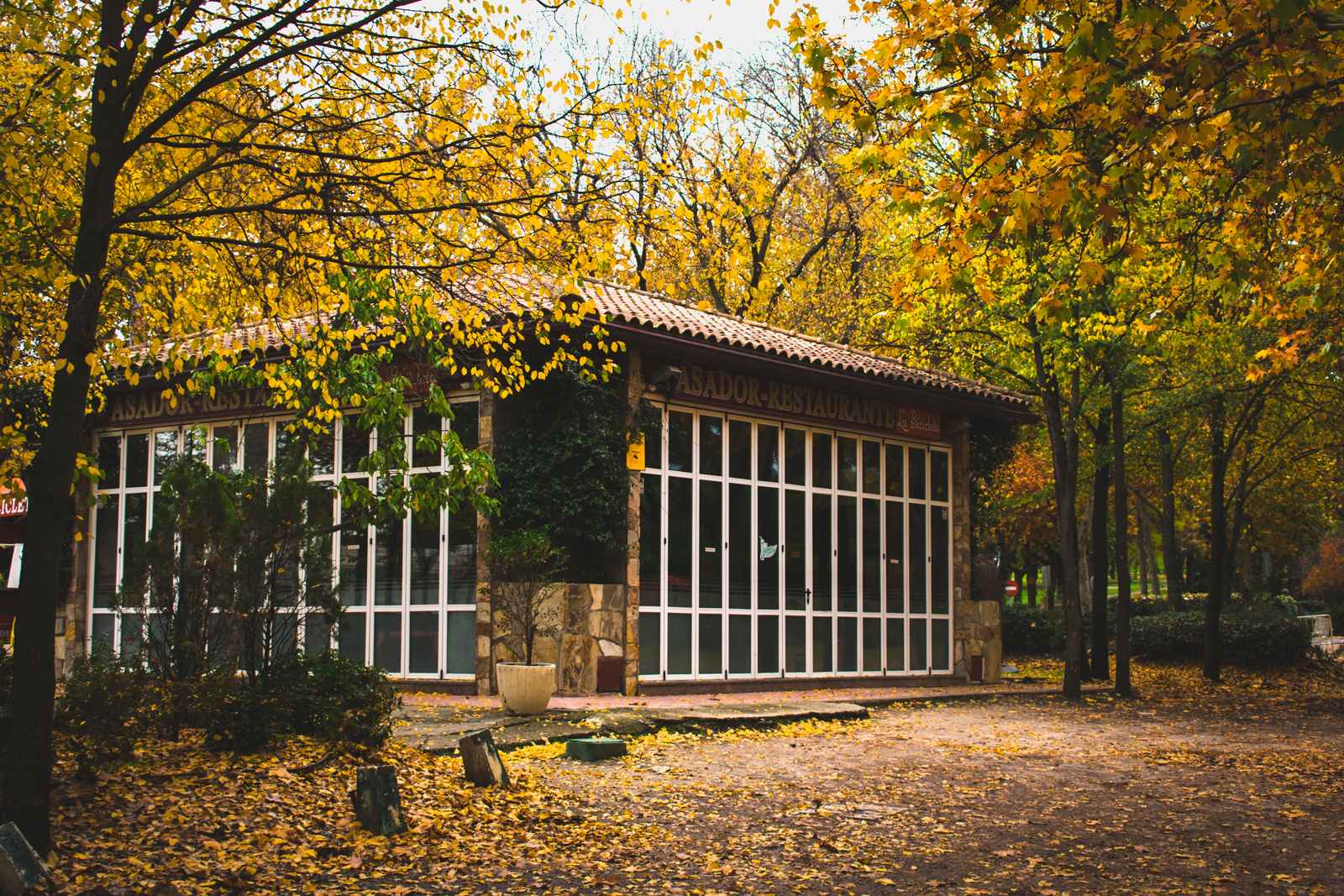 Do not forget to use this map to check the three different routes that the Madrid city council has created. You just need to rent a Mountain bike to start pedaling over 13 kilometers per trail.

What about their difficulty? It’s on a low-medium table. In case you prefer renting public bikes, there are concrete paths to ride these electrical & environmentally friendly ways of transport.

Which spots would we recommend you on the way?

If there exists something by which Spaniards are well known, that’s their gastronomy. There are 174 Michelin star restaurants in the country. Moreover, the products they use come from traditional markets.

That’s the reason why we would like you to support the local community. Go visit Mercado de la Cebada. You’ll love their fresh & organic products, sold by emblematic stall owners and friendly sellers. Furthermore, you should know that restaurants are observing how trendy these traditional markets are. They opened small street food like restaurants in its interior. Delicatessen for all budgets, from olives to fresh anchovies.

7. Bar hop in a tapas area known as Ponzano

Following out gastronomic editorial ideas, there are two important areas among locals for weekends’ tapas & bar hopping. The first of them is La Latina. The exact streets are Cava Baja, Cava Alta, and their surrounding ‘plazas’ (squares next to Mercado de la Cebada). Secondly, we would find Calle Ponzano.

It’s in this last one, where the restaurant owners have created a cool concept. The experience is called ‘ponzaning’. It consists of hopping from one bar to another, tasting their different pinchos, tostas, and drinking at the same time.

Calle Ponzano is located in Chamberi district, one of the coolest gastronomic areas in Madrid city. Don’t forget to taste their Ribera and Rioja D.O wines.

Related: What is Spain known for?

8. Purchase contemporary art at any of the modern art galleries in Doctor Fourquet street

We know that alternative travelers usually purchase a gift when visiting other cities. That’s the reason why we thought it could be a great idea to include Calle Doctor Fourquet on this offbeat Madrid checklist.

Contemporary art is the most important reason for you to visit this road located in the Lavapies neighborhood. It’s close to Reina Sofia, the national modern art museum in town. There are exhibitions of many kinds, including but not limited to photography, sculptures, and urban art.

For instance, you could visit any of the following galleries:

As an alternative suggestion, we would recommend you to visit them while Madrid’s Art week, which usually takes place in the last week of February/beginning of March. At the same time, you shouldn’t miss Photo España, Spain’s most important event of its kind. It takes place all around the country!

According to our experience, almost 100% of the travelers who get to Madrid by plane, go directly to their accommodation either by bus, metro or cercanias (intercity trains). What they probably don’t know up to date is that there exists a very beautiful garden close to Madrid Barajas airport.

Parque del Capricho is in Alameda de Osuna. It features Spanish artistic-cultural heritage from the XVII century. What will surprise you most is its Civil War bunker! In addition, cherry trees blossoming are an exhibition themselves.

If you fancy, join any of the official guided visits led by historians. Among other stuff, they’ll show the rich fauna & flora existing in the park.

One of the most popular outdoor celebrations is Madrid Orgullo (Madrid Pride). This event is celebrated usually in the first week of July, with a really good atmosphere.

Music RVs (Recreational vehicles) and trucks fill the audience up with loud music along the way. Thousands of people attend the event, which goes from Atocha square to Plaza España, via Prado, Recoletos, and Gran Vía. It also crosses by Chueca.

This district is known for its LGTBIQ friendliness. Locals are open-minded and free of prejudice. There are a few terraces in the area, where you could have a drink with your friends. Chueca is also famous for its fashion. Go check the following places out!

This is just a small taste from a city that never sleeps. Furthermore, Madrid is known either by its night plans or day activities. 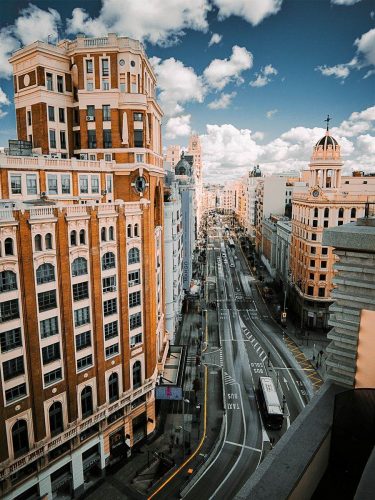 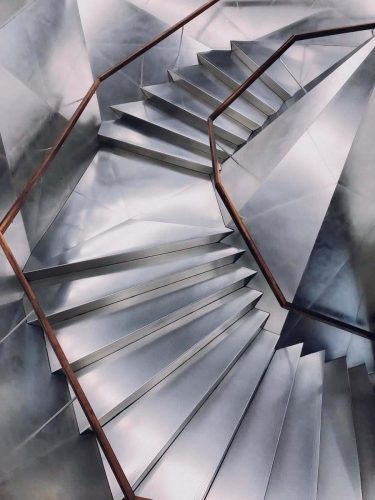 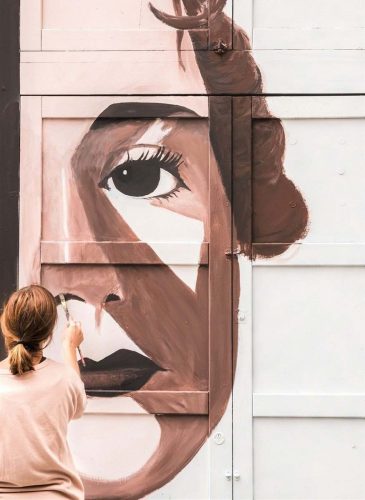 It’s important to recognize those areas which have made a change in people’s lives. It is thanks to art, culture, and education that the city is the most visited in Spain.

Last but not least, we would like to recommend a couple of spots where to listen to the best electronic music in town. The first of them is called Mondo Disko (Calle Alcalá, 20). It opens at midnight, every Thursday and Saturday. The most famous international DJs usually play at Mondouna (Laurent Garnier, Ben Sims, Black Madonna…).  The other one is called Goya Social Club. A younger vibe dances deep house!

About the author: Javier Garcia is Cooltourspain’s CEO, a local project which runs specialized street art tours in Madrid. 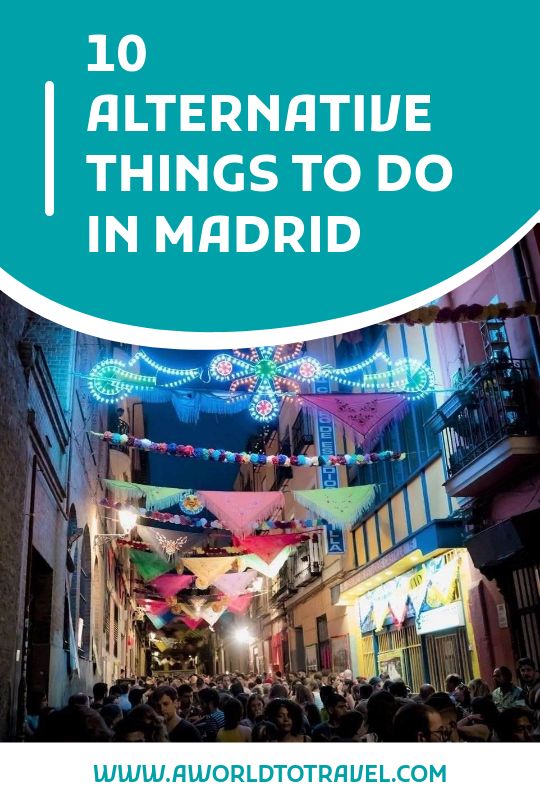