While everyone is flocking to Morocco, its neighbor, Tunisia, is left untouched by mass tourism. The country has a lot to offer, from a diverse culture to a rich history, there are tons of things to discover in Tunisia. 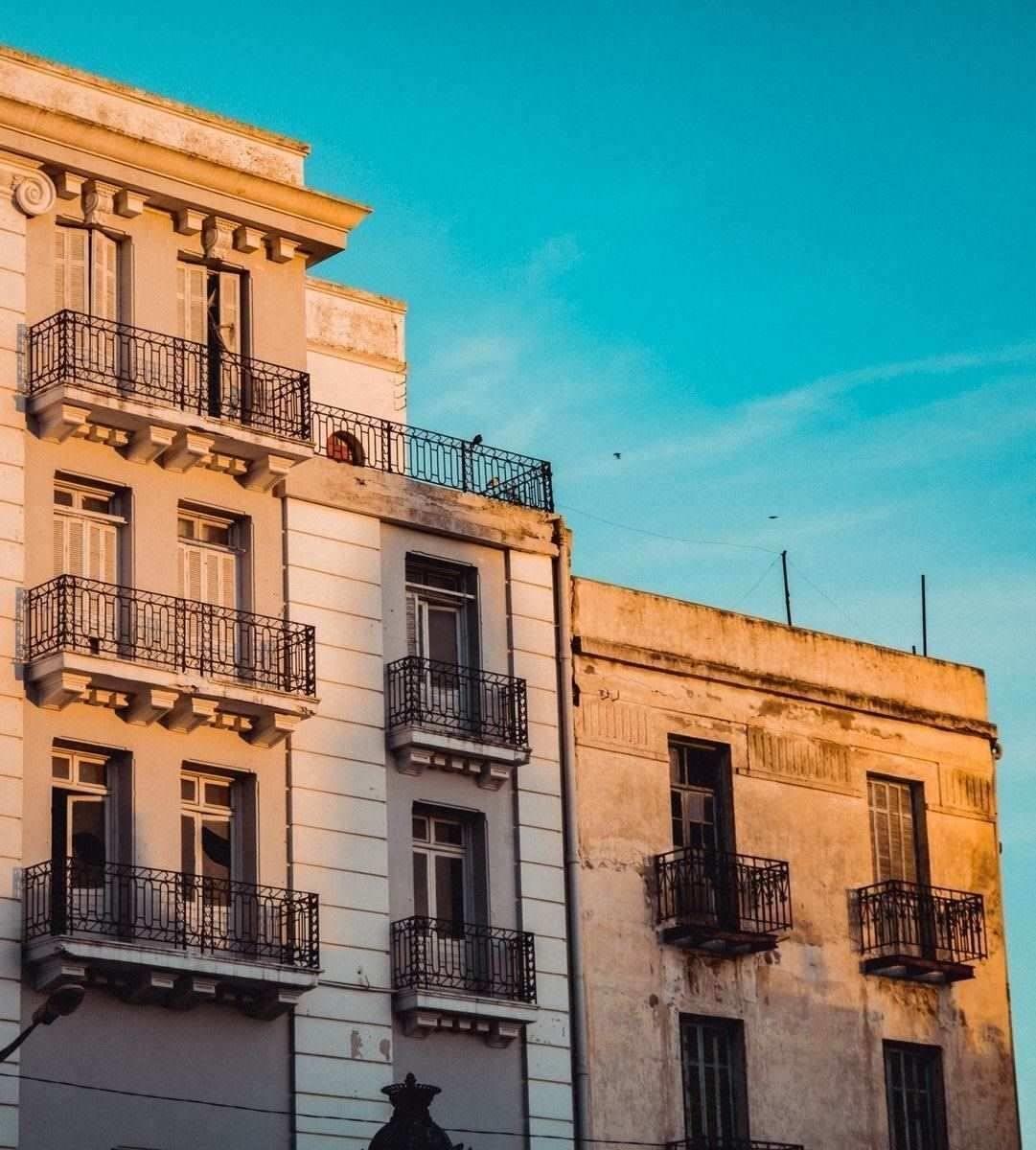 This northern itinerary will take you to ruins from past civilizations, deserted beaches, and picturesque cities. 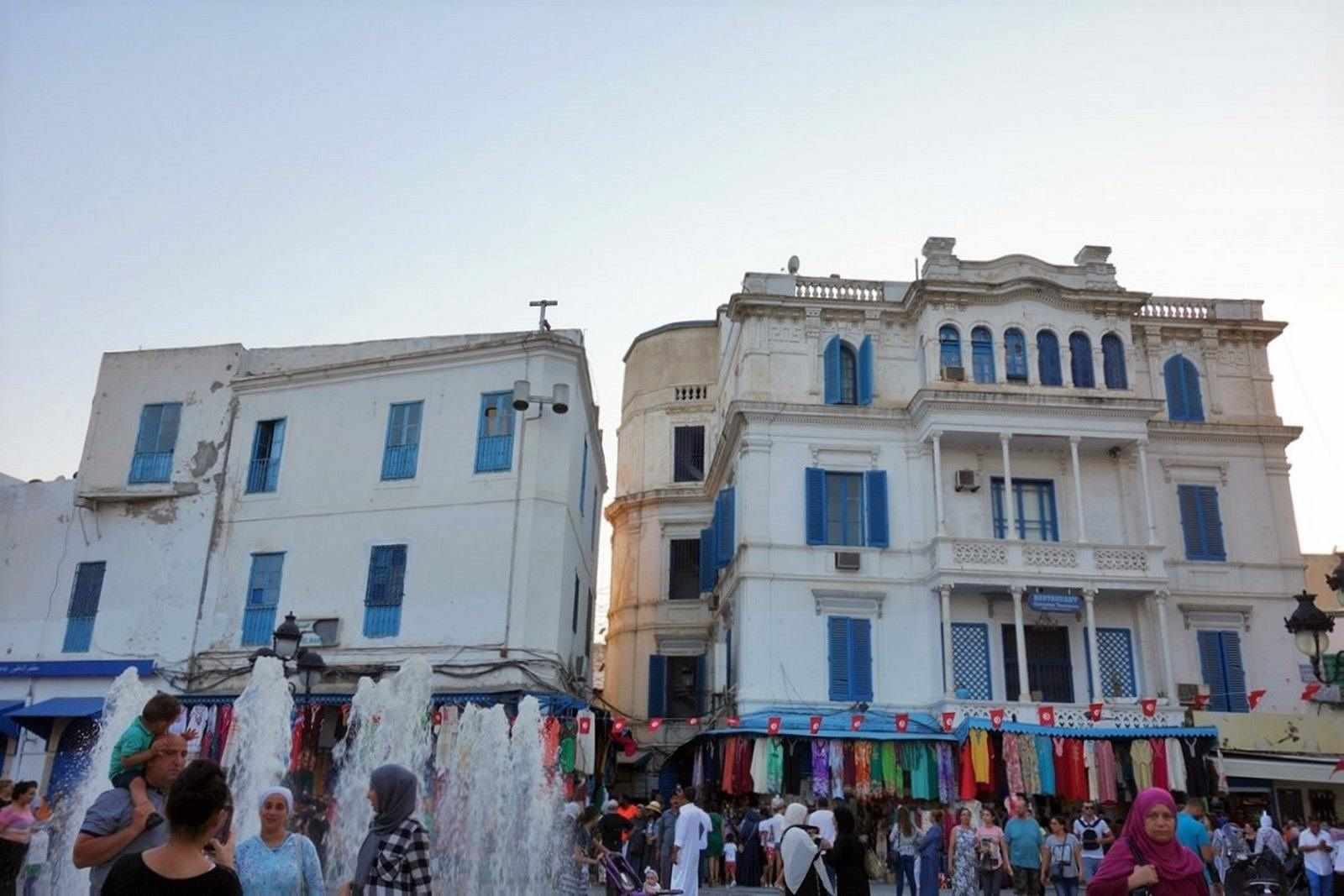 Tunis, the capital, is a bustling city at the crossroad of modern and traditional living, The best place to visit is its medina, a UNESCO world heritage site. Medinas, meaning city in Arabic, were built by Arabs during their conquest of Africa. The medinas were fortified and always included a Ribat and/or a Kasbah (forts), and the souk (market). Medina now refers to the historical part of the town.

The medina in Tunis has been incredibly well preserved. Don’t hesitate to get lost in this vast maze-like structure. Don’t miss the souk, where each street is reserved for a specific trade. Unless you’re a great bargainer, I advise not to buy anything there. Also, make sure to leave before sundown.

Inside the medina, you should also visit one of the many roof-top cafes and try their mint tea. From there, you’ll get a view of the whole medina.

In Tunis, you can also visit the Bardo museum, Africa’s second-biggest museum. The museum retraces the country’s history through an impressive art collection from the Prehistory all the way to the Middle Ages, from the first tools to the Islamic Arts. The museum also boasts one of the world’s most exquisite Roman mosaics collections. 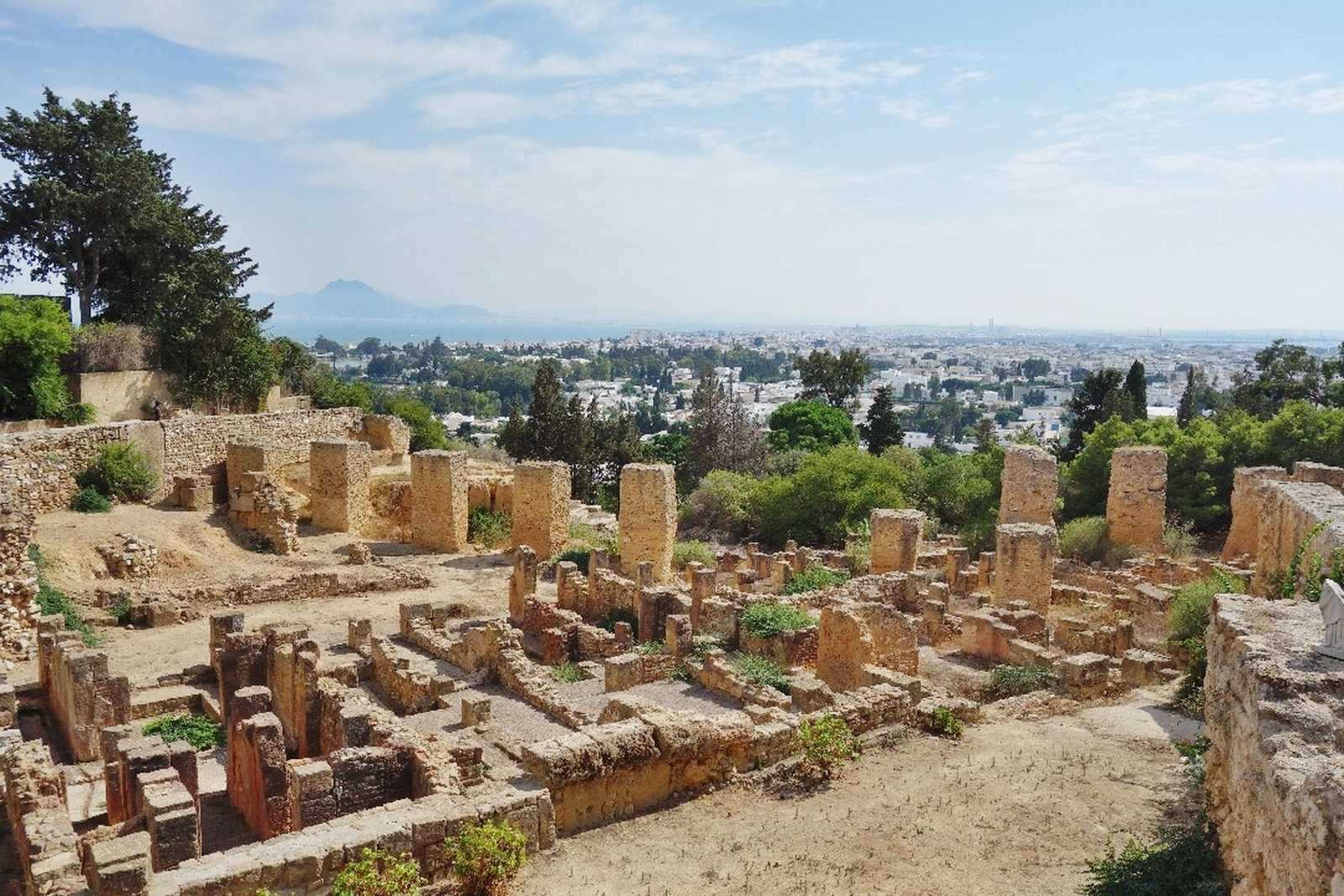 Start your second day visiting Carthage, Hannibal’s ancient capital. From Tunis, you can take the train or a cab, it takes around 20 minutes to get there. You can do everything on foot, or you can hire a cab or rent bicycles.

Carthage used to be a vast empire that defeated Rome for a long time. At some point, it controlled most of the Mediterranean basin. During the 4th century BC, the Empire reached its pinnacle until 149 BC when Rome attacked and defeated Carthage.

The Romans destroyed most of the city and installed themselves there. From the Carthage Empire, only the Byrsa quarter remains and the Tophet, a cemetery. The other ruins you can visit today are from the Roman Era.

Here are a few sites you shouldn’t miss: 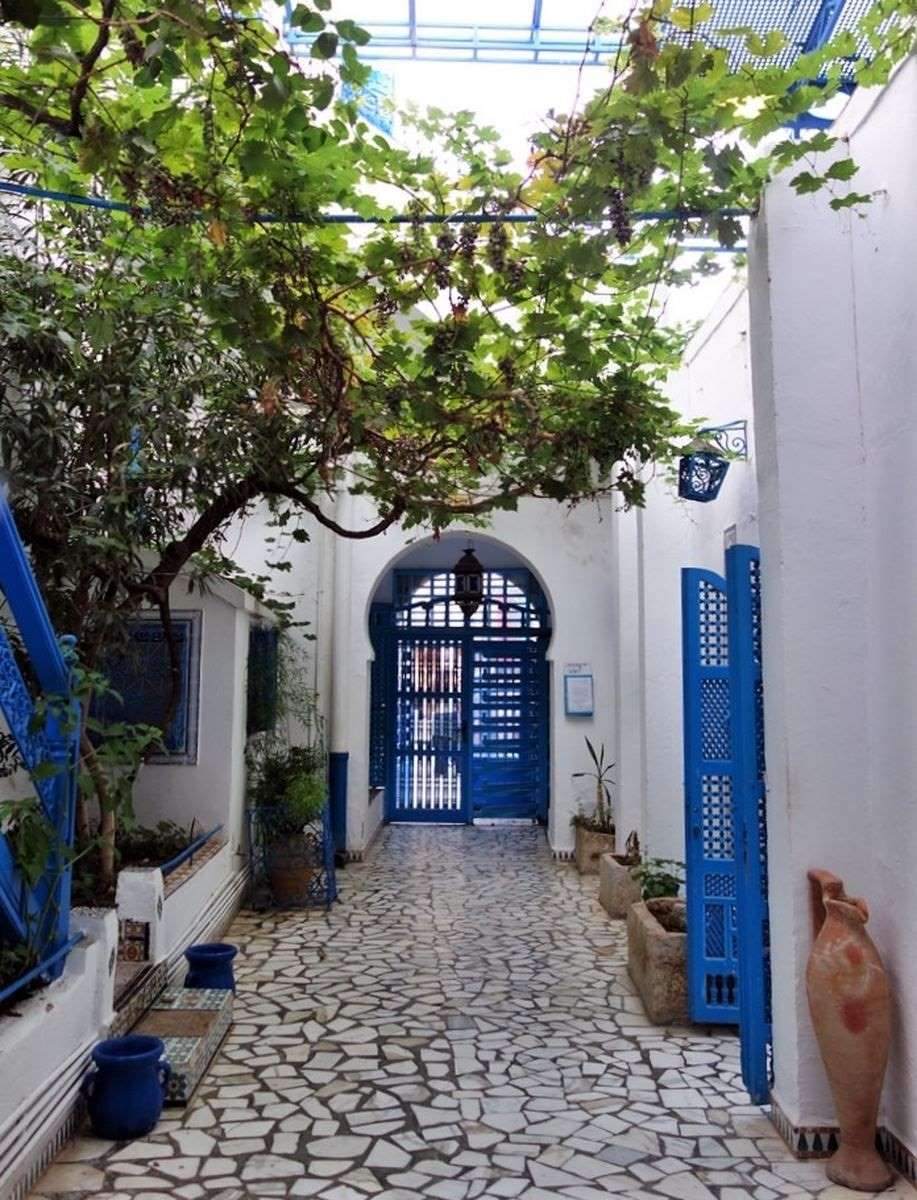 There, time seems to have stopped, everything is white and blue, and jasmine perfumes the air. Take a stroll around the paved streets and have dinner in one of the many restaurants facing the sea. You can also have drinks in one of the rooftop bars.

While in Sidi Bou Said, you can visit the Arabic and Mediterranean Music Center and the Dar El-Annabi, both traditional houses.

On your third day, rent a car in Tunis and head for the Cap Bon, a popular beach destination among locals. Even in winter, it’s worth visiting, the cap offers spectacular scenery and breathtaking landscapes.

Make your first stop in Korbous, famous for its many hot springs full of healing properties. The most popular is the Aïn-Atrous hot spring. You can also trek along the old Soliman road, near the cliffs.

Next, head to El Haouaria and its ancestral Punic caves. The full cave system is enormous, but only a small part of it can be visited. It used to serve as a rock carrier and most recently as a hiding spot for soldiers. The caves got famous because one of the rocks there looks like a camel. The area around the cave is pleasant, located right by the sea. There are no beaches, but you can swim, the water is really clean. There’s also a restaurant, facing the sea, serving fresh grilled fishes and other local delicacies. 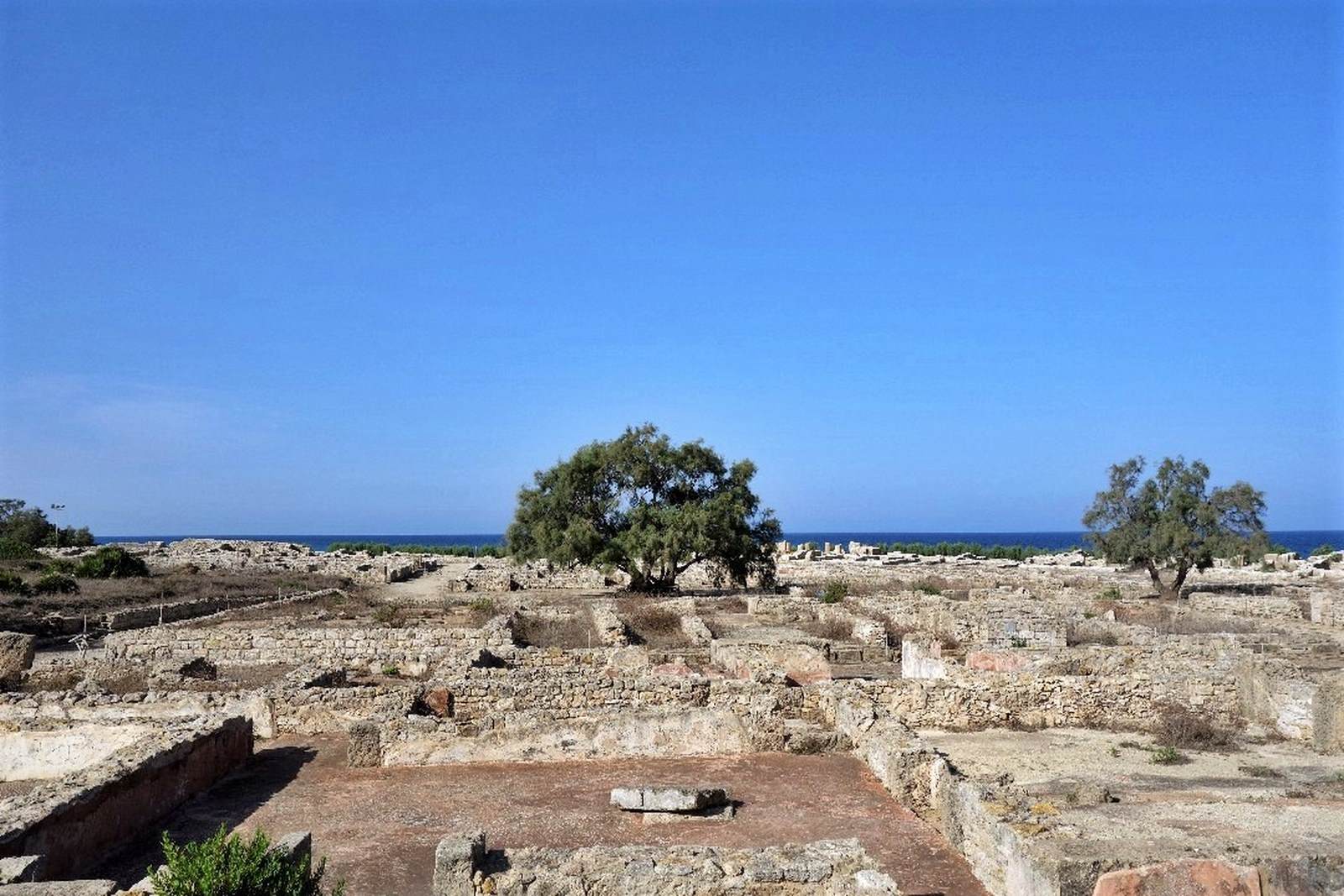 Then, stop in Kerkouane, a UNESCO world heritage site and ancient Punic City from the 6th century BC. Because of its remote location, Kerkouane has been incredibly well preserved. Only the foundation remains, as well as some drawings. You can imagine really easily what the city used to look like. The site is really peaceful, facing the sea, with few people visiting it.

Spend the night in Kelibia. The next morning, visit the city and its Byzantine Fortress from the 6th century. If the weather is nice, you can go to the beach. The most beautiful one in this area would be Mansoura beach.

Then, head for Nabeul, a popular beach destination. On the way, don’t miss the hoards of pink flamingos (in March and April). Nabeul is known for its crafts, especially mats and potteries. You can visit the souk and the Quartier des Nattiers to have a look. The Archaeology Museum and the Neapolis from the Roman Era are also worth a look.

Your last stop for the day is Hammamet, where you can enjoy the beach and the busy nightlife. The medina should be visited, as well as the 9th-century fort and the Dar Khadija Museum. 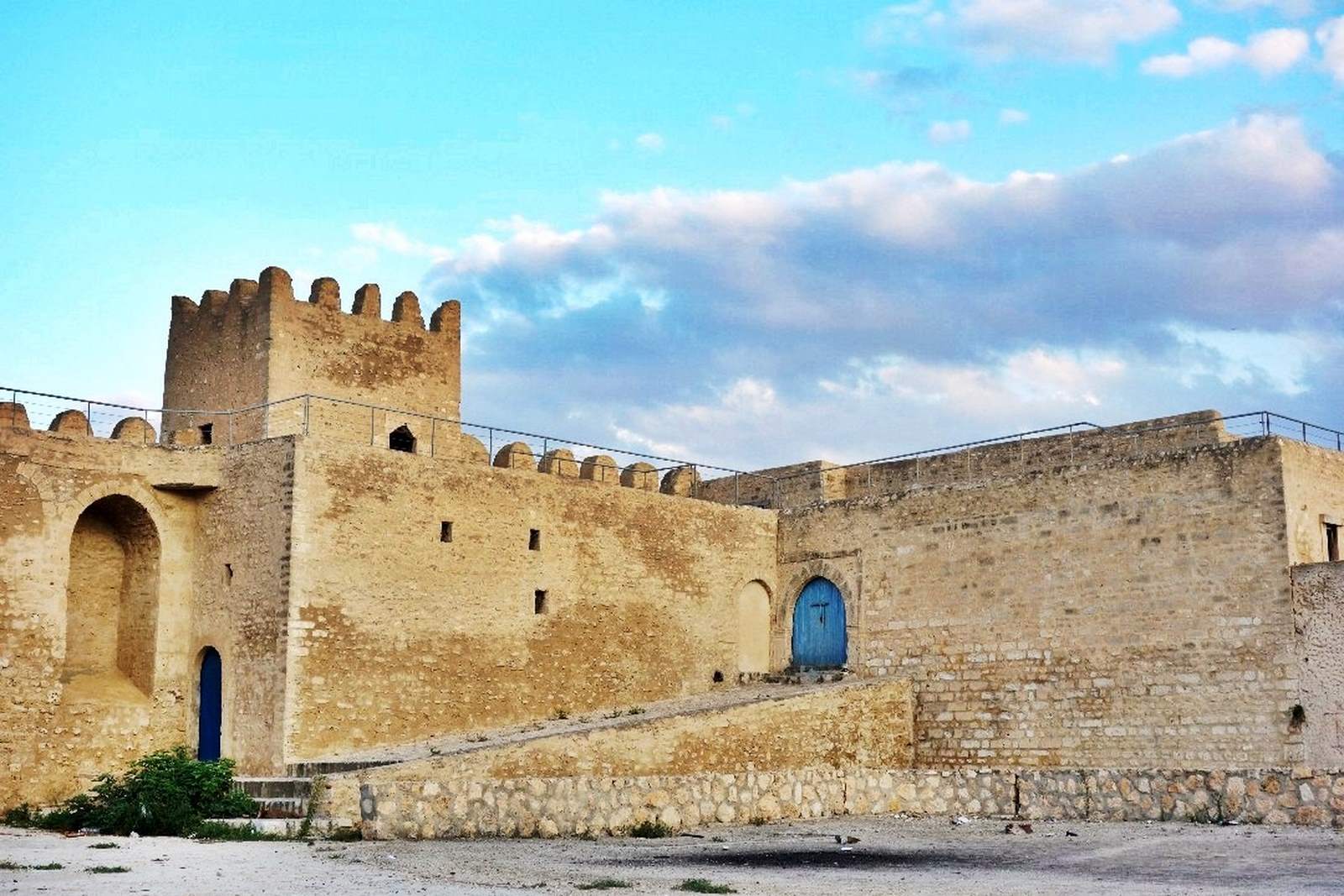 The next morning, head for Sousse, Tunisia’s third-largest city. Its medina is a UNESCO world heritage site.

Sousse was founded in the 9th century BC by Phoenicians seamen. The medina was added by the Arabs during the 9th century. While there, you should visit the Great Mosque, the ribat, the Archaeology Museum, and the Dar Essid. 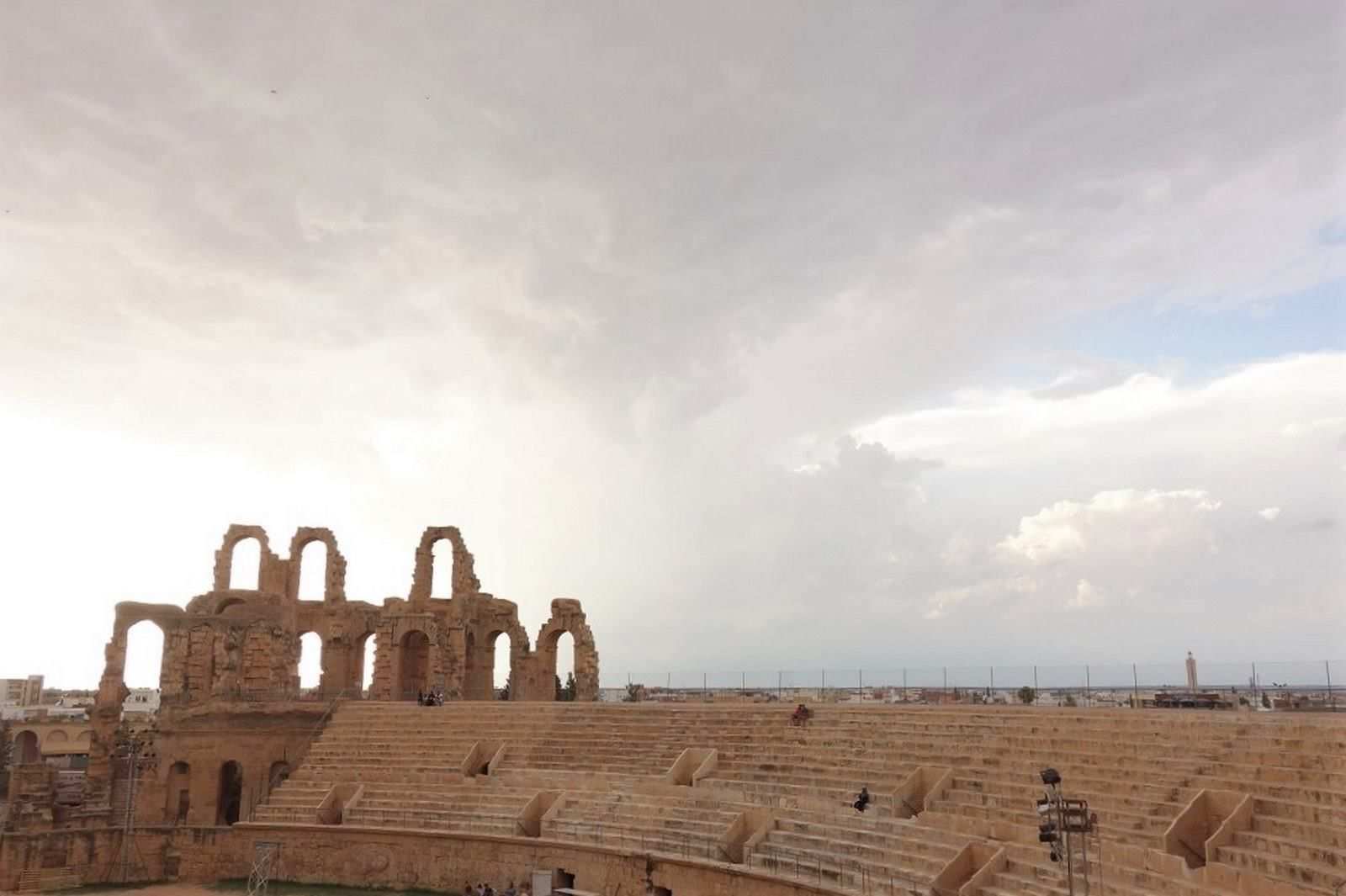 In the afternoon, visit El Jem, the world’s second-biggest Roman amphitheater left standing. Built at the beginning of the 3rd century by the Roman, 150 years after the one in Rome, El Jem benefited from enhanced building techniques and blending of different architectural styles (Punic, African, and Corinthian). It has been well restored, and like many sites in Tunisia, it’s not crowded with tourists.

In El Jem, you can also visit the Archaeology Museum, featuring artifacts and mosaics excavated from nearby ruins, mostly Roman houses.

Kairouan is Tunisia’s religious capital. It’s also an important place of pilgrimage for Muslims. Nicknamed the 300 Mosques city, Kairouan was founded in the 7th century when Islam started expanding in North Africa.

There are many mosques and zaouïas (Islamic religious schools and saint’s mausoleums) to visit inside the city. The medina is one of the cleanest you’ll see, every building and houses are beautiful and typical of local architecture. Don’t miss the wooden doors featuring intricate Muslim symbols.

Kairouan is also known for making the best makroud in Tunisia. Makroud is a pastry made of dates, semolina, and honey.

On the next morning, start your day visiting Dougga (or Thugga), an ancient Roman city, and a UNESCO world heritage site. It’s one of the most beautiful Roman-African sites left. It has been incredibly well preserved and is surrounded by nature, left untouched for centuries. Allied with Rome during the Carthage War, it’s one of the few cities that didn’t get destroyed. Contrary to most sites, it was never really abandoned, people continued to live there until the 20th century when archaeologists kicked them out. 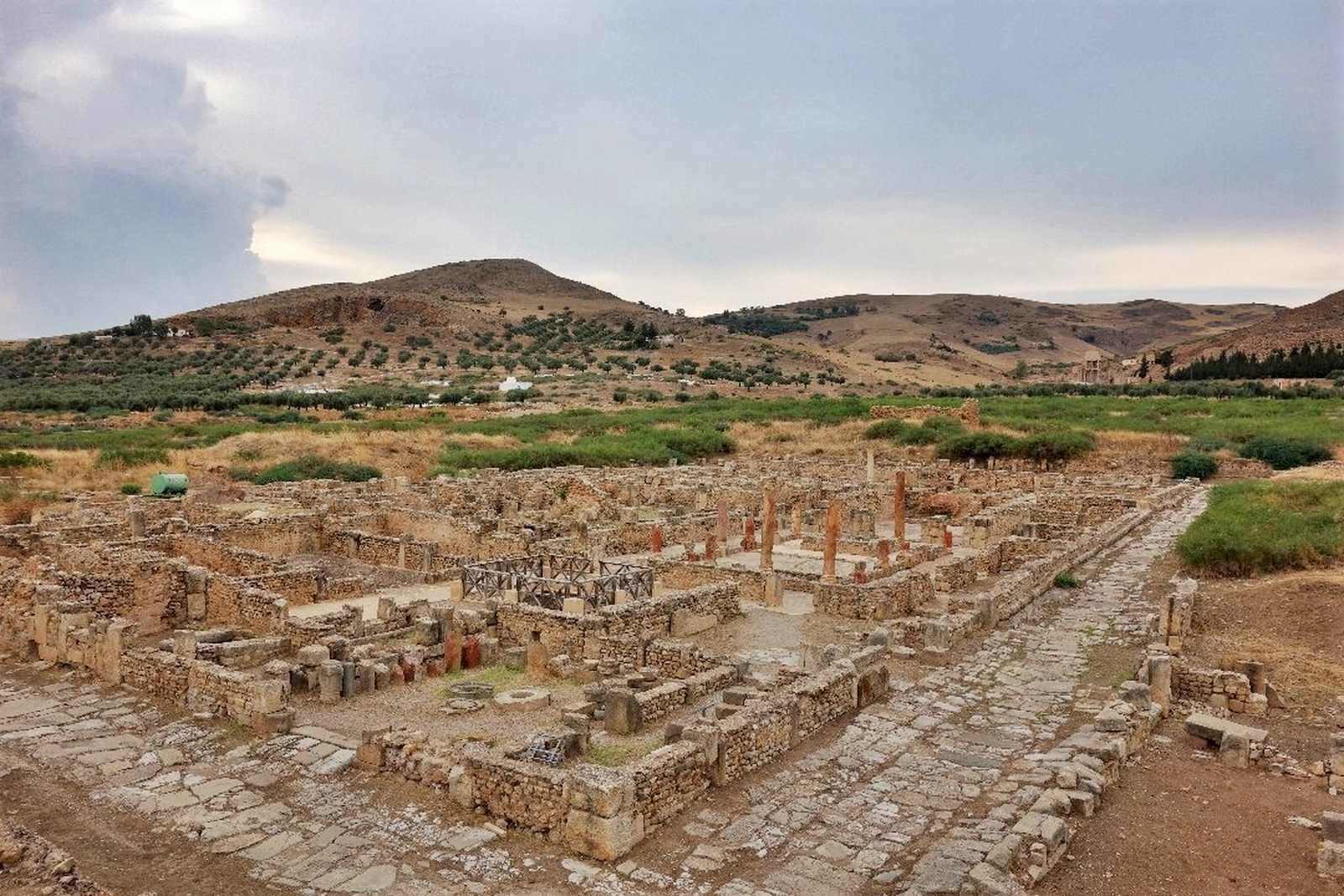 Next head to Bulla Regia, another important Roman city. Although smaller than Dougga, the site is as impressive. Look around for forgotten mosaics, throw some water on them to revive the colors. An interesting key feature of Bulla Regia, and what made it famous, is the subterranean houses. To protect themselves from the heat in summer and the cold in winter, Romans built their homes underground. Most of them are still intact and can be visited.

In the evening head back to Tunis. 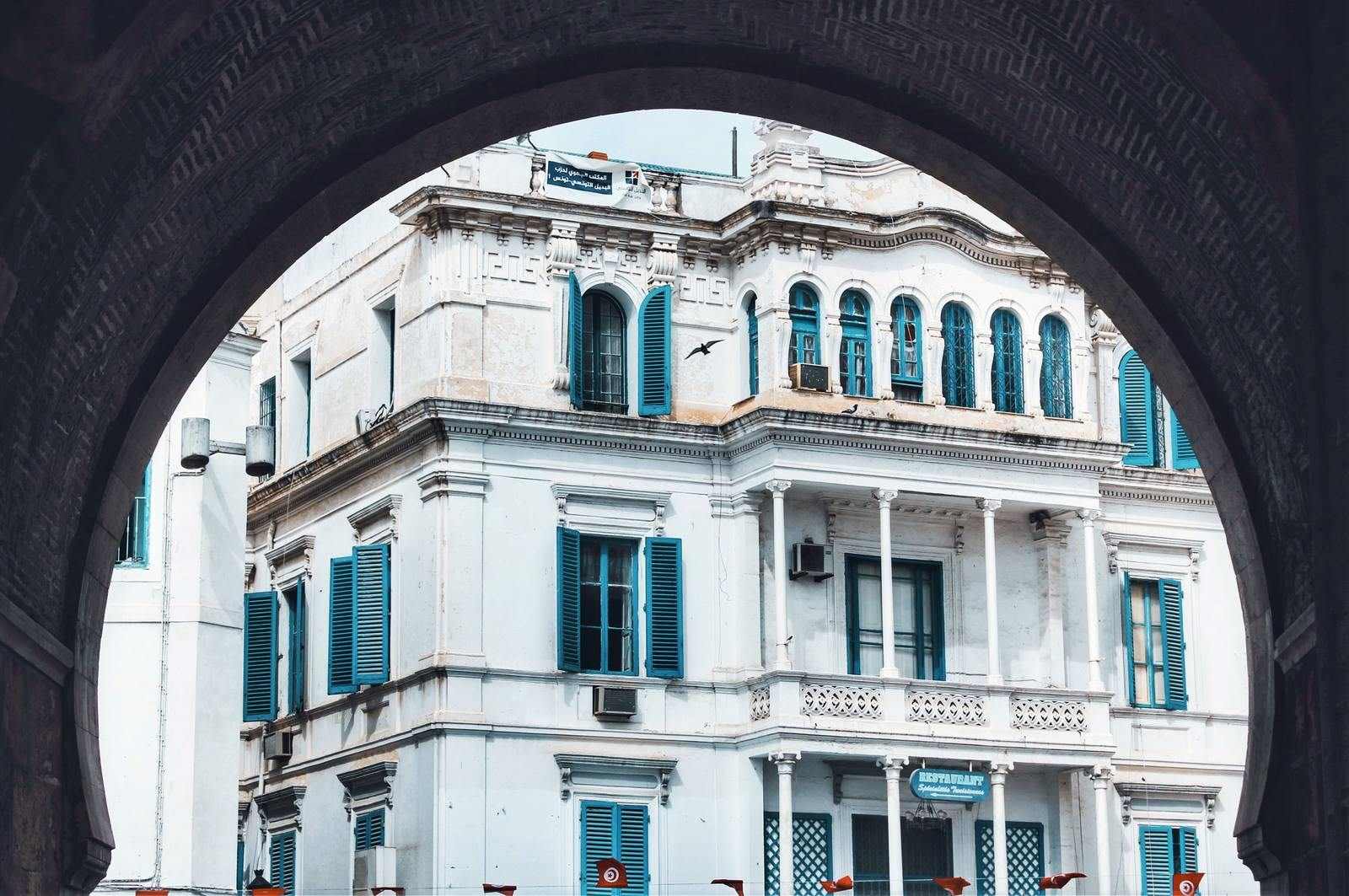 Advice for travelers in Tunisia

Related read: Best countries around the world for food

Budget for a Tunisia road trip 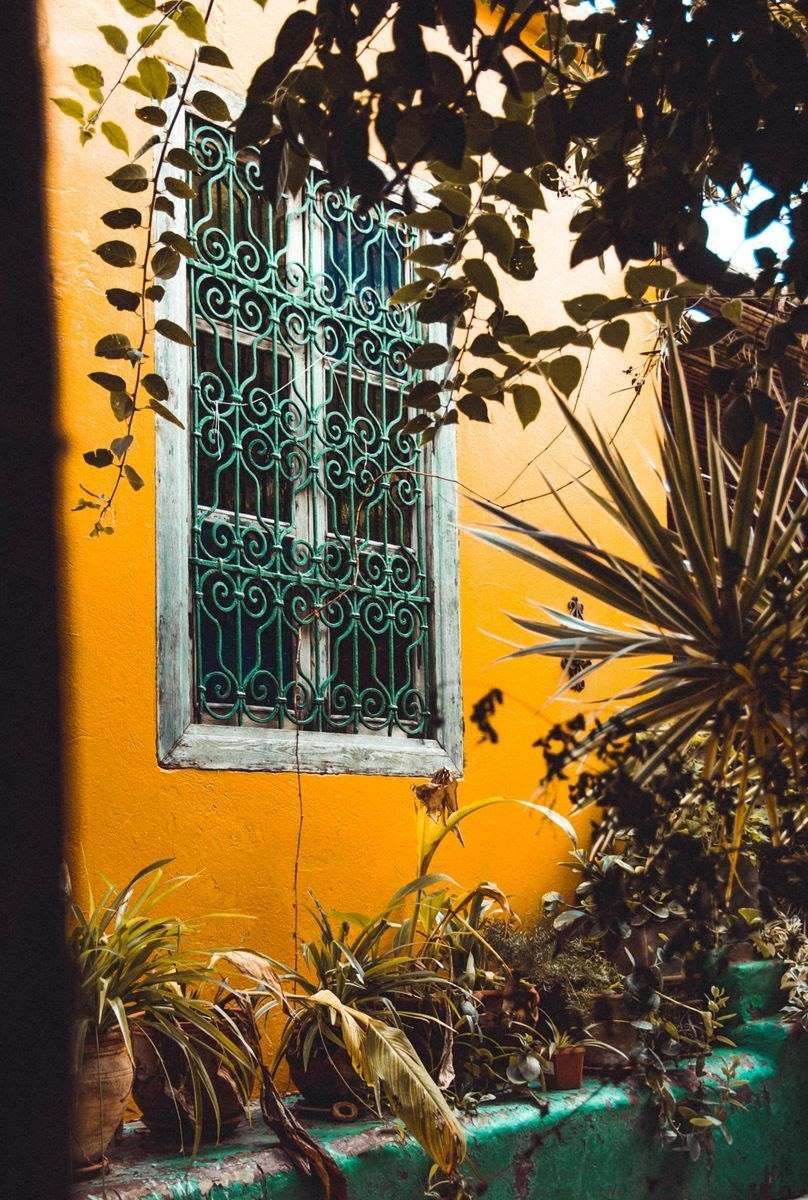 Prices are usually low, depending on your style of traveling you could spend between 20 to 50USD a day per person.

Julie has been traveling full time since 2016 and is always on the lookout for great destinations and travel hacks. She shares her best travel experiences on her blog Julie Around the Globe and aims to inspire others to travel more and to places less known.