Almost 20 countries visited in 3 different continents, two Asian bounds, some expat and freelance jobs and many trips together but also a lot of solo traveling later, have a look to what we were up to during the last 12 months, our second year of travel blogging.

One of our most hectic months ever when we stepped on more countries than we’d recommend to anyone and did way too much cool stuff. It was fun after all!

At 1am, the main Street Party got to an end and party goers moved to the Grassmarket area.

We started the year attending The Concert in the Gardens as part of the successful Blogmanay campaign in Edinburgh, Scotland.
Soon after, we filled our January,1st with the madness of Loony Dook and Scot.Lands Festival in self induced sleep deprived conditions… 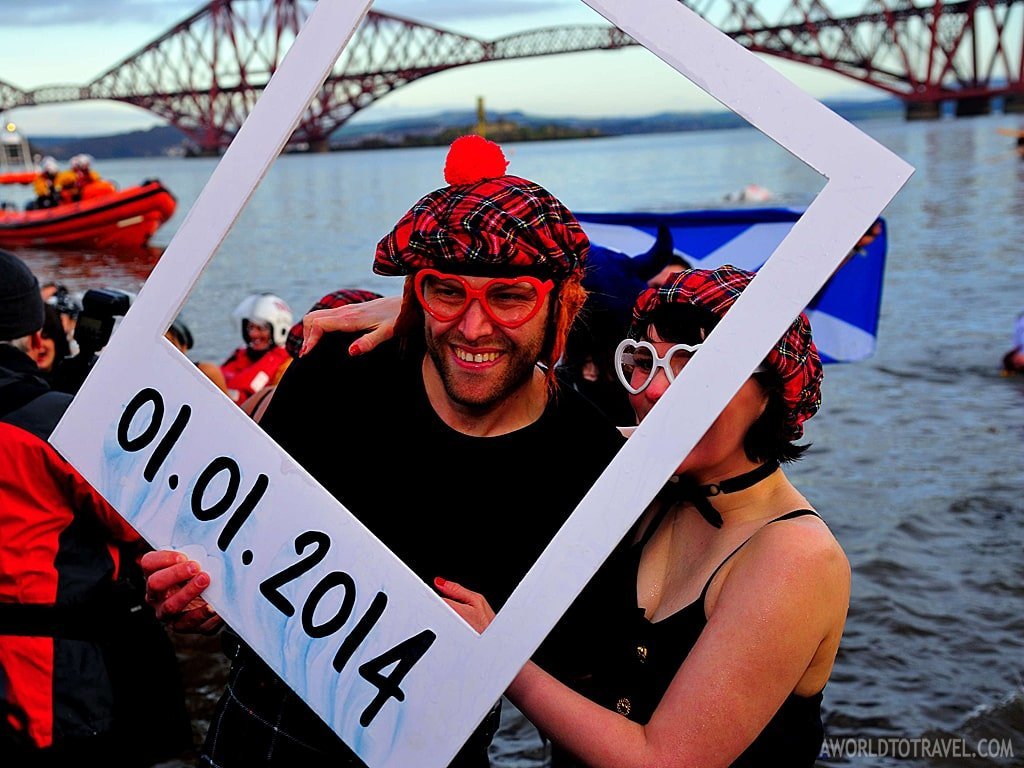 before heading to the Scottish Highlands and Isle of Skye on a Haggis Adventures tour. 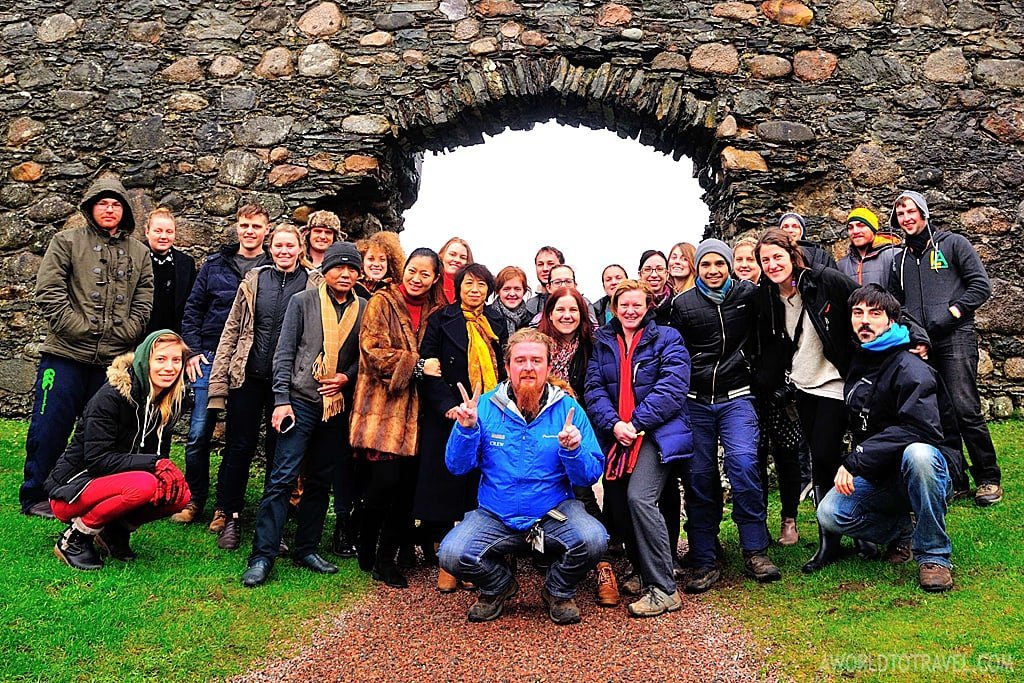 Not long after arriving back to Spain, I travelled to the Nordic Bloggers Experience that took place in Finland.
A trip around the Kimitoon Archipelago where I got to ice skate on a frozen lake, explore the frozen waters of the islands as well as Hogsara, Kasnas and more were the starting point of Matka Fair in Helsinki. As usual in these events, there was a lot of business, networking, conferences, speed dating sessions and party. 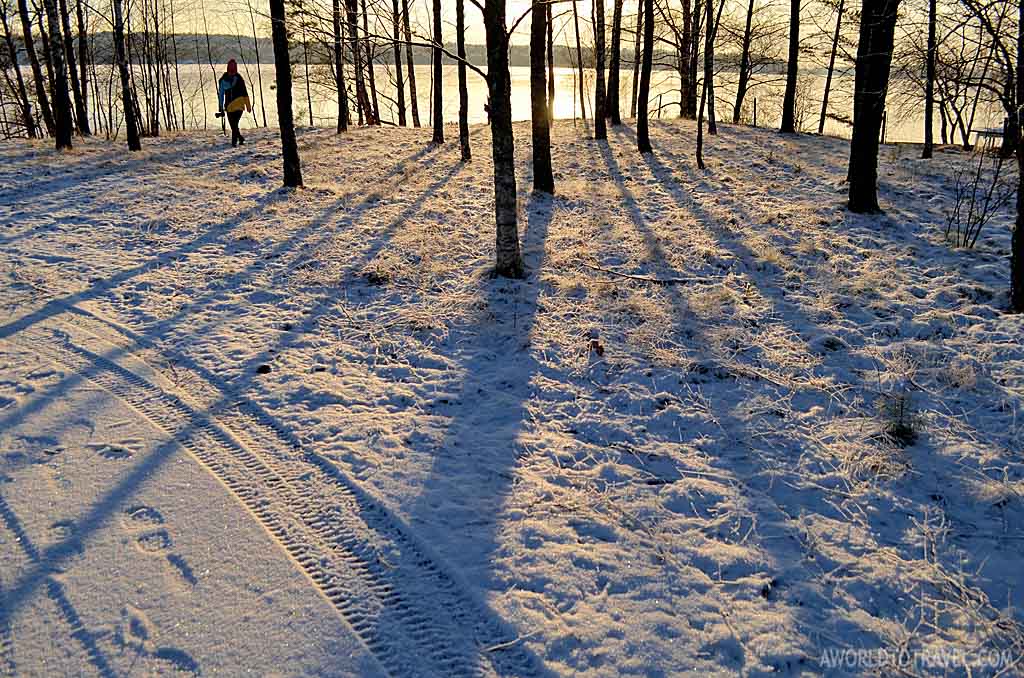 Right after, I visited Riga to celebrate with the city its new status as European City of Culture in 2014. The book chain from the oldest library to the new castle of light in the other side of the river was epic. As well as the ceremony that took place the same day at night where fire, performances and music filled the city. Very cool. 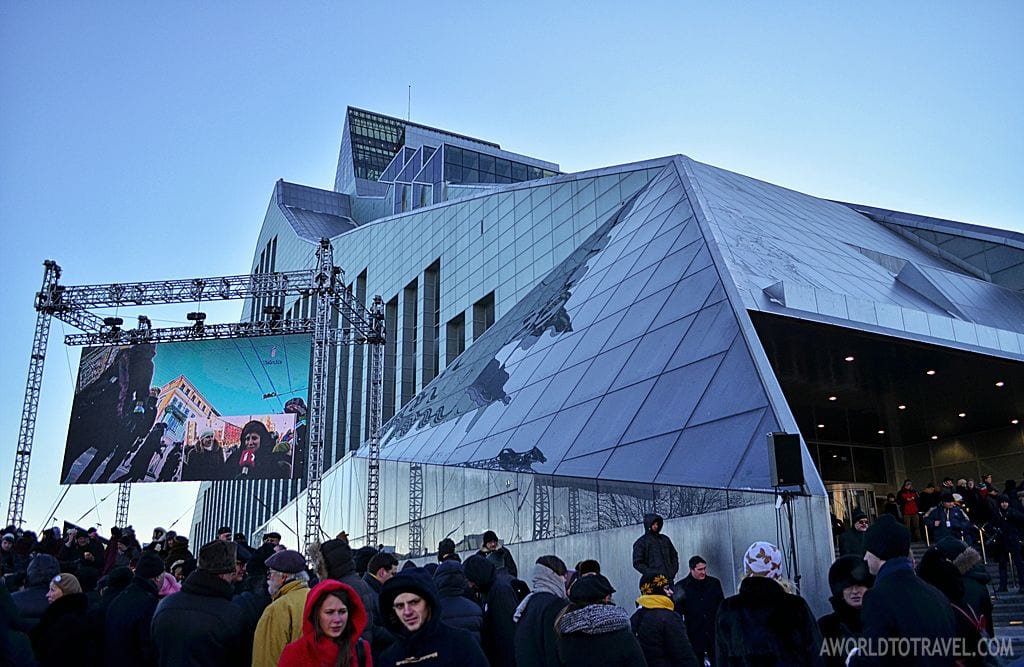 The German capital city was the perfect stop in between Latvia and going back to Spain. Just a couple of days in town that we highly enjoyed. As I have already said in many other occasions, this city is one of the five I would instantly move to. Wanna know the rest?
This time Berlin was ice cold and it even snowed while we were there. But it was way worth it! 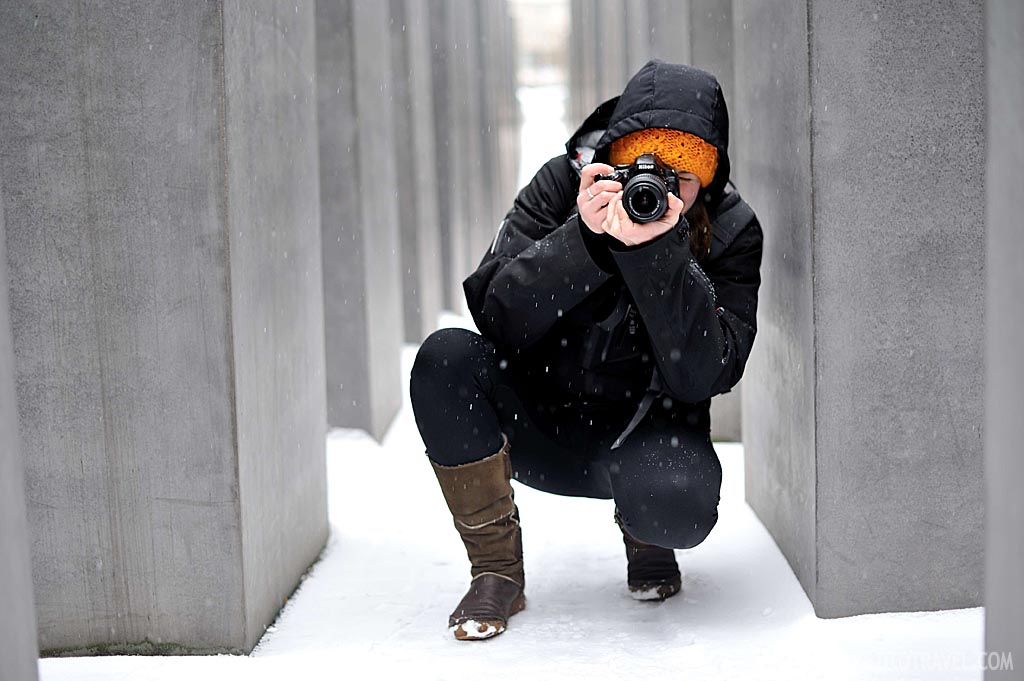 And it was again time for FITUR, the Spanish Travel and Tourism Trade Fair that takes part in Madrid.
Last year it got me a 17 day trip to Mexico after winning a writing contest and two nights in Berlin as a first timer good luck perk. This year, it was all about meeting and catching up with old and new friends. Oh well, I also got 2 nights in Granada thanks to a weird Instagram post which I still need to allocate.. so many things and so little time!!!

Have you ever been to #Madrid?
Well, you should

But this crazy month wasn’t over yet.
To end it up in style, we travelled all the way to Umea, in Sweden, which was everything but warm in Winter. Just how we love it!
Along with Riga, the city was introducing itself to the world as the second European City of Culture in 2014. So many cool events took place in those three days. The town was shining and the world was looking at it. 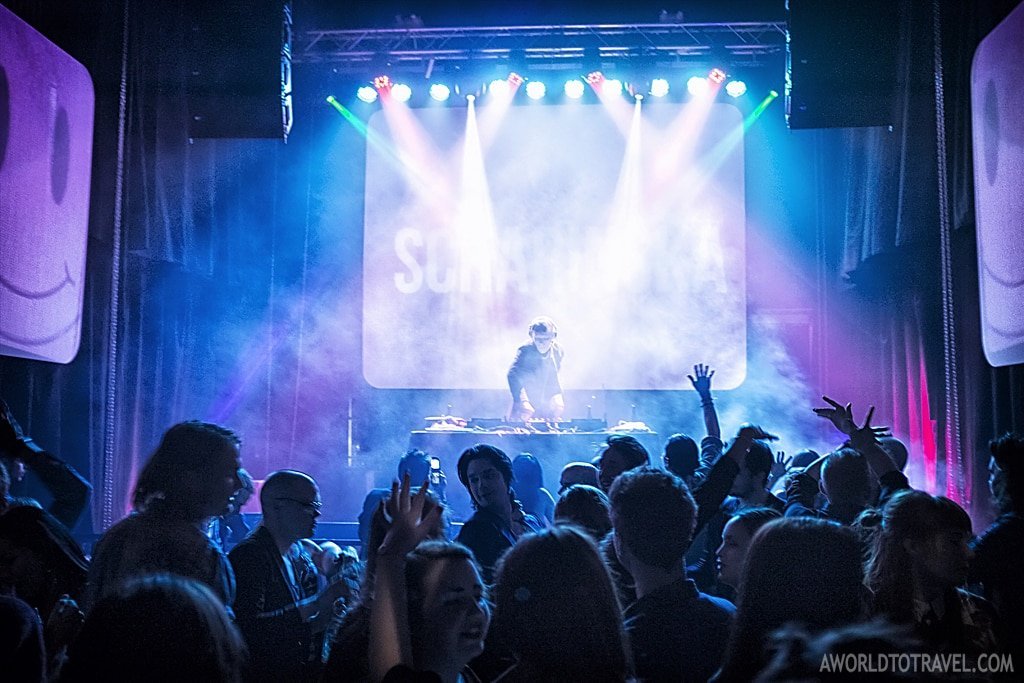 To be honest, I don’t remember what happened in February. I guess we were resting and planning our next adventures.

And thinking of #summer already! Big #travel #plans around the corner 🙂 #Italy #USA #Portugal… #excited! A photo posted by A World to Travel (@aworldtotravel) on May 5, 2014 at 3:59am PDT

No, wait! We stopped in Istambul on our way back from Sweden for two days! That’s it. Sometimes you just need to slow down a bit in order to continue doing what you love the most. 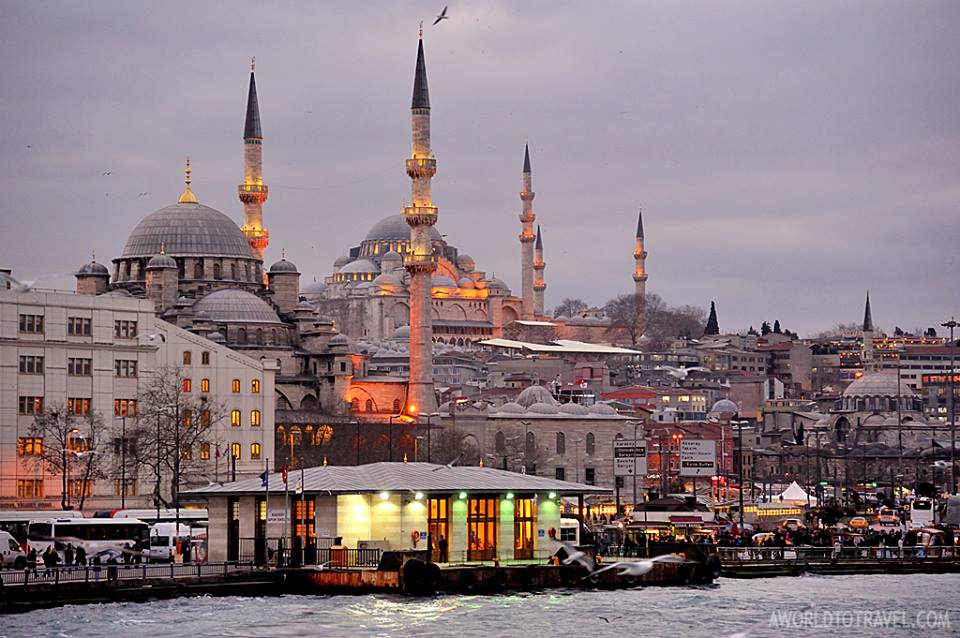 Hello India!
Apart from Turkey, I had never stepped on Asia before. Oh well, again a controversial contest made it possible and, along with other 25 great individuals that happen to also blog about travel, I scored the ultimate trip to Kerala, a region in the South part of the country.
Way too cool to be true I know. Thanks to everybody who voted once again and made it possible! I love you! 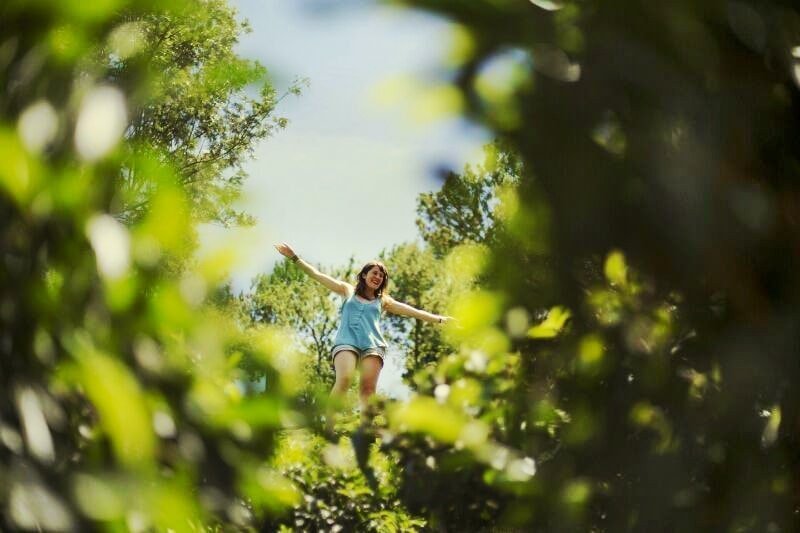 Once the busy Kerala Blog Express days were over, I spent a few days in Cochin – Kerala – and Palolem – Goa – before I continued my Indian journey North after deciding not to spend more than 5 hours in the overwhelming Mumbai.
Jaisalmer – Rajasthan – which stole my heart and the Taj Mahal in Agra lived up to the hype. I also tried my luck in Jodhpur and just rested for a couple of days in Jaipur. It was very hot and I was just exhausted so I kept a low profile and didn’t explore that much. Before leaving the country, I spent the last 24 hours in Delhi and those were clearly not enough to even grasp the surface of the city so I will have to come back sooner than later to this country!

Not many things are as resource saving in terms of money and time than combining two or three destinations in the same trip.
And if you happen to find yourself in the middle of this family conspiracy where up to 8 members of your family including both your parents and brother decide to pay a visit to your other brother who has been living as an expat in Austria at the same time? Well, then it is like heaven.
So instead of flying back to Spain directly after India, I stopped in Germany and made my way to my bro’s home in the idillic town of Dornbirn. From there all the gang explored different spots in Germany and Austria. So freaking cool. Alberto, we miss you!

It truly lives up to the hype. #Neuschwansteincastle

In April, I also started freelancing for a company at the end of the month. Because the idea of living out of your travel blog is truly attractive but it only happens sometimes.

The month started awesomely as the annual TBM Gijon – aka Travel Bloggers Meeting in Gijon, North of Spain – took place. There, more than 100 Spanish bloggers gathered for a weekend filled with talks, networking and fun. Our kind of fun.

At the end of the month, and since I hadn’t make it to Italy for some months, it was time to revisit Emilia Romagna and Tuscany so I headed to Milano Marittima for five days 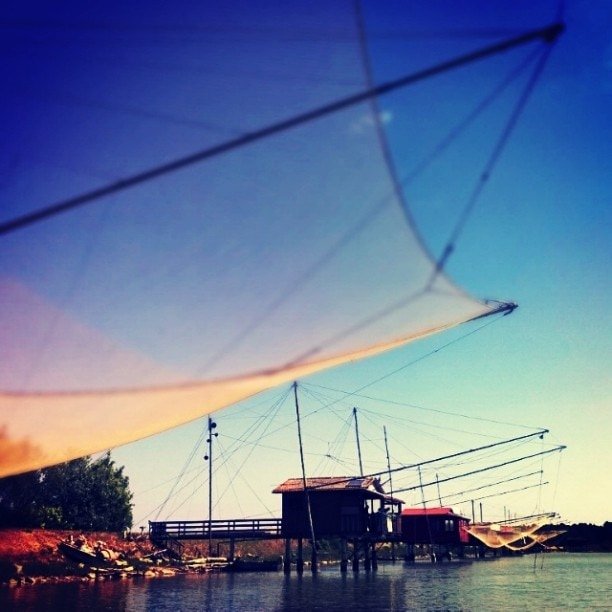 and right after, to Castiglion Fiorentino. 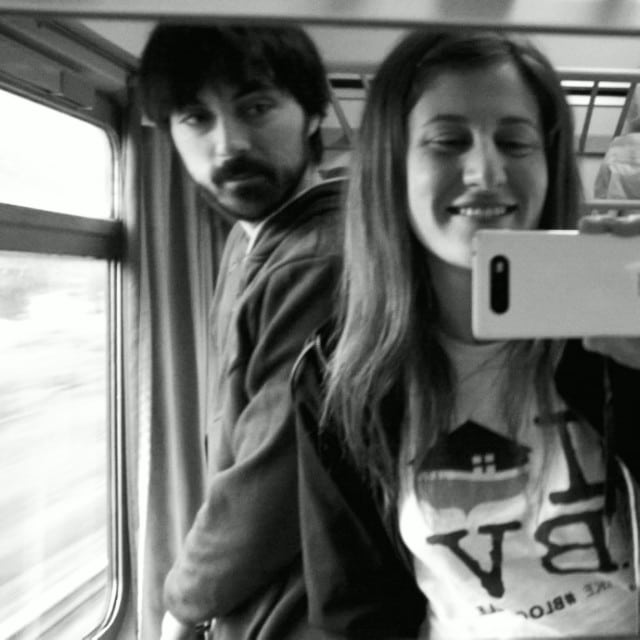 There Jose joined me straight after coming back from his duties in Russia. 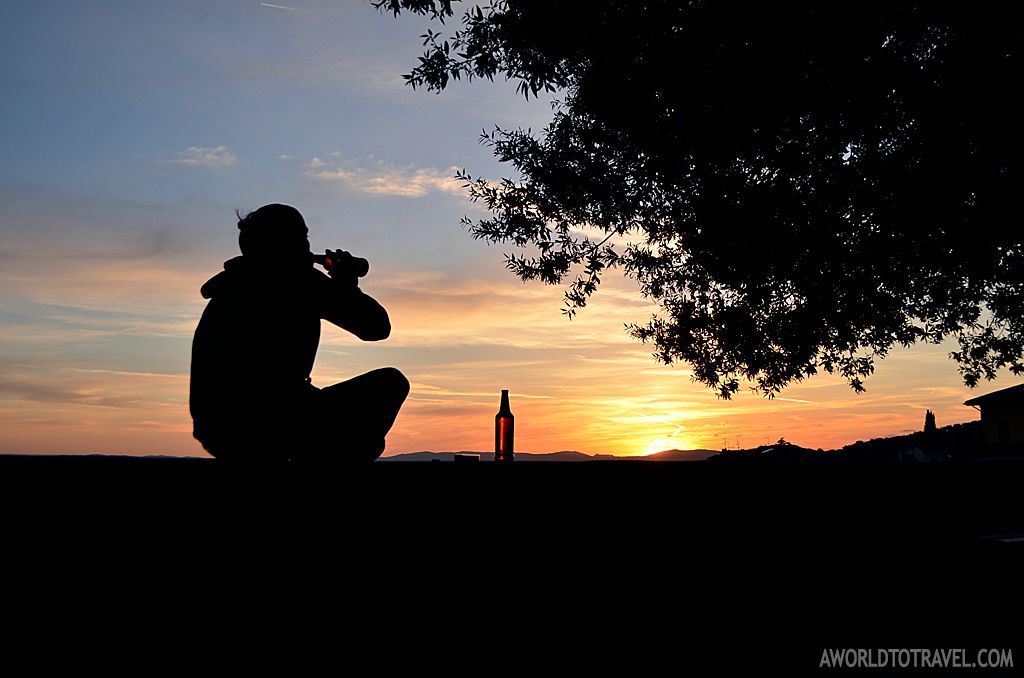 In this Tuscany town, we truly experienced one of our highlight experiences of 2014 when we got to fly a 2 seat airplane over the hills of Tuscany. Amazing. 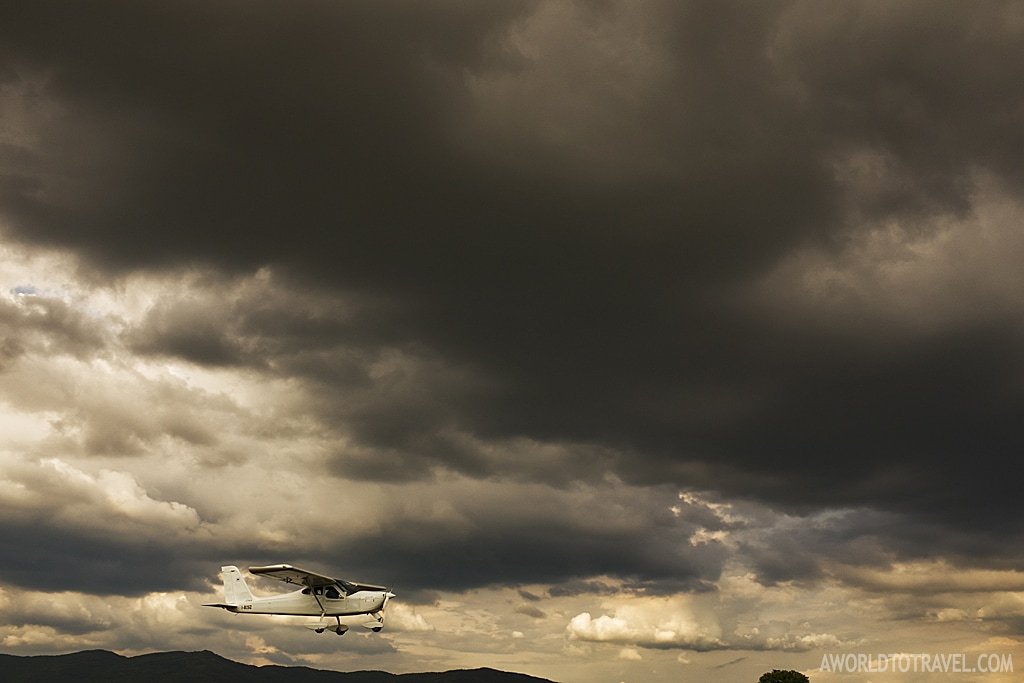 We started June in Milan, trying to pay a visit to Duomo square just to realize it was packed with everyone else trying to enter the free concerts that June,1st take part there. Oh well, this is a sign we have to come back a third time! 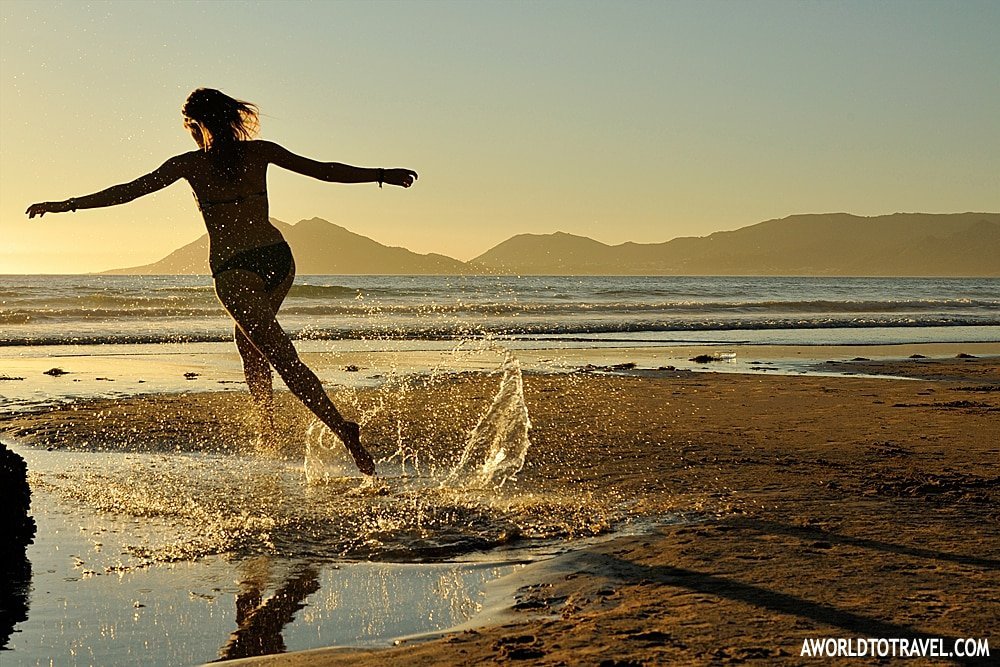 The rest of the month we spent it back home, in Galicia, catching up with friends and family before Inma headed to work for 5 weeks to the US as last Summers.
This year the chosen destination was Wisconsin. And it all resulted a bit dull if you ask me. It could get better if I hadn’t so much responsibility as my job demands though. Maybe it is time for a Summer job change?

After Wisconsin, I moved to Illinois, US and spend there two more weeks before coming back to Spain. And the dullness didn’t decrease but at least I got to check Chicago for a couple of times. And I loved it. 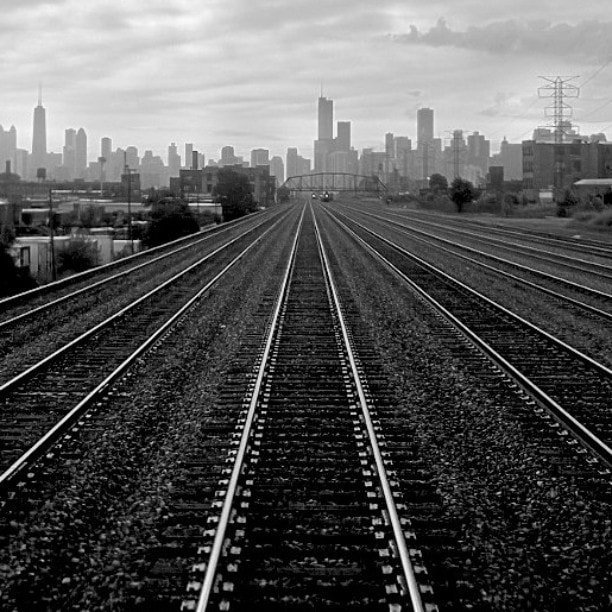 Some travel plans and job cancellations took part in August for unforeseen personal events. Still, I quickly paid a visit to our all-time favorite music festival, Paredes de Coura Festival in Portugal and managed to unplug for a couple of days.

September was mostly spent in Galicia.
Then Jose headed back to Russia for work and managed to take stunning pictures of how Arkhangelsk river was freezing day by day. 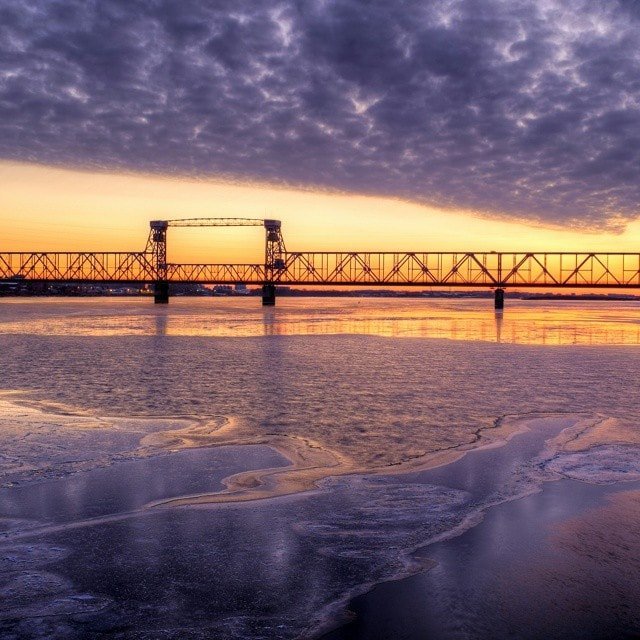 And I embarked on the Portugal Food Stories tour that would take me and other 4 bloggers to experience the finest foodie spots in the country. And yes, I also won my participation with a blog post this time. 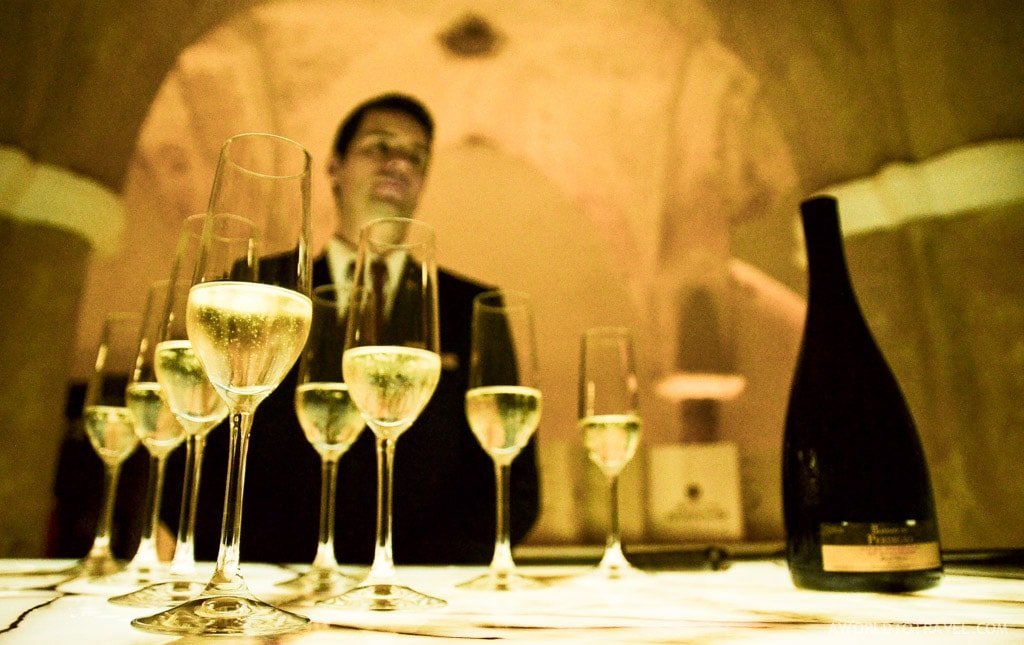 Press trips can be very time demanding. Some of them at least, and well this same reason caused the end of my freelancing job in September.
A sign that it was time to intensively travel again!

Once the Portugal Food Stories Tour was over, I headed to TBDI Italy – aka Travel Blogger Destination Italy celebrated in Rimini at the same time as TTG and TTI, one of the most important Travel Fairs in the country – for the second year in a row. 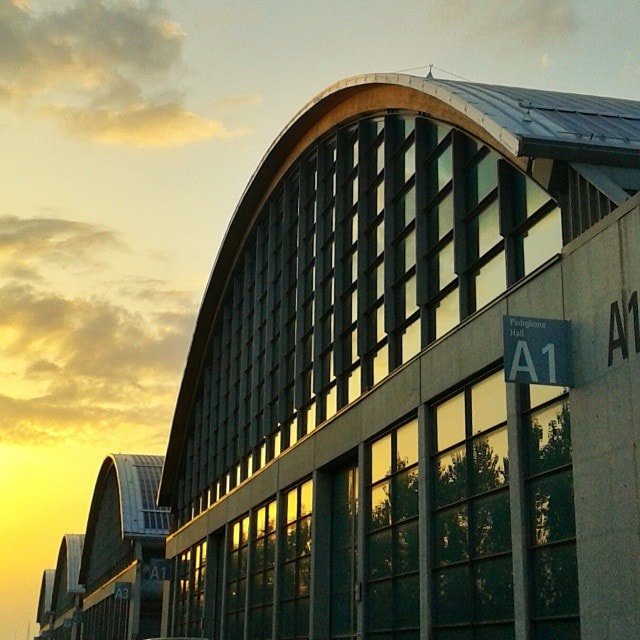 Soon after that, I had the chance of visiting the Riviera del Conero Natural Park thanks to the invitation of the nice folks at Marche Region 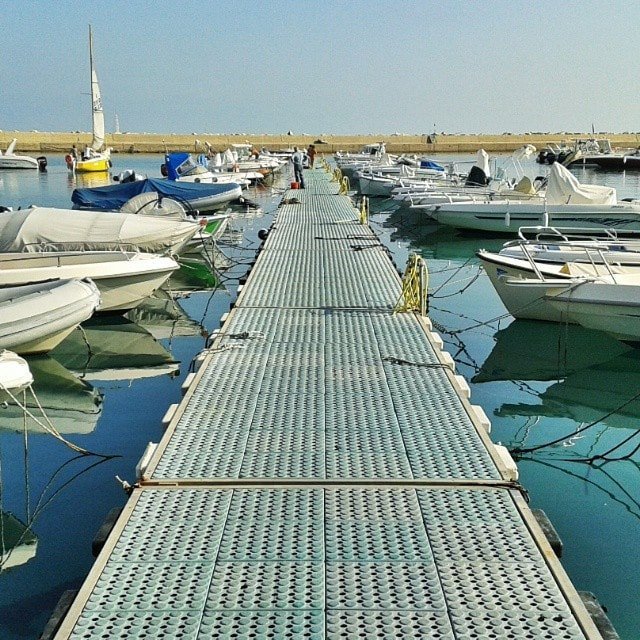 and the area around Siena, Tuscany, on a Fiat 500 vintage tour thanks to My Tour Tuscany Experts. 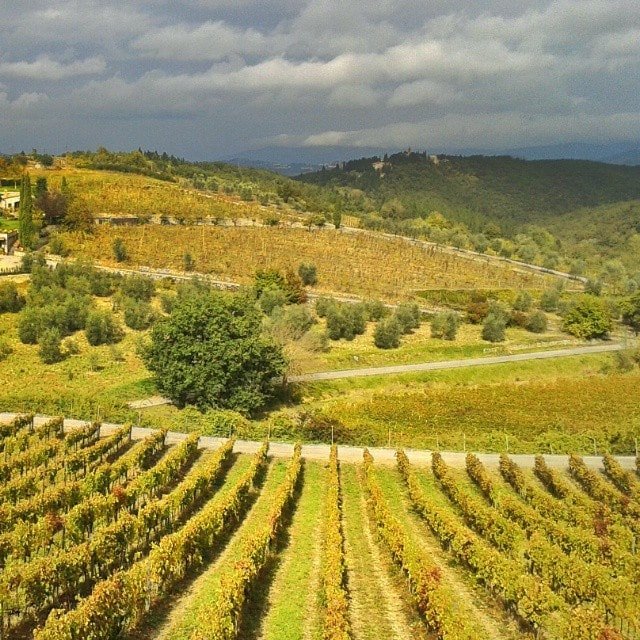 And then it was the time for another 2014 highlight, sailing the waters of Malta, Gozo, and Comino on a yacht! Still deciding if it was the absolute best of the year. Anyway, it doesn’t get that much closer. SO.MUCH.FUN! 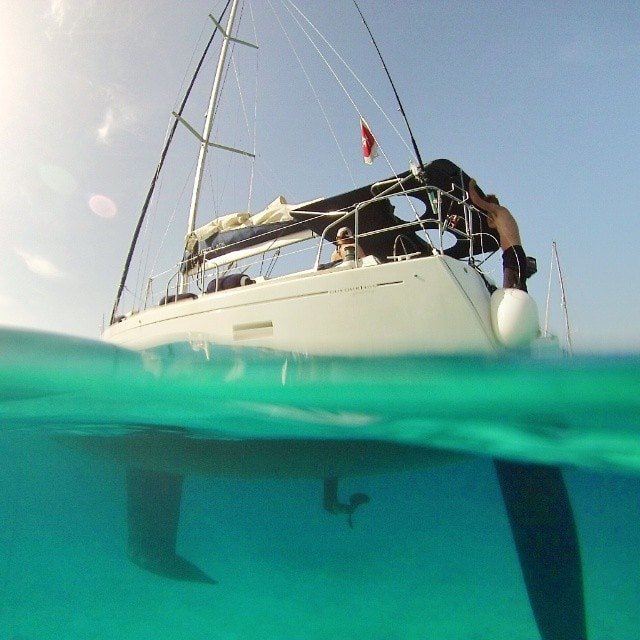 Finally, I ended the month in Greece, since the yearly TBEX Europe – Travel Blogger Exchange – was taking place in Athens, my fourth conference this year (there were five in the end!) and a unique occasion of spending time with friends in a grand city, another pick if I was going to move anytime soon. 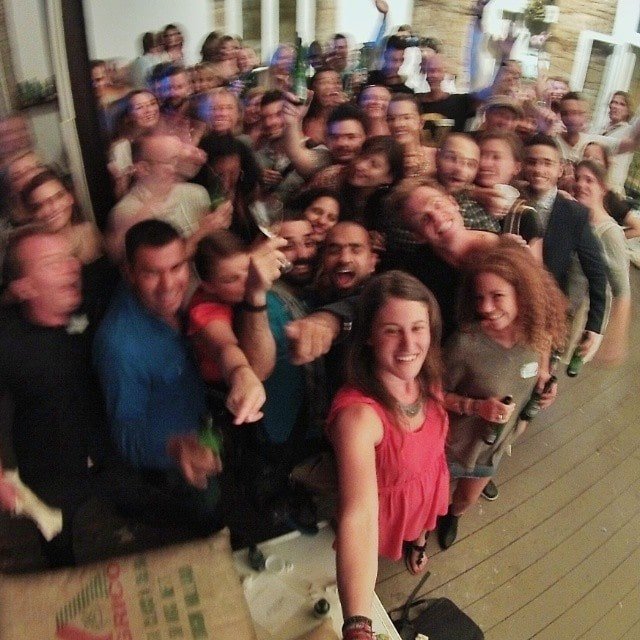 Well, wait. I actually went to Meteora, Greece, after TBEX, and I absolutely fell for this mesmerizing spot.
Bucket list it now! 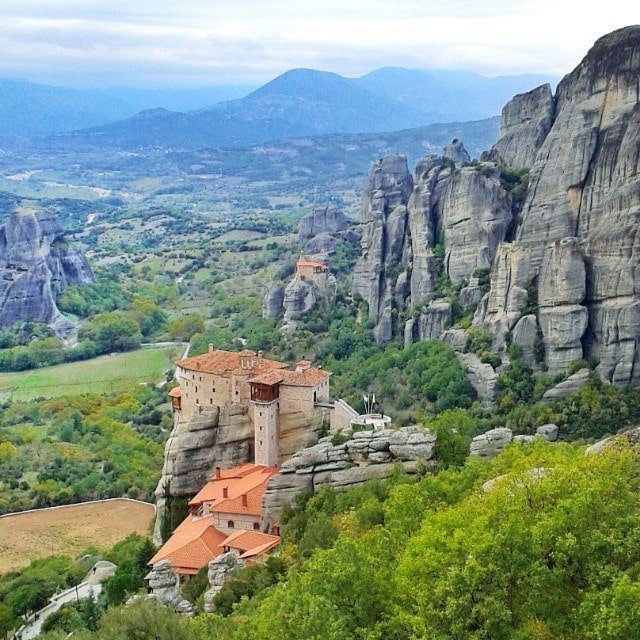 This month was another of firsts. After being picked to attend TBCAsia – Travel Bloggers Conference – in Sri Lanka, the first of its kind in Asia ever, I decided that heading there in advance would allow me to travel around the country at my own pace and so I did.
Awesome experiences like the ones lived in Yala National Park, flying a seaplane – thanks to this post – and many other spots have made it one of my favorite countries so far and I am already looking forward to go back there next year and continue exploring all it has to offer. 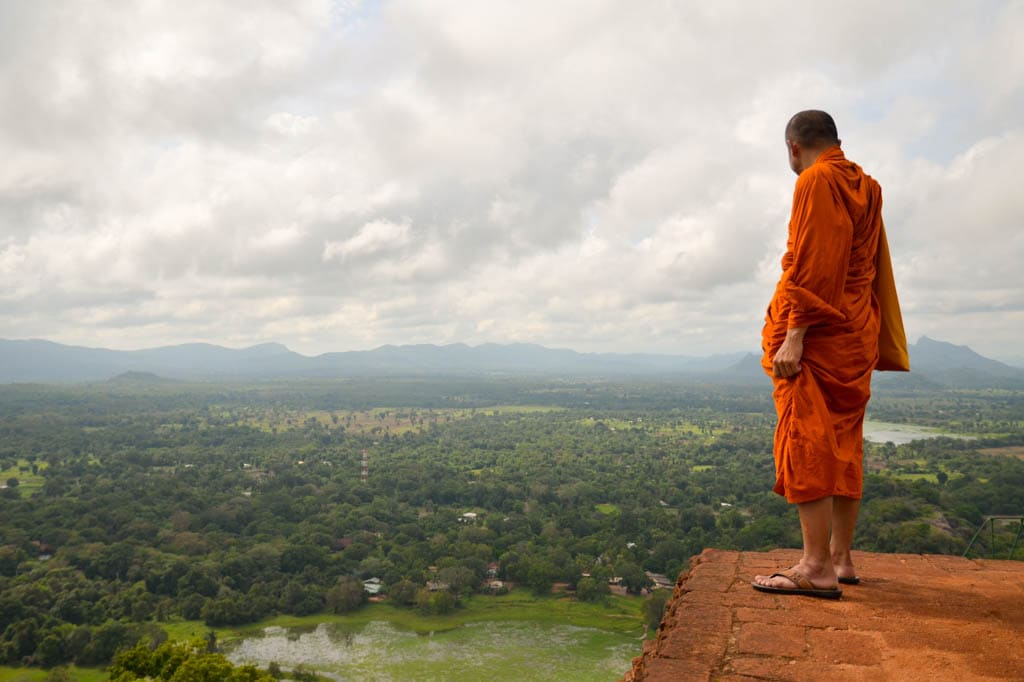 After this country, I finally made it back home after two months of non stop traveling around five different countries to just welcome a new truly unexpected challenge that I am still working on. Oh life!

This month has been the quietest of 2014 so far.
We focused on our homeland and Instagram and went almost everyday to capture Galicia’s coastline at sunset.

These December days our #Galicia beaches are looking particularly good in low-tide at #sunsetsforbreakfast 🙂 A photo posted by A World to Travel (@aworldtotravel) on Dec 12, 2014 at 10:05am PST

#Galicia, we love you! ♫ Music: Azure – Paul Kalkbrenner made with @flipagram

We also participated in a short blog tour with a few other Galician bloggers and explored the surroundings of a nearby area, Arousa Norte.

#tinypeopleinbigplaces #regalaArousaNorte edition #Galicia A photo posted by A World to Travel (@aworldtotravel) on Dec 12, 2014 at 1:22pm PST

As well as we took live a project that took over a year to be completed:
We haven’t made it out of Galicia yet and it won’t be till Jose leaves for Gran Canaria in a couple of days that this will change.

But fear not, we are keeping ourselves busy planning the upcoming trips of 2015. And yes, since you have been reading till here, here is a rewarding premiere of what is lined up on A World to Travel for the upcoming months:
Even with its highs and lows, 2014 has been a great year. THANK YOU ALL for your support and coming along.
Bring it on, 2015!