Spending 2 days in Barcelona isn’t nearly enough time to see everything the city has to offer, but it should give you a glimpse into life in Catalonia.

Famed for its historic architecture, thriving nightlife, and beachfront boardwalk, it’s easy to see why Barcelona is both one of Spain’s top travel destinations and one of Europe’s most popular cities.

A visit to Barcelona would not be complete without seeing its major landmark, the Sagrada Familia, a basilica still in the making after more than a century.

In this guide, you’ll see the perfect whistle-stop itinerary to see the city’s best attractions in just a few action-filled days. 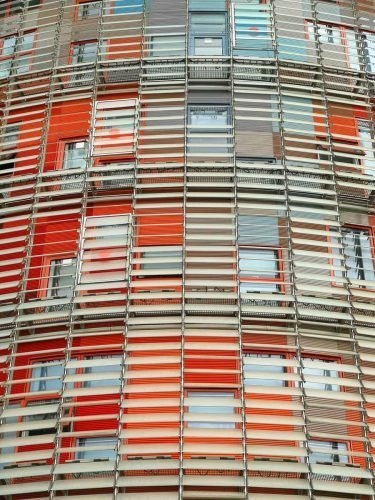 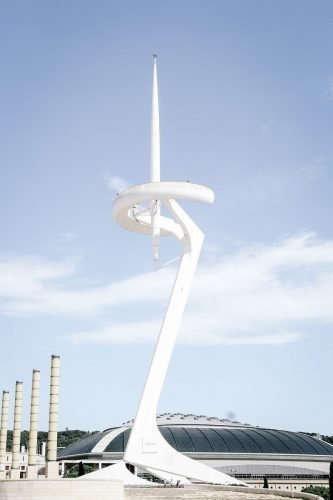 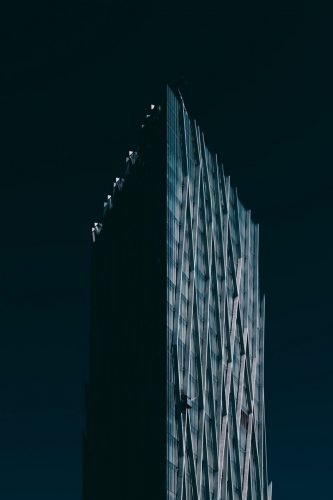 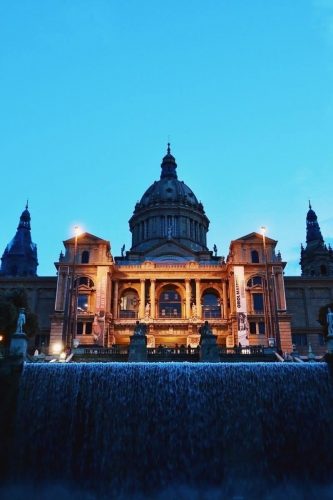 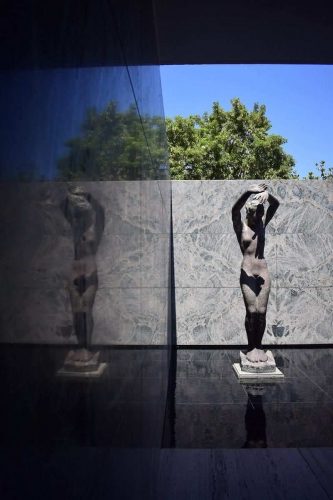 How to Spend 48 Hours in Barcelona

With only 2 days to explore the best bits of Barcelona, you’ll need a streamlined itinerary. I’ll break it down so that you spend the first day getting to know the city and Montjuïc, then the following day at some of the city’s best attractions.

Day One – Getting to Know the City 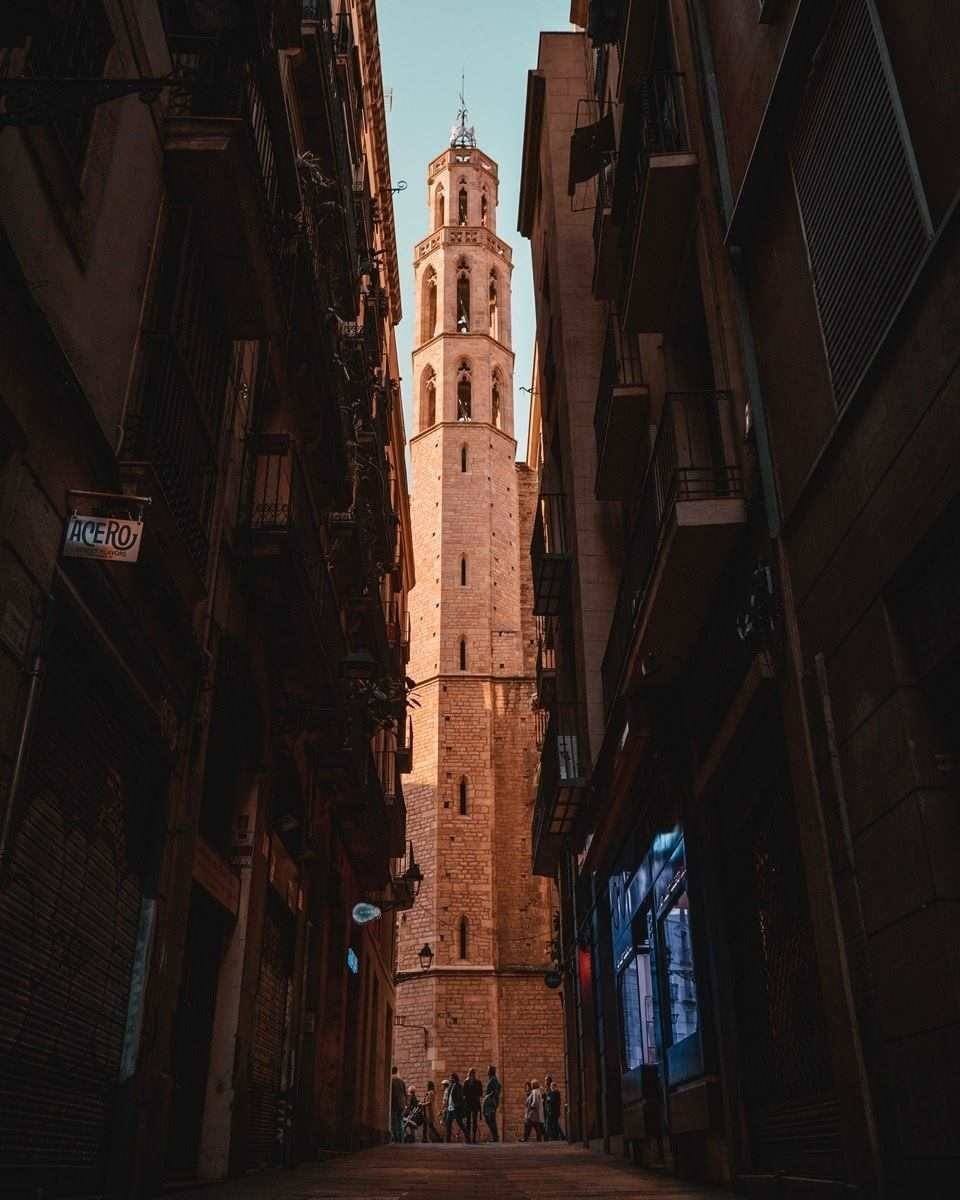 On your first morning in Barcelona, spend some time navigating the winding streets and alleyways of the gothic quarter. This is the oldest part of the city and the main tourist hot spot.

As you stroll around, it’s a great opportunity to grab some Gelato from the vendors on the street or visit one of the area’s trendy coffee shops.

At the center of the gothic quarter, you’ll find Barcelona cathedral, a 14th-century building that’s the seat of the Archbishop of Barcelona.

You have to go inside to fully appreciate it’s size, entry is free at certain times of the day or €7. Once inside, you can head up to the rooftop for a great view of the city. 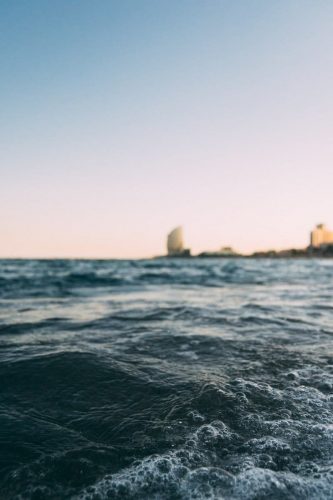 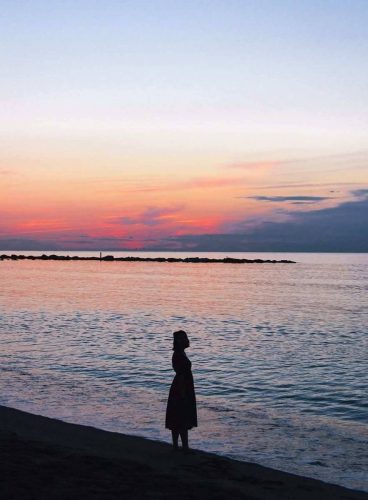 From the Gothic Quarter, head towards the neighborhood of Barceloneta, about a 15-minute walk. This area is full of bars and restaurants as well as being home to the city’s beach.

This manmade beach and boardwalk area was created when the city hosted the 1992 Olympics and hosted activities such as beach volleyball. Barceloneta, along with adjacent beaches, stretches for over 4km along the Mediterranean coastline.

The beach can get very busy during peak times, so you’ll probably want to walk up the pathway until you find a quiet spot to relax. Renting a bike to quickly reach it could be a great idea. 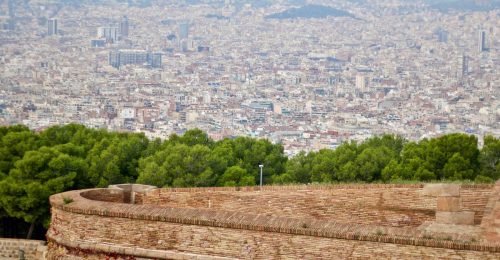 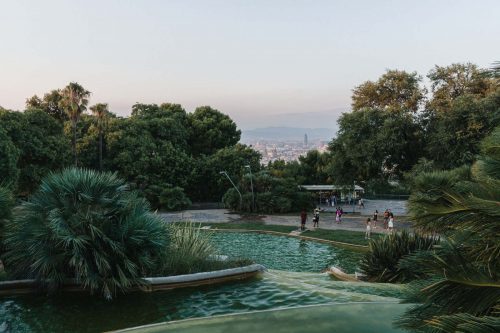 From your sunbathing spot on the beach, you may spot the cable cars running along the skyline. They run from the port area up to Montjuïc which is the perfect next stop on your 48-hour itinerary. I recommend getting a single ticket for the cable car (€11) as you’ll be able to descent another route.

The cable car will bring you to Miramar Gardens on Montjuïc hill, a huge park area with beautiful flowerbeds and ponds. Take some time to appreciate the gardens and then make your way up to Montjuïc castle that sits at the summit of the hill.

Montjuïc Castle is an old military fortress that has played a key role in many of the city’s conflicts and at one point even acted as a military prison. it now sits peacefully, allowing visitors to take advantage of its panoramic viewpoints.

Rather than getting the cable car back to the beach area, you can make your way down the west side of the hill.

If by this point, you’re exhausted, then you can take the cable car and funicular to Paral-lel metro station. The funicular will be included in any city transport pass you have but the cable car will be an extra charge. 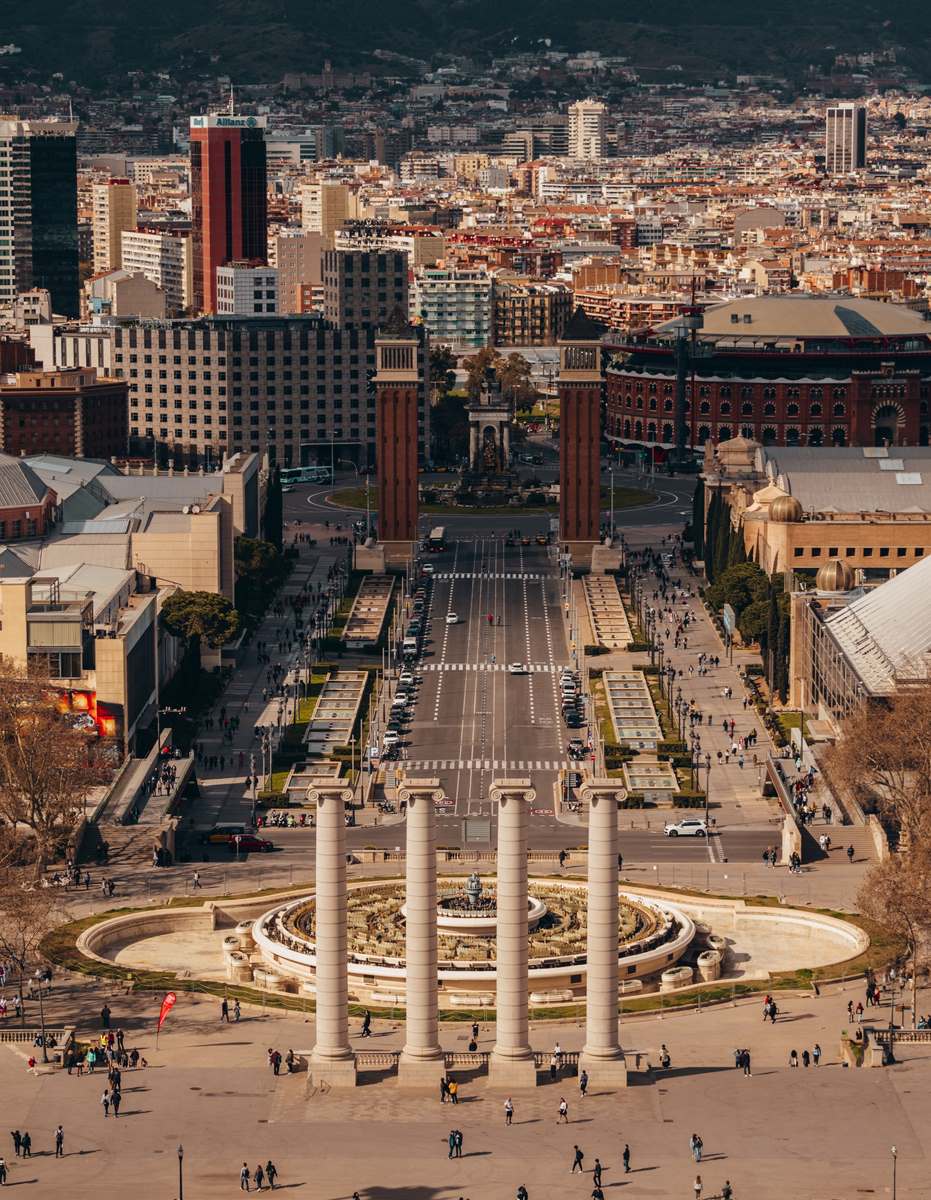 However, if you’ve still got some energy, I recommend walking down the hill towards Plaça d’Espanya. It’s an easy walk that will take around 45 minutes. 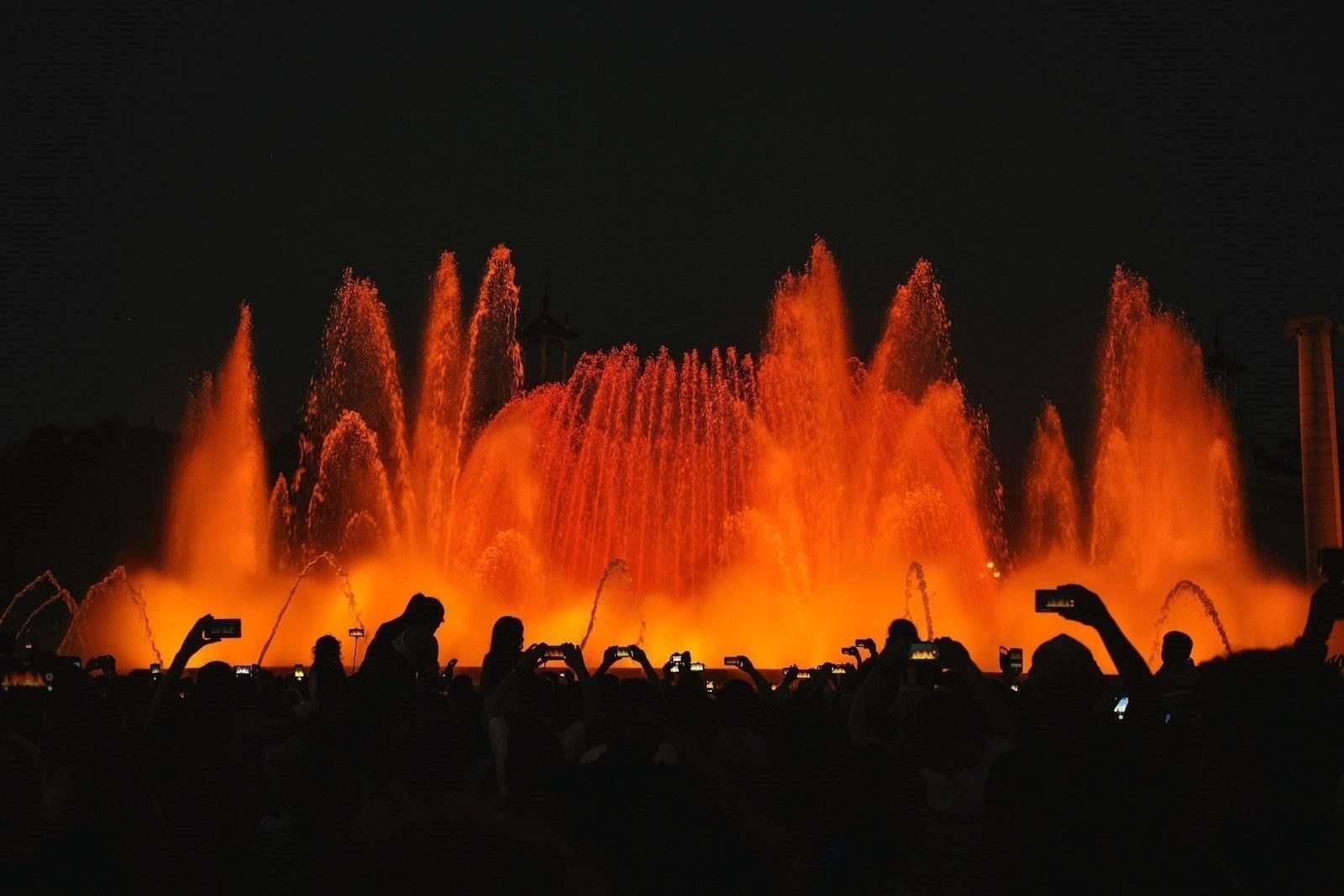 On the way you’ll pass by Montjuïc fountain, also known as the ‘magic fountain’ as each evening it comes alive with a display of lights, colors, and music. The times vary by season, so you’ll need to check up on this before making plans to see it. 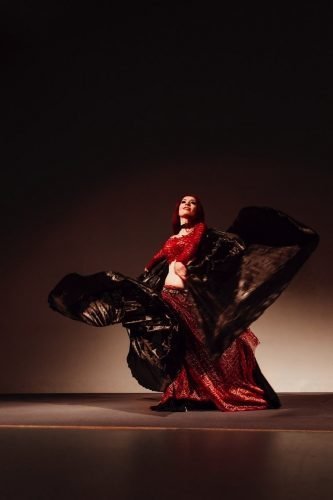 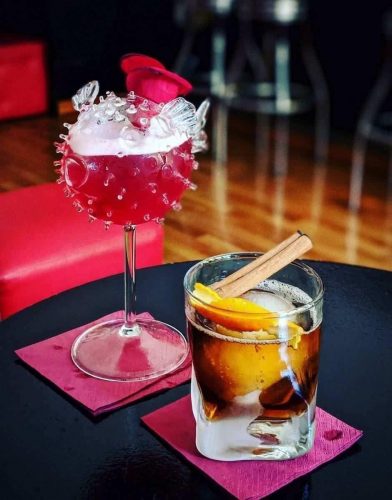 Whilst in Barcelona, you’d be a fool to miss out on the country’s famous art form, Flamenco dancing. The combination of a band, singing, dancing, and, of course, the clapping and tapping make for an excellent performance.

Flamenco does not originate in Barcelona, but it’s still a great place to enjoy a show. I visited Los Tarantos in the gothic quarter’s Plaça Reial, however, there are plenty of venues across the city to choose from.

After the show, you can experience Barcelona’s thriving nightlife. The city has something for everyone, from wine bars and cocktail clubs to underground nightclubs. I recommend beginning at Plaça Reial where the Flamenco show was and seeing where the night takes you. 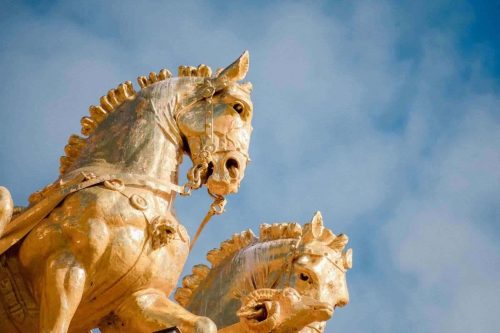 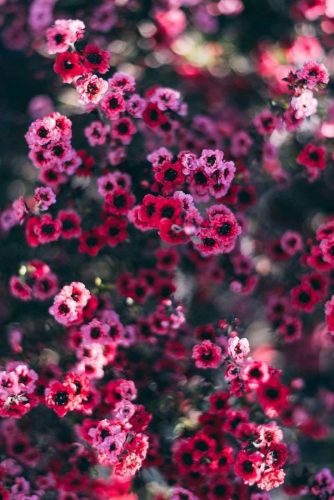 On your second day in the city, your first stop will be Parc de la Ciutadella. This is a huge park that was created for the Universal Exhibition in 1888 and has remained the city’s premier green space ever since.

The park is popular with both tourists and locals who use it to relax, enjoy a picnic or rent boats to ride around the lake.

The park is home to a famous fountain, the Cascada Monument. The fountain’s creator, Josep Fontserè, based the design on the Trevi fountain in Rome. One of his apprentices who worked on the project was Antoni Gaudi, who remained relatively unknown at this point but would go on to become an architectural legend. This is just one of his works that you’ll see on the itinerary today.

Read next: 15 Barcelona Buildings Worth Visiting 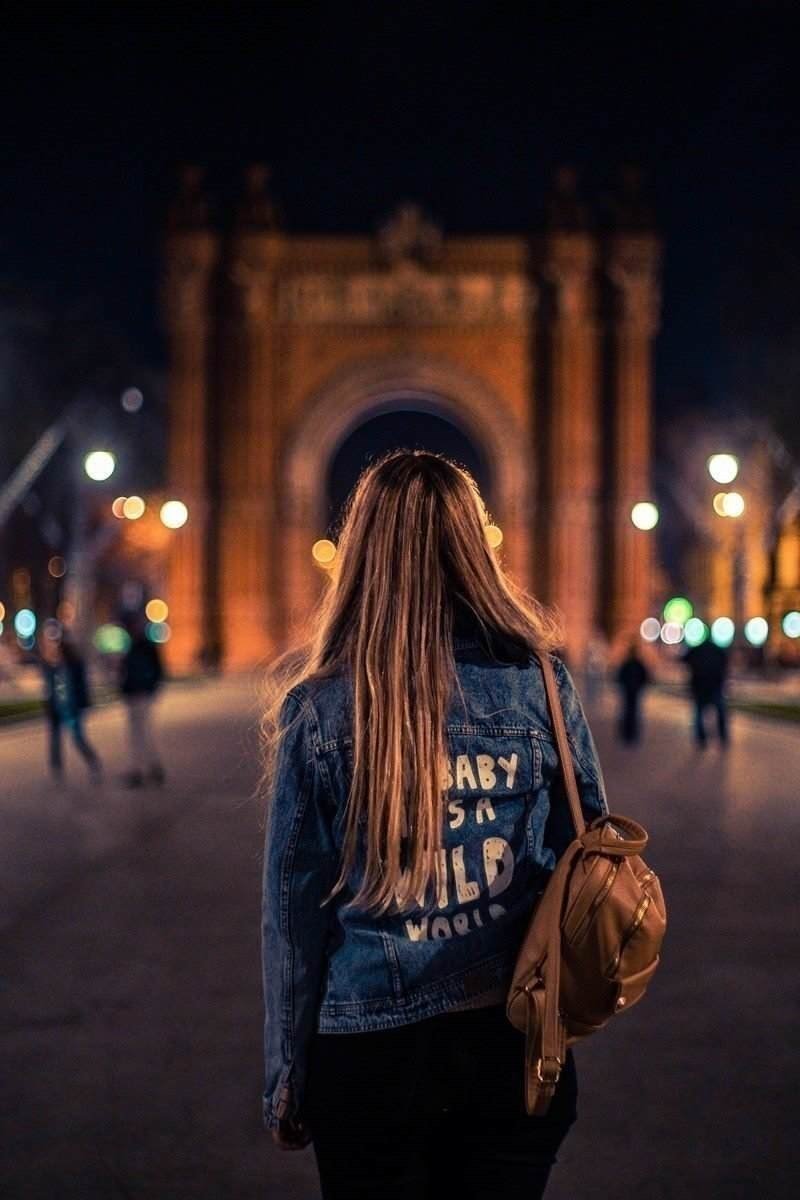 As you head through the park, you will eventually come to the mighty Arc de Triomf. The monument was built at the same time as the Parc de la Ciutadella ahead of the Universal Exhibition and was modeled after the French monument which had been constructed 80 years earlier.

The palm tree-lined walkway leading from the arch to the park is seen as a magnificent entrance to the city and is always alive with activity and people, from rollerbladers to cyclists and families. 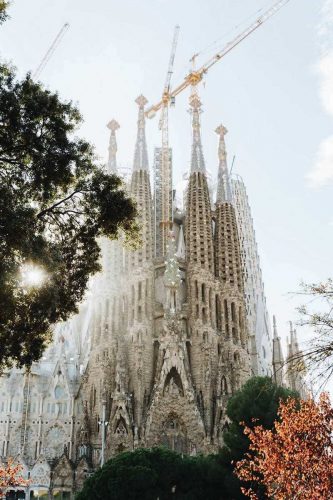 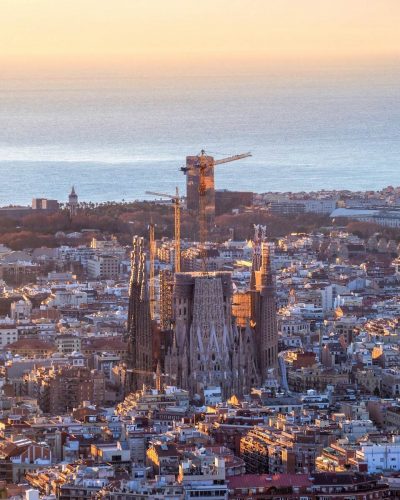 A 20-minute walk from the Arc de Triomf and you’ll be at Barcelona’s landmark attraction, the Sagrada Familia. The basilica is Gaudi’s pièce de résistance which he dedicated the final 43 years of his life working on. Even today, after more than 130 years of construction, the building remains unfinished, but we are less than a decade away from completion.

This architectural gem is already Barcelona’s most visited attraction, so you’ll need to book a ticket in advance to guarantee entry at your preferred time.

You should allow a good 1-2 hours to fully appreciate both the outside and inside of this beautiful building, the intricate details in the design are unreal. Queue jump tickets and tours of the towers are available, but you’ll pay a lot extra for these. 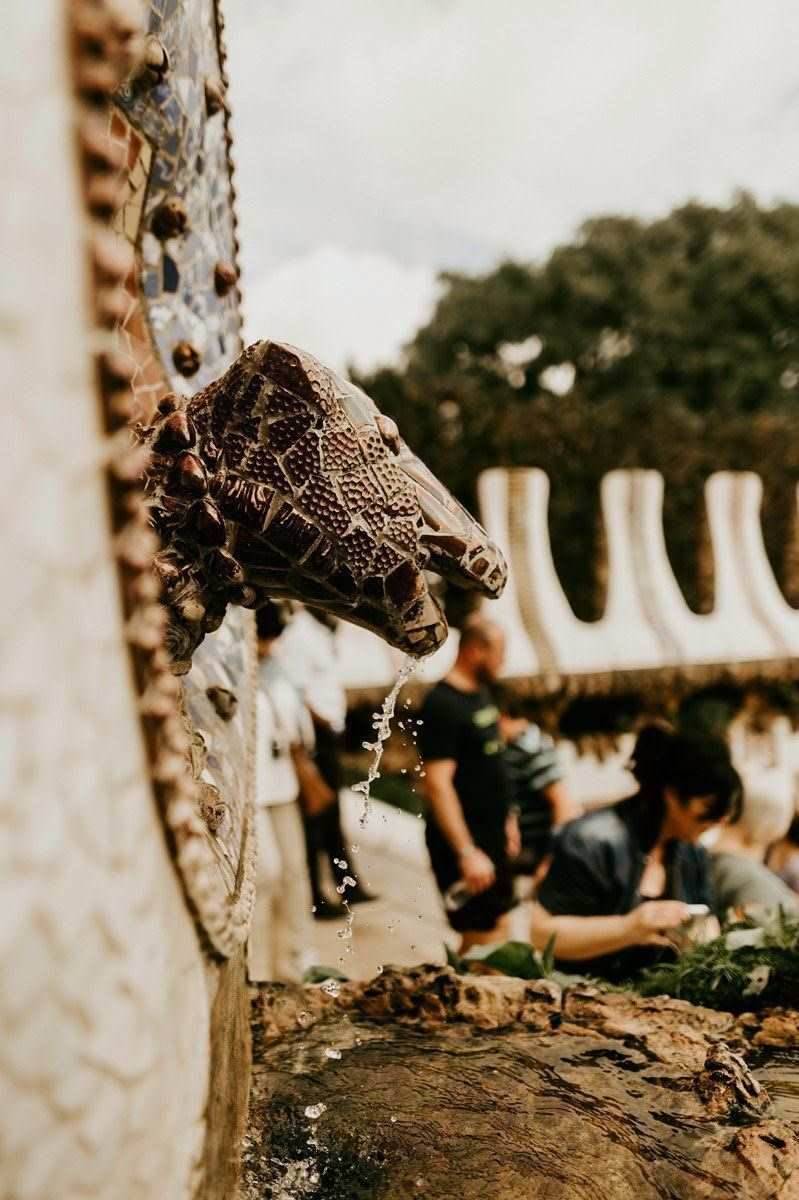 Most of Park Güell is free to visit except for the monumental zone where Gaudi’s main sculptures and buildings can be found. Whilst you can enjoy the park without paying, I would recommend you see this area if possible.

You’ll need to book your ticket to the monumental zone in advance as you’ll have to choose a half-hour visit slot. This is the time you need to enter the paid area but once inside, you can stay in for as long as you want. 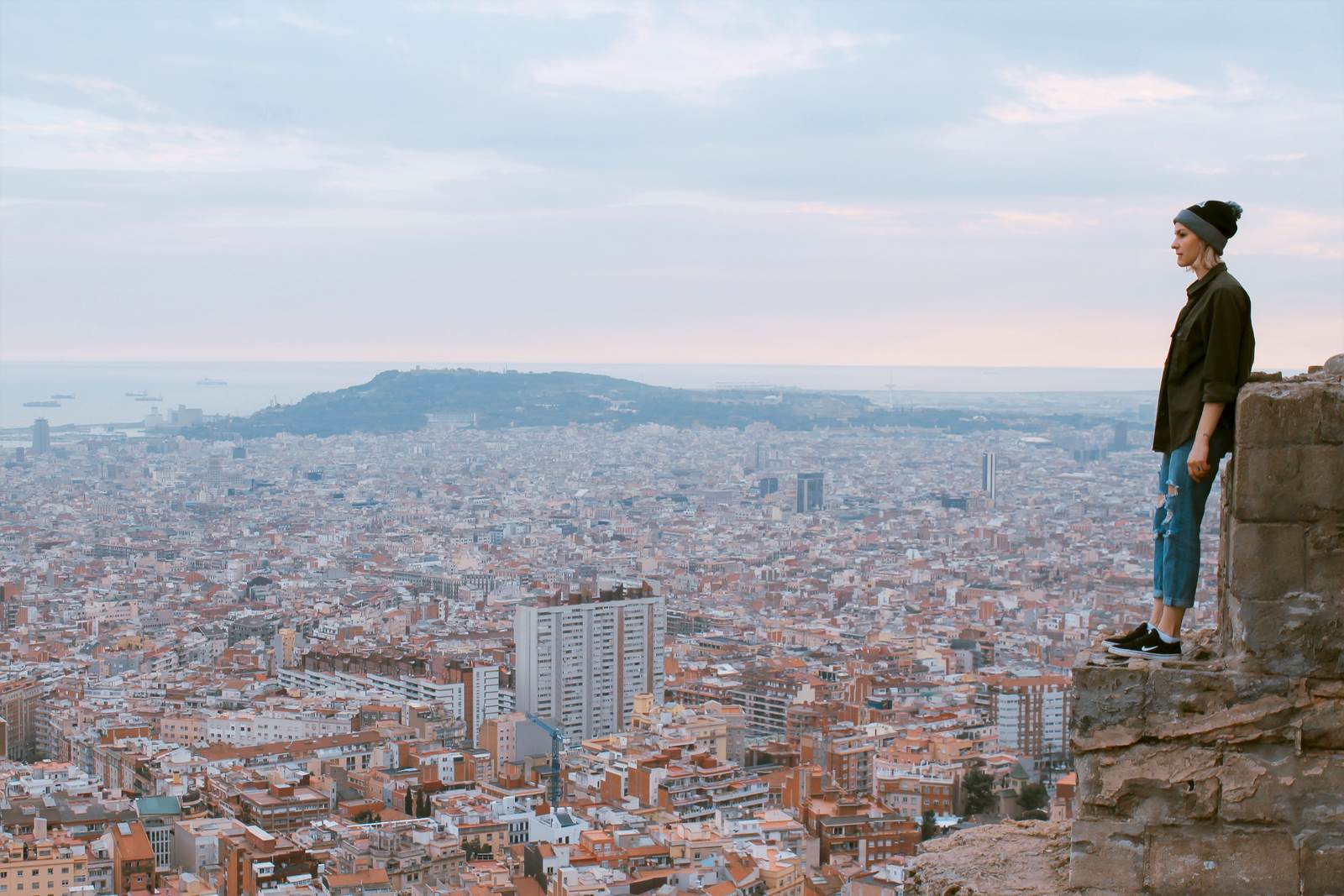 To finish your 48 hours in Barcelona on a high note, head up to Bunkers del Carmel, a great viewpoint that provides a 360⁰ panoramic view of Barcelona.

The Bunkers del Carmel (also known as the Barcelona bunkers) are easily reached from Park Güell by foot (it takes about 20 minutes), so it makes sense to visit them together.

From the bunkers viewpoint, you can see as far as the horizon with the Sagrada Familia and the beach all within view on a clear day.

I’d recommend taking some snacks and a beer or a bottle of wine to watch as the sun sets over this incredible city.

Where to Stay in Barcelona

With more than 400 hostels and hotels to pick from, choosing where to stay is quite a hurdle. Here are some of the best areas to base yourself during your 48 hours in Barcelona:

Gothic Quarter – The gothic quarter is at the heart of Barcelona, with bustling streets and buildings dating back to Roman times. Here you’ll find a lot of boutique hotels including the Catalonia Cathedral Hotel which is in a renovated modernist building right near Barcelona cathedral.

Eixample – This is one of the most diverse districts with shopping, nightlife, and many Gaudi buildings including the Sagrada Familia. As this is away from the main tourist squares, you’ll find better value accommodation such as TWO hotel Barcelona with a heated rooftop pool and jacuzzi or some of Barcelona’s best hostels if you’re traveling alone.

Barceloneta – This is an iconic area to stay in Barcelona, with great access to the beach and the city center but in an area that still retains the atmosphere of its fishing village roots. The hotels here are very luxurious including W Barcelona, a 5-star hotel on the waterfront, or Hotel 54 for those on a less extravagant budget.

Other Things to do in Barcelona

There are plenty of other activities and attractions in Barcelona that I’ve not been able to include in this 48-hour itinerary. If you can spend longer in the city or you have another chance to visit, you should also check out: 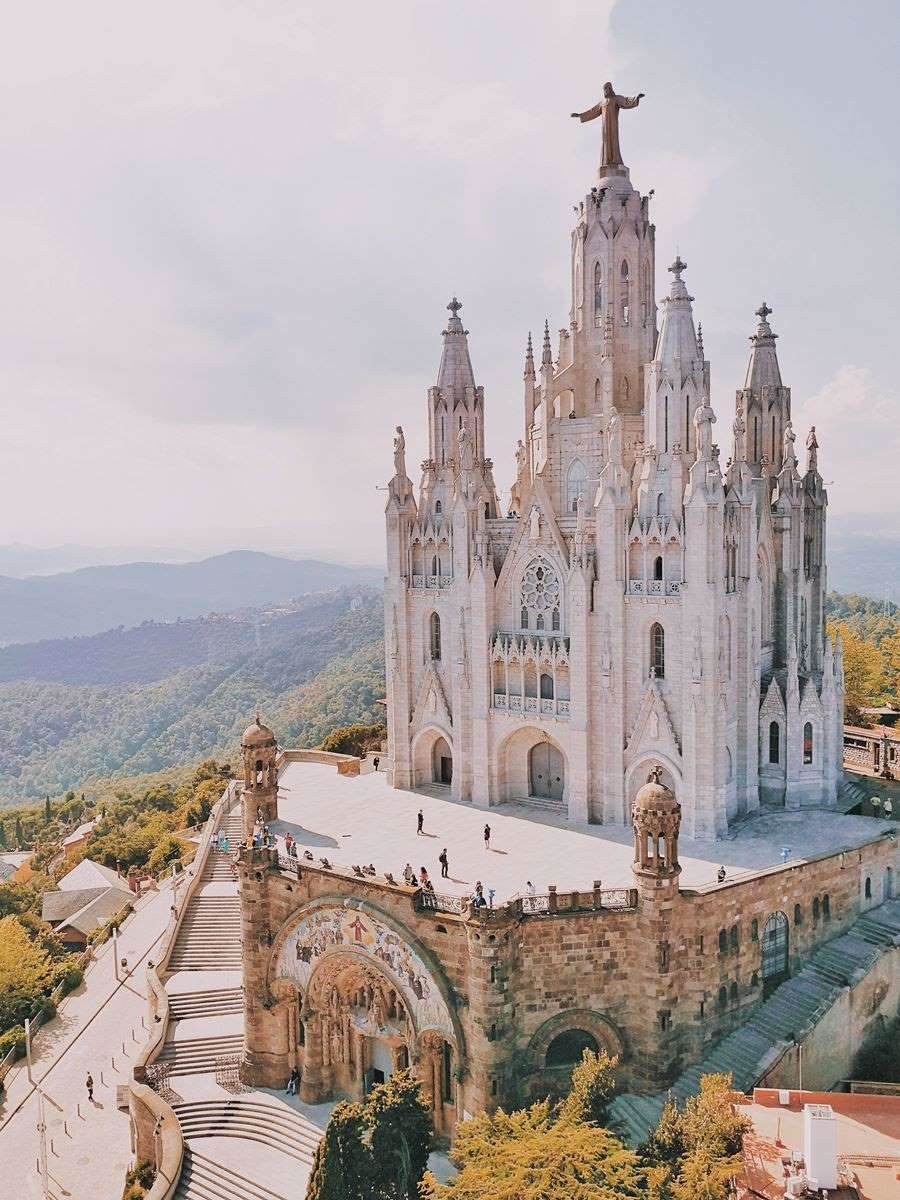 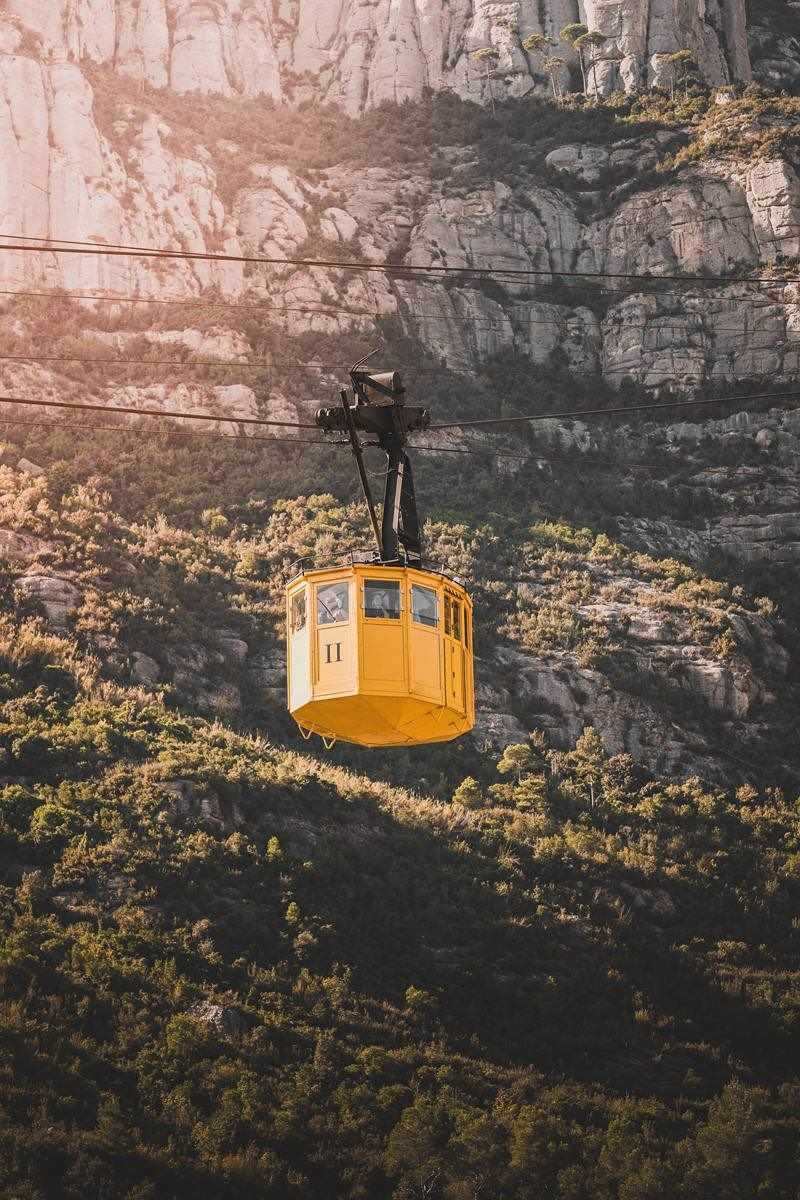 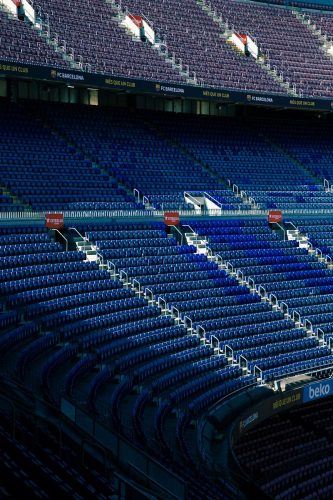 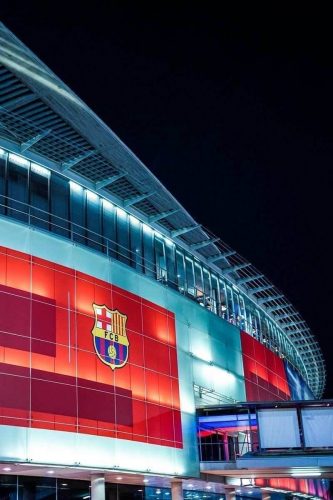 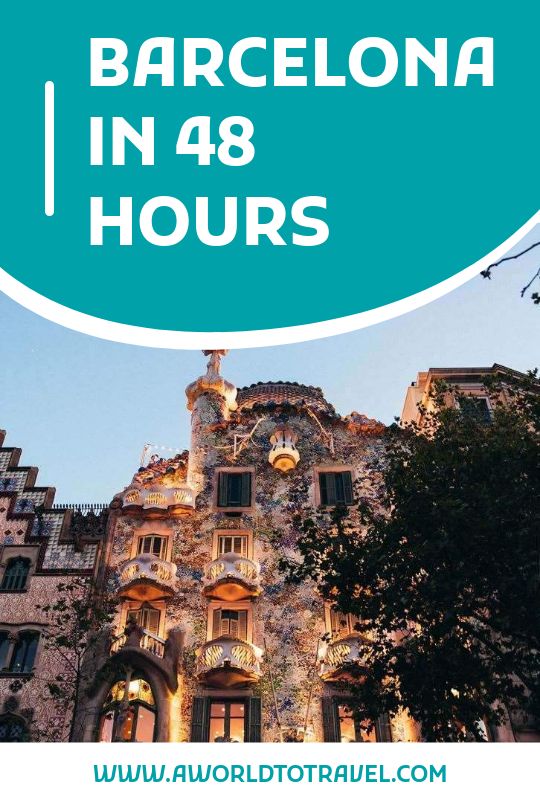 Kieren is a 20-something year old from Wales with a passion for adventure and backpacking. He’s spent time traveling through Europe and Southeast Asia with plenty more on the bucket list. Kieren shares tips and travel guides over at Got My Backpack.